I'm sure you've heard this a hundred times this week but September, seriously?

I was feeling quite mournful earlier in the week for my lost summer. We've been under local restrictions here since the end of July (though they have ended this week) so no meals out with friends or visiting my parents, and I've also felt too anxious to go to pub beer gardens or go anywhere that has required me dressing up in my summer dresses.

Summer is in no way my favourite time of year (you know I'm basic), but I'm mourning the idea of summer. The idea that I will eat an ice cream without getting it in my hair, or drink a brightly-coloured drink in a beer garden without being attacked by wasps.

I've spent more time inside than any other summer. After being able to see friends and visit people again in July, August's month of staying inside has felt repressive, restrictive. But the virus hasn't gone anywhere, even though it sometimes feels like it's been forgotten about now. And I'm anxious at the best of times, let alone when there is a legitimately reason to be anxious.

So this is a very quiet month in review. Lots of books, lots of films, a few long walks, and a LOT of DIY!

I described my One Second Every Day  for August as "DIY and dog", so that is definitely what you're getting here!

About 6 months ago, we decided we should probably address our wardrobe situation. July marked 3 years of living in our house, and we were still using IKEA rails. The downstairs of the house was basically done after years of saving up for furniture pieces and new carpets and painting and decorating, but we hadn't really touched the upstairs of the house, except the bathroom, since we moved in.
So we had a play on the IKEA website for a PAX system and had a bit of a chat about it. And then you know, we got a dog and kind of forgot about it.
Then Phil had a few days off in July and decided he was going to strip all the wallpaper off the walls upstairs, and the hall. So that was our room, the back bedroom and the hall. Then we went to IKEA and placed the most expensive order of our lives (and also threw in a new sofa for good measure for the front room which might have been one of the most impulsive purchases of my life?) 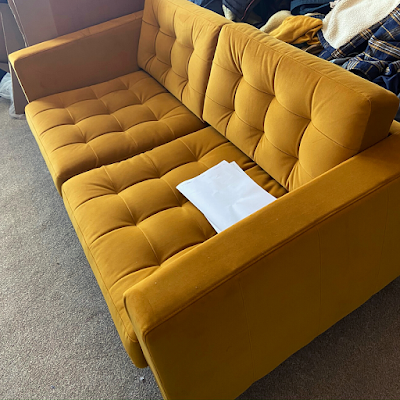 (Please excuse the mess behind.The front room has become a bit of a dumping ground while we do upstairs, and we still haven't gotten rid of our old sofa!)
So everything arrived and it was... a lot. We still have a few little bits to finish, but it basically took us nearly 2 weeks of building wardrobes almost every evening and weekend to get the wardrobes all ready to go.
And they look awesome! And we love them! All my clothes are finally in one place!
But we are nowhere near done. When we got the plasterers in, it turns out we need quite a bit more doing in our hall and spare rooms than we had planned (yay...) so now we're kind of living in a weird limbo mess where we can't buy paint or talk about carpets and we have four rooms in disarray (including the two we are both working from home in!).
BUT we did manage to paint one room and our spare rooms are so much tidier now we don't have clothes across different rooms and I'm so excited to get everything done! Hopefully I'll have something to show next month! 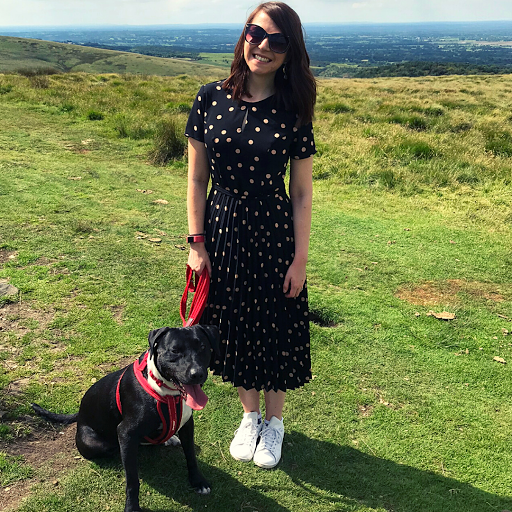 Seeing as we couldn't do much last month, we did a LOT of walking. We went to Lyme Park twice, once just the three of us and once with my parents, which was so nice as we hadn't really been able to see them with the restrictions, and we went for a walk with Phil's parents too which was amazing because even though it wasn't exactly warm for sitting outside I got to finally sit in a beer garden! 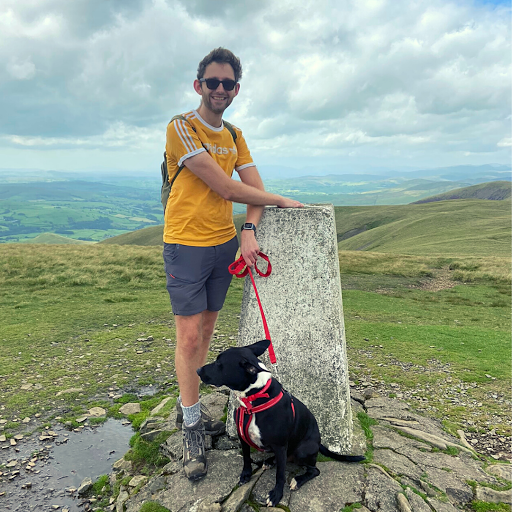 And there was also the big walk. The really big walk. The walk that was meant to be a 3 hour walk. We drove up a few hours to between the Yorkshire Dales and the Lake District and it was beautiful. The walk started out well, bit tough early on, up to a waterfall. Then further up to the very very top. Beautiful views up there, all the way to the Lake District. And then after that we thought we'd be making our way back down. Somehow we were still going up? And getting further away? Eventually I said "oh I can see the village we drove through on the way here!" and Phil said, "god I hope not that village was miles away." And reader, it was the village. We arrived there after over 4 hours, four and a half miles away from the car. Six hours after we left on our three hour walk, we made it back to the car. We were tired and hungry and euphoric and utterly exhausted, but honestly, I don't remember one time I wasn't having a good time. The weather was beautiful and the views were amazing and I had my husband and my dog. Cheesy but true. 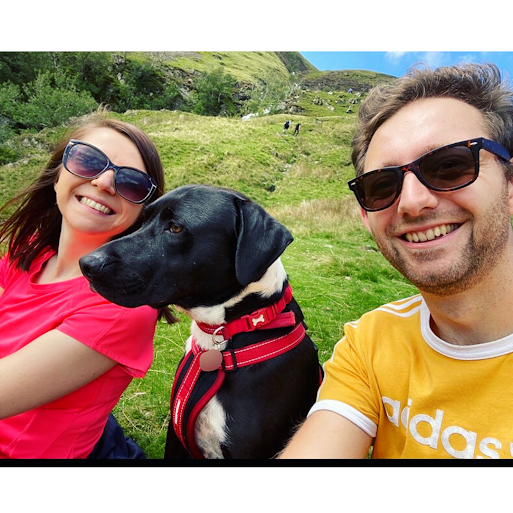 It's not super surprising that I read my 100th book of the year in August. Weird year. 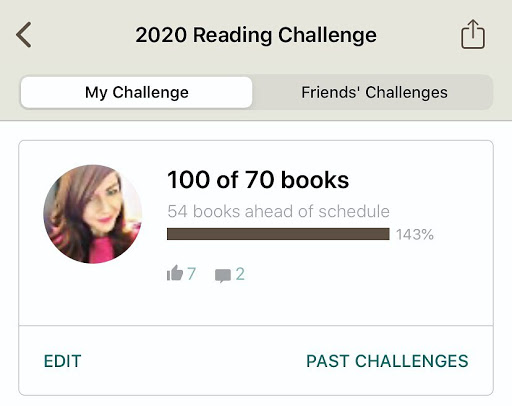 SO many films in August! Normally we manage maybe one film a week on a Sunday night, but seeing as we couldn't really see anyone and weren't super inclined to go anywhere, we did a lot of film-watching in August.
Here's what we watched.
First time watches:
My absolutely favourite film watched in August was Host. If you haven't seen it, get yourself to Shudder right now and sign up for a free trial. Honestly. It's one of the best films I've seen this year. It's a horror film set during lockdown and FILMED during lockdown, and it's all set on Zoom (which was interesting as the film we'd watched just before was Searching, which I also loved, which is all set on a computer screen). It's amazing and absolutely terrifying and I actually out-loud screamed. I've been recommending it to EVERYONE.
Rewatches:
Films watched at the cinema (!!!!!)
Guys we went to the cinema!!!!! We haven't been bothered about shops reopening or pubs and restaurants reopening, but the cinema has always been really important to us. We both have Cineworld Unlimited cards and normally go to the cinema at least two or three times a month, so while we didn't rush straight back, we were really excited to be able to go again.
The first film we saw was Jurassic Park in Cineworld's 4DX (where the seats move in time with the film, water splashes at you, air blows at you) which was so so so much fun. I'd never seen Jurassic Park on the big screen before and godddd it's still so good! An absolute classic.
And then of course we had to go see Tenet. We'd been waiting so long to see it. We saw it in IMAX and honestly, I had absolutely no idea what was going on but I had an absolutely great time! I think we're probably going to need a second watch now we've read up a bit more about it!

I've been really enjoying the podcast Nice White Parents from Serial productions, and we've just started the tv series of I'll Be Gone in the Dark which I'm finding incredibly sad and upsetting as well as brilliant. I absolutely loved the book and I think they've done a really good job of making it Michelle's story and about focusing on the victims not the killer. Murder-y stuff isn't really for me normally cause I'm a bit too empathetic and I find most stuff focuses too much on the killer and ignores the victims, but I had to watch this after the book. 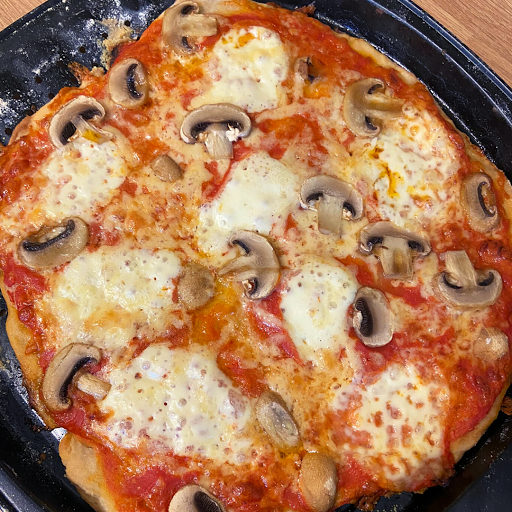 Also shout out to this pizza which we've made twice, Nigella's watermelon and feta salad, cooking predominantly from Jerusalem and Falastin and making multi-dish meals on a Sunday which make for the best lunch leftovers, Phil still baking from One Tin Bakes on a regular basis, Dorothy Perkins midi dresses and of course, my dog.

Bon Appetit - 35 Lessons from our quarantine kitchens
Refinery 29 - Has coronavirus finally put an end to toxic spirituality?
Refinery 29 - Stop aiming for 100% all the time and let yourself be human
Refinery 29 - My Mum used to say "stop wishing your life away". She had a point
The Guardian - Ottessa Moshfegh interview
Refinery 29 - In defence of turning off all your notifications
Digital Spy - Interview with the cast of Host
Writing Between Pauses - 4 Signs you need boundaries
Bethany Rutter - Why I will include a fat protagonist in every book I write
The New York Times Magazine - Sweatpants forever
Refinery 29 - My complicated relationship with catfishing as a plus sized woman
Refinery 29 - When reality TV stars die, who is to blame?
Bon Appetit - When did recipe writing get so whitewashed?
Refinery 29 - Friends on furlough. How coronavirus shapes socialising
Vittles - The lifechanging magic of cookbooks
Writing Between Pauses - Journal prompts for setting boundaries
The Outline - Sugar, we're going down posting
A Rosie Outlook - Mum guilty and Mum anxiety
The Atlantic - The women making conspiracy theories look beautiful
Financial Times - The Curse of the Airbnb aesthetic
Poorna Bell - 100 kilos of inner strength
Stephanie Yehoah - How to learned to stop using my body as a punchbag
Conquest of the useless - Former NME editor on a bygone rock era
Have a great month!
Charlotte