You can see a lot of this in my One Second Every Day for the month below, and here's everything else I got up to in May...

This seems kind of insane to say but last month I ran an actual race! Tatton 10K was my first race since October 2019 and it was so exciting to have something to train for. I've obviously been seriously missing parkrun (and particularly gutted the start date has been pushed back when it was meant to be back this weekend) and we didn't even realise races were going ahead until Phil found out about this one a few weeks before the date.

It ended up being honestly the wettest race I have ever run. We arrived early as we always do and we were absolutely soaked to the skin before we even started the race. It was torrential, diagonal rain and winds and at one point, going uphill into the wind, I felt like I was crawling.

But it was so amazing to be racing again. There is nothing like that crossing-the-finish-line feeling, especially after not doing it for so long. It was an incredibly well-organised and safe race with a great medal, and Phil text into Radio 1 so we got a shout out too!

After I'd had a shower and something to eat after the race, the next order of the day was to pick up my new glasses! I haven't had new glasses since 2014 but I was so ready for a change. I got these gorgeous round-ish tortoiseshell ones and I'm obsessed! Normally I only wear my glasses at home but I've been really enjoying wearing them out (though I do find it really hard to apply my makeup without my contacts in!) 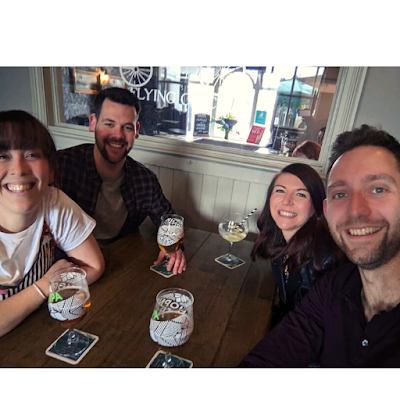 As I mentioned in the intro it's been so brilliant to see people inside, and one of the first things we did after the announcement was book in a little dinner party with our friends Meg and Si. Our little dinner and games nights were a regular feature of pre-pandemic life so it was so good to get this in the diary! We went to the pub and then I made an Indian feast of dal, paneer curry, rice and homemade naan, followed by Phil's custard cream cheesecake and we spent the night laughing til we cried playing Blockbuster Returns. It was the best. 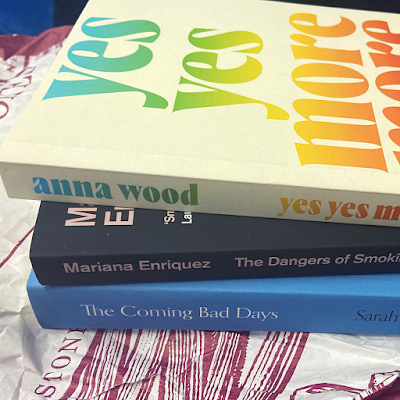 Speaking of seeing friends, I took my first trip into Manchester since March 2020 to meet up with one of my best friends, Riven, to celebrate the start of the Bank Holiday weekend. I got in early and went to an actual bookshop and bought actual books, and then we went to Bundobust, my favourite place in Manchester (you'll notice a theme here later). After amazing food and drinks there we went for a cocktail and then walked around the city with Riven giving me a tour of the local graffiti which was really cool. I was super nervous about going into town and getting on a train again and while it was a bit bizarre how much has changed in the city centre, especially in the last year (it feels a long time ago that Phil and I lived in town!) it was so amazing.

We enjoyed the rest of the Bank Holiday weekend with some lovely walks (including finding an ice cream van in our local park and of course getting 99s), a BBQ and erm... another trip to Bundobust for our friend Pops' birthday too!

And for a brilliant end to the weekend, I got my COVID vaccine! I'm so grateful for science (and Dolly Parton).

Ten books in May:

My favourite reads were Detransition Baby which I've wanted to read for months and finally got around to reading, The Paper Palace which is my favourite kind of slow-burn family drama, I Who Have Never Known Men which is brilliant dark dystopia, Tell The Wolves I'm Home which is sad and beautiful, and Absorbed which was dark and horrible and wonderful.

I didn't manage to make it to the cinema in May after a house emergency scuppered our plans to see the new Conjuring film, but we did watch the second Conjuring film in preparation, as well as Nomadland which we loved, and we finally finished the Before Trilogy with Before Midnight which was the perfect ending.
Some cosy rewatches this month were School of Rock, The Incredibles and The Room which I'm not even embarrassed to admit is one of my favourite films.
We also loved the Bo Burnham Special on Netflix, and I enjoyed a documentary on Tonya Harding The Price of Gold on iPlayer.
Finally we started season 4 of my favourite ever drama series, Fargo.

Two new-to-me podcasts in May. I LOVE Home Cooking with Samin Nosrat for soothing background listening for work. Samin is so cute and brilliant and I love her so much.
I'm also really enjoying Cocaine and Rhinestones, a podcast about twentieth century country music. I was put off by the host's voice at first but I'm so glad I persevered as I'm absolutely bingeing it now and I'm so glad there is a second season for me to enjoy! 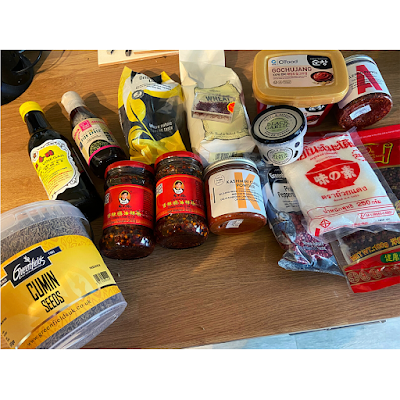 After months of dithering I finally placed a Sous Chef order I've been planning to do since February. Currently obsessed with crispy chilli oil on everything. 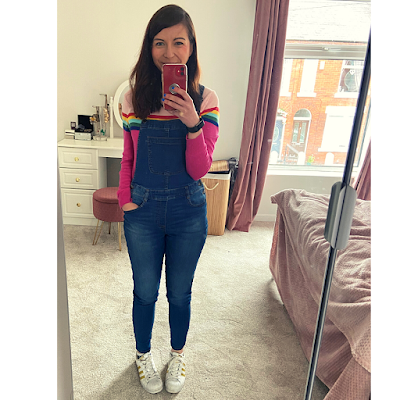 My other major obsessed in May was my dungarees. I decided a few weeks ago I really wanted to try being the kind of person who wears dunagrees but I really struggled to find any with the slimmer fit leg that I prefer. After searching for weeks I found a pair from Dorothy Perkins and ordered them in both blue and black and I cannot.stop.wearing.them. I'm genuinely mad that the weather has been so warm lately because I haven't been able to wear them. Fully obsessed with looking like a 90s kids TV presenter. 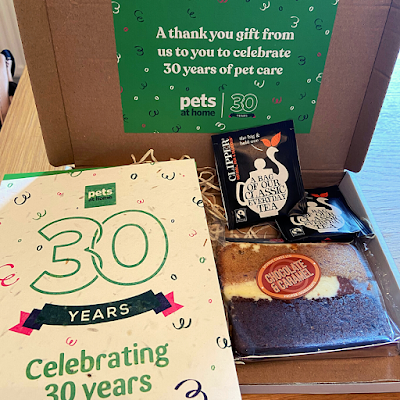 I told you in my April update I'd started my new job at Pets at Home and I'm enjoying it so much! In May we celebrated 30 years of Pets at Home and we got a box through the post of tea and cake, a card full of seeds we could plant and a pin badge, and a tree was planted for every colleague! I also had a great day out visiting stores last week for some real-world experience. It's such a lovely company and I love getting to work on new pet propositions all day!

Hope you're having a lovely sunny June so far!