So here we are, September! Technically the beginning of autumn, but as I mentioned in this post, as much as I love autumn, I'm going to try to eke out the last few weeks of warm weather as best I can before I bundle into my jumpers til May.

August has been pretty quiet around here, but in the best way. Lots of trips to the pub, seeing friends, cross stitching, BBQs, meals out, reading, nice walks and buying things for the house. September is a bit of a busy one for us so it was really nice to have a chilled out August.

Here's my One Second Every Day for August, and below is everything else I got up to.. 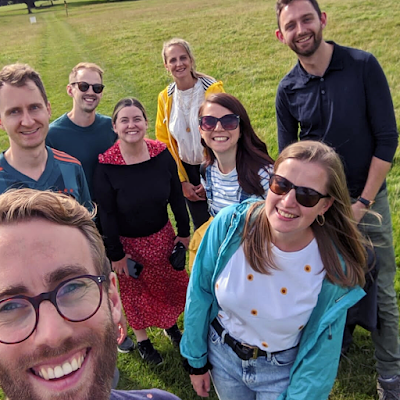 At the start of the month we had a lovely little weekend away visiting Phil's friends in Milton Keynes. We hadn't all seen each other in 2 years thanks to Covid, and we had a new baby to meet! We had a lovely walk, lots of catching up and a great pub dinner. It was so lovely to see everyone and get away for the weekend.

With three weeks to go now til my race I'm in deep with training for my next half marathon. This is going to be half marathon number 9, but it will have been nearly 3 years since my last real half marathon by the time I get there. I've had loads of injury struggles this time around and have spent the last few weeks massively cutting back on my training and having to adapt my usual training plan, but the hard work I've put into my rehabilitation seems to have worked and I'm hoping I'll be fine for the race. I was really hoping for a PB but now I'm having to adjust my expectations - there's always next year! 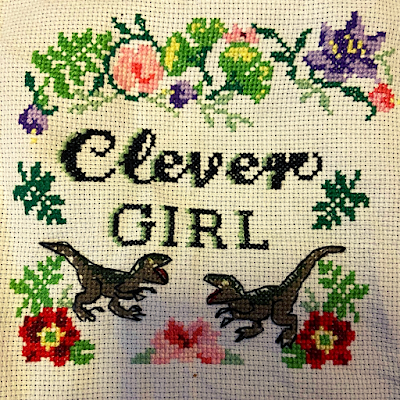 As I mentioned in the intro, there's been a lot of cross stitch lately after picking it up again in July after close to a year off. We've had loads of evening lately with me cross stitching and Phil playing Football Manager while we listen to a podcast together and it's been so lovely. Last month I also finished this Jurassic Park cross stitch which I started at the start of July and I've just bought a load of new patterns to work on over the next few months.

Oooh August had so many good books in it! 9 books read in August:
There are 4 books here which I'm pretty sure will be on my favourite books of the year list - The Service is a pro-sex work novel which I want to buy for basically everyone I know, Nothing Can Hurt You is such an interesting retelling of the traditional dead girl murder narrative, Mrs March was so much fun, and Everyone In This Room Will Someday Be Dead was so painfully relatable to be I found it quite emotional. I think it might be going on my list of favourite books ever.

New-to-me films in August were Invasion of the Body Snatchers which I loved, My Cousin Vinny which was fantastic, The Mummy because we listened to the You Are Good episode about it and I'd never seen it, and Shirkers, an interesting documentary on Netflix about a filmmaker in Singapore in the 90s.
We also made a trip to the cinema to see the excellent and creepy The Night House.
Rewatches were two of my absolute favourite comedies - Airplane! and Palm Springs. 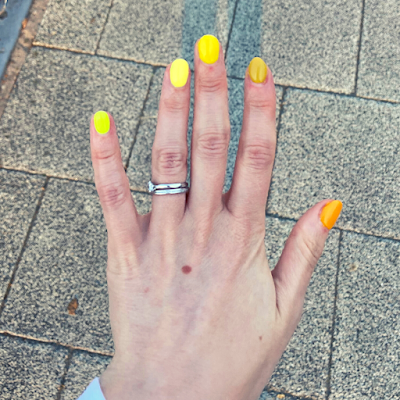 I've gotten a bit obsessed with having all my nails different colours, so in August I had yellow ombre nails which I loved. 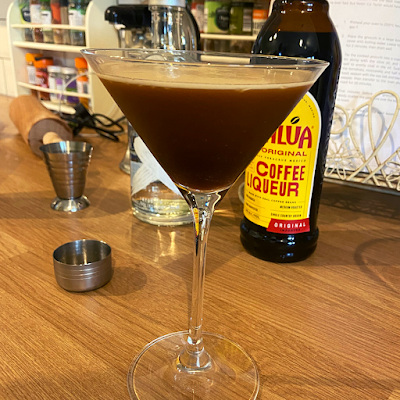 Phil and I have gotten really into cocktails over the last year and in August we added brambles and espresso martinis to our repertoire. Our drinks trolley is very well stocked now!
Decoder Ring is one of my favourite podcasts, and last month they did a topic on selling out, which included a piece on Jonathan Franzen and Oprah. I wrote about Oprah's Book Club at uni in an amazing module I did (probably my favourite module of my whole university career) called Reading and Popular Culture, which of course covered the Jonathan Franzen controversy. I was so excited when I heard what this episode would be about that I actually "saved it up" for weeks before I listened to it. As with all episodes of Decoder Ring, it was fantastic.

Hope you're having a lovely September!