(Here's my One Second Every Day for the month of March).

March is a huge month for me - it starts with Phil's Birthday and ends with mine, plus we have Bobby's birthday in the middle and the Birthdays of lots of my closest friends too.

But because of this the last few Marches have been tough. Two years ago lockdown happened just a week before my 30th Birthday, and even last year we could only see my family and friends outdoors and no shops, restaurants or bars were open.

But this year, finally, I was able to have the Birthday I'd dreamed of for two years.

Despite the fact we've had rain and even snow this week, March brought with it the promise of spring. I'm on my second bunch of daffodils, Bobby has resumed his favourite garden spot in the middle of the flowerbed and we've even had our first BBQ of the year.

We've seen loads of our family and friends, had dinner parties and Birthday parties and trips to restaurants and pubs and all those things we so desperately missed the last two years. The whole month I felt very grateful for all the things I could do

And yes, I was able to go out for a meal for my Birthday. And  it was oneof the best meals I've had in my life. And yes, I went out with all of my best friends and drank cocktails and sung so hard my throat was wrecked for days.

March, you've been the best. 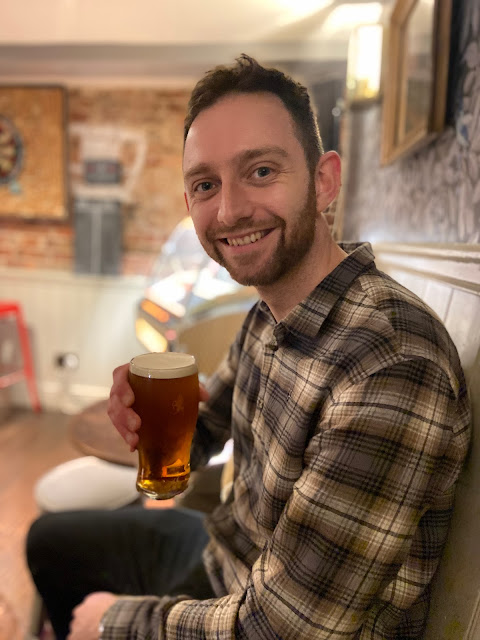 March starts with Phil's Birthday which, as a person who loves giving presents and celebrating literally everything, I absolutely love. We went to the pub and for a lovely meal at Phil's favourite local Italian and I baked him a Victoria Sponge.

One of the presents I got for Phil was a Japanese Whisky Tasting set. Phil got really into whisky a couple of years ago but we kept hearing about Japanese whisky which he hadn't tried much of. We decided to make a night of it and had a Japanese night. We bought sushi and gyoza and I made the most amazing tempura vegetables (so easy! So tasty! Why haven't I done this before!) and we tried all the whiskies. It was so much fun and such a nice way to spread his Birthday out for longer. 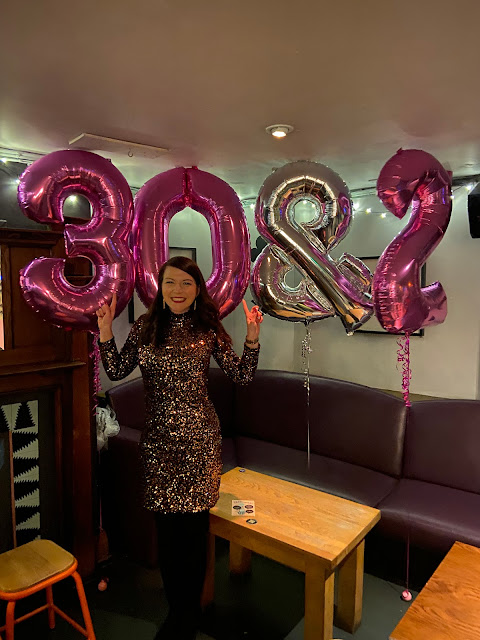 As I mentioned in the intro, for the first time in 3 years I was finally able to do something for my Birthday, and I wanted to finally have the 30th Birthday night out I'd have planned in 2020. And guys, it happened. It finally happened!

Me and a bunch of my favourite people went for the most amazing night at Ultimate Power, I screamed so much I lost my voice for days, I stayed out til after 2am (!), my two best friends arranged for me to have the most amazing 30 & 2 balloons. It was just everything I had been dreaming of for the last two years. I can't believe it finally happened! It was the best! 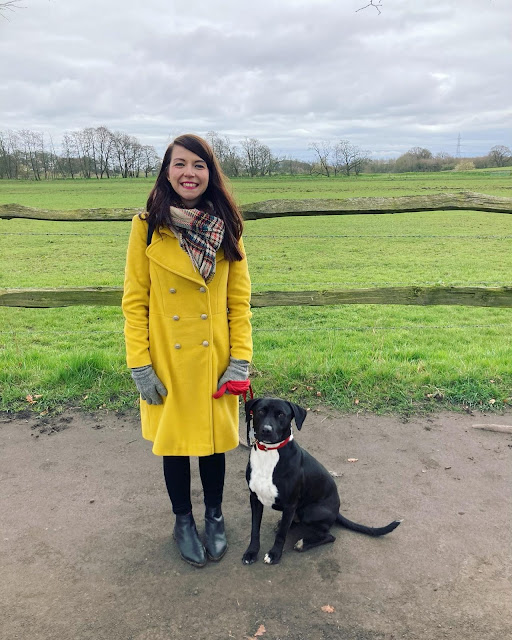 And then there was my actual Birthday! I had the absolute best day ever! We got up and did presents (Phil got me a Cheese Geek subscription - I've linked to his referral code if you want to try it with £10 off, and I'll have more on this next month!) and then we did exactly what we did last year and went to Dunham Massey. 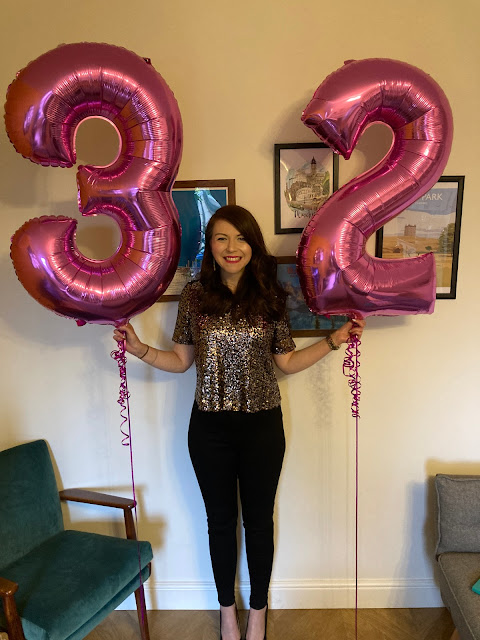 The weather was nowhere near as nice as last year but I didn't care one bit. We had a lovely walk with Bob and then took him to the pub (this is quite a new thing to us as parents of a reactive dog and super exciting! He was a very good boy) and then we went to my parent's for the delicious sticky ginger cake Phil had made me. And then we went out to Where the Light Gets In. 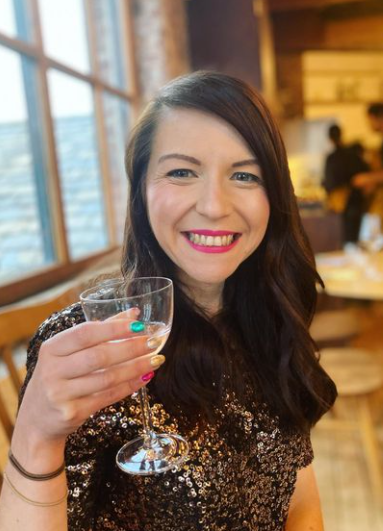 Where the Light Gets In is a restaurant in Stockport which I've wanted to go to ever since this review in the Guardian a few years ago. It's on the Michelin guide and has a Green Michelin star. I was so excited to finally be able to go!

We had 10 absolutely incredible courses - honestly one of the best meals I've ever had in my life. The chefs came over to introduce every dish (and they all wished me a Happy Birthday!), and I loved the cabaret-style seating with all the tables facing the open-plan kitchen. It was absolutely beautiful and just the absolute best evening. I hope we get a chance to go back again!

10 books in March, plus my long-awaited return to audiobooks! I listened to Get Rich or Lie Trying and What We Don't Talk About When We Talk About Fat on audio which was a fantastic return to the medium after close to a year's worth of Audible credits racking up!

Favourites in March were We Had to Remove This Post, Woman, Eating, and Cleopatra and Frankenstein, but the best book I read in March was unsurprisingly, Aubrey Gordon's What We Don't Talk About When We Talk About Fat .

I'd actually started this book last year but had to stop because it was making me too sad! I was actually glad Aubrey wasn't narrating it herself as I adore her and the stories of the treatment she has received purely for existing in her body was heartbreaking. If you are a fan of her incredible podcast, Maintenance Phase you should definitely read this book. It's so important to hear voices like hers and just like Maintenance Phase it debunks so many common myths about weight.

Two cinema trips in March to see two films I adored, first The Batman which I loved, and then Norwegian film, The Worst Person in the World which is tied with Licorice Pizza as my favourite film of the year so far.
Also bonus cinema trip to see a St Patrick's Day showing of the 25th Anniversary of Riverdance, which was a great laugh.
We've just renewed our Disney Plus subscription so two new-to-me Disney films with the excellent Turning Red and my first time watching Monsters University.
And two rewatches - Get Out and An American Werewolf in London, which I feel like we watch at least once a year because it is a masterpiece.

I'm currently in training for my 10th half marathon so I wrote this post on how I'm using Peloton to train for it.

I've been thinking a lot about this article from TED on six time traps which steal your time. I've thought for a long time about the idea of time being a more important commodity than money and this definitely food for thought.
I also loved this article on why you shouldn't become obsessed with keeping a streak, from Headspace.
My monthly dose of Virginia Sole-Smith, this time from 2020, Being Thin is Just Another Way We Try to Follow 'the Rules'—but at What Cost?
And another fantastic piece from Anne Helen Petersen on something I'm hearing a lot about at the moment - Zoom Dysmorphia.
Two really depressing but important articles on the current cost of living crisis - this fantastic piece from Jack Monroe in the Guardian and this piece on the reality of living on universal credit.
I love this piece from Haley Nahman on terms she made up during lockdown.
I'm obsessed with Caroline Calloway, so I obviously loved this editorial on her.
Finally, this fun piece from The Guardian on people who discovered a new style in their 50s, 60s and 70s.
Catch up soon!
Charlotte x