Finally! My photos from Amsterdam (I've been back a week now...). I had an absolutely brilliant time (despite it being freezing) and there was just so much to see and do! I've been loving the city breaks this year after my trip to Paris at Christmas and I'd so much rather have a few days away in a fun, cultural city than a two week beach holiday (I get bored easily and I hate the heat!) . Here's hoping for another couple of city breaks this year!
This trip was pretty last minute and done on the super cheap. Ellen text me on New Year's Day asking if I wanted to go away for a few days over Easter (she's a teacher so she can only go away during school holidays) and within a few days the trip was planned! Flights were always going to be cheap, but we had some struggles initially with accommodation. The hostels we looked at seemed a little overpriced but a lot of the hotels were further out of town. However after asking for advice on Twitter, Siel pointed us in the direction of Air Bnb where we found CityHub, our home for four days. Here's what it looks like... 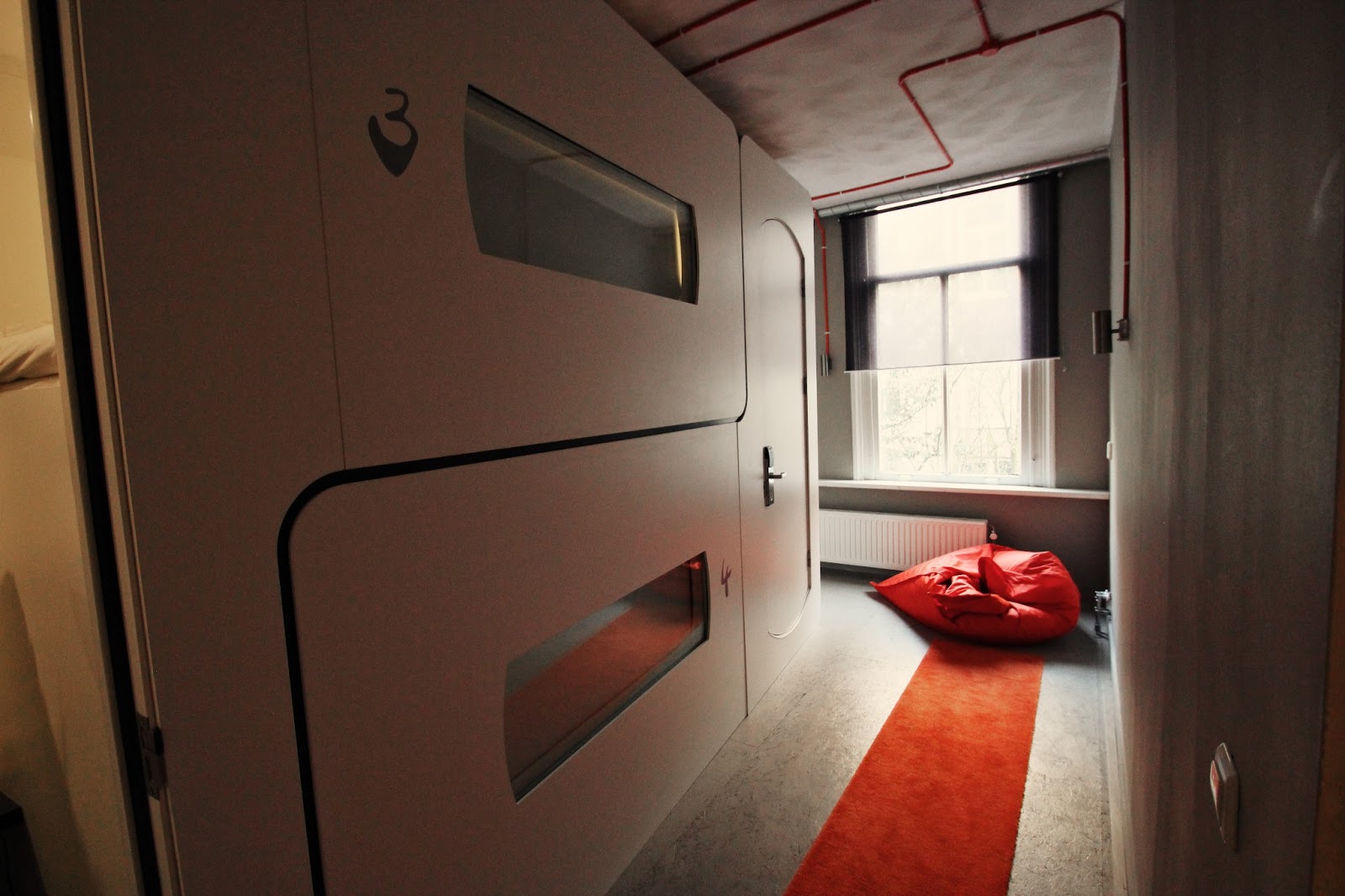 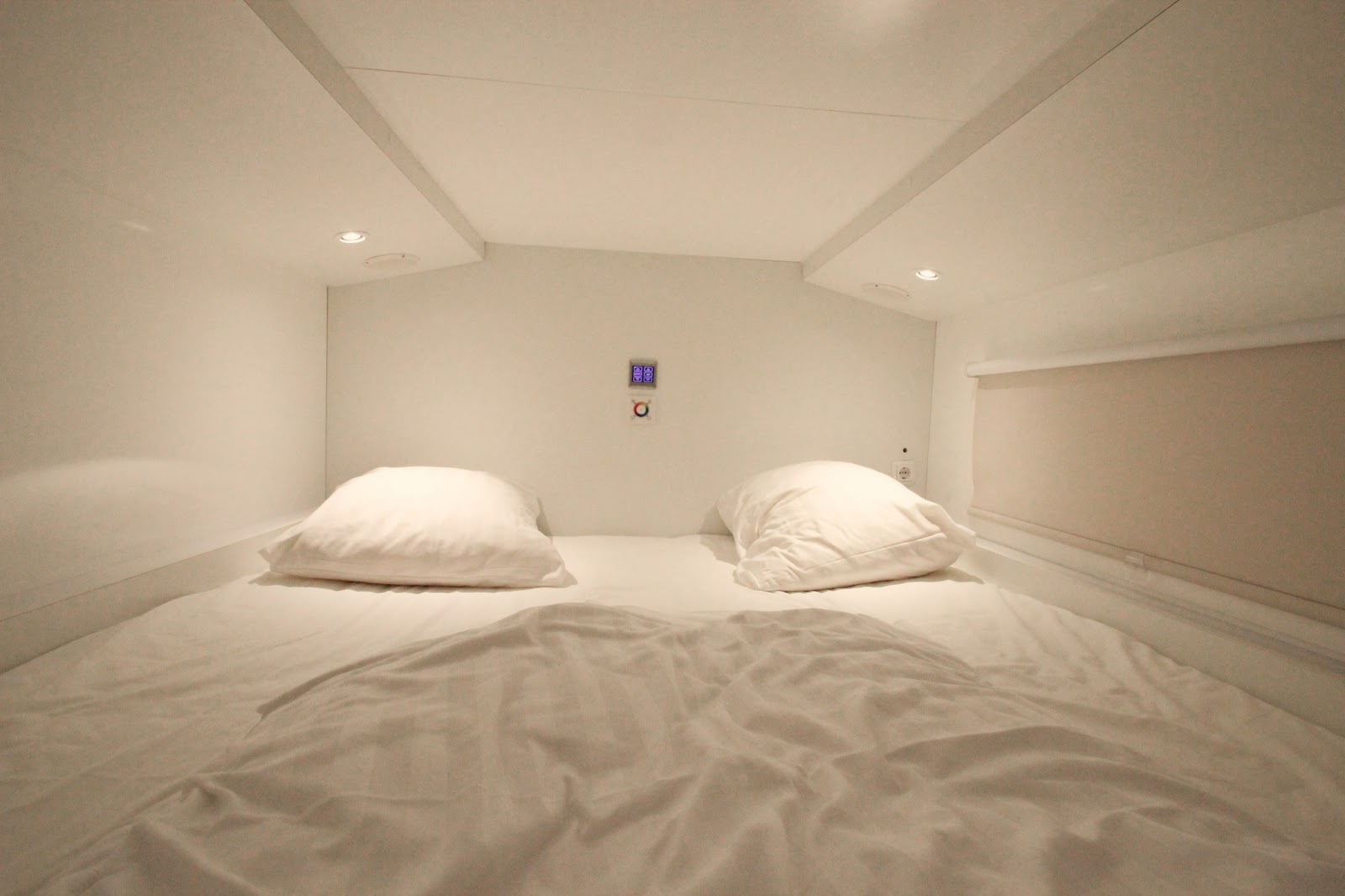 My boss said it looked like "a rabbit hutch for humans" but it totally did the job! We had a massive bed with a headphone jack for playing music and mood lighting, space to get ready and we had a communal living area, kitchen and bathroom. It was exactly what we needed for a few days away and it was a bargain at £20 a night each- half the price of some of the hotels we looked at. It also had cute little Dutch features, like windmills and clogs on the bathroom tiles. There was also an amazing bookshelf shaped like windmills, central station and a few other sites of Amsterdam that I'm kicking myself for not photographing. 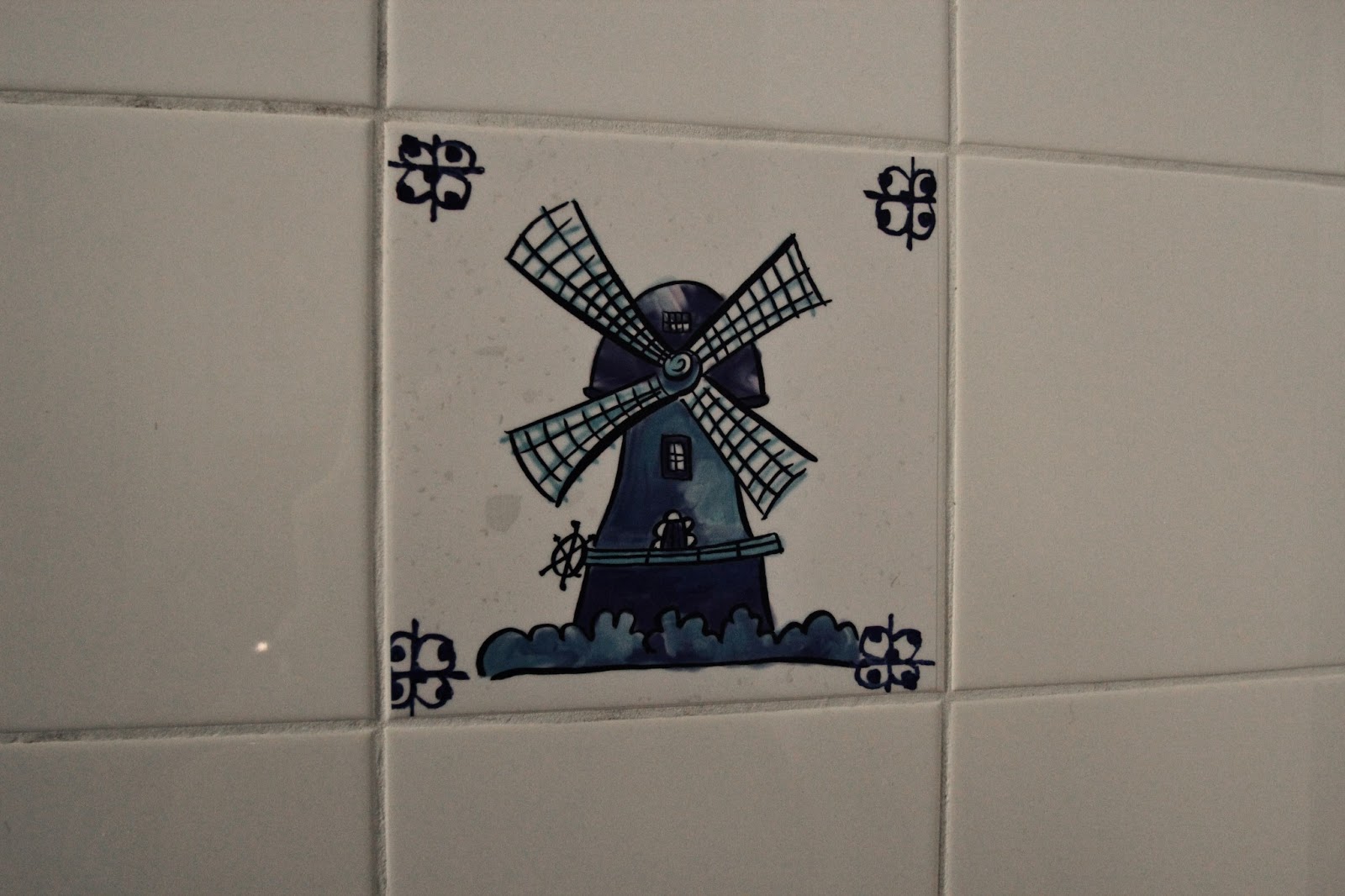 We arrived on Saturday evening and before we went to dinner met another hub-dweller who told us she'd heard everything would be closed on Sunday with it being Easter Sunday. We had our entire few days completely planned out, so losing a whole day Sunday would certainly be problematic. After going out for a late Birthday dinner, we decided to go into town in the morning and try to find the walking tour we had planned on doing anyway, just in case. Plan B was to go find an open Starbucks, or last resort, read in the hub all day! Fortunately, upon approaching the meeting spot for our walking tour we saw hundreds of tourists so knew we'd come to the right place! Our tour was with Sandeman and Ellen had done walking tours with them in Berlin and Madrid so we knew they would be good quality. They're free tours and you just give a tip at the end, and they have lots of tour guides who all speak different languages. I'm a big fan of tours, especially in new cities, and a walking tour was a great way to see Amsterdam. 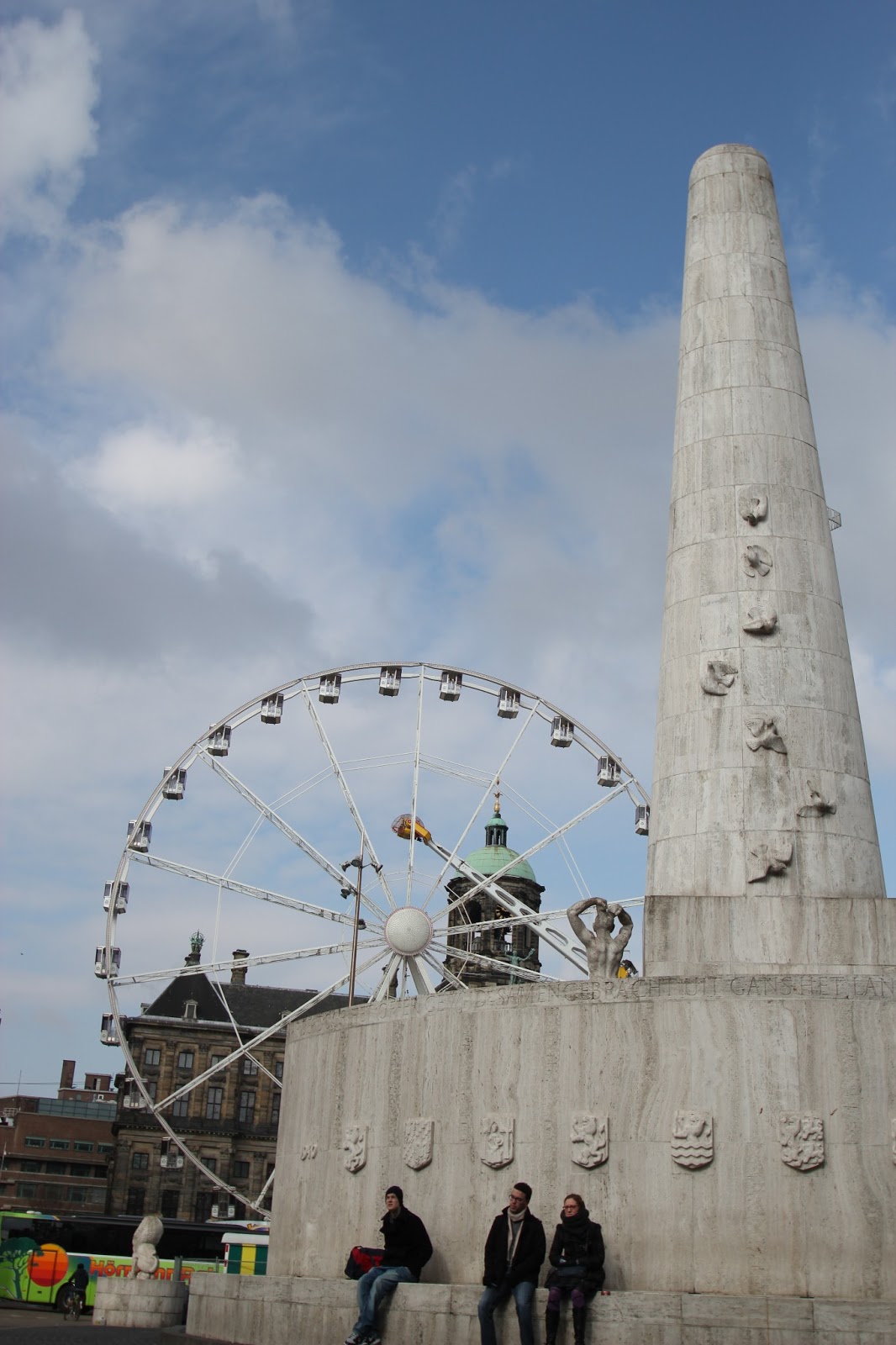 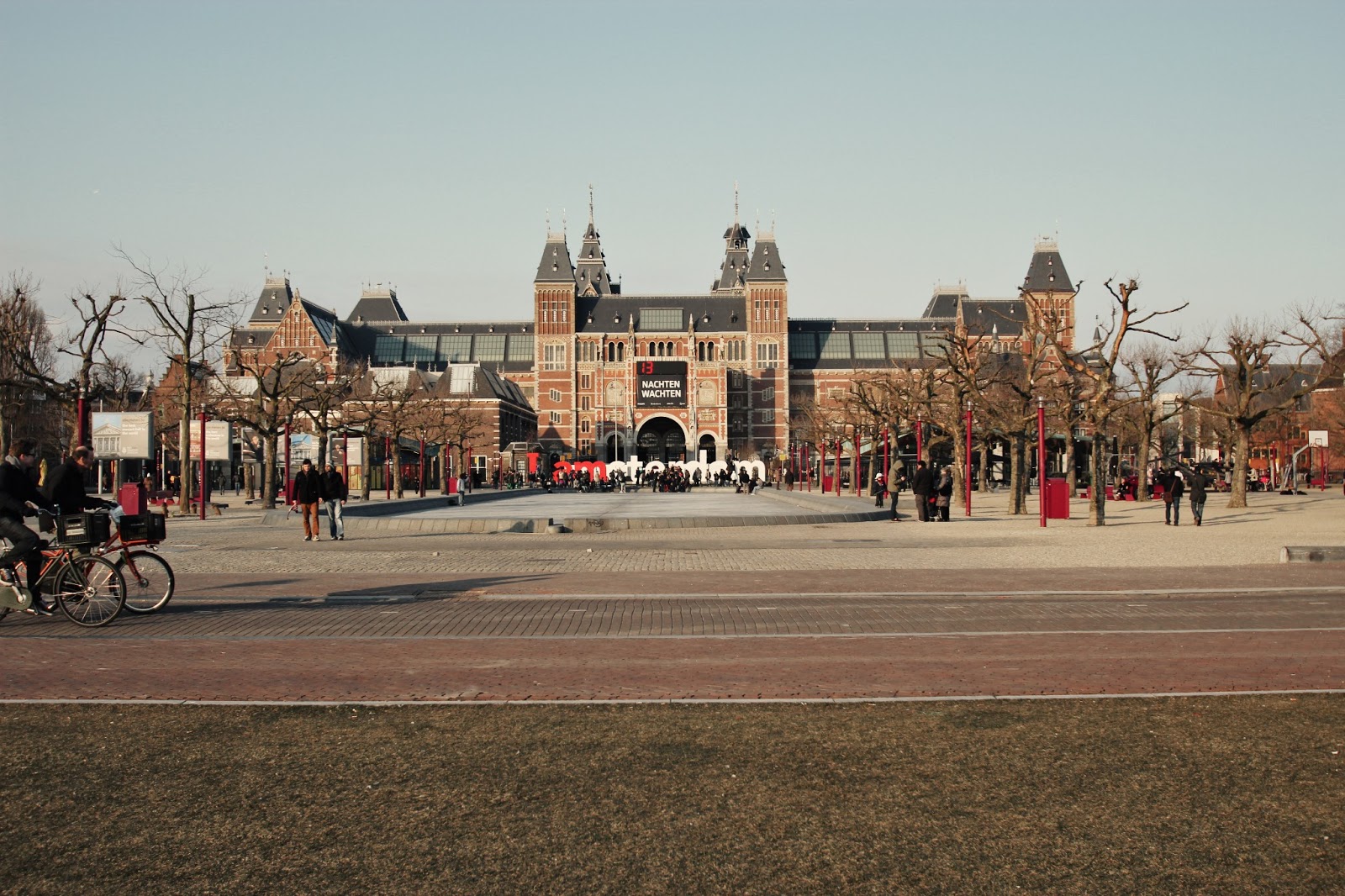 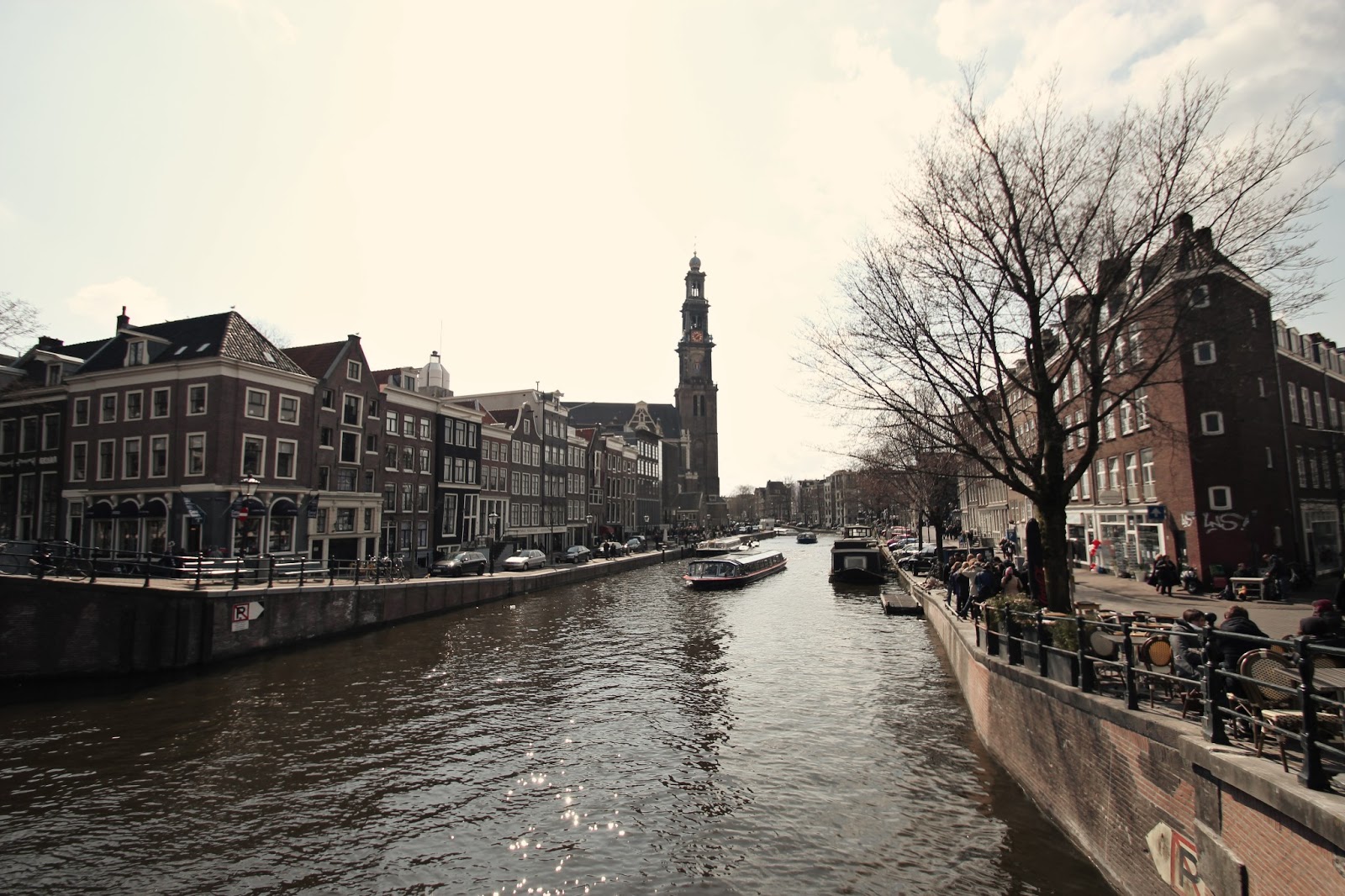 The tour was very informative and took us to places we might ordinarily have missed. Plus our tour guide was actually from Amsterdam which was nice. She had lots of interesting facts about the city. For example, did you know that cannabis actually is illegal in Amsterdam? Our tour took us along the canals and through the Red Light District and through many of the other little districts of the city. After the walking tour we grabbed a coffee and headed down to see the Van Gogh exhibit at the Hermitage museum. The actual Van Gogh museum was closed for refurbishment, but the exhibit we saw was really fantastic and interesting, with lots of information accompanying each painting and videos to watch. Some of his most famous paintings were there, including the Sunflowers. After the exhibition and a long day we grabbed a quick dinner of falafel and chips and headed back to the hub. We'd seen the line outside the Anne Frank house while on our walking tour and it was one of the main things we wanted to do on our trip, and as we hadn't been able to book tickets online we knew it was going to be an early start on Monday! 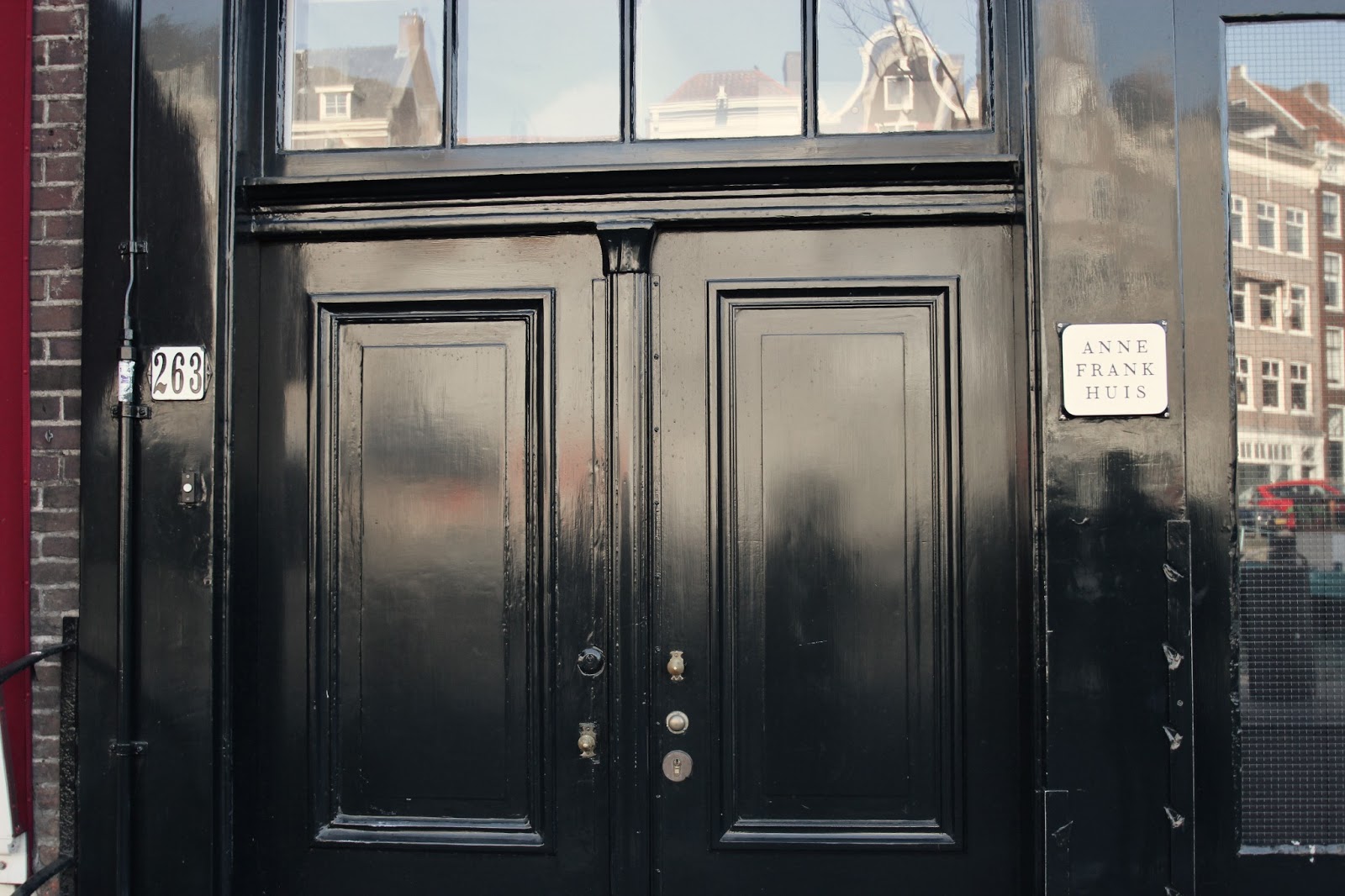 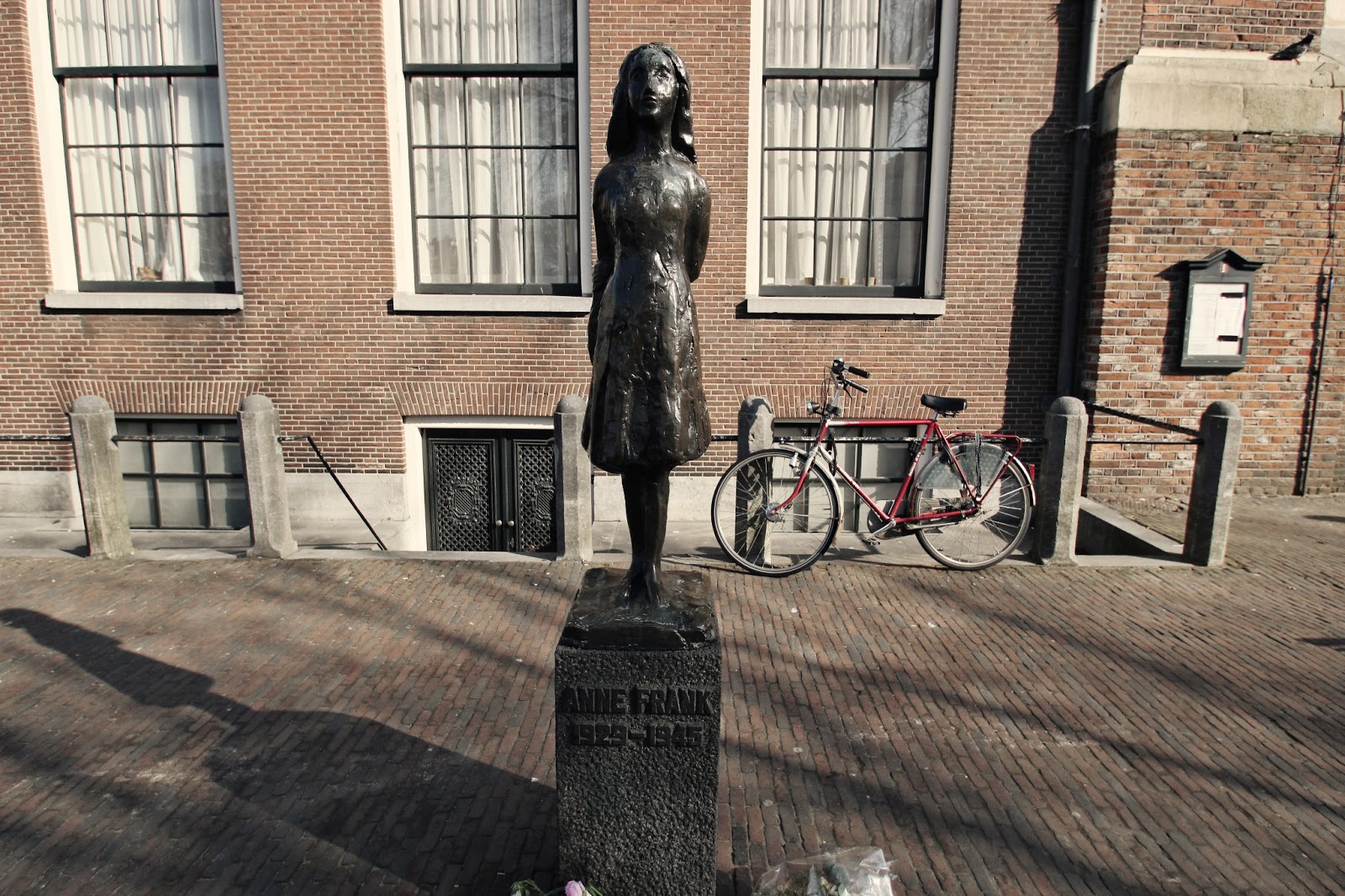 We left the hub at 8.15am to get to the Anne Frank house before it opened at 9, and even when we arrived at 8.45am there was a queue. Fortunately once the doors opened we were inside pretty fast but the staff were really helpful when stopping the queue and explained that the Anne Frank house is very small, so only a few people can go in at a time. Like most girls, I'd read the Diary of Anne Frank as a teenager and I was really interested to see the house and find out more. The museum and house were fantastic. It sounds wrong to say that I "enjoyed" the Anne Frank house, especially as I was close to tears at least a couple of times while inside, but Otto Frank had ensured the house was so full of information that it was fascinating and overwhelming. It's amazing to be up there in the house where they hid for two years and to hear the bells of the church ringing next door, which Anne talk about in her diary. 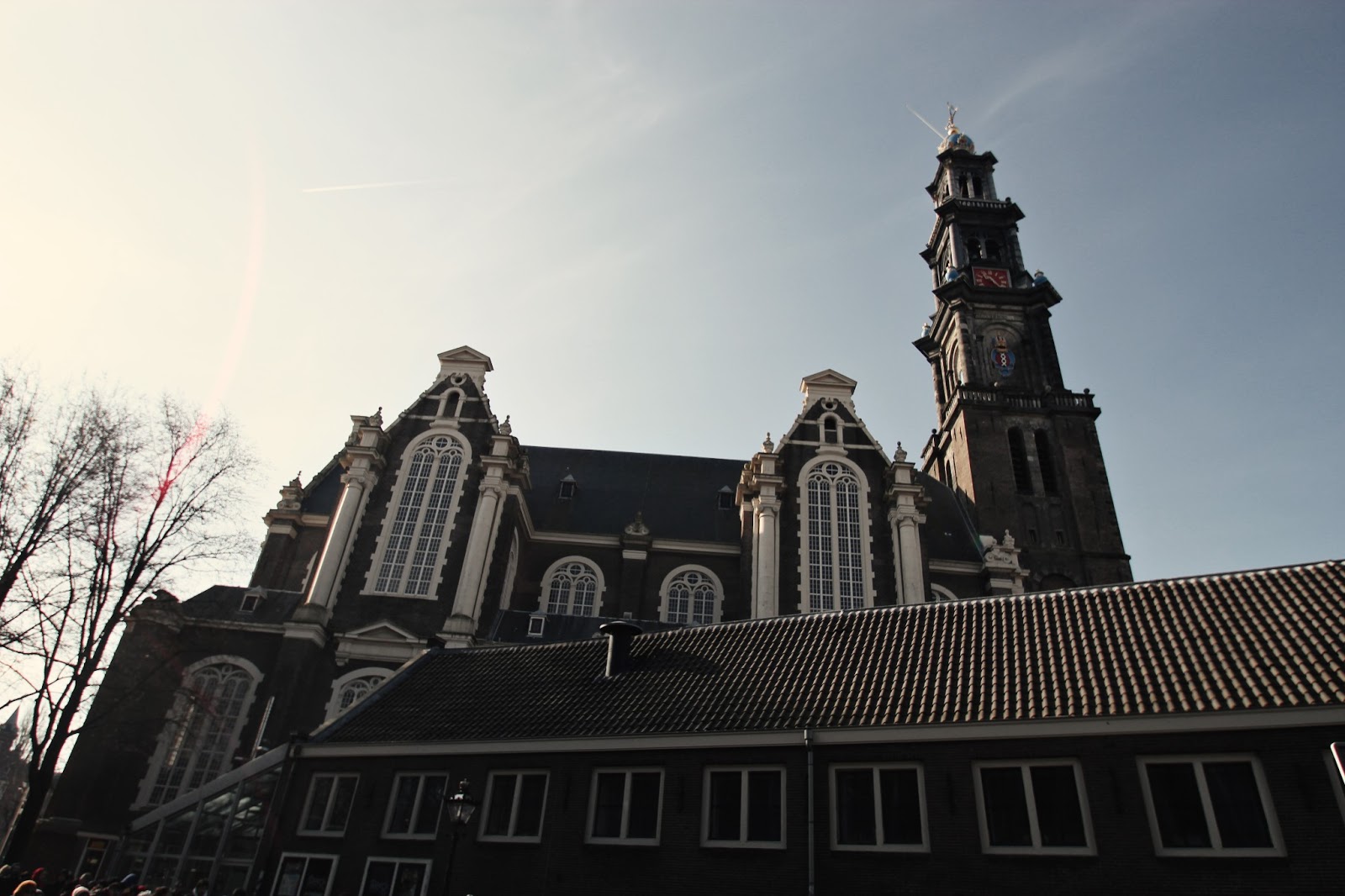 Now the original plan for the afternoon was to go to see the tulips at the Kukenhof, however on Saturday night we were checking out the train times and prices to go visit when we noticed some angry reviews on Trip Advisor. People were complaining that they had visited the Kukenhof only to find no tulips in bloom at all, despite the claims on the website. These reviews were from the 30th March. We were glad we didn't spend the 27 Euros on the trip, but I was very disappointed that we weren't going to see the tulips. With it being such a long, cold winter this year, none of the flowers have had a chance to bloom yet. This left us with a bit of a gap in our plans, so we decided to wander the city and see what piqued our interest. We visited the church in the Red Light District which Ellen had wanted to see, and we went to have a look at Rembrandt's house, although we didn't go inside, had a look in a cheese shop (when in Rome right?) and then we decided to try to get out of town a bit in the hopes of seeing a windmill, so we headed to Amstell Park. 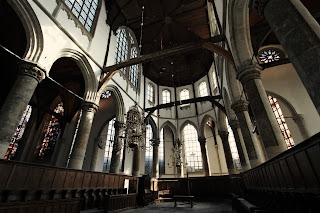 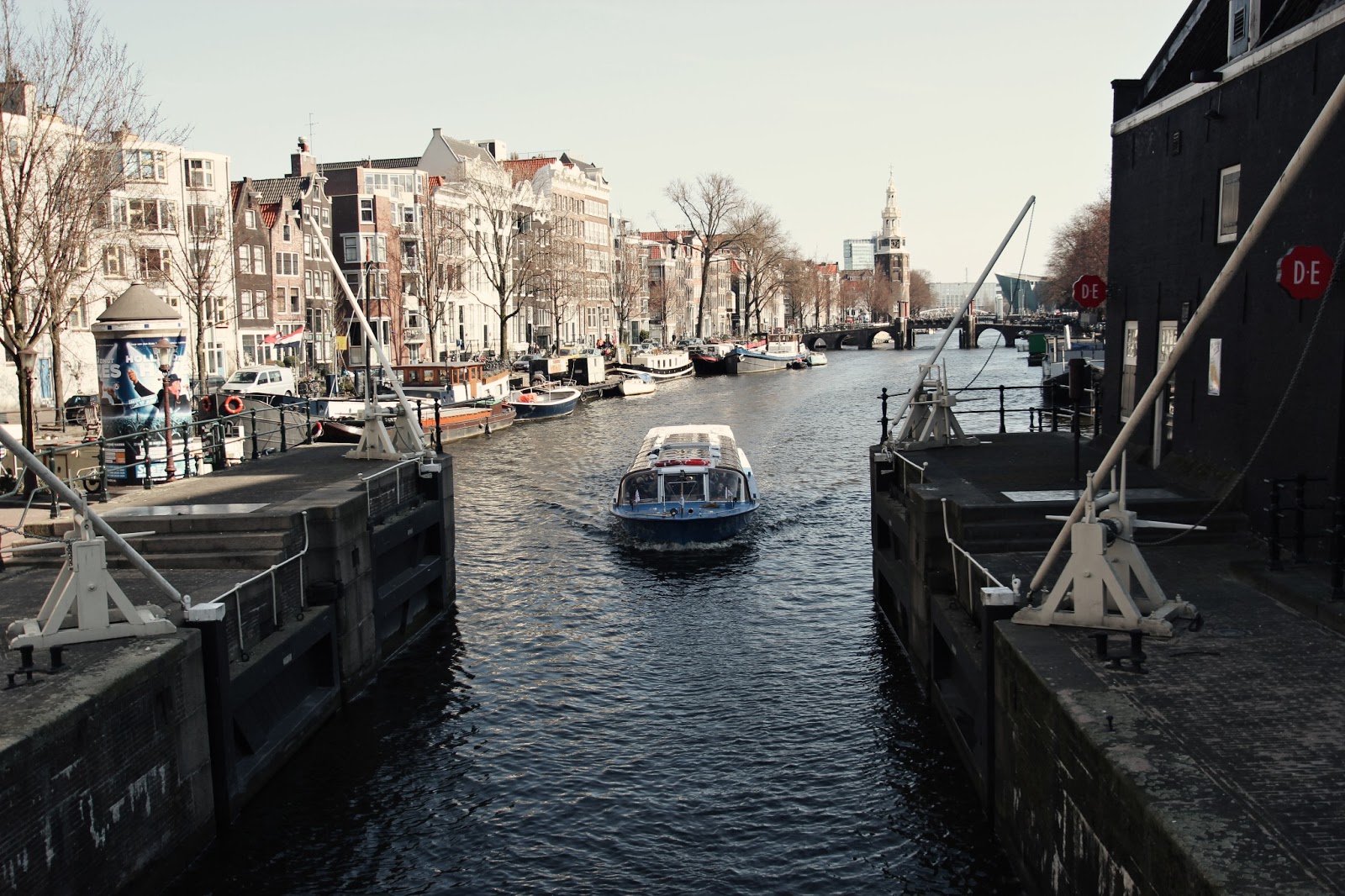 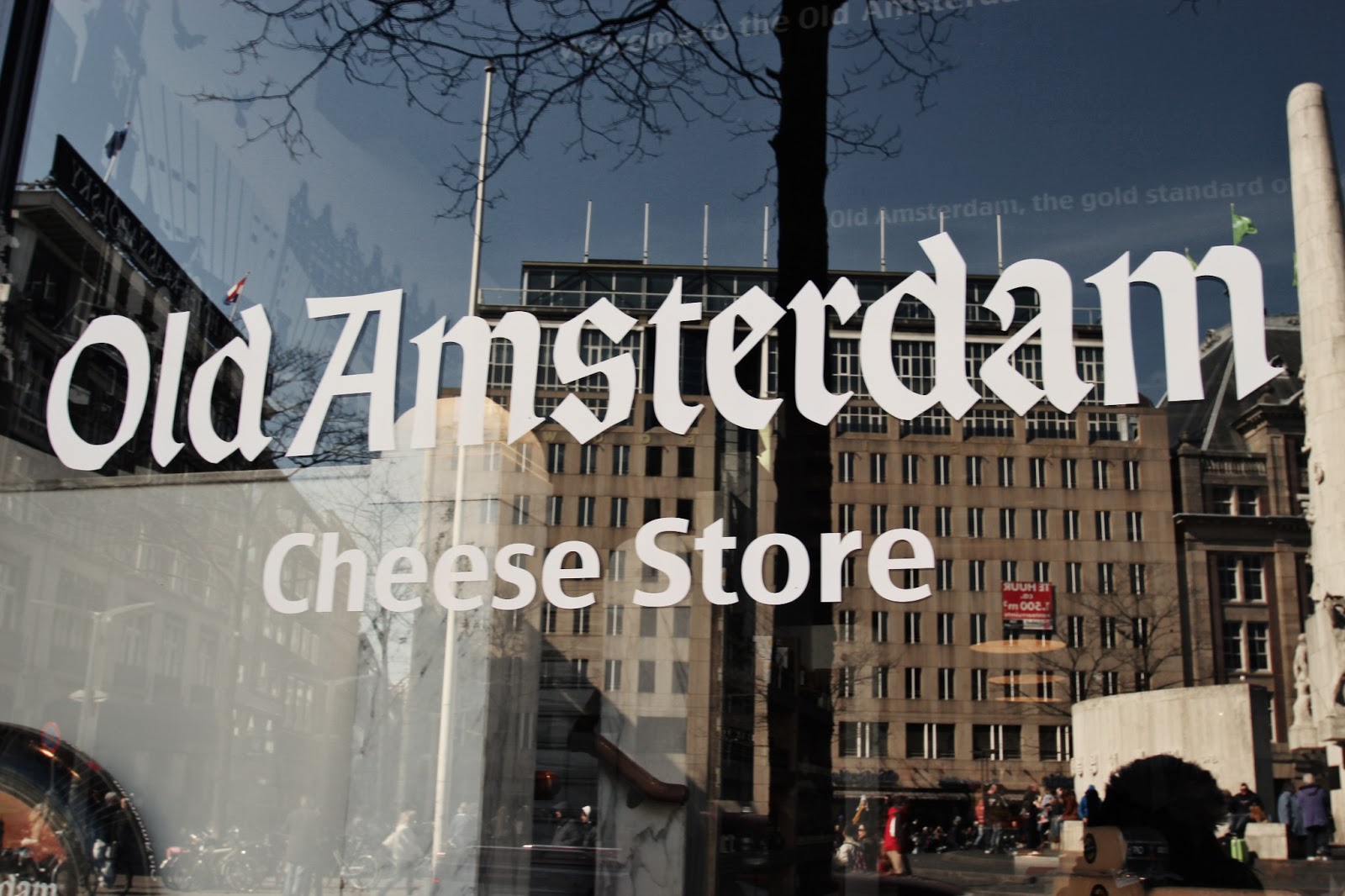 Amstell Park is just a little out of the town on the tram, but it's a gorgeous and (as we later found out) huge park. We spent a good few hours walking around, although we didn't get to find the elusive windmill. After discovering the park was 9km wide and none of the signs indicated where the windmill was we decided it could be a redundant search! Instead we had a nice relax and some lovely views and had an opportunity to just chill out after a busy day. We ended up heading back pretty early on Monday night. We half-suggested going out for a drink in the evening, but once we were holed up with our books and some leftover birthday cake in our hub we really didn't fancy a night on the town! 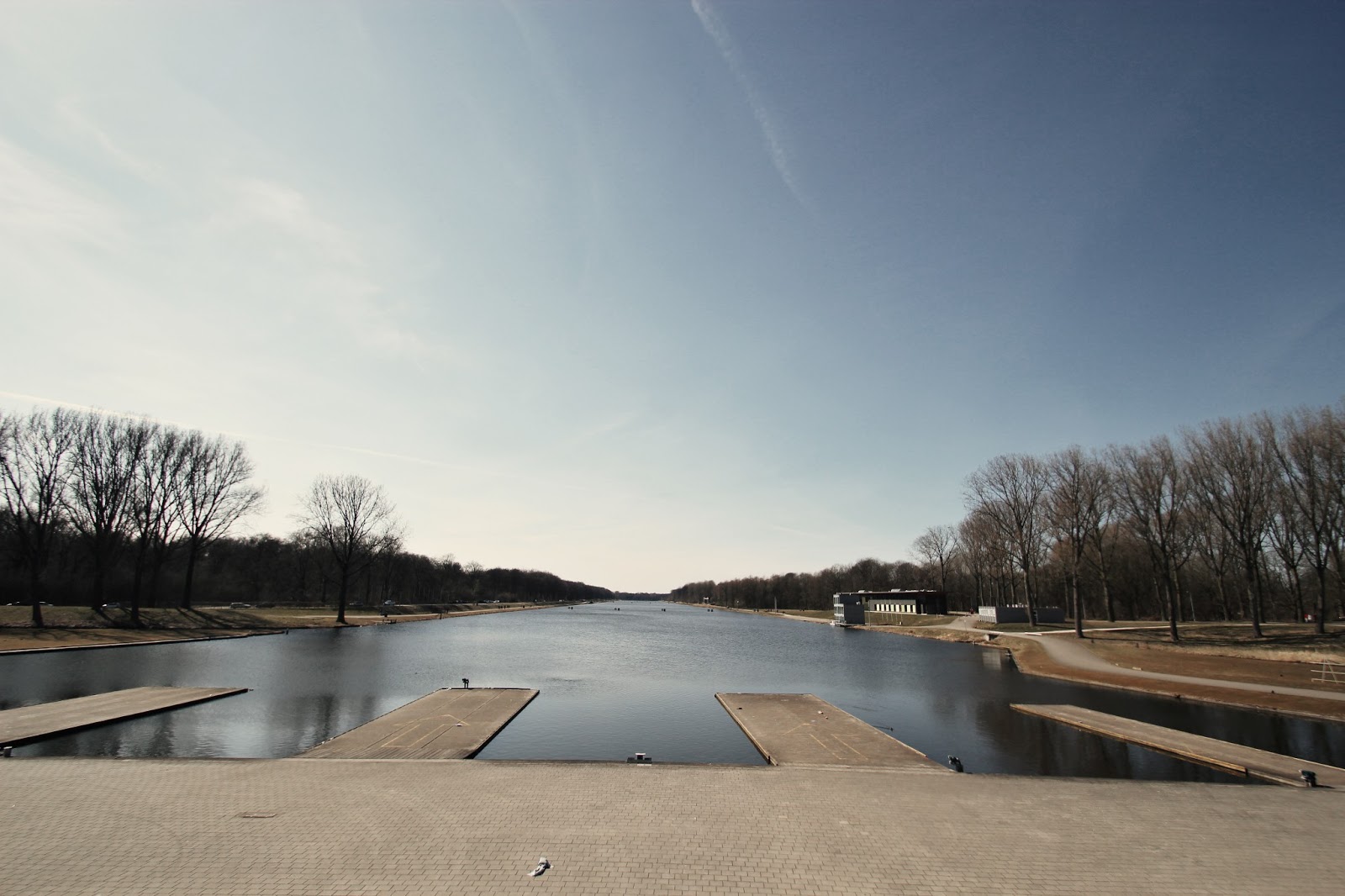 Our flight wasn't until 4.30pm so we wanted to do something on Tuesday before we left. We'd both been talking about the zoo, but neither of us were really sure if the other was being serious (we both totally were). As it turns out, we both absolutely love the zoo (you might remember I went to Edinburgh Zoo for my birthday last year!), so it turned out to be a great way to end our trip. Plus Amsterdam zoo is pretty bloody good! We saw penguins, elephants, lions, giraffes, gorillas, zebras, sealions and meerkats (to name but a few!), plus there was also an aquarium... 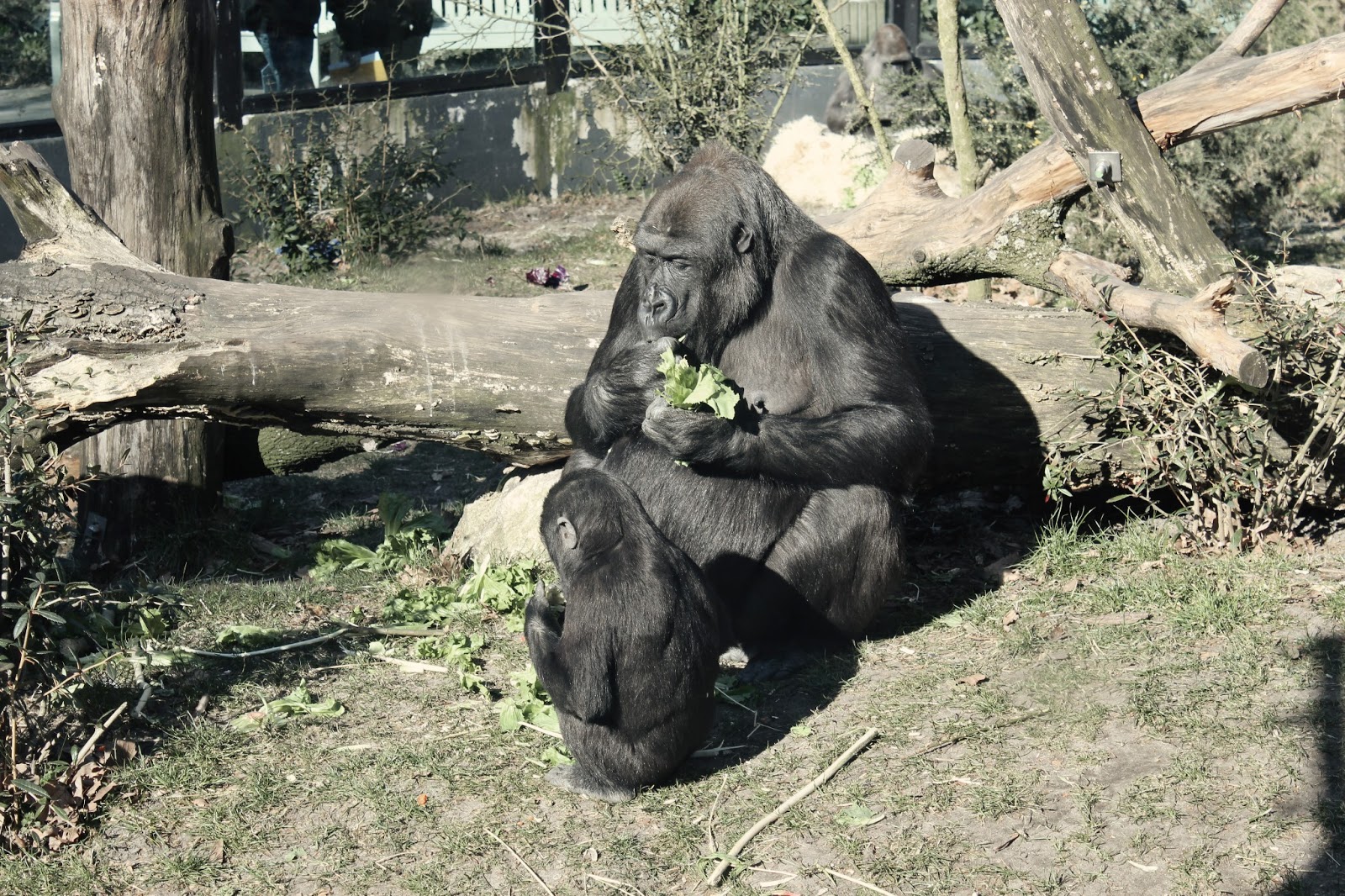 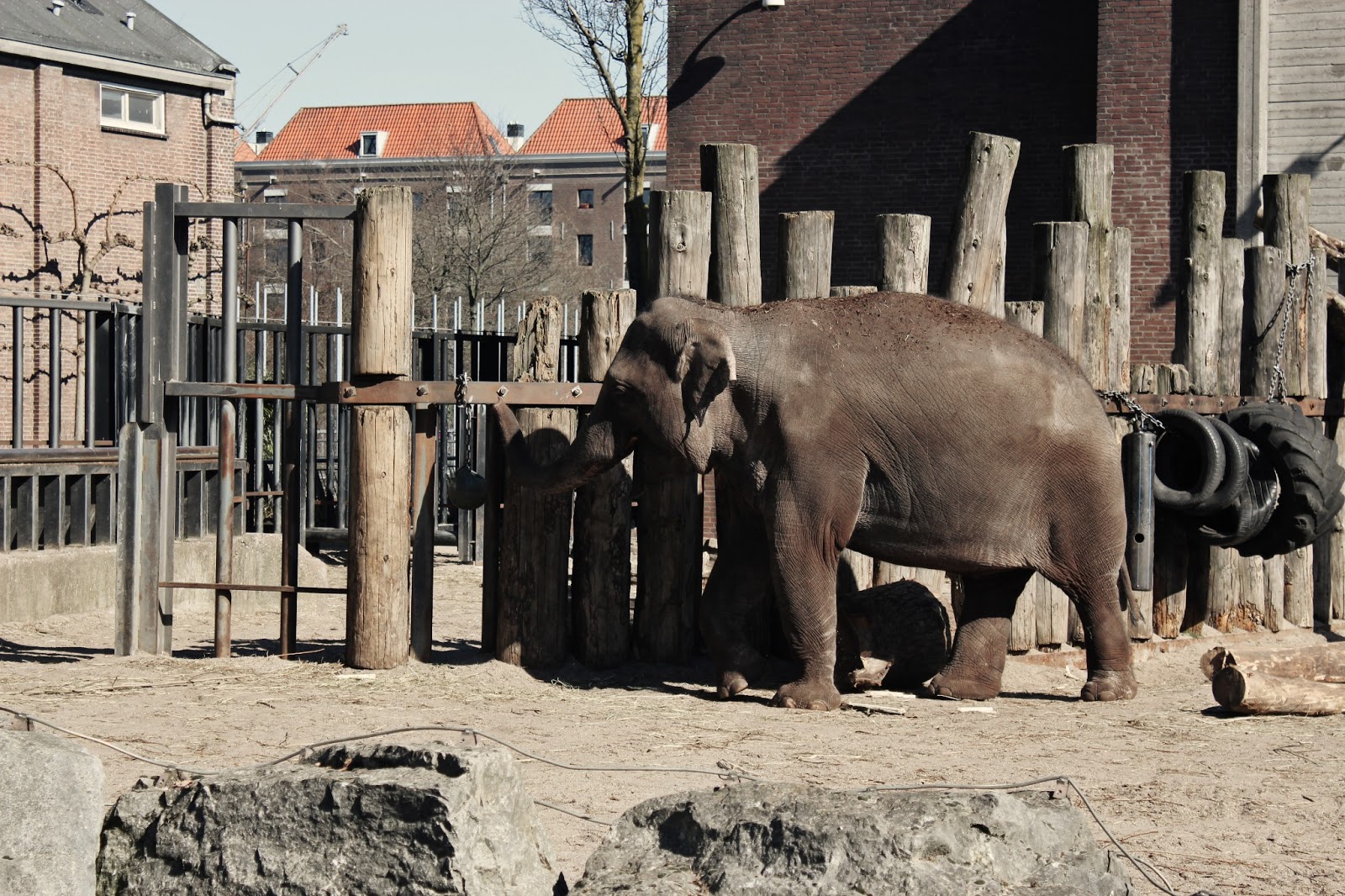 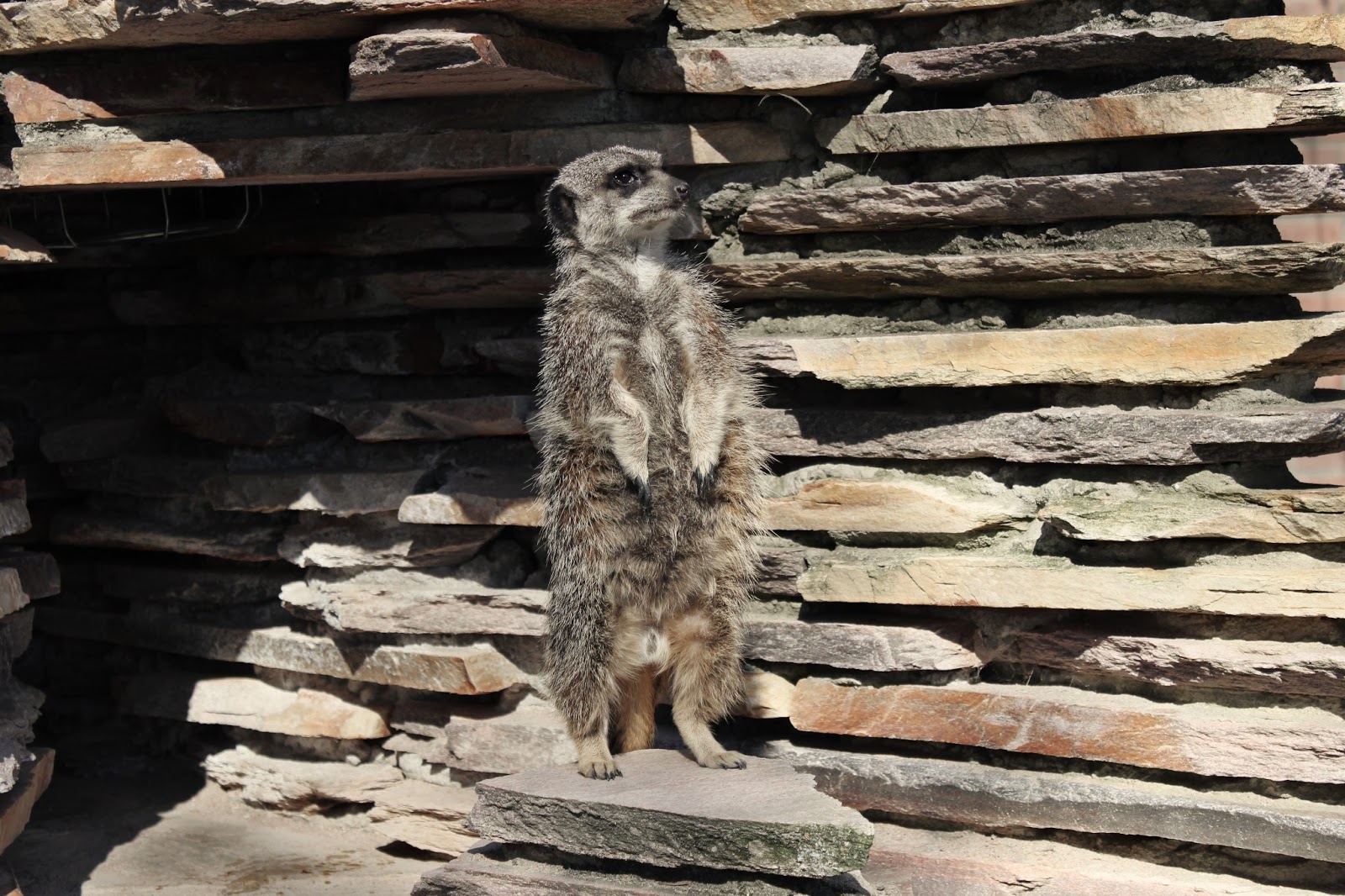 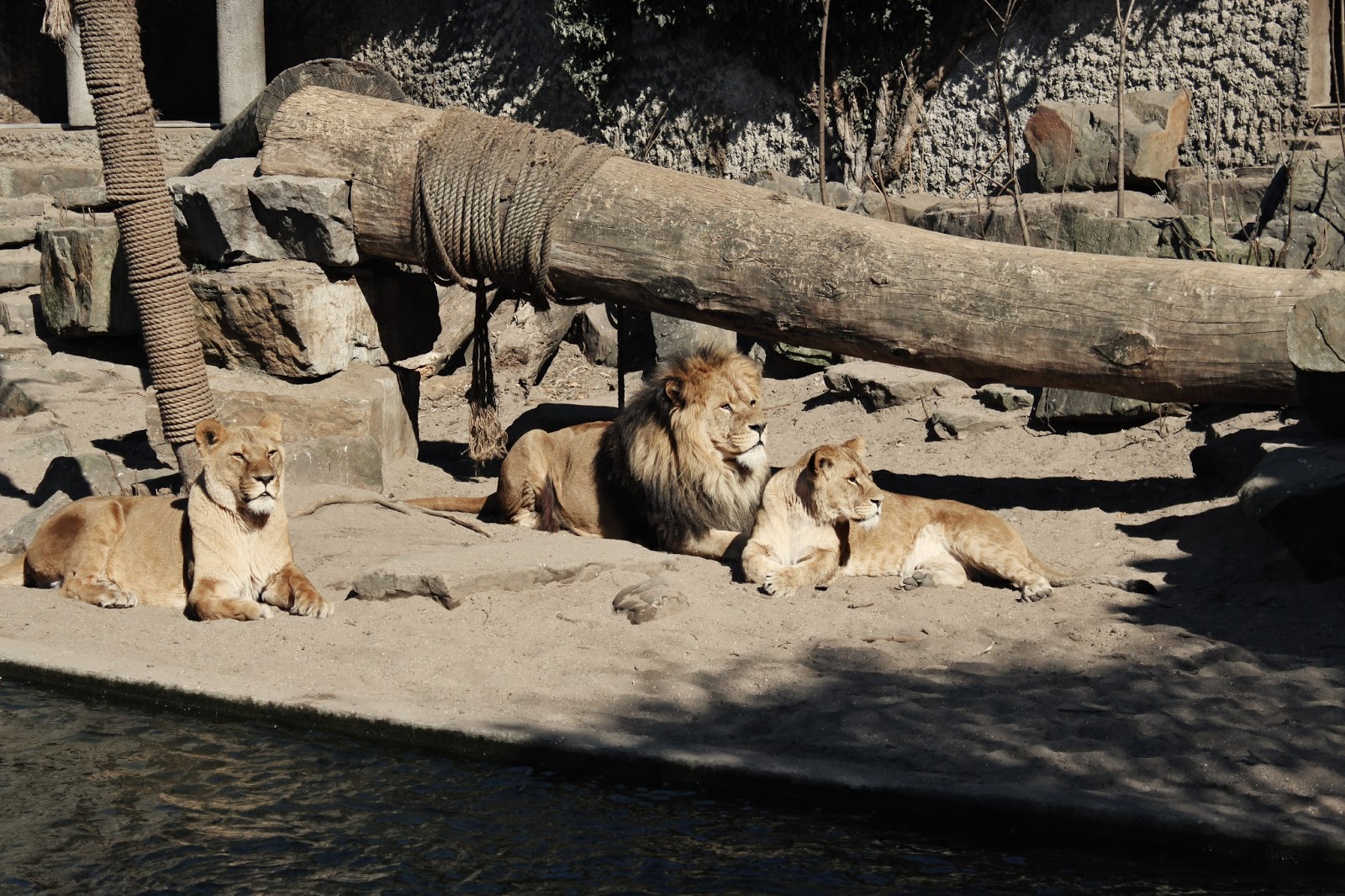 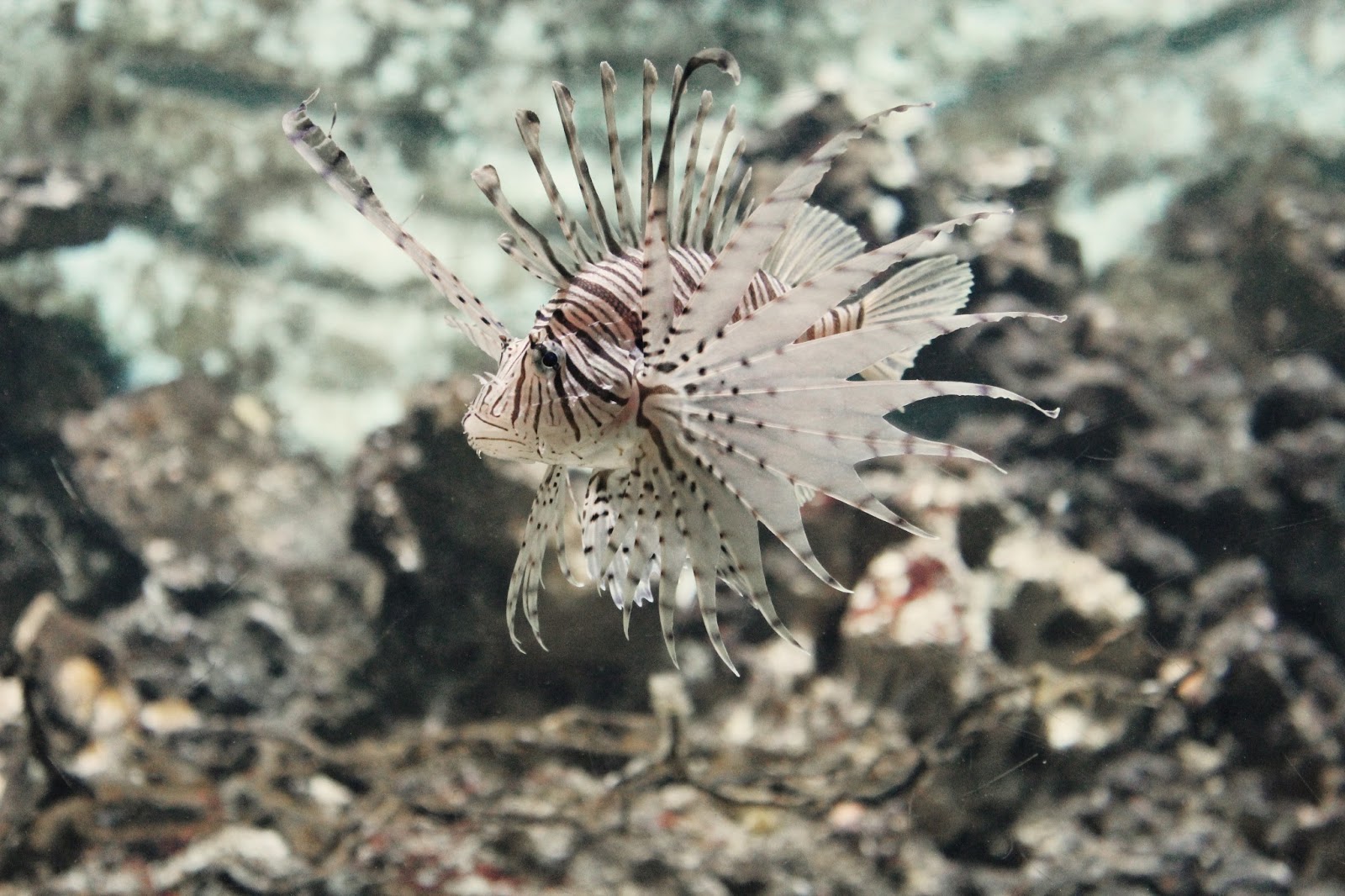 And finally, I got to see my windmill. Okay, not really, but this was the closet I got. Oh and I also got to sit in a giant clog, which was another thing I wanted to do the whole trip. 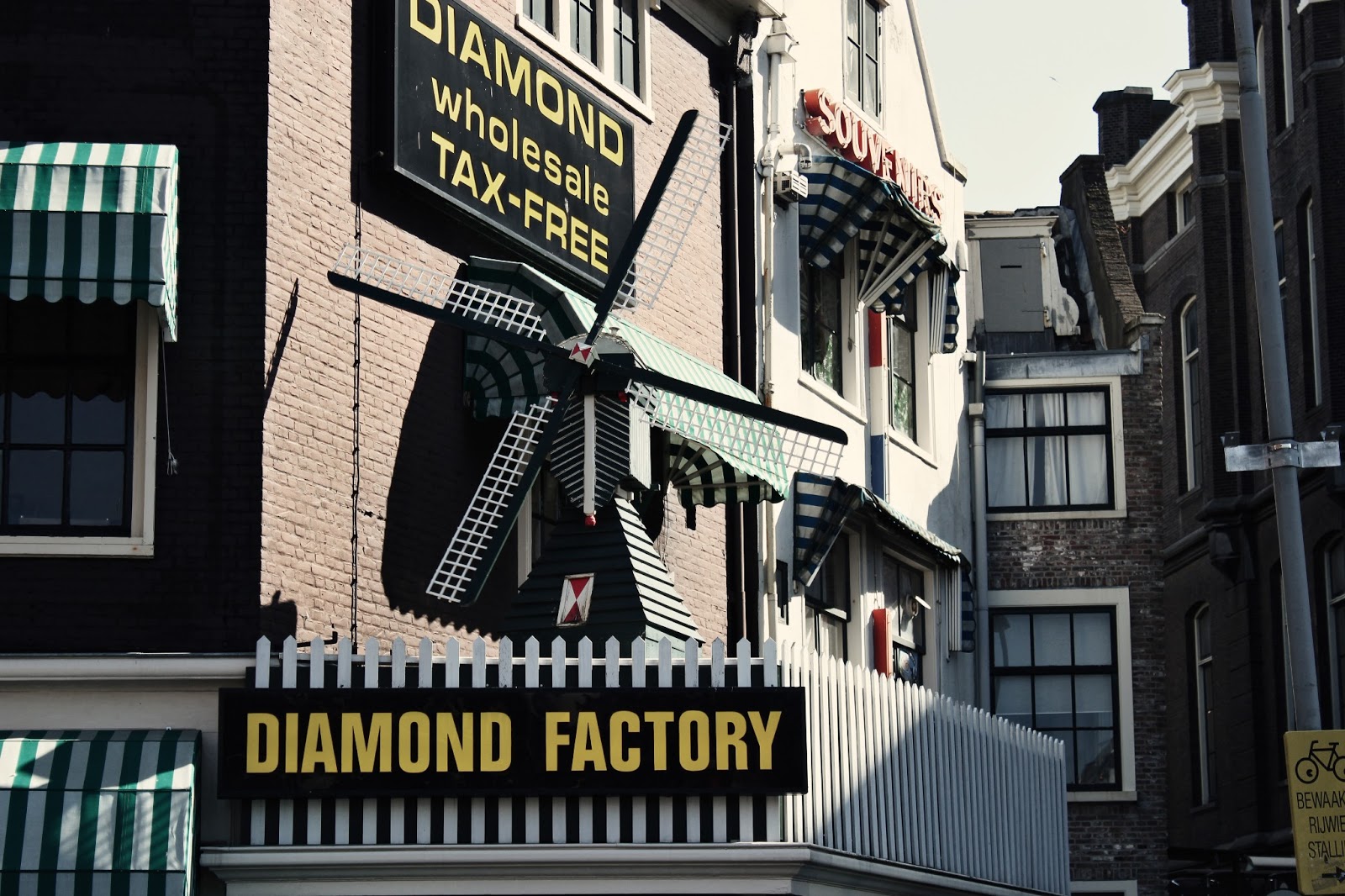 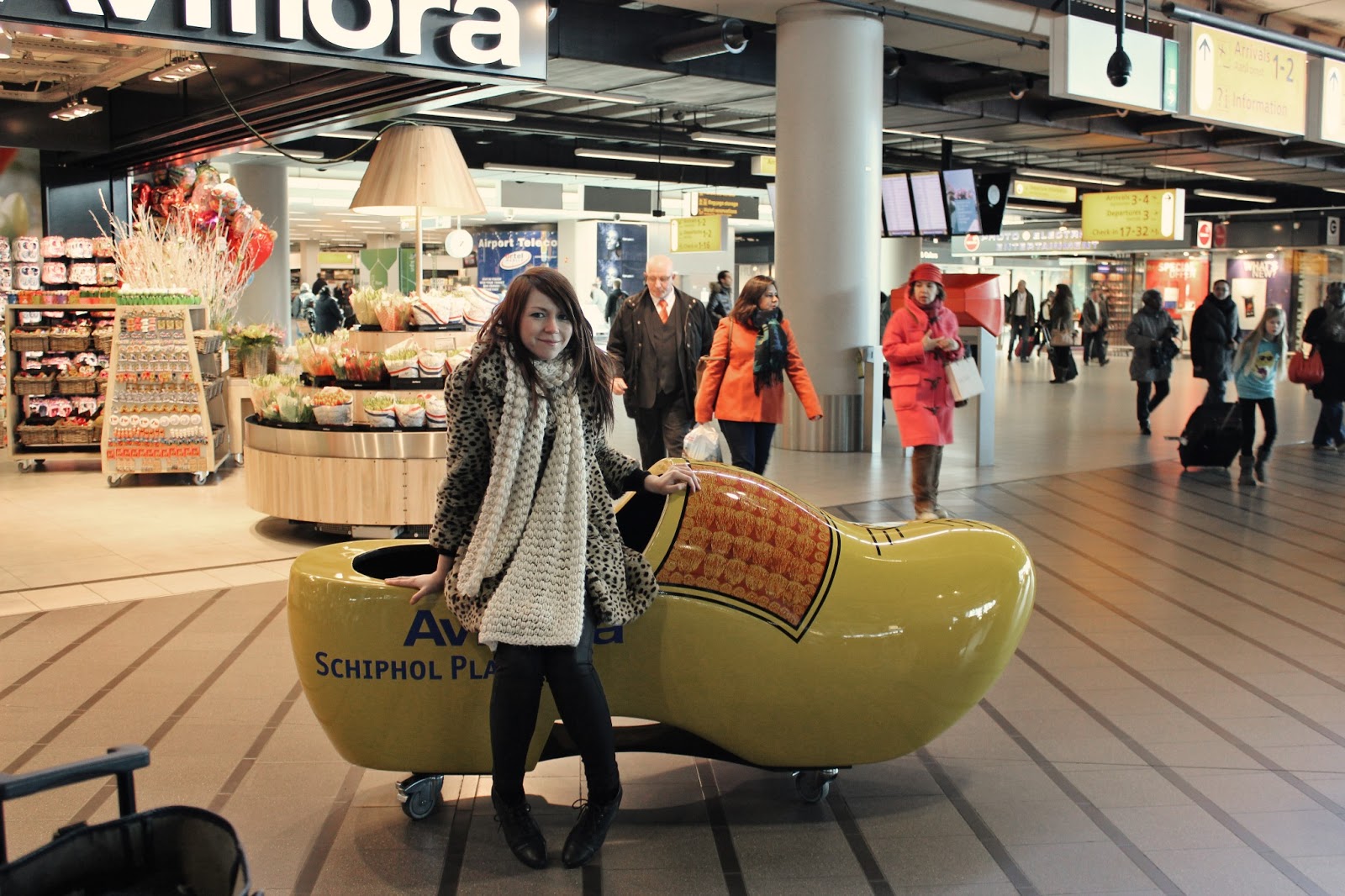 All in all, a wonderful city and a fantastic weekend. I wish it hadn't been so absolutely flippin' freezing the whole time we were there (furry hat not pictured) but it was a great little city break with lots of things to see and do and if you haven't been I would definitely recommend it! The whole city is adorably cute and quaint, just try not to get run over by any of the 600,000 bikes!

Have you been to Amsterdam?? Where should I go on my next city break (a girl can dream right?!) ?