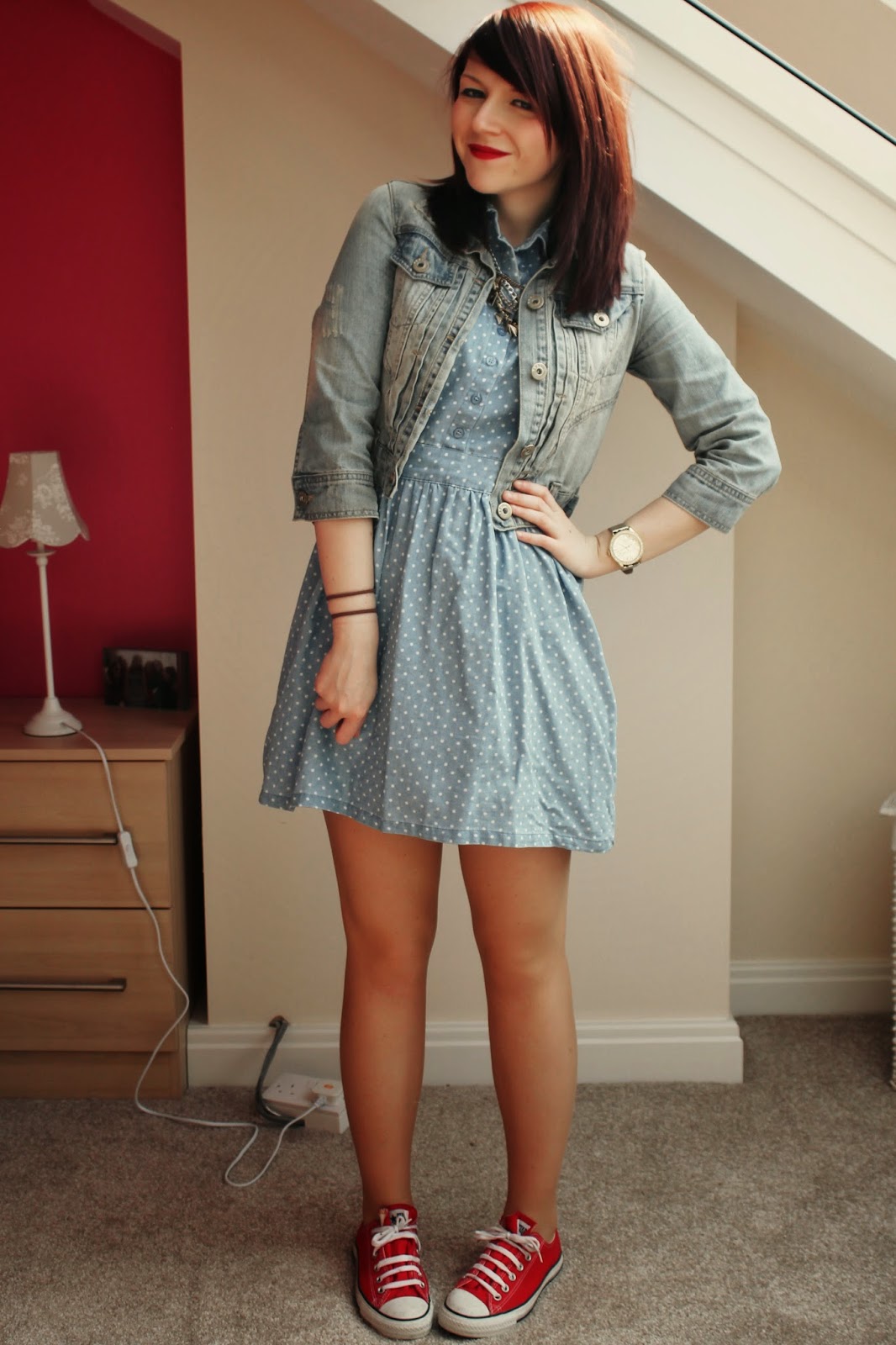 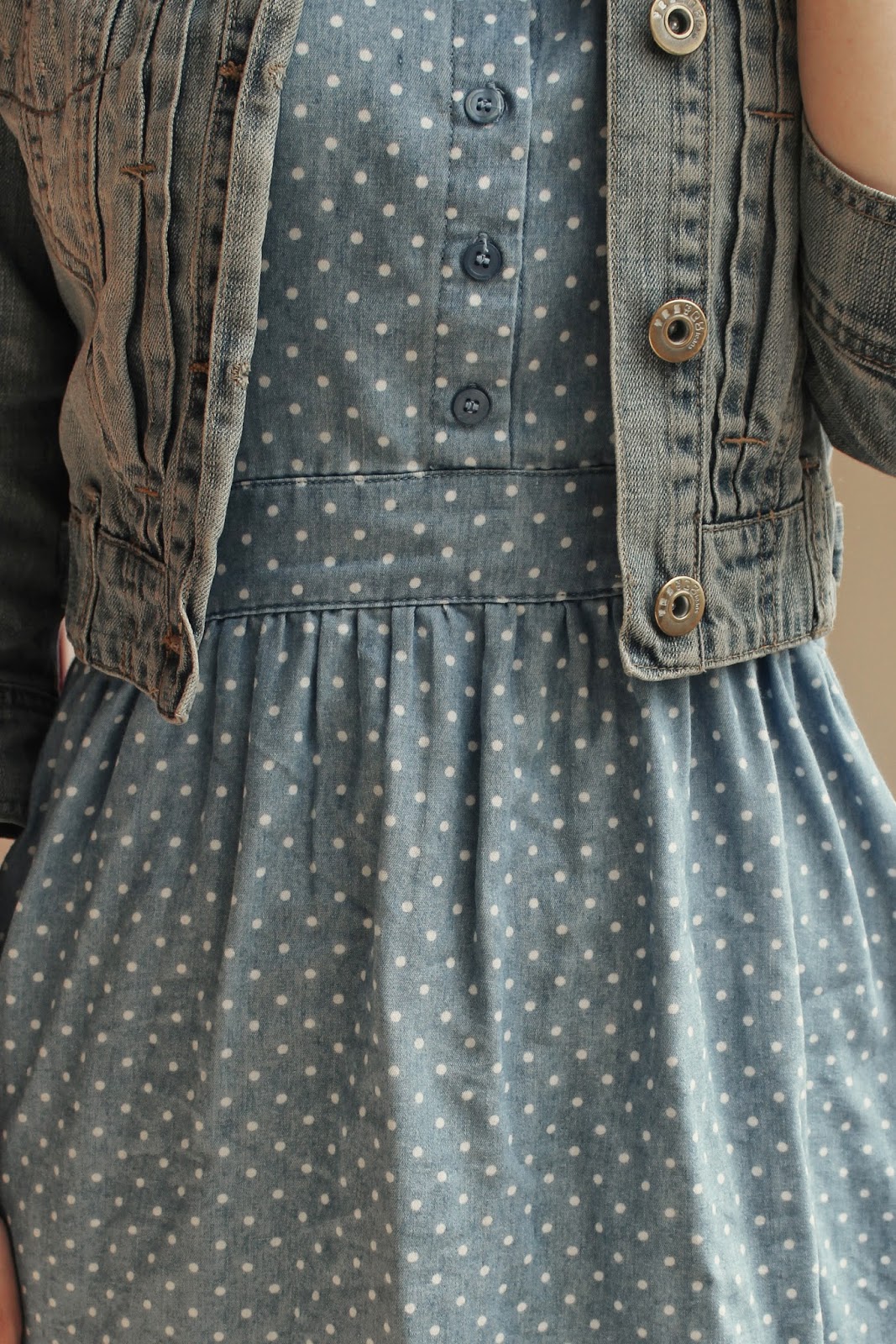 How crazy has the weather been lately? Take yesterday for example, it was okay in the morning when I went to park run, then it started to drizzle, then absolutely pour it down. Then about 5pm it brightened up! I was going to a BBQ at Phil's Mum and Dad's and we thought all day we should give up on the idea of a BBQ, but nope, it was cracking the flags by dinner time! I've kind of started to resign myself to summer wear now too. I don't want to be wearing coats and cardigans and my wellies. I'm ready for my summer uniform- summer dress, denim jacket and converse. You'll be seeing a lot of that combination over the next few months. 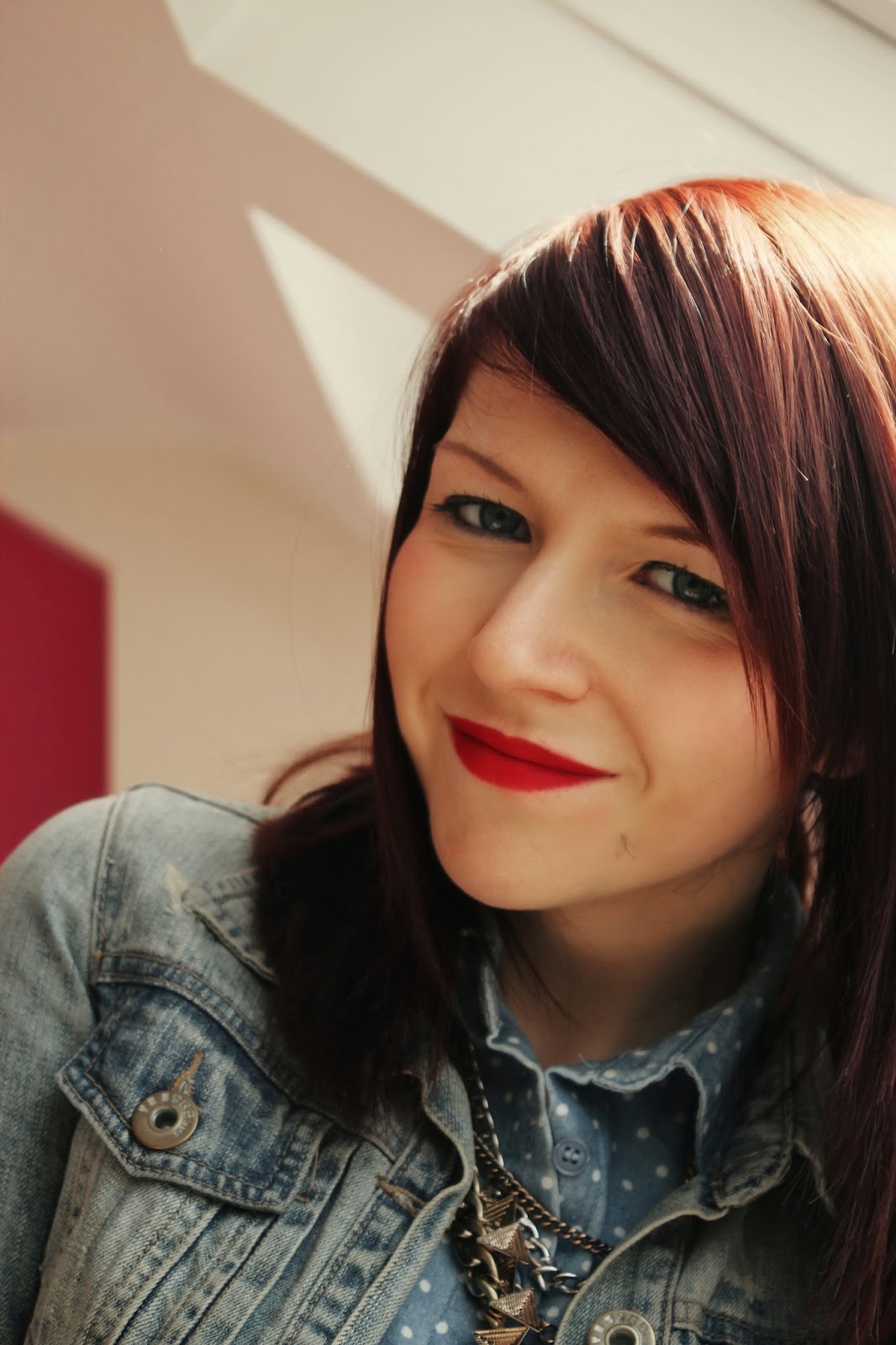 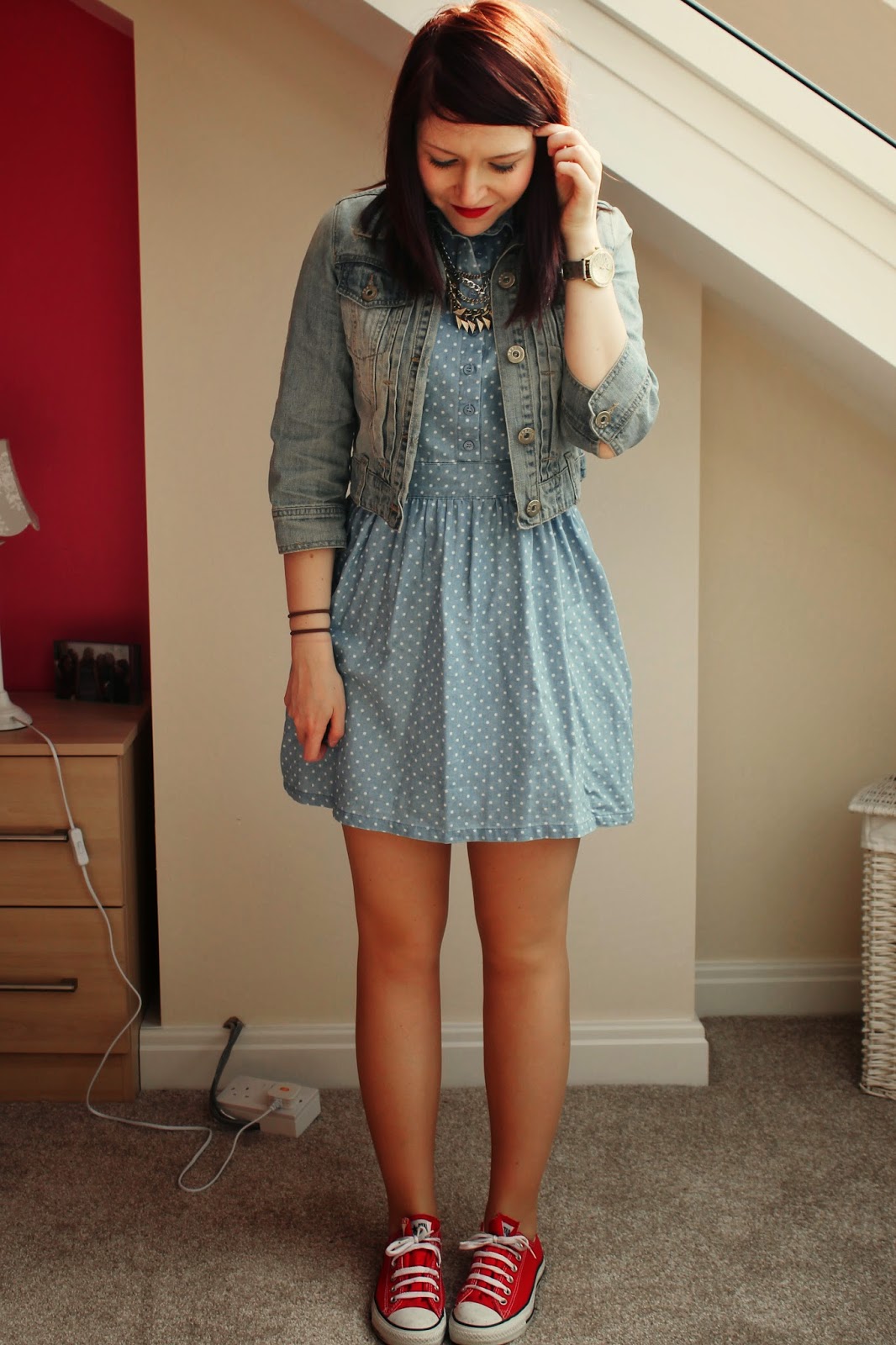 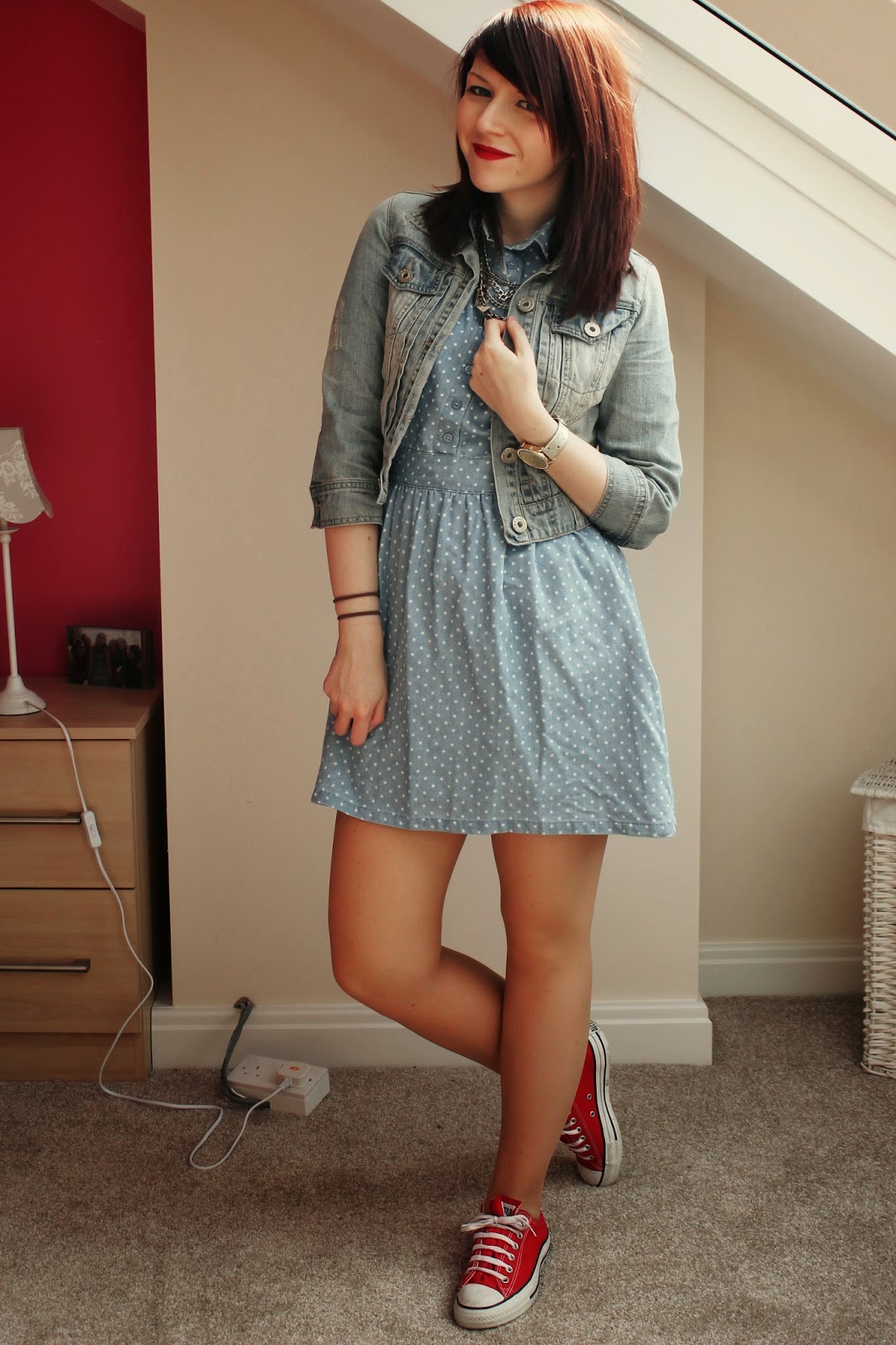 I mentioned in my last post that things have been a bit crazy around here. Sure there's the usual balance of full-time job/boyfriend/friends/family/running/choir/blog to cope with, but on top of that my Mum has been in and out of hospital over the last few weeks which has taken its toll on all of us. About a year ago we found that my Mum was having heart palpitations and she had an ECG. After not hearing anything for months on end, with each follow up appointment being cancelled, we assumed everything was okay. Until she finally got an appointment and it turned out the reason her appointments kept being cancelled was that she needed to see a particular Professor about getting a pacemaker fitted. This absolutely floored us, especially as we'd thought everything was okay. Fast forward a few weeks and there was a cancellation so her operation was booked for 28th May. Then suddenly a few weeks later, we found out it was going to be the 14th May. We ended up with only a few days to prepare. In the end, the day before the operation we were told it was going to be the Friday instead. Thursday night we took her into the hospital and Dad and I finally got back home at 11pm. I booked a half day to go see her but as her operation was at 9am, I could barely think straight at work. When I finally got to go and see her, we could tell something was wrong. It turned out that during the operation they had punctured her lung and it had collapsed. Apparently while this isn't common, it's not uncommon either. To cut a long story short, we've spent a lot of time in hospitals over the last week. She finally came home on Monday, only to have to go back in on Tuesday, and yesterday she had a panic attack so severe that we had to call an ambulance (she didn't know it was a panic attack, and as people who have had panic attacks will know, she thought she was going to die). It's been absolutely awful over the last few weeks and we're all incredibly upset about what has happened. After the panic attack yesterday she has been instructed to have lots of rest and we're all keeping our eyes on her. Our house also looks like a botanical garden at the moment with all the flowers and she is brightening up. It's just been a difficult time lately and we're all hoping everything will be okay soon. Sorry to end on such a down note. Hope you're all having a lovely Bank Holiday weekend.