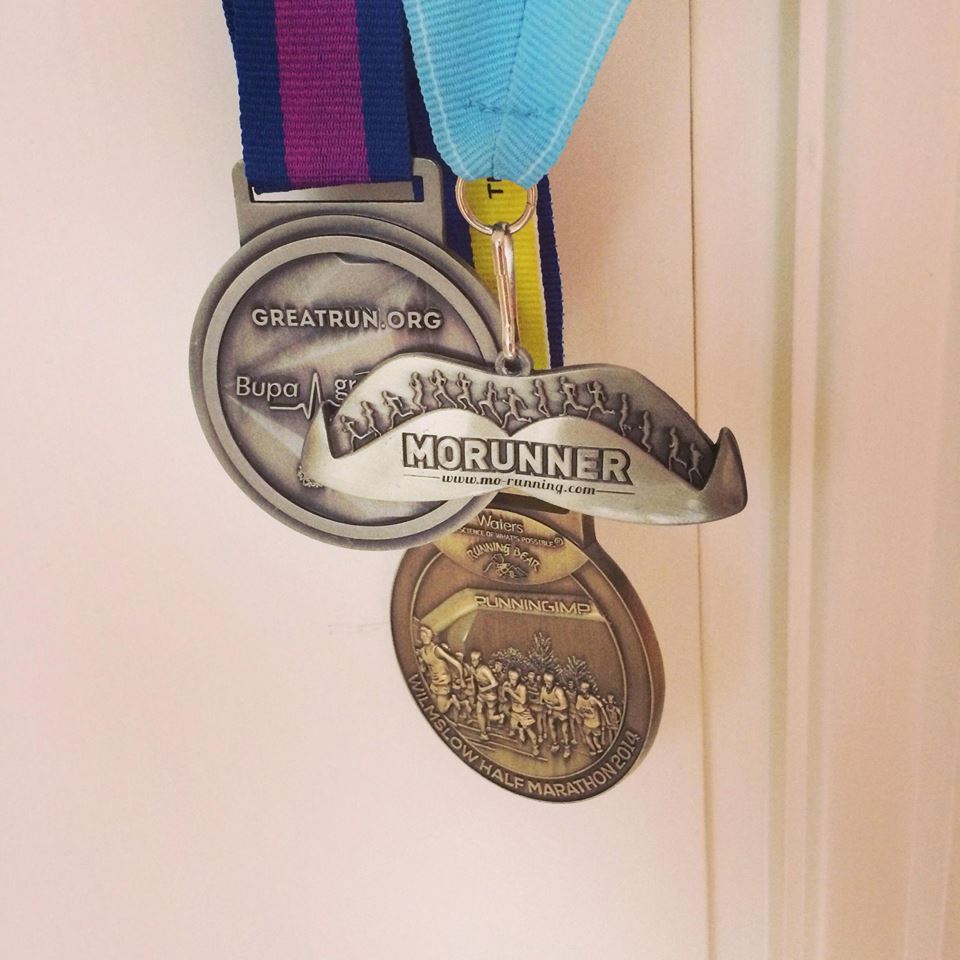 On Sunday, I ran the Great Manchester Run.
Despite having run a half marathon, this 10K was really important to me.
As some of you long-time readers might remember, this was the race that inspired me to start running. From nothing.
Last year I went to watch my friend Eve run it simply for moral support. I had no idea how much it would change my life for the better.
The atmosphere, the crowds, the excitement.
I stood right at the end and got to watch hundreds of people cross the finish line.
And right there and then I decided I wanted to be on the other side of the barrier next year.
You all know the rest. I started Couch to 5K, ran my first 5K, ran a 10K and then ran a half marathon. Running has become a huge part of my life. Something I get up at 5am to do before work.
And it all started with this race.
When my dad drove me down to Phil's, there were people all over the city walking to the race. I was absolutely buzzing with excitement.
I was actually giddy by the time we went down to the start.
It was even better than I had remembered.
Except for one factor: it was absolutely baking hot.
It was about 22 degrees when I was getting ready to run, and I'm pretty certain it hit 25 during the race.
Because I signed up before I had even started running, I had no idea how long it would take me to run the race so I chose the maximum time estimate, which meant I was in the last wave, which was starting out at 12.30, in the midday heat.
When it was time for my wave to move to the start, I said goodbye to Phil and weaved through the crowd. I had to keep stopping my Garmin from powersaving because it was a good 15 minutes before I even crossed the line.
For the first mile, I was buzzing.
I was grinning with excitement, remembering yes! This is why I run!
I ran my first mile in 10.40, about a minute and a half faster than my usual pace.
However that was when it started to get hard.
My calves went as we run up a slight but long incline. My speed dropped. I was crawling.
People alongside me were walking.
The only thing that got me through was thinking "at least it will be downhill on the way back."
The next few miles were a struggle and a blur.
The heat was relentless and there was absolutely no shade.
It completely sapped every bit of your energy, making you feel like you were running through treacle.
I finally felt myself again after about 4 miles.
At 8K we were blessed with a cold shower.
I shoved my iPhone into my pocket and raced through. It was glorious.
But I was dry again within minutes.
I was exhausted.
I knew I was losing time and edging further and further away from my time goal.
I felt stupid.
This was a 6 mile run. The kind of run I do nearly every Sunday morning.
I'd run a half marathon, 13 long miles, just weeks before.
Why was I struggling to do a 10K?
But 200m from the finish lines, I heard my name.
Phil and his friend Rosie, who had run the wave ahead of me, were screaming my name.
I absolutely zoomed past.
And across the finish line.
Where as usual, I started to cry.
My time was 1 hour 18, about 5 minutes slower than I hoped and the same as my Mo Running 10K. 8 minutes slower than my first 10K.
But I didn't care.
In fact I had stopped caring about my time about 2 miles in.
Everyone that I knew came in a good 5-10 minutes slower than expected due to the heat.
People were vomiting and passing out. Some people had to be carried over the finish line.
If it had been a normal weekend I would never have run in such heat.
But it was worth it to be part of Europe's biggest 10K with 40,000 other people.
And I'm so proud of how far I have come this year.
From never having run before to completing a half marathon, to coming back to the place where it all started.
I can't wait for next year. 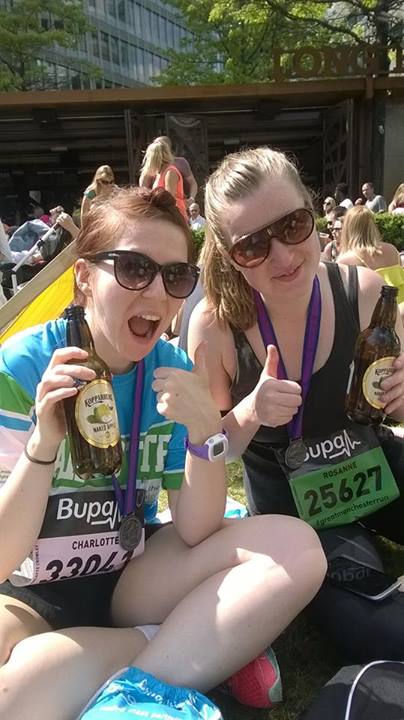 Rosie and I having a well-deserved post-race cider
PS. I promise a proper life update and outfit photos this weekend. It's been a bit crazy lately.