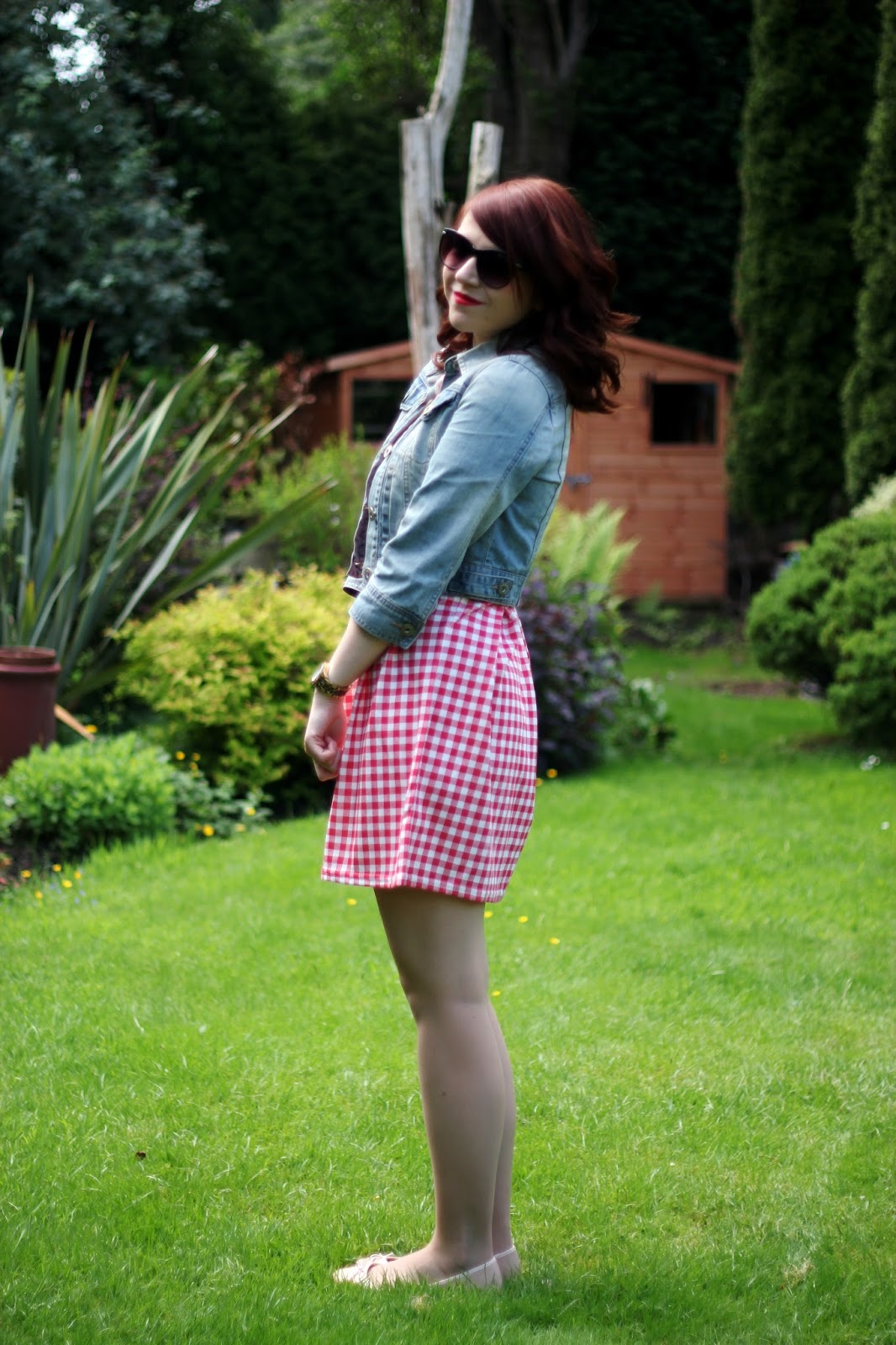 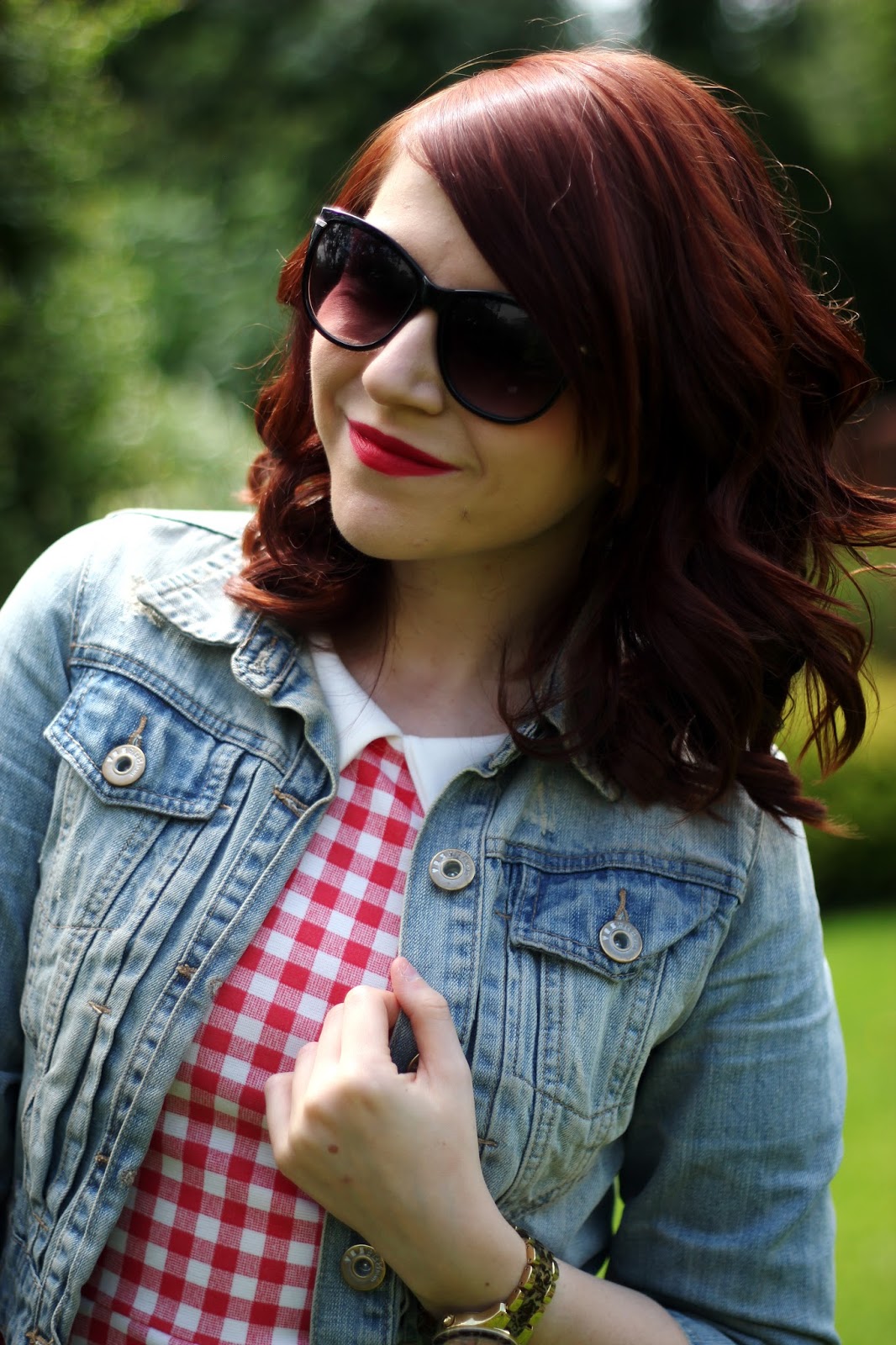 Owwwh Sunday night already- where did my weekend go? I'm really not feeling these two day weekends! Last weekend was a bit of a quiet one but I think I made up for it this weekend. On Friday Toby invited all of the Brand team round for a Mexican feast. This has been in the making for over two months! We had frozen margaritas to start, and then the table was set with huge bowls of beef chilli, chicken fajitas and a veggie dish for me (roasted butternut squash and refried beans- YUM!), then bowls of salsa, cheese, sour cream, lettuce, homemade guacamole, jalapenos, hot sauce, taco shells, tortilla chips, tortillas.... everything we needed! It was SO much fun! I love hanging out with my team. I stayed til 10.30pm and then popped round to see Phil who was poorly. On Saturday I got up early for parkrun, got ready, ran some errands and then went over to Kate's house. A group of us from work went to watch Fareed play roller derby! I've never experienced roller derby before and it was awesome! I had so much fun! Fareed's team didn't win but he was awesome and I'm definitely going again. Then I headed back to Phil's to get ready to go out for Kris' birthday. And then it all went wrong. Phil wasn't feeling well enough to come out so I knew I'd be going on my own, which I was pretty gutted about. But I was all ready to go and just needed Phil to zip my dress up. It was the blue version of my Jones and Jones Audrey dress and the first time I'd worn it. When I'd tried it on the zip had been dodgy, but my cream one is like that so I didn't think anything of it. Phil struggled with the zip for a while and then I decided to do it myself by spinning the dress around to the front. I managed to get the zip over the tricky bit and went to finish zipping it up when I realised the zip had split. I was stuck! Phil and I frantically hit google to try to find an answer and tried for a good half an hour to line up the teeth of the zip. My dress was ruined and I had nothing else to wear! Eventually after a good 45 minutes of being stuck, I managed to get the dress over my head. But I had nothing to wear for Kris' and by this point it was nearly 10pm and I was in tears. My dress was still broken and I was down and exhausted. In the end I realised that I couldn't go out. It was too late, I was too sad and I had nothing to wear. So in the end I spent last night curled up with Phil and a tub of Ben and Jerry's. Not the worst way to spend a Saturday night, but not what I had in mind! Today we got up early, which is unusual for us for a Sunday, so I suggested we go for a walk. We walked along the canal to Deansate and fell over an Artisan market. After a walk around, Phil saw a sign advertising a pot of tea and scones for two, so we had that and it was lovely. The rest of today has been quiet. I decided after our walk to give my run a miss so I've spent most of the day getting everything ready for the week- dinner for tonight and tomorrow's lunch, breakfast for the week, a pan of quinoa for salads... 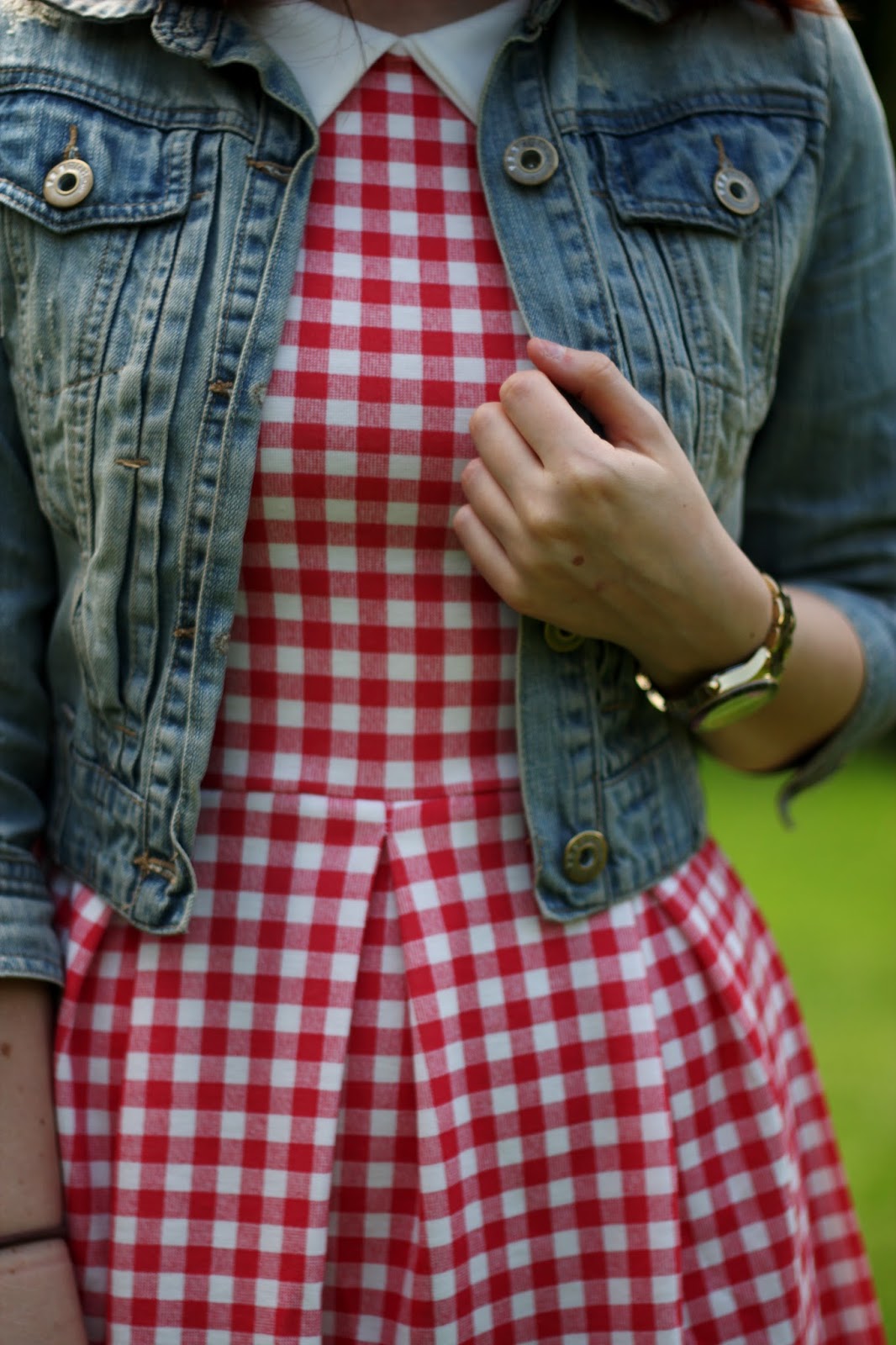 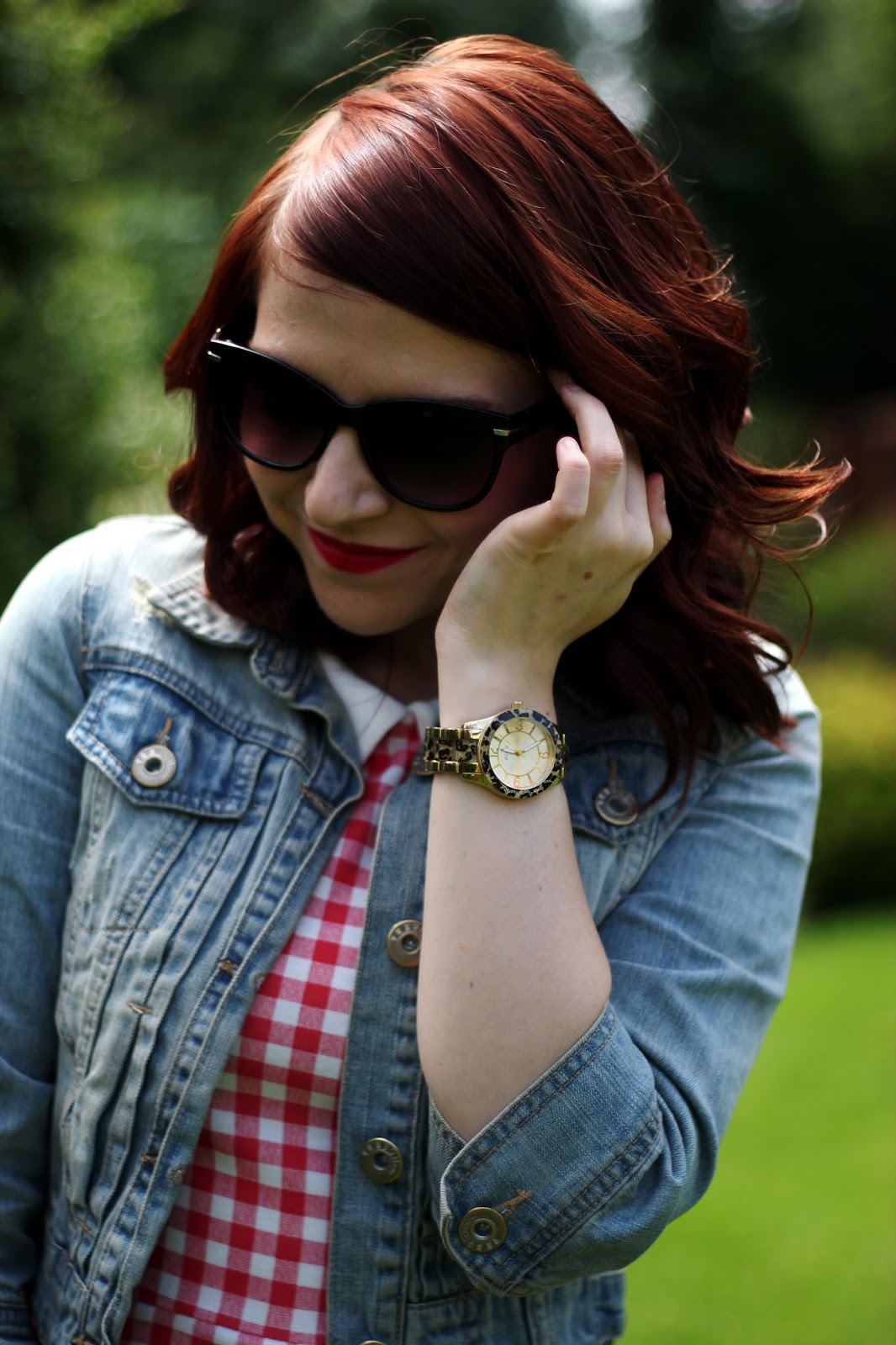 I've been waiting for a nice day to wear this dress. Yesterday was perfect! This dress has a story too. I was queuing up at the salad bar at work last week and there was a huge queue, so I was playing on my phone, when I mindlessly typed "red check dress" into Shopstyle and fell over it. Cute red check, peter pan collar, skater shape, 20% discount on dresses from boohoo? Done. It was ordered before I'd even ordered my salad. But when it arrived, it had a big pull on the front of the dress which rendered it ruined. I got onto boohoo on Twitter right away and within 15 minutes they had ordered me a replacement with next day delivery. I was super impressed! (Whether I'll get the same experience from Jones and Jones with my broken dress is another matter...) Anyway right away I knew I wanted to pair this dress with my denim jacket and my favourite Ruby Woo lipstick. When I walked into Phil's yesterday he just went "woowwwww!". I never get that reaction! You can't really see but these shoes are also new. An absolute bargain from Dorothy Perkins for £9. Perfect nude shoes for work during the summer: 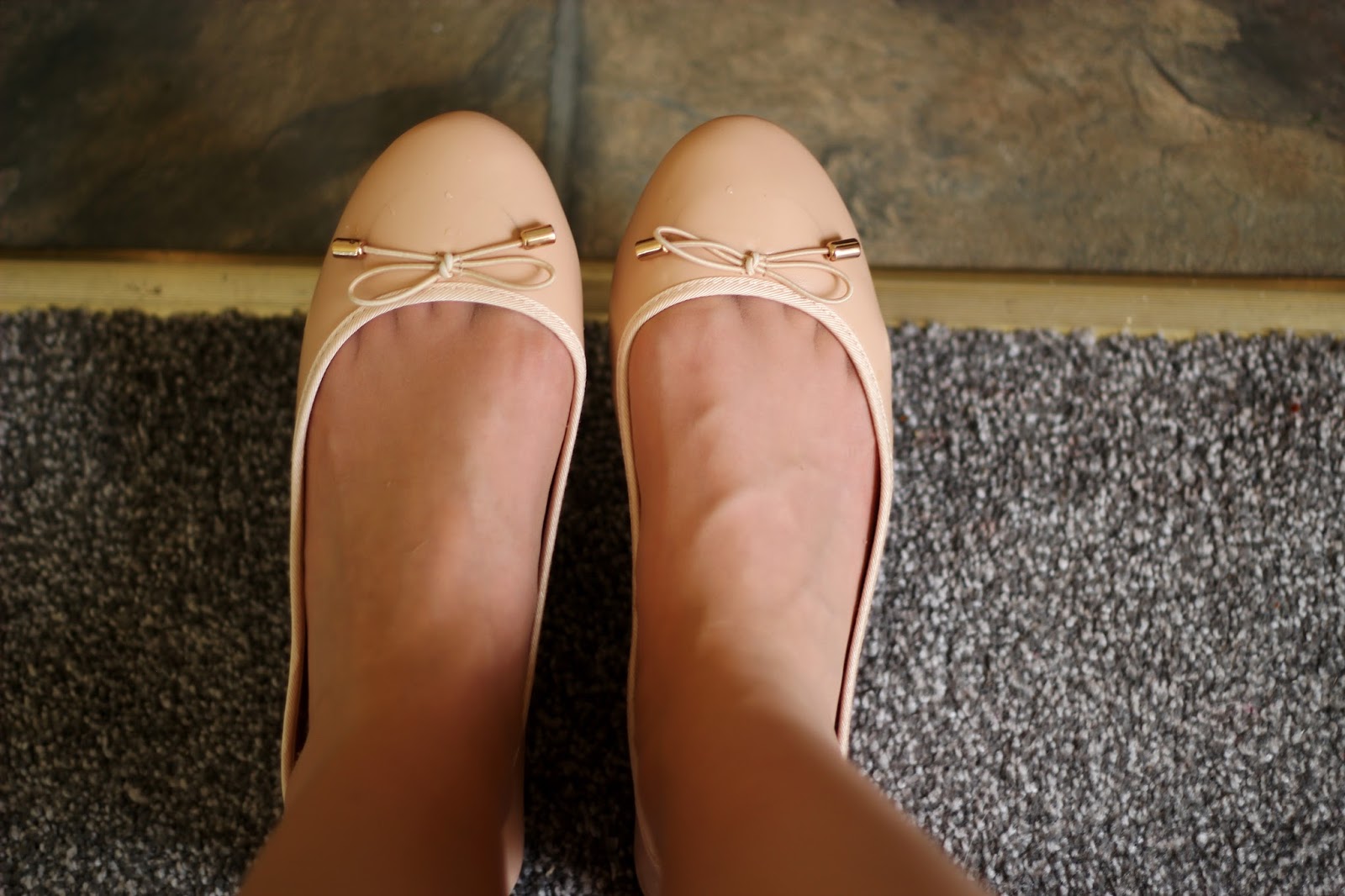 Well I think I've chatted on with myself more than enough there! I just want to say thank you to everybody who sent their love and wishes to my Mum after my last post. She is doing much, much better and is going back into work tomorrow and hoping to have a few days in the Lake District at the weekend which will be nice. I've got a really busy week this week but a quiet weekend so I'm looking forward to it. I was a bit under the weather last week so I haven't done much running, so I'm excited to get back into that. I did have a big training plan ready for the next few months but instead I'm taking a step back and running when I want to, doing the distances I want to at the speed I want to. I'm ready to really enjoy running, not running because I "have" to. I have a post in my head I want to write about my journey post- half marathon so I'm going to start putting that together soon. 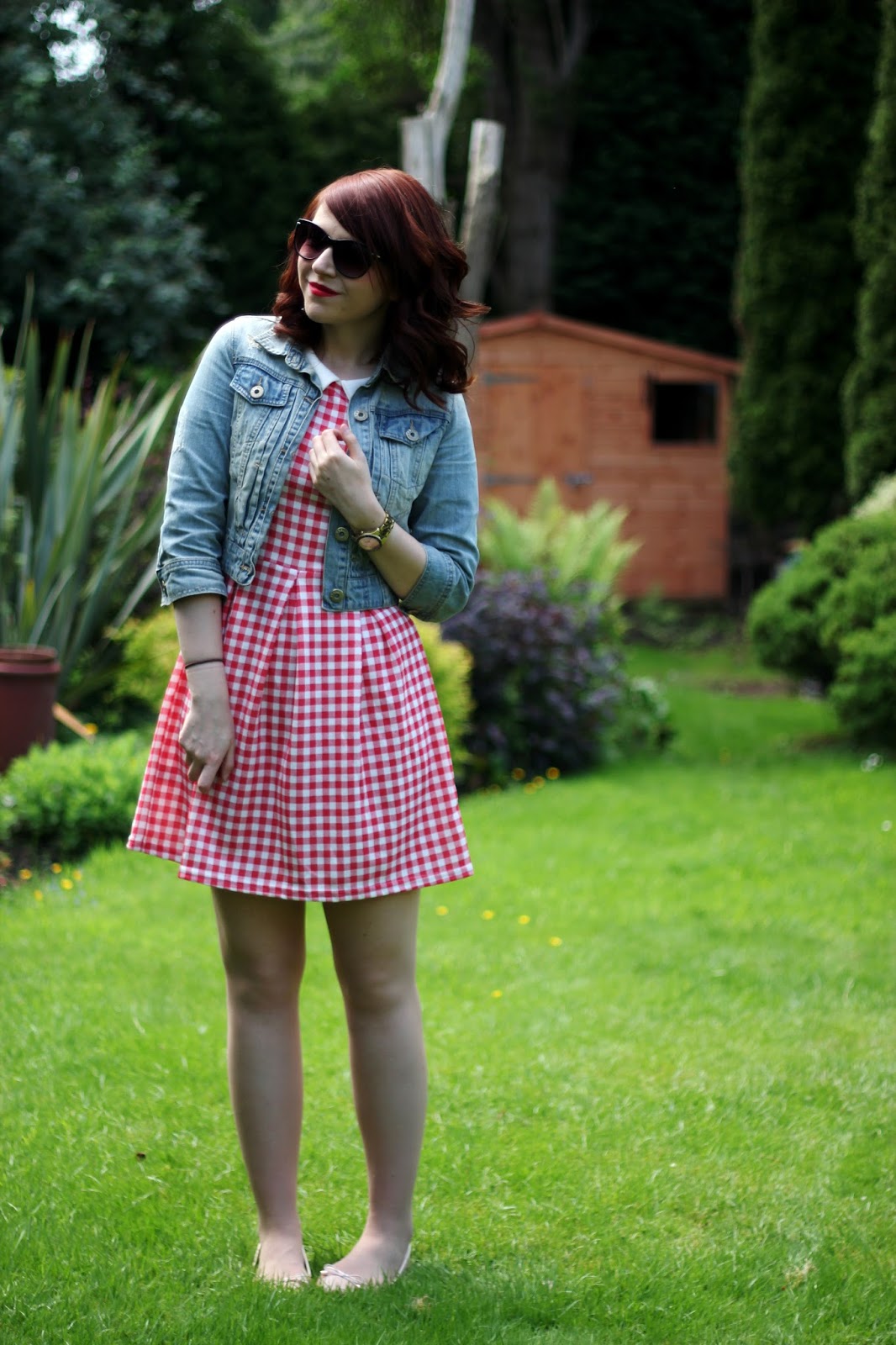 I hope you'e had a great weekend!