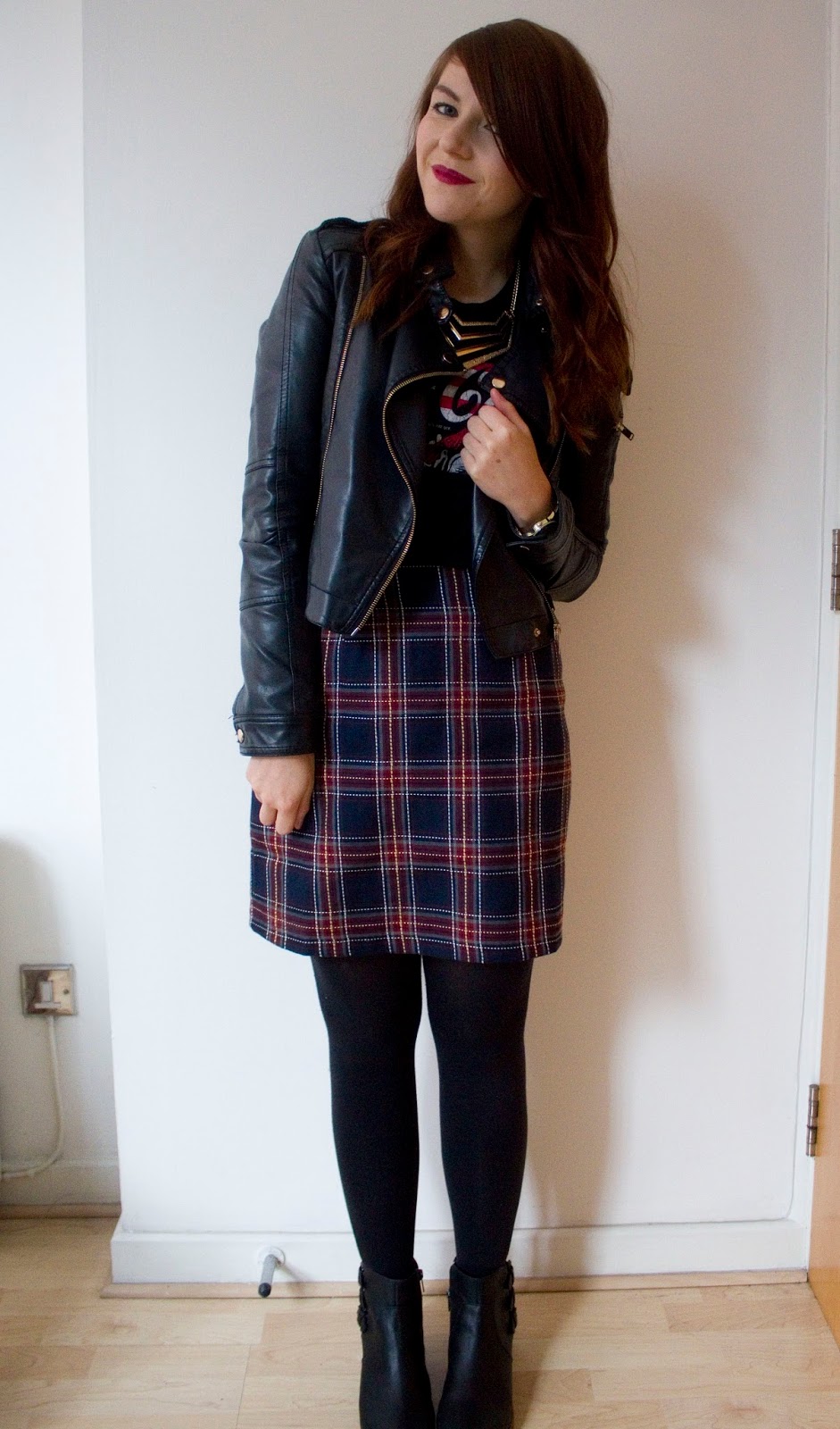 Today is mine and Phil's two year anniversary. Two years, whattt. It definitely feels like we've been together forever, but it also feels like, wow being in a relationship for two years is pretty good going! I won't get super soppy (because I already did on Instagram) but I've had the best two years of my life with him and I love him more every day.

We went out last night to Hotel Gotham which we've wanted to go to for a while. The restaurant was very cool, the view was awesome and we were well looked after. It was nice to get dressed up and go somewhere nice. We went for cocktails afterwards and on our way managed to catch some of the gorgeous fireworks at the town hall. It was such a lovely evening!

Today I managed to go on a 2 mile run (!!). After about a week of being relatively pain-free, my foot decided to bring me a new dose of pain on Tuesday which really really got me down. I dithered and then decided to finally book to see a physio. So yesterday I marshalled a very soggy parkrun again and went to see a physio. He was very, very good and asked me a lot of questions, but he couldn't really pinpoint what was causing the pain, and I also wasn't getting any pain so it was hard for me to explain where it was and what it felt like! The conclusion of the appointment was that I don't stretch enough, my left side is my weakest and I have weak glutes, so he sent me off with some exercises and told me to give running a go.

So this morning I dragged Phil out on a 2 mile run with me to see how I got on. Being with Phil distracted me from thinking about my foot and it was so nice to be running again! I'm not going to rush into running 30 miles a week, but I'm hoping to be better for parkrun next week.

We've also popped into town today to do some shopping, and for the first time ever, Phil came home empty-handed and I came home with a few treats! In the two years we've been together I don't think we've ever had a shopping trip where Phil hasn't come home with something.

My first stop was Bravissimo where I went for a fitting. I'd known for a while I was wearing the wrong size bra (I could pull the band about 5 inches away from my back!) and I knew it was time to get it looked at. So today I went from a 34B to a 30E, which was a bit of a shock! I had a lovely experience and would definitely recommend it. Bravissimo are a bit unusual as they do everything without a tape and just go on fit. Don't be put off if like me you thought you were too small for their sizes - you might be surprised!

We also got me some new pyjamas, as Phil had bought me a Liverpool FC nightie for our anniversary that turned out to be for ages 7-8 so that was a bit too small! (He did also get me some flowers and seasons 6 and 7 of The Office as I was basically inconsolable when it was taken off Netflix). I got two pairs from Boux Avenue where it was buy one get one free! 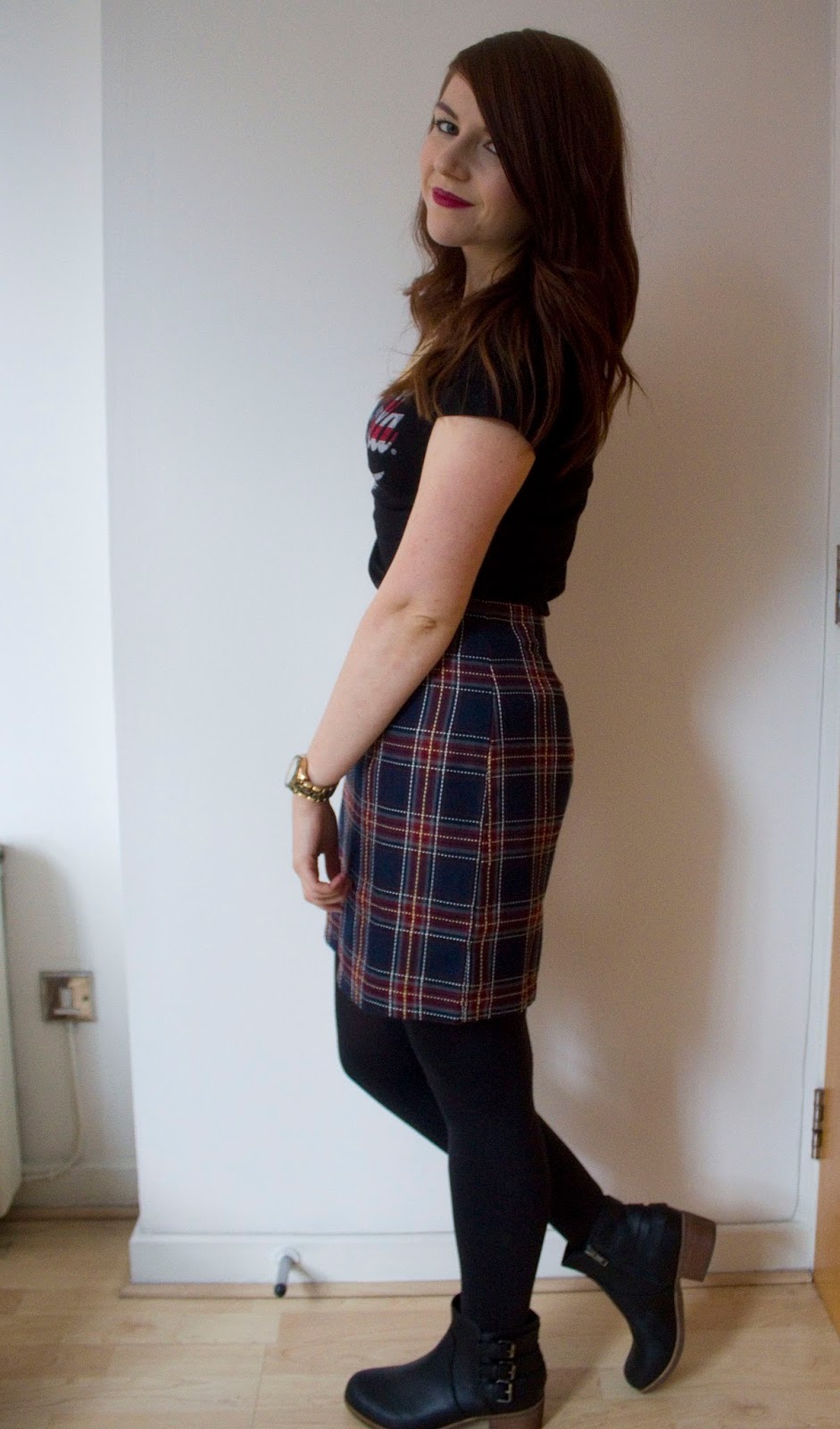 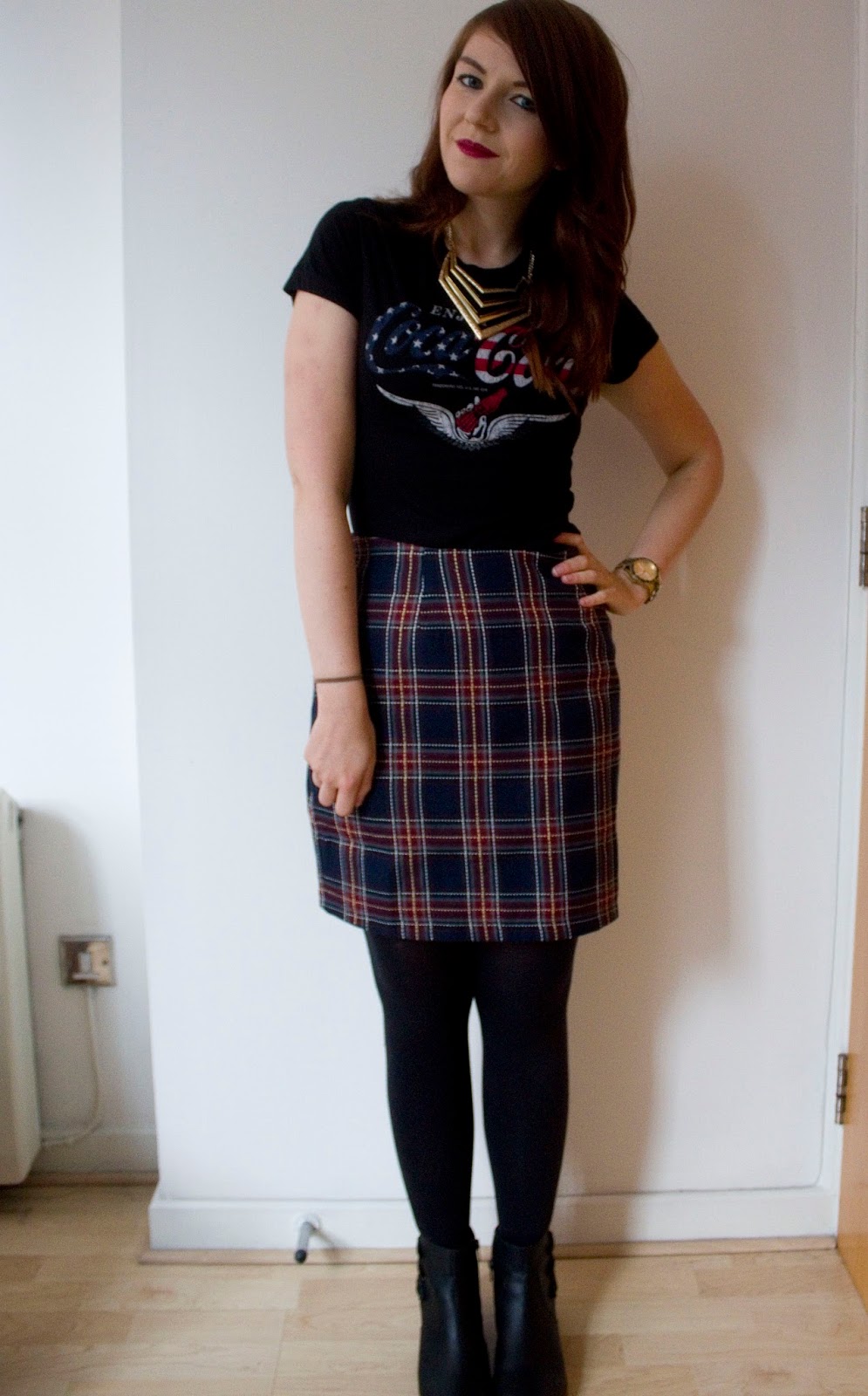 I wore this outfit last weekend when we went to see Spectre with my parents. I chose this skirt from Joy and had to resist all temptation to just pair it with a jumper and boots. Come on, we know by now that I love to rock a jumper, skirt and boots! But I decided to try something a bit different and I really love this outfit! I also wore the black Ugg boots I showed you in my last outfit post because they are amazing! Hope you're having a lovely Sunday! I'm looking forward to listening to the football, making mac and cheese for dinner and maybe relaxing with a film and some hot chocolate!