When I came to write this post my first thought was "oh, I didn't get up to much in July. That's weird." And then I realised, no wait, it's not, because on 1st July I went back to work.
I was on furlough for all of April, May and June, and in a truly-me way, I tried to make the most of it. Every single day at 8.30am I was at my desk ready to "work" on online courses or volunteer work with Furlonteer (which I highly recommend looking into if you're on furlough and want to help charities. I helped a food co-operative in London with their social media strategy) or, once we got Bobby, research dog training or pet insurance or dog food. I "worked" all morning and then took the afternoon off for cross-stitching, reading, blogging, Animal Crossing, baking, or whatever else I fancied doing. And of course, at times, it was tough. I'm not very good at not having a purpose, and I'm a classic millennial in that I feel pressure to be productive all the time. I also, of course, worried about my job. I moved to work in the aviation industry back in November, and while every industry has been affected, aviation has been obviously affected pretty badly. Throwing myself into online courses and research and making myself feel productive was the only way I got through my time on furlough.
But now I'm back at work and it's good to be back. I absolutely love working from home. I think because I've only been doing it a short amount of time (I literally had a week and a half at home before I started my furlough, and I've only been back working a month so far) it's still such a novelty. I love not having to commute, I love being able to make a cup of tea and have a cuddle with Bobby, I love being able to sing along with my music and I honestly feel so much more focused and productive at home. After months of living in leggings and barely wearing makeup or doing my hair, I also make myself get dressed into something I'd wear for work and do my hair and makeup every day which helps.
So as a result, July has been kind of quiet! Fewer books read, fewer hobbies enjoyed, three half-written blog posts sat in my drafts I really need to finish. I've needed my weekends a lot more to relax than I did when I wasn't working, so they've been spent relaxing and reading. I also enjoyed catching up with friends and family a bit more in July, however as I live in Greater Manchester this will be hugely reduced now we have the new restrictions in place, but I'm very grateful than I managed through July to see nearly everyone I wanted to, and was able to catch up with my family a few times and my closest friends.
So here is the (very little) else I got up to in July, and here's my dog-heavy-as-always One Second Every Day for July.

I had a lot of mixed emotions about the Hamilton film coming to Disney Plus. I am a Hamilton obsessive. You might remember Phil and I going to see it in March 2018 - we'd booked the tickets in January 2017, which meant we waited longer to see Hamilton than we did between booking our venue and our wedding. After bugging Phil last year about going to see it again, he booked me tickets as a surprise for Christmas, and we were meant to be going to see it again in April, which of course didn't happen. So I was pretty bummed out about that, and it was something so precious to me I felt really defensive about it being "exposed" to the world.
So we decided to make a night of watching it. We invited my cousin Jeni round, a fellow Hamilton obsessive, and we got a takeaway and had snacks and had a socially distanced watch party and it was amazing! Jeni has seen it twice but we've seen different casts, so it was so good to compare notes against the original. Phil and I listen to the soundtrack all the time (we have the CD in the car. The CD! When I bought it at the end of 2016 it was the first CD I'd bought in probably nearly a decade) so it's brilliant to have the option now to watch the original cast version whenever we want. 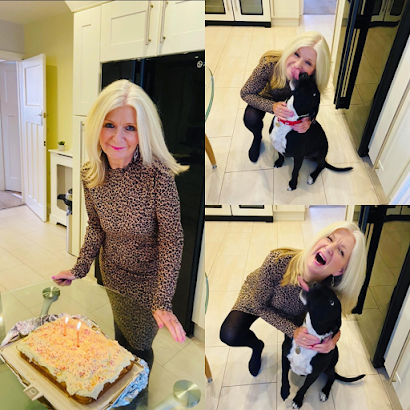 July also meant my Mum's Birthday and we were so glad that (at the time) the restrictions were lifted enough that we could actually go round to my parents' house and celebrate with a takeaway. Phil made her a cake (more on that later) and Bobby gave her lots of Birthday kisses and it was so lovely.
After so much time at home during lockdown, we've finally made a start on doing some more redecorating (July marked 3 years in our house but erm... there is still a LOT to do!). Phil had some annual leave last week so he stripped all the wallpaper in our bedroom, the hall and the back bedroom. We also dropped Bobby off at my parents for our first dog-free trip out and our first visit to a non-essential trip, to go to IKEA to finalise our PAX wardrobe system and also found a new sofa! Our order is coming on Monday and I cannot wait to get all the wardrobes built and get the rooms plastered and painted.  The downstairs of our house is almost exactly how we want it but we haven't done much work upstairs so I'm really excited to make it feel a bit more us (after 3 years...). 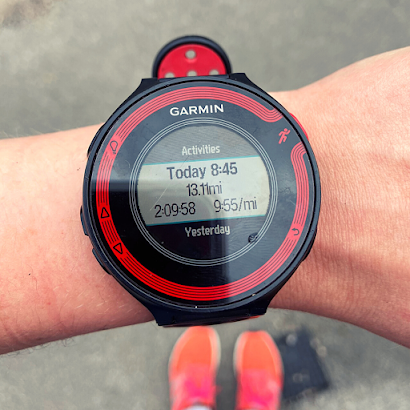 I only had a few goals for 2020 - run my 250th parkrun (sob), run 50 parkruns in a year after running 49 last year (double sob), get a dog (check!) and to get a half marathon PB (as well as running two half marathon races). The Great Manchester Run was meant to be in May but got rescheduled to September, but then last month they decided to cancel it and move our places to next year. But they said we could still have a medal if we ran the distance. So the last few weeks I've been training up to half marathon distance and last weekend I ran the full 13.1 miles. It was definitely not a PB (although I'm convinced on the day I could have got one based on my training pace!) but I was chuffed to have the opportunity to do it and still get a medal, and I had a brilliant time running it. I won't get my medal for a few more weeks but I'm really proud of myself for getting it done and glad I got a chance to run the distance. 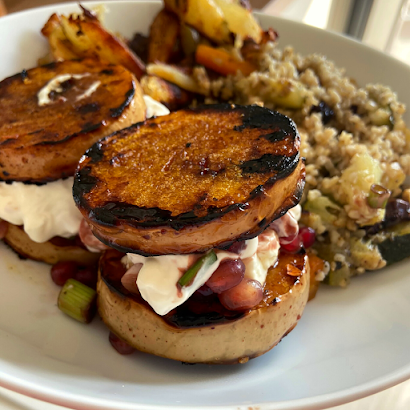 I talked a bit last month about Genevieve Taylor's Charred and Edd Kimber's One Tin Bakes but they really work my go-to books for July. We've been having "fake BBQ" every Sunday where I make something from Charred on the grill pan, and Phil has some chicken or burgers and honestly, everything from Charred has been absolutely amazing. I made the butternut squash stacks with feta and pomegranate two weeks in a row! 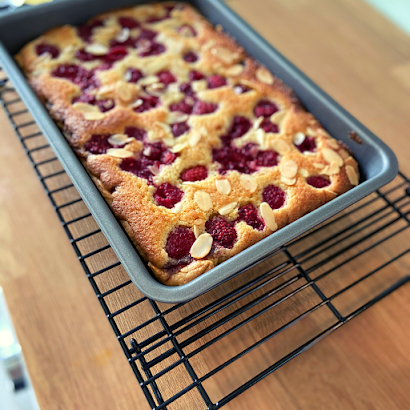 And Phil has baked from One Tin Bakes literally every single weekend since we got the book! I've asked him if he'll help me write a mini review of it for this blog (seeing as I can't really write it myself as all I've done is eat from it...). 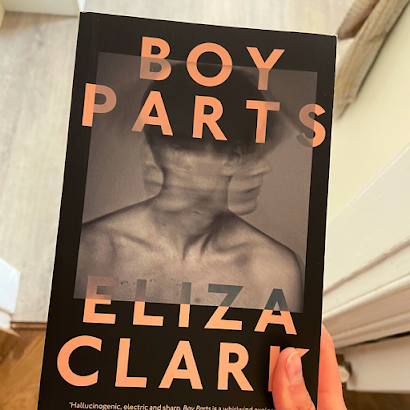 Not a huge reading month, though I did finish three books last weekend which made up for it! I found myself dragging my heels with a book from NetGalley which I just wasn't into, and spent about 5 days trying to read it before I eventually gave up with it and decided not to give feedback. I need to remember to do this more often!
Here's what I read in July:
Perfume: Story of a Murderer
Boy Parts
Ghosts
True Story
We Were the Mulvaneys
How do we know we're doing it right?
Jillian
Lamb
Mother Mother
If you've followed me on social media at all you'll know that I am absolutely obsessed with Boy Parts. When I knew I was going to love it when Alice Slater described it as "Patrick Bateman in an E Cup", but I didn't realise how obsessed I would be with it. Definitely one of my favourite books of the year - maybe even top 5? If you like dark (like, really dark) books, with plenty of blood and murder and feminist satire, I can't recommend this more.
I am a huge fan of The High Low podcast and in July I got to read books by both the presenters! I was buzzing when I was approved for Dolly Alderton's Ghosts on NetGalley, especially as I had it preordered. It was absolutely brilliant and just as good as expected. I read the whole of Pandora Sykes' How do we know we're doing it right? in one (very rare) night home alone this month. It made me laugh, made me actual cry, and made me feel very seen. I always really related to Pandora on the podcast, and this book was an amazing mix of the personal and the well-researched.
I also loved Rory Sutherland's Alchemy which I listened to on audio last month. I adore Rory Sutherland (if you haven't watched his TED talks you really should - Life Lessons from an Ad Man is my favourite), especially as a marketer, and this is one of the best marketing books I've ever read, which isn't even really about marketing.

In between all the football, we did manage quite a few films this month. I think this is partly because apart from I May Destroy You, we haven't had a TV show properly on the go since we finished The Americans back in May.
Here's what we watched in July:
Films I watched for the first time
Saving Mr Banks
Taxi Driver
The Ritual
This is Spinal Tap
Carrie
Rewatches in July:
Donnie Darko
Game Night (always)
The Truman Show
Cabin in the Woods

(If you read one thing online this week please make it Jack Monroe's You Don't Batch Cook When You're Suicidal)
Refinery 29 - 10 bizarre money habits making millennials richer
Yes and Yes - How to stop researching and start taking action
The Telegraph - Don't want to shop post lockdown? Here's why
Biscuits and Blisters - Dear Louise, again
Writing Between Pauses - 3 Habits to Stay Organised
The Independent - How expensive should fashion be? The true cost of our clothes isn't decided at the till
Refinery 29 - How toxic masculinity and the refusal to wear face masks puts us all at risk
Anne Helen Petersen - Taking Stock
The Guardian - Eliza Clark - "I'm from Newcastle. In the publishing industry I'm diverse"
Refinery 29 - Why those bad lockdown habits feel so good
Hope you're all doing okay!