May disappeared in the blink of an eye for me!

As I mentioned in my last post, the day after we came back from Barcelona, I started coughing. Then the next day I felt absolutely awful. And then the day after that I finally tested positive for Covid.

It’s been a long time coming and I’m so grateful to be triple vaccinated. I felt pretty awful for a few days and was testing positive for 6 days but I managed to keep working the whole time from home (though one day I did have to go to bed as soon as I finished work at 5pm!) and thankfully I don’t seem to have had any lasting effects.

But the result is I feel like May was a bit of a blur! While I was ill I obviously couldn’t do much and I really struggled to read and mostly spent the time feeling lethargic and sorry for myself!

But looking back, it wasn’t all bad. Here’s my One Second Every Day for May and everything else I got up to …

I was soooo relieved to finally test negative on the day that I had a big work team meeting and a trip to Flight Club. Flight Club is a social darts game and it's just so much fun, especially with a big group. I'd been so excited to go so I was thrilled to see only one line on that Lateral Flow test! I had such a great time and I'm actually going again with my other team at work in a few weeks. 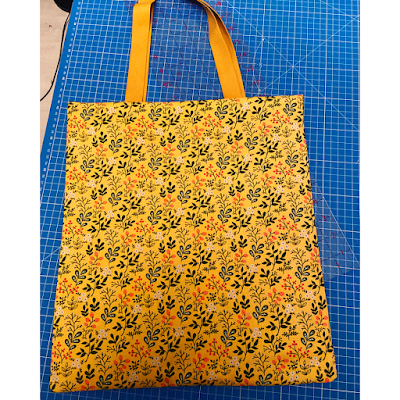 As I mentioned in my last post I've decide to start sewing so in May I had an evening with my friend Riven when she taught me to make a tote bag! I'm so so so proud of it and learned so much (I am a notoriously slow learner!) and I am really enjoying my sewing journey! 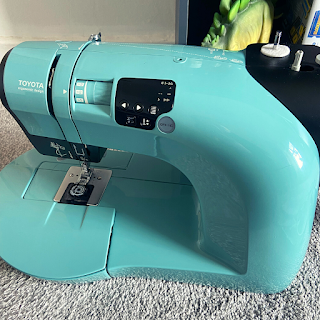 Last month I also caved and got myself a sewing machine too. More on sewing next month! 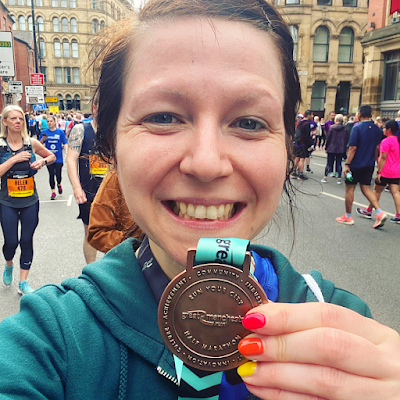 The main reason I was so gutted to get Covid in May was because at the end of the month I had my 10th half marathon. After crossing the line at 2:00:23 last September I had trained so hard to get back under a 2 hour half marathon and I was feeling really great about my training. And then I got Covid.

I was just less than 3 weeks out from my race when I got ill and I knew there was no way I'd be able to race at the same level I wanted to. I was still coughing at least a week after testing negatively and I could tell my lung capacity was reduced and I'd lost a lot of fitness. I was absolutely gutted but I knew it was time to reassess my goals.

Even up until a few days before I was worried I wouldn't be able to finish the race or have to walk portions of it. Phil was running the 10K only 3 hours after my start time, but he was happy to push back to another wave if I wasn't done by the time he needed to head to the start. I set myself a best-case goal and hoped I'd be able to finish.

As always I had to resist every urge to just go for it the second I crossed the start line, and I started trying to adjust to the pace I'd planned in my best-case goal, but it felt too slow! I was having a good time, it was cool but sunny and I was just so grateful to be able to do this race. So I just ran by feel. I can't remember the last time I ran a half marathon without a time goal and I just decided to run and see how I felt. When I crossed the half way point at just over an hour I knew Phil would be laughing at my plan to "take it easy" and though the second half was tough, I finished in 2:02:58 - less than 4 minutes off my PB.

I was absolutely buzzing to not only be finished but to have hit such an unexpectedly good time for me after being so ill only 2 weeks before, and also that I just really enjoyed it! 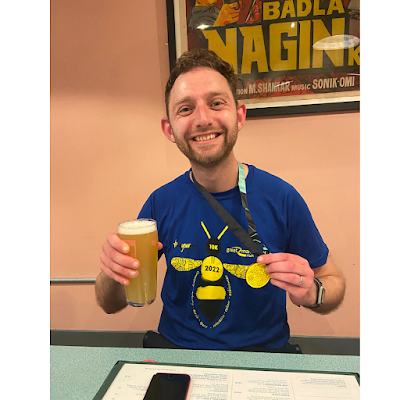 After the race I took Phil to the start for his 10K and cheered him on, then waited at the finish and grabbed a great spot at the finish to watch the Elite Women and Men finish, and then all the 10K runners. Phil did so well too and we treated ourselves to a Bundobust to celebrate! 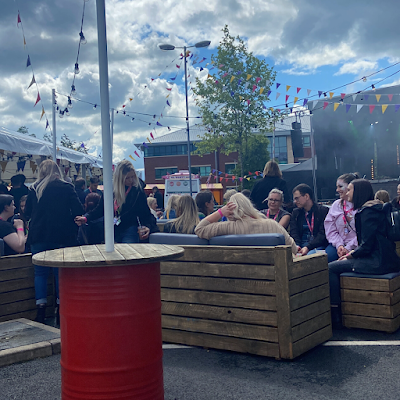 Finally I finished the month with our Pets at Home end of year party, Petsfest! We had a little mini festival in our office car park with food stalls, drinks and amazing entertainment. I had such a good night with my colleagues dancing to the amazing band and spending way too much time in the photobooth.

Not a lot of books in May, but some great ones:

So a weird thing in May - I got completely obsessed with one book. I'd preorded The Arena of the Unwell cause it seemed like something I would really like (a story about a young queer guy obsessed with his favourite band who makes friends with two guys in a toxic relationship). I started it the day it came out and absolutely devoured it. I loved it so much so that the day after I finished it I felt so bereft that I... started it again? And then read the whole thing again in 2 days. I even had it on my Kindle app on my phone so I could read it in those dead phone-times where you just pick up your phone to kill some time. And there's a chance I might be on what I'm calling my "third close read." Honestly, weird! I can't remember the last time I reread a book let alone twice in a week. I'm obsessed.

I absolutely love Jon Ronson's podcasts, especially because his voice drives Phil mad (and what is marriage but doing things that annoy your partner?). His latest podcast, Things Fell Apart is a fantastic look at the "culture wars" from TERFs to abortion. I devoured it.

A lot of comforting rewatches of some favourites in May:

And two excellent films at the cinema - Everything Everywhere All at Once which was honestly one of the best cinema experiences I've ever had, and Top Gun: Maverick which was just the most fun, especially in IMAX.

We also finished Severance which we loved and I cannot wait for season 2!

Your monthly Virginia Sole-Smith - The Cautionary Tales of Vogue Mom and Fat Sam
Haley Nahman on getting Covid, which I related to so much after being ill myself
Marisa Bate on Why you shouldn't give friends advice and what you should do instead was a real eye-opener
I loved this piece from The Atlantic - The Case Against Grit. It talks about how trying lots of different things, rather than sticking doggedly to something you don't love, could be the key to happiness and success
And finally, the difference between Jack Monroe suggesting budget recipes and a Tory MP
Catch up soon!
Charlotte x
Labels: life life lately