I had so much fun in July! Lots of sewing and hanging out with my friends and family, and even a little holiday!
Here's my One Second Everyday for the month, and below is everything else I got up to! 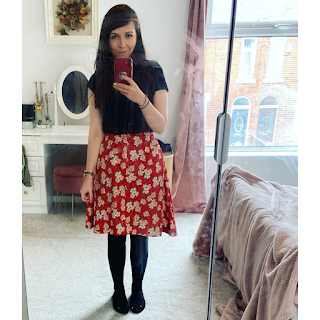 Lots of sewing in July where I finished two projects completely by myself! I sewed the Tilly and the Buttons Dominique skirt which was a fantastic first project. I used the Sew an Easy Skirt workshop which was absolutely perfect for walking me through every detail of each step. 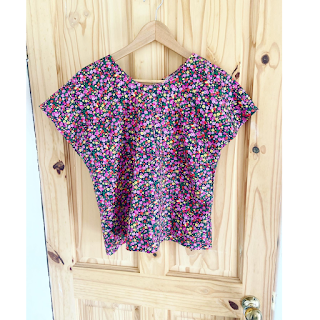 I then made another TATB pattern in the Stevie top which was a real challenge without the step-by-step guide I had from Tilly's workshop for Dominique but I learned so much and only threatened to throw my sewing machine out of the window once! I am enjoying sewing SO MUCH - I think about it literally all the time! I definitely need to write more about it but right now I just really want to focus on getting better and practicing more and not getting overwhelmed by everything I want to make!

Remember in May when I went to Flight Club? Well I ended up going twice again in July! Once with work and once with Phil's family. It's a good job I love it (I really do). 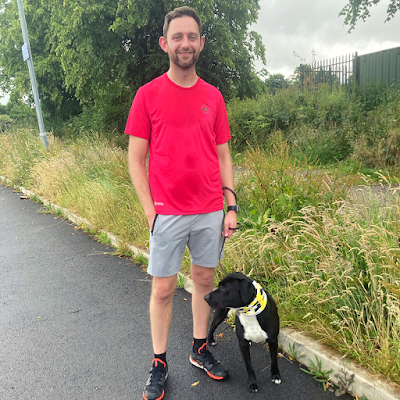 Ahead of our little holiday at the end of the month (more on this later!) we took Bobby to his first parkrun! When we talked about getting a dog being able to run with it was a real dream of ours, but having a somewhat challenging reactive rescue dog who doesn't like other dogs made us think it would never happen for us. Well, we managed to do it twice in July! Our local parkrun is quite narrow and not dog friendly so we took him for some tourism at Stamford park. Going to be honest, I don't think he's going to be coming with us on the regular (especially as he had to stop and have erm, a "break" in the first 5 minutes both times!) but I'm so glad we were able to do it!

Then the highlight of July! You might remember last year we had a little holiday just the three of us and went to Wales, and this year we wanted another little UK break. We are going to the Lakes next month so we wanted to go somewhere different, and then our dog trainer told us how much he loved Northumberland and the decision was made! 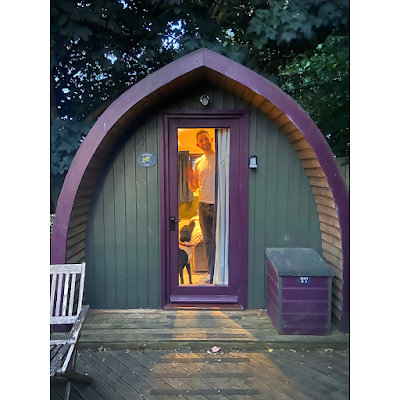 We had planned to go on the Friday morning, but then a few days before Phil had the brilliant idea to go on on Thursday night after work and stay somewhere on the way. It was so fun to get an extra little bit of holiday! So after work on Thursday we packed up and drove to just outside York where we stayed at the most incredible little glamping pod. 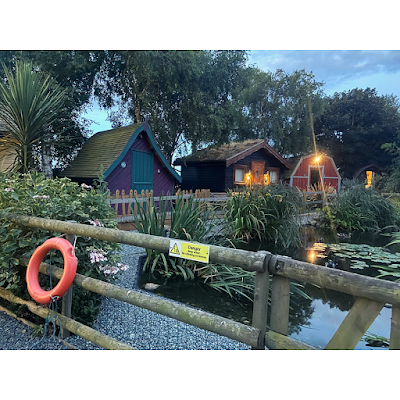 It looked like a fairy town! We had our own little cabin with a bed and the kitchen and bathroom were just a few doors down, and there was a cafe on site for breakfast and hot drinks. It was honestly so much fun and I would 100% stay there again! 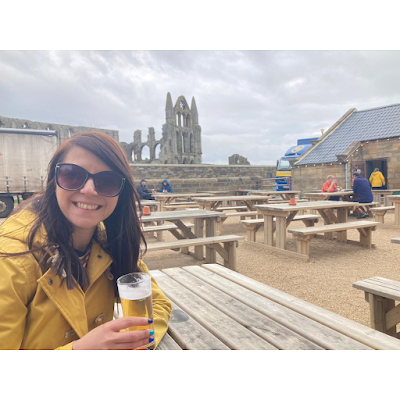 We still had another few hours drive to get to our final destination, but while we were on the North East coast we really couldn't not visit Whitby. Long long time readers will know that Whitby is a really special place in Phil's family, especially to his Mum, and as a kid Phil used to go every year. I've been with them three times but we hadn't been for 5 years and we loved the idea of taking Bob. So even though it added about an extra 4 hours to our journey, we had to go! 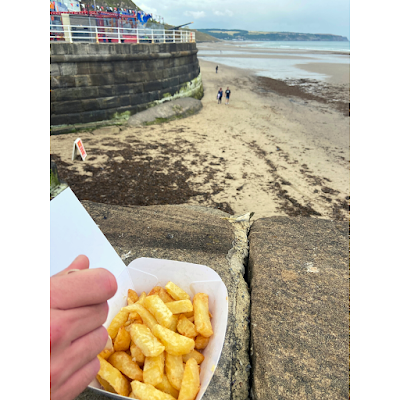 It was so good to be back in Whitby! It was quiet and a bit drizzly which was perfect for us. We weren't sure how Bob would get on with the narrow streets and many, many dogs but he was absolutely amazing! We went to the Whale Bone, up the 199 steps to the Abbey and had a drink at Whitby Brewery, one of my favourite spots. Then we got a box of chips from the Magpie and ate them walking along the pier. We were about to go for a longer walk when the heavens opened, which we took as our cue to head on!

On the drive up we stopped again at Ormesby Hall to stretch our legs and make the most of our National Trust membership, and then we arrived at our beautiful Airbnb in Lesbury. We were about a 10 minute drive from Alnwick, where we stopped at M&S to get weekend food essentials before we settled in for the night. Our Airbnb was absolutely perfect for the three of us, and it had a hot tub! Exactly what we needed for a relaxing break. 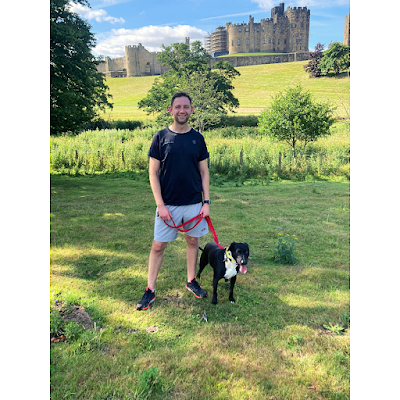 On Saturday morning we obviously did some parkrun tourism at The Pastures which had a beautiful view of Alnwick Castle, and Bob did so well and got lots of attention from the marshalls! After a quick shower we drove down to explore a few of the local beaches before heading into Alnwick. 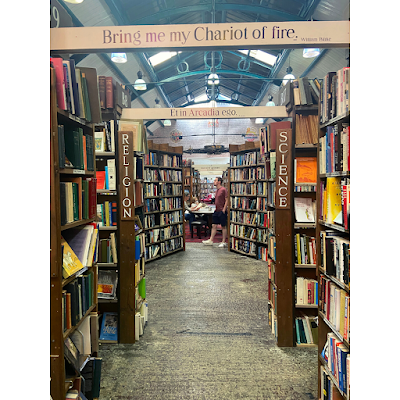 We wandered around the gorgeous town and got an ice cream (and a dog-friendly one for Bob!) before I dropped Phil and Bob off at a bar so I could go enjoy Barter Books. So many people told me about Barter Books, the biggest second-hand bookshop in the UK and of course I adored it. I could have spent hours in there! I got myself a new book and went to meet the boys in the sun.

We were getting a bit tired but didn't want to head back just yet, and then I remembered a brewery we had driven past between Lesbury and Alnwick so I suggested a visit their on the way home, and offered to drive so Phil could have a drink. Alnwick Brewery Co was utterly perfect! It was dog friendly, had loads of fantastic beers for Phil, and had a pizza van, so after a few drinks (for Phil!) we picked up some delicious pizza and headed back to our hot tub! 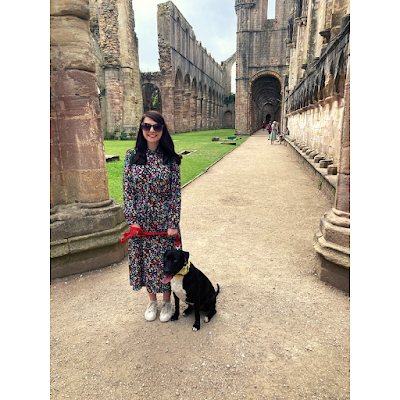 Sunday was our last day so we got up and out to visit Seahouses and buy our holiday mug (a tradition!) and then it was a case of finding a National Trust or two on the way back. I realised as I mapped the route that our favourite National Trust was almost on the way back and knew we had to go. It was our third trip to Fountains Abbey, one of our favourite ever places. We first went together in 2019 on the way back from Newcastle, then right before the pandemic we took a trip to North Yorkshirs so we could go do Fountains Abbey parkrun (still my favourite!) so it was another place we were so excited to take Bob! I just love it so much - it's so beautiful and peaceful and there's so much to explore. A perfect end to our trip! 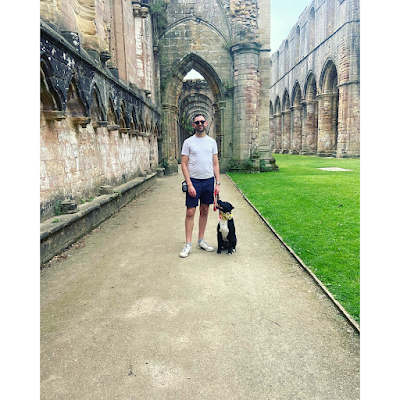 It was such a relaxing little break that I am tempted to suggest we go again next year! 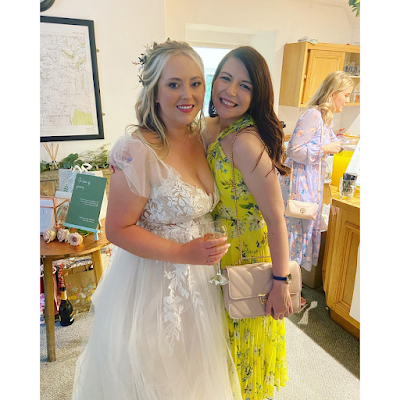 Finally, another highlight of July was celebrating my friend Paula's wedding at the end of the month. The most beautiful day for such a great couple! We had the best time and danced the night away!

Seven books read in July. My favourite was The Night Always Comes but I also really enjoyed Just By Looking at Him, especially as I remember reading Ryan O'Connell a LOT back when I read Thought Catalog religiously, and The Appeal was great fun.

Some absolutely top-tier rewatches in July of some of my favourite films - Ocean's 11, Airplane! and my absolute favourite, The Godfather.
We also watched The Dawn Wall on Netflix which was fantastic and went to the cinema for the first time in ages to see The Black Phone, which I really enjoyed.

From Culture Study - How to Show Up For Your Friends Without Kids — and How to Show Up For Kids and Their Parents and this brilliant piece on Aging into Athleticism
From Harper's Bazaar - Are the 90s responsible for our filter-obsessed generation?
From Refinery 29 - Who is "that girl" of TikTok?
A piece I really needed to read - How to Boost your Sewing Confidence, from Closet Core Patterns
And this Vanity Project piece on Botox
Catch up soon!
Charlotte x
Labels: life life lately