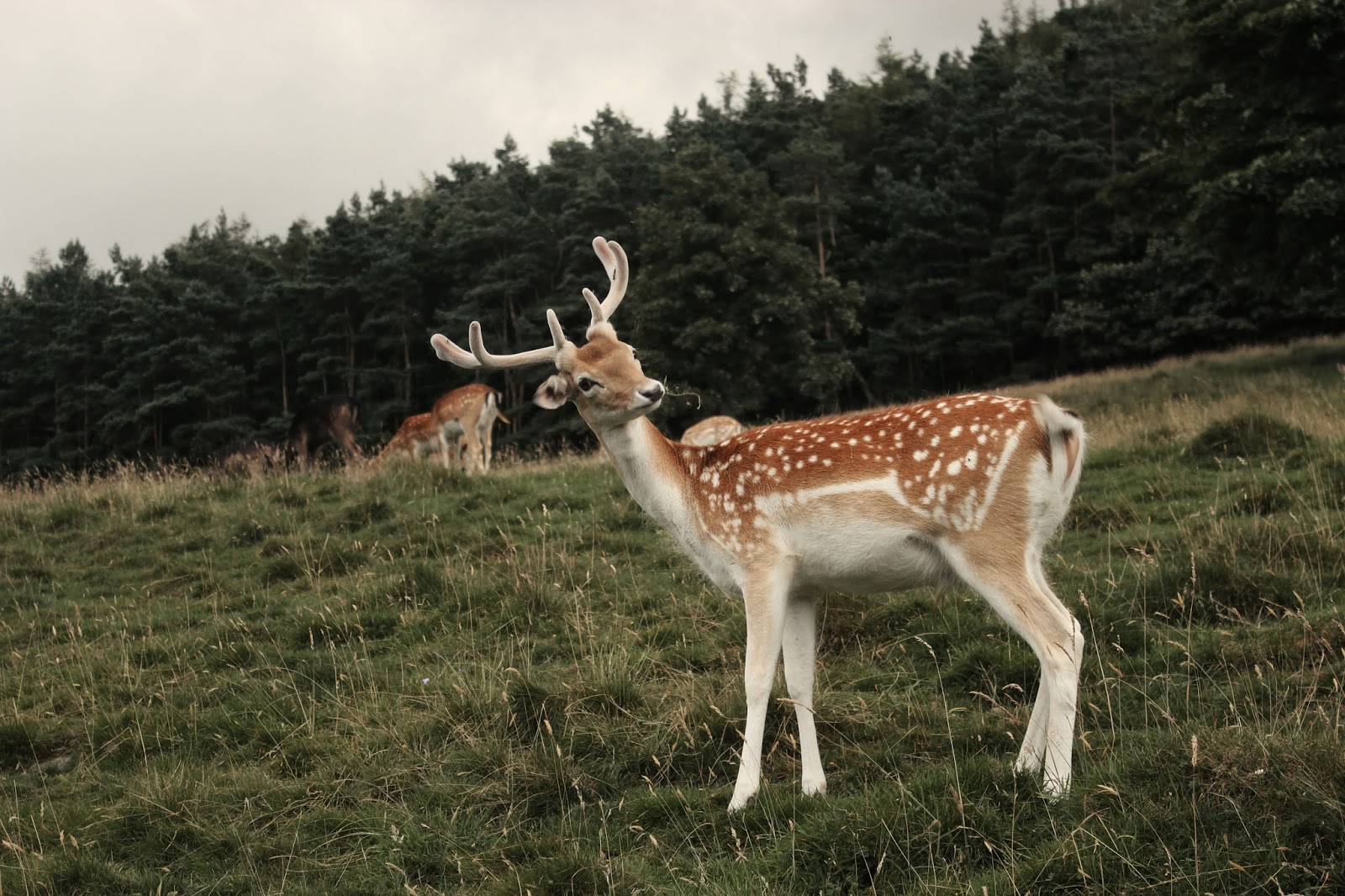 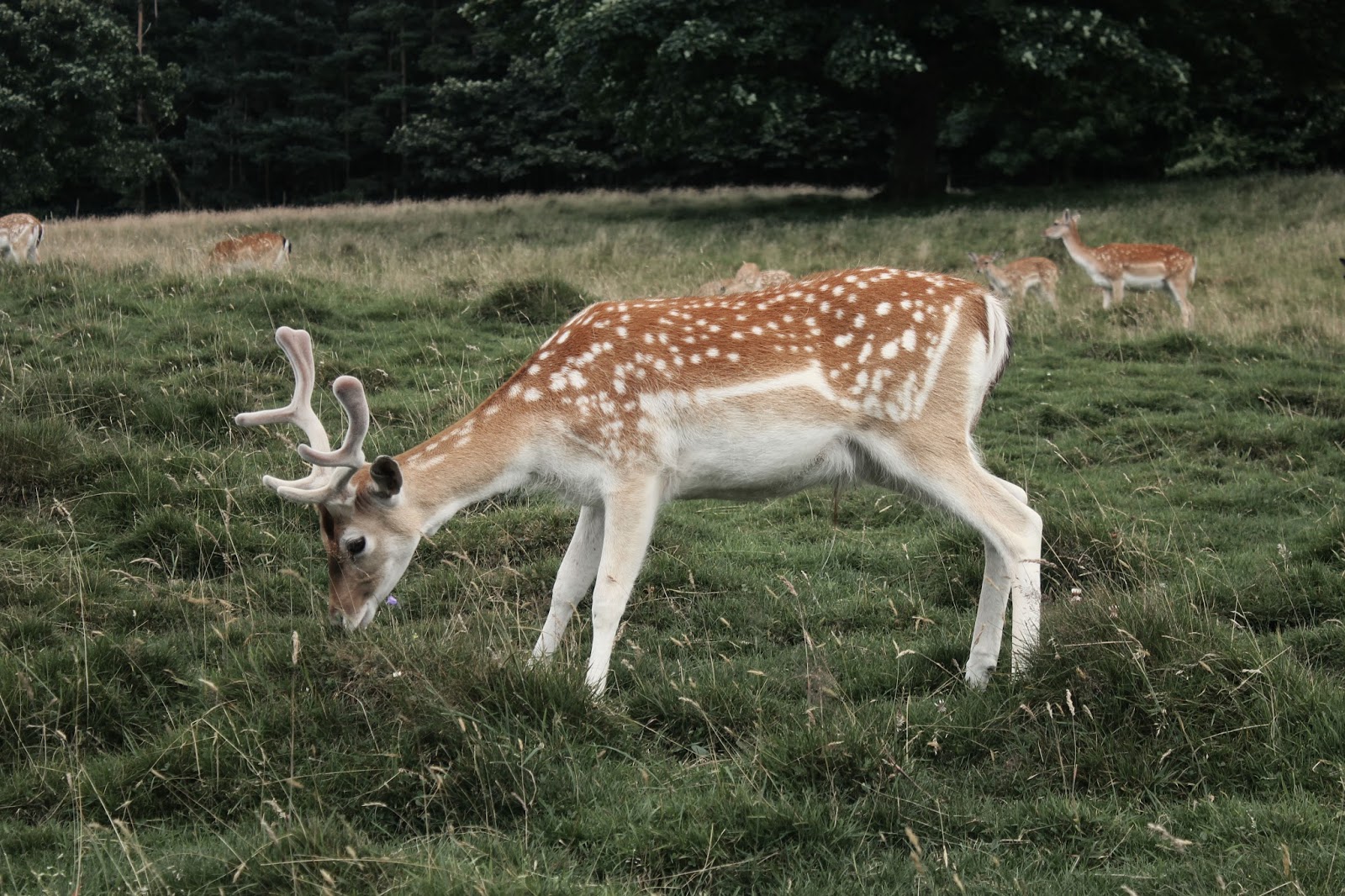 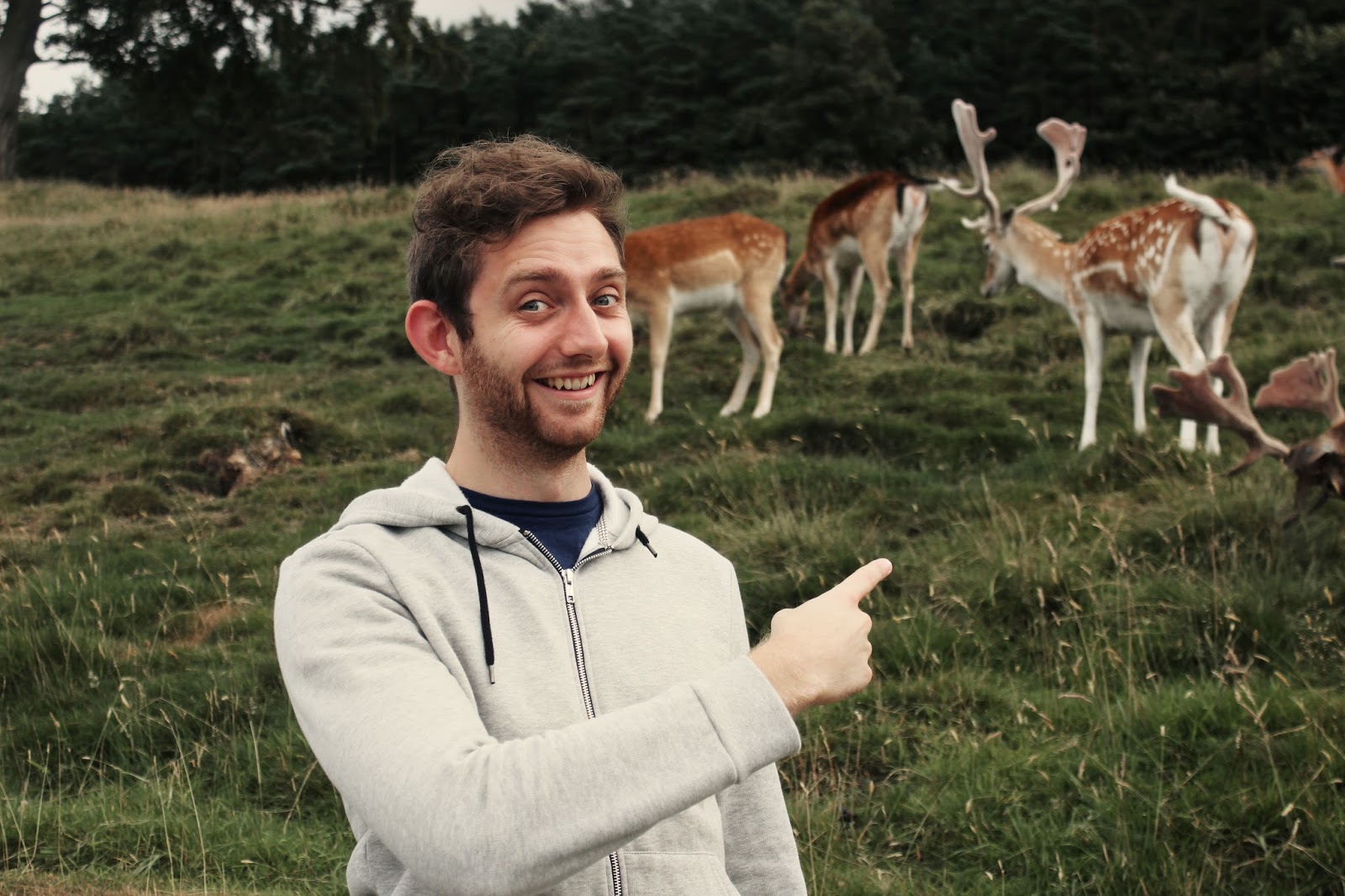 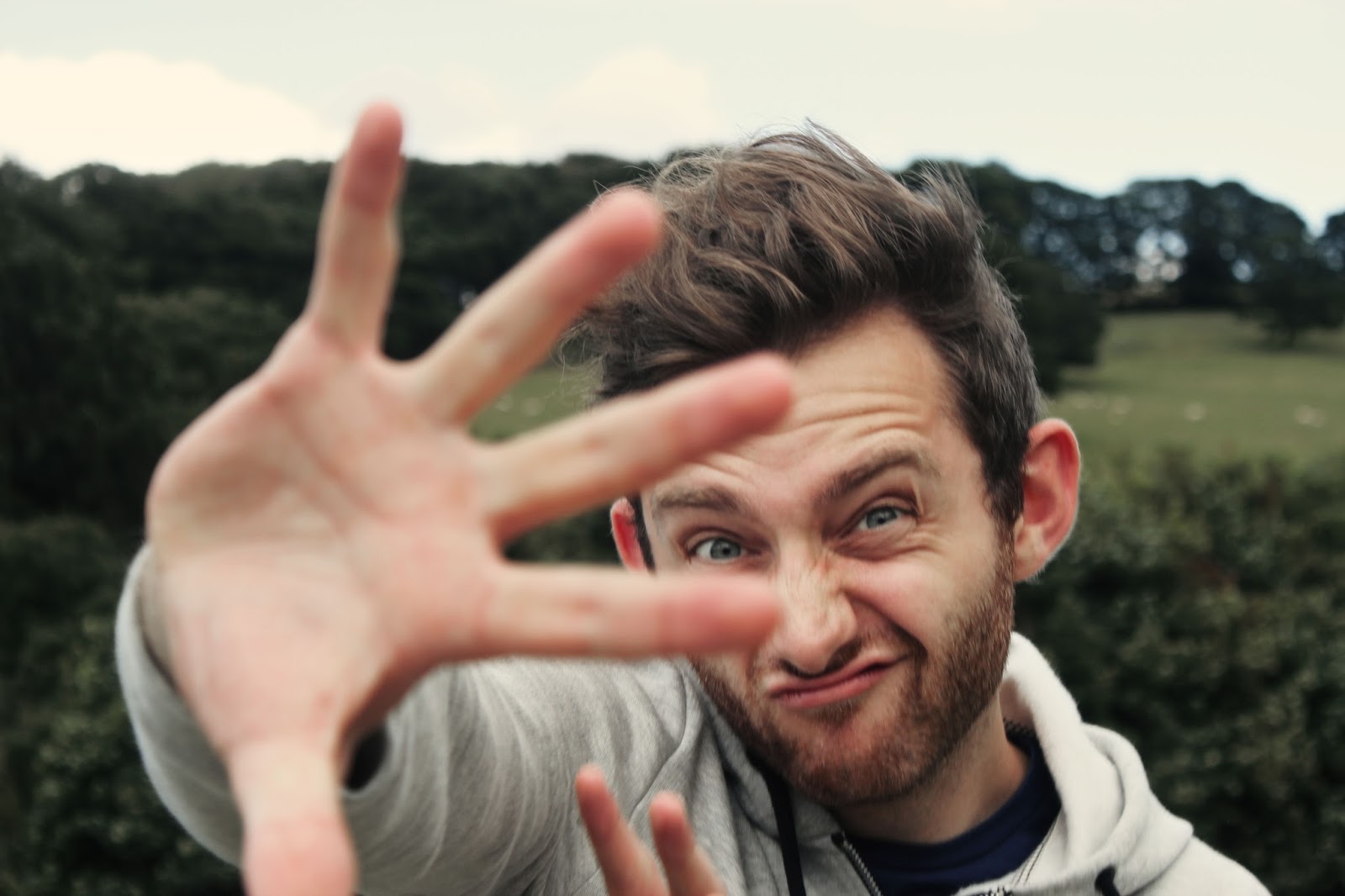 Wayyyyy back on New Year's Eve, Phil and I made plans with his friend Tom and his girlfriend, Fi (who weirdly, read my blog for years before I met Phil- small world!) made plans to go to the otter park. Fi and I both love otters (Fi really loves otters!), so we decided as the otter park was only a half an hour drive away, it would be a really nice double date activity. So 7 months later, we finally got around to it! The Chesnut Centre is a lovely little wildlife park with deer, owls, wild cats and of course, otters! It was a bit of a cooler day so I wore my new favourite houndstooth trousers, and convinced Phil to take some photos for me. 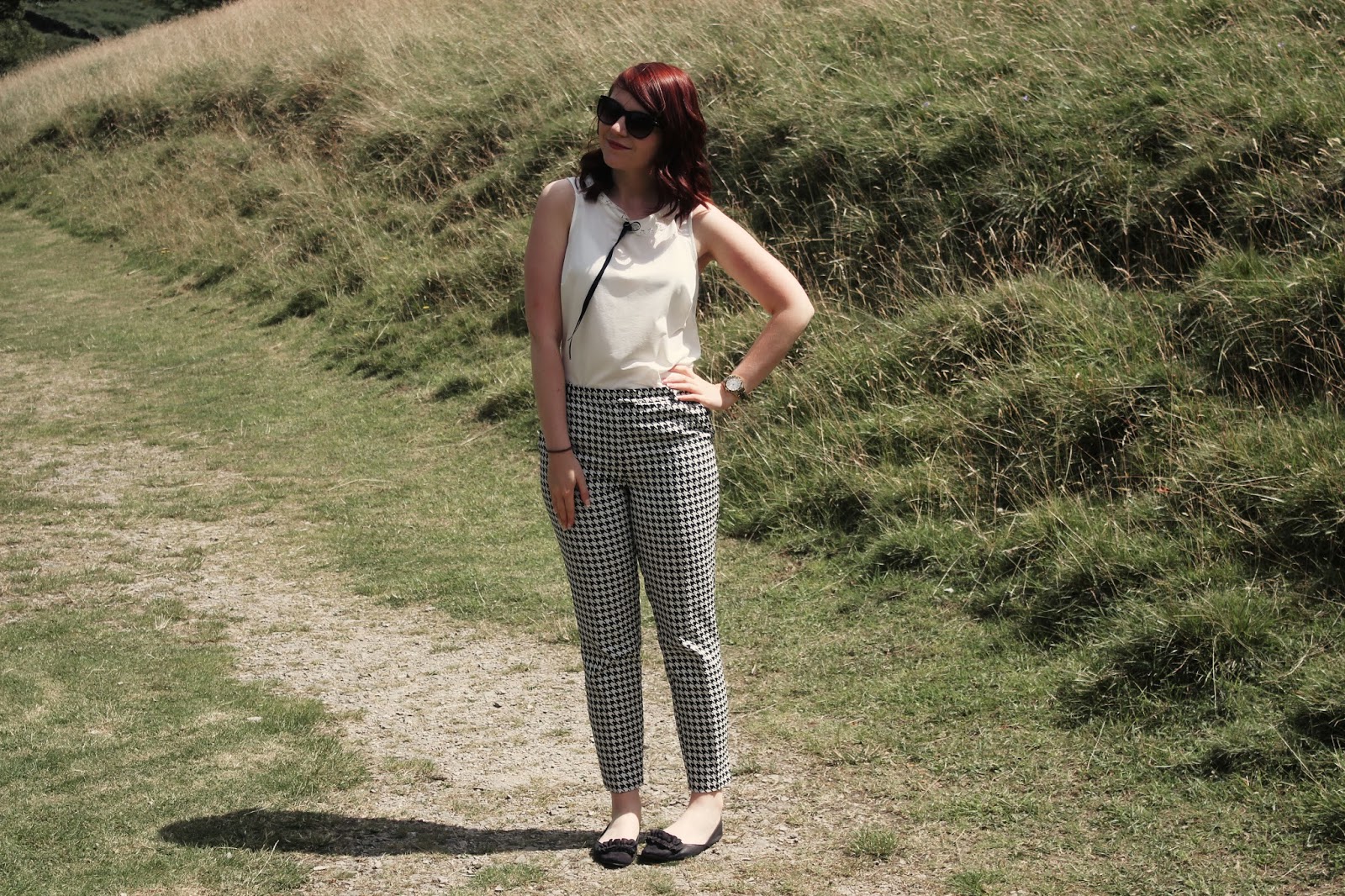 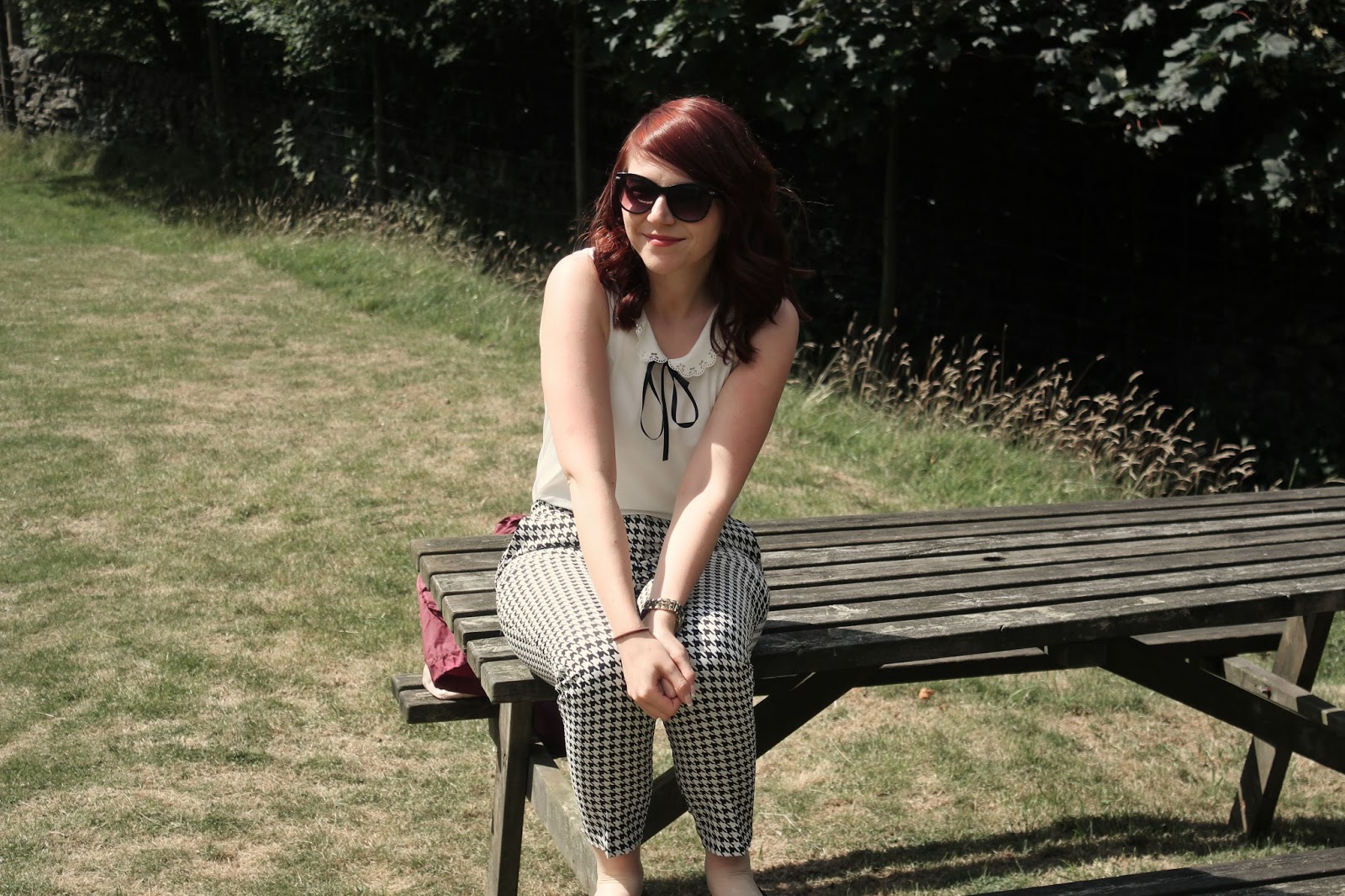 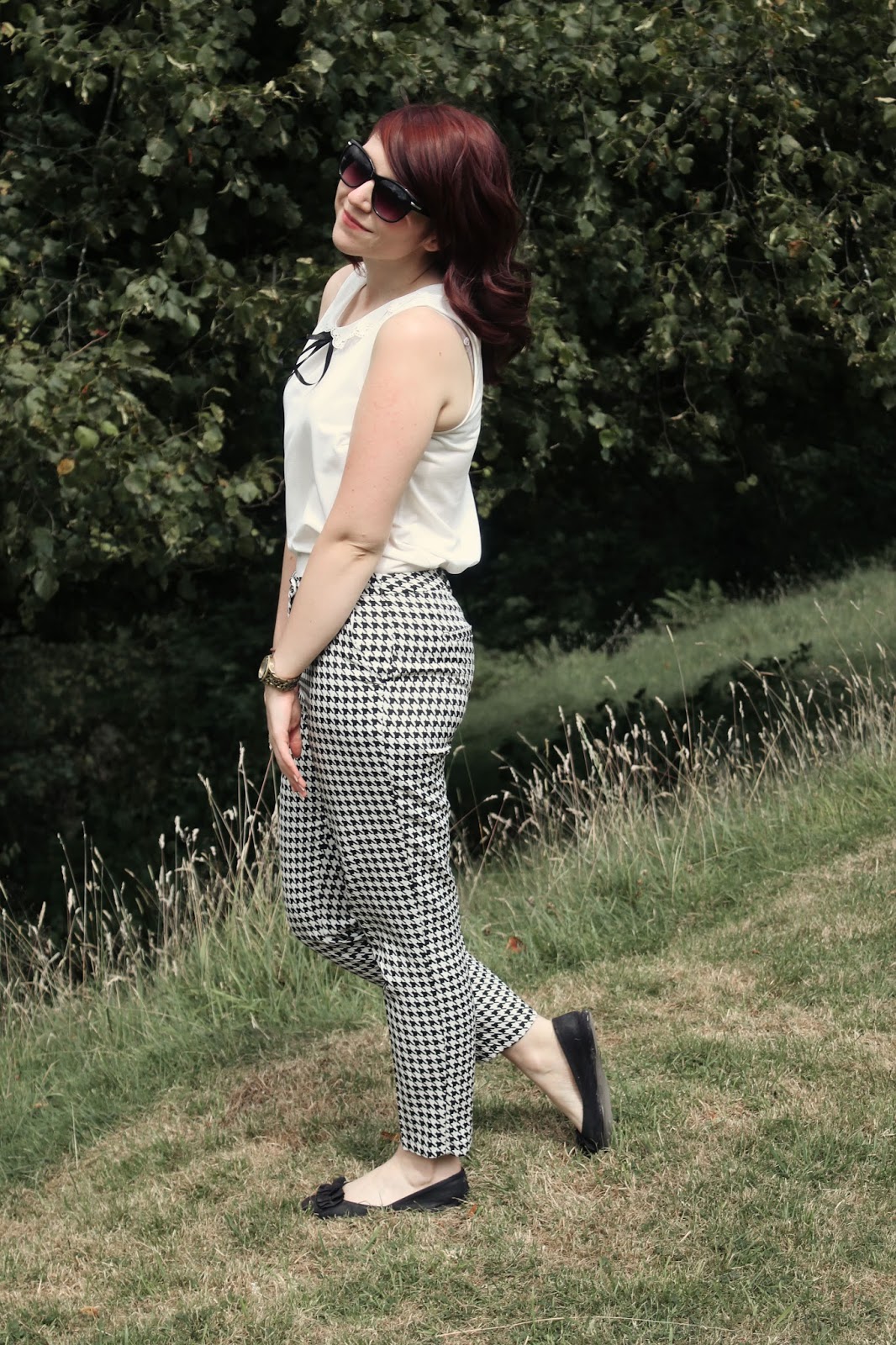 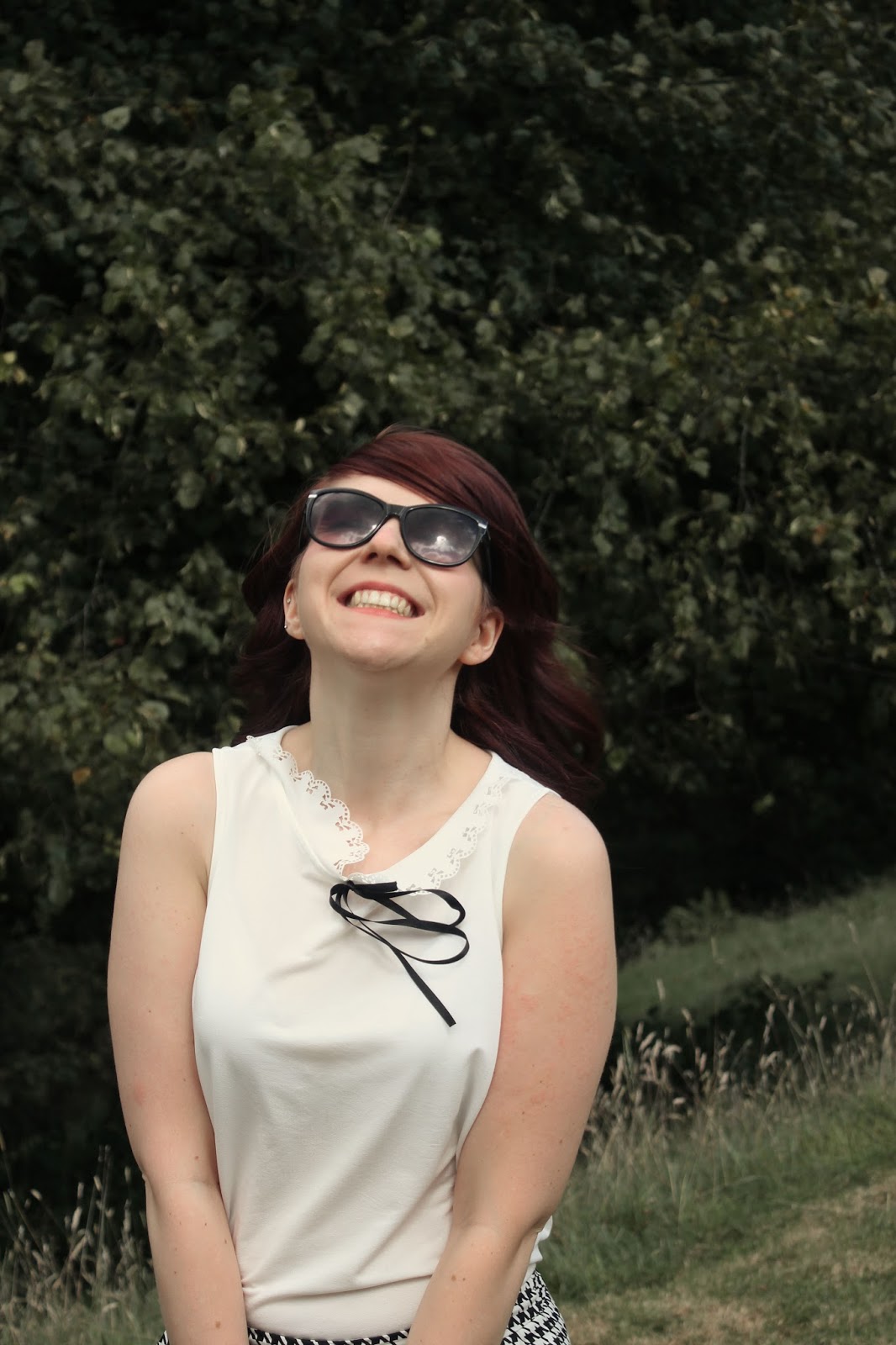 Phil made me laugh!
Turns out it's been so long since someone other than me took my blog photos that I actually really don't like it any more and felt really awkward and self conscious, so I've just ended up with a few! Don't worry, you'll be seeing these trousers a LOT. After taking some photos, we met up with Tom and Fi and headed off to find some otters. And instead found owls. Lots of owls. And at least half a dozen cages that declared "otters" with no otters to be seen inside! We're not sure if they were hiding under the water, asleep in the shade somewhere or just moved to another cage, but we were started to get pretty disappointed! Finally, in one of the last few areas, we found them! Fi and I spent a good fifteen minutes squealing at them and then we managed to find some more! At 3pm we headed over to the giant otter pool for a feeding, only to find they had been hiding under the water all day, but popped out for their fishy dinner. Unfortunately I couldn't get close enough to get a good photo of the giant ones (my favourites!) but look at these little cuties... 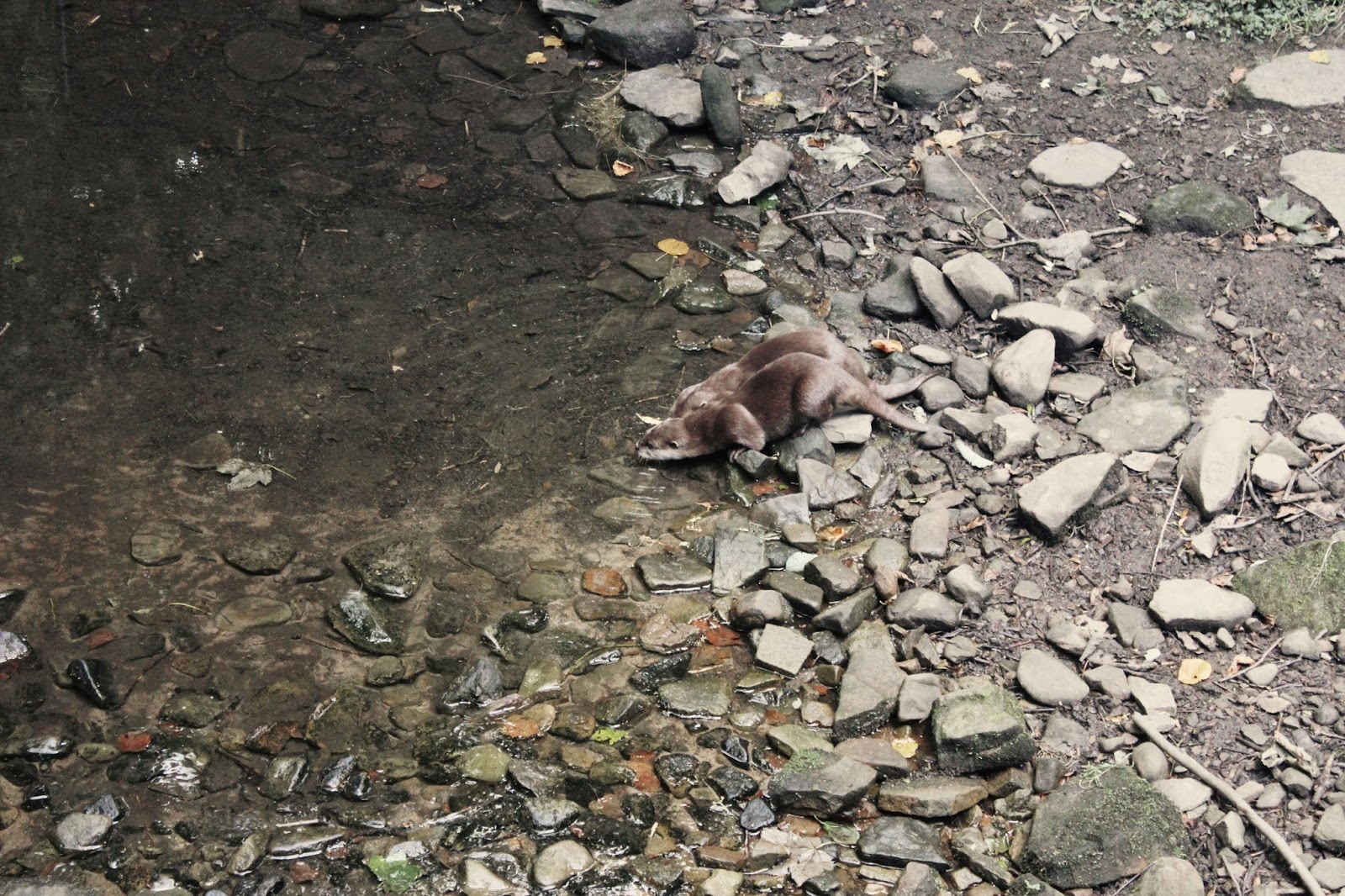 It's definitely worth a trip there if you're in the area and want a fun little afternoon activity. And of course, if you like otters!