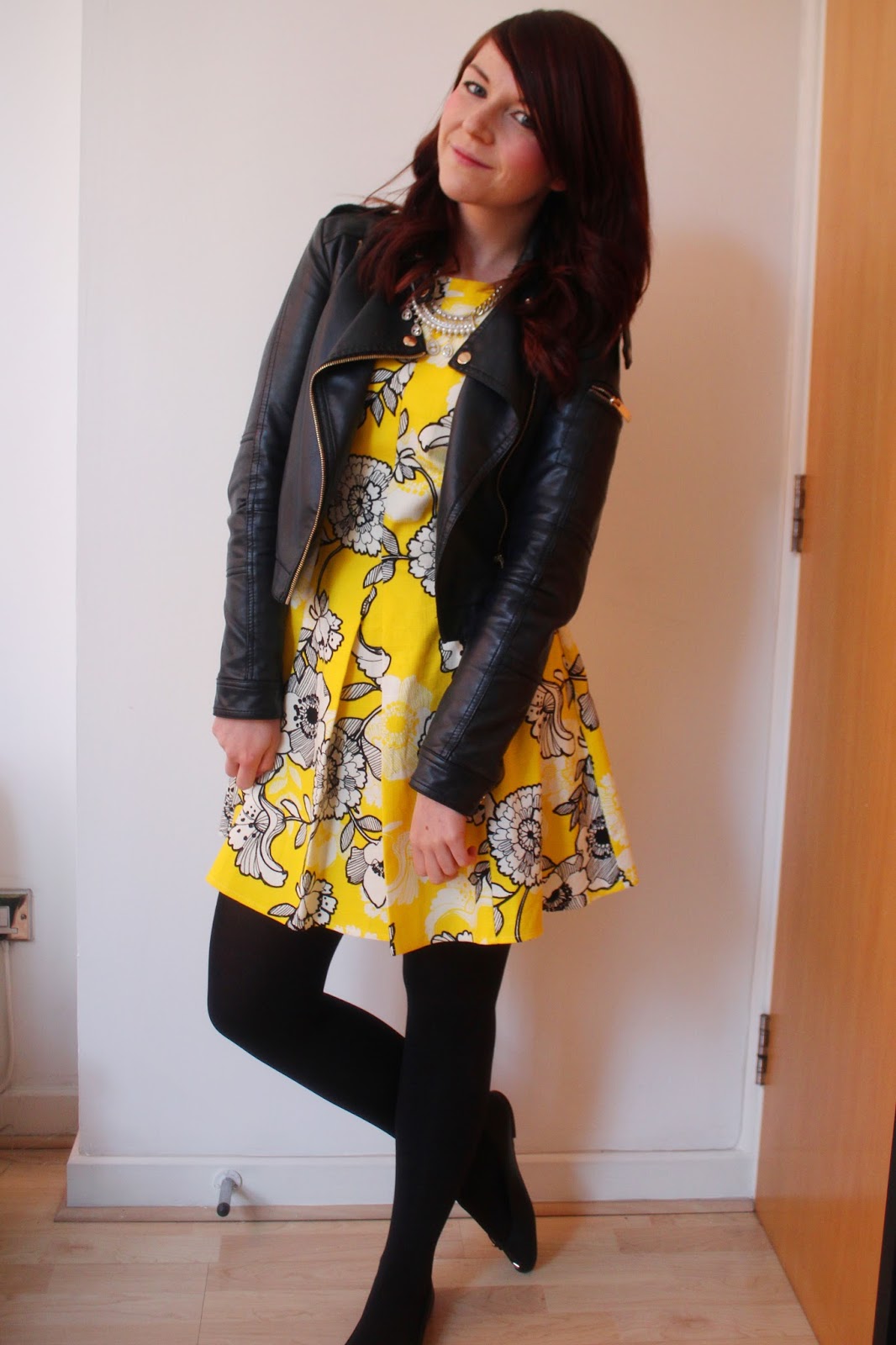 Hi! Happy Bank Holiday Monday! I hope you're having a lovely day. I am having the best bank holiday weekend. Yesterday Phil and I went to Blackpool for the day. It was cold and wet and disgusting, we had terribly disappointing fish and chips, we spent £6 winning a toy zebra and we got completely soaked on the first ride we went on but we had such a fun day. Today we're having a bit of a rest. Phil joined me on a 7 mile run this morning - the first time he's ever joined me on a run! - and I really, really enjoyed it. It was so nice to have someone running with me even though we didn't talk much! We have the Great Manchester Run next weekend and I'm feeling really good about it. We're spending the rest of the day doing washing, cleaning and food prep before I head to choir tonight.
Speaking of running, two exciting things. One is that I signed up for my second half marathon! I'll be doing the Birmingham half marathon in October so I'll be starting to train for that straight after Manchester. The other is... I SIGNED UP FOR A MARATHON! Eeeeeeek! I'm officially signed up for the Manchester Marathon next year. Just typing that is terrifying but I'm excited and more determined than ever! 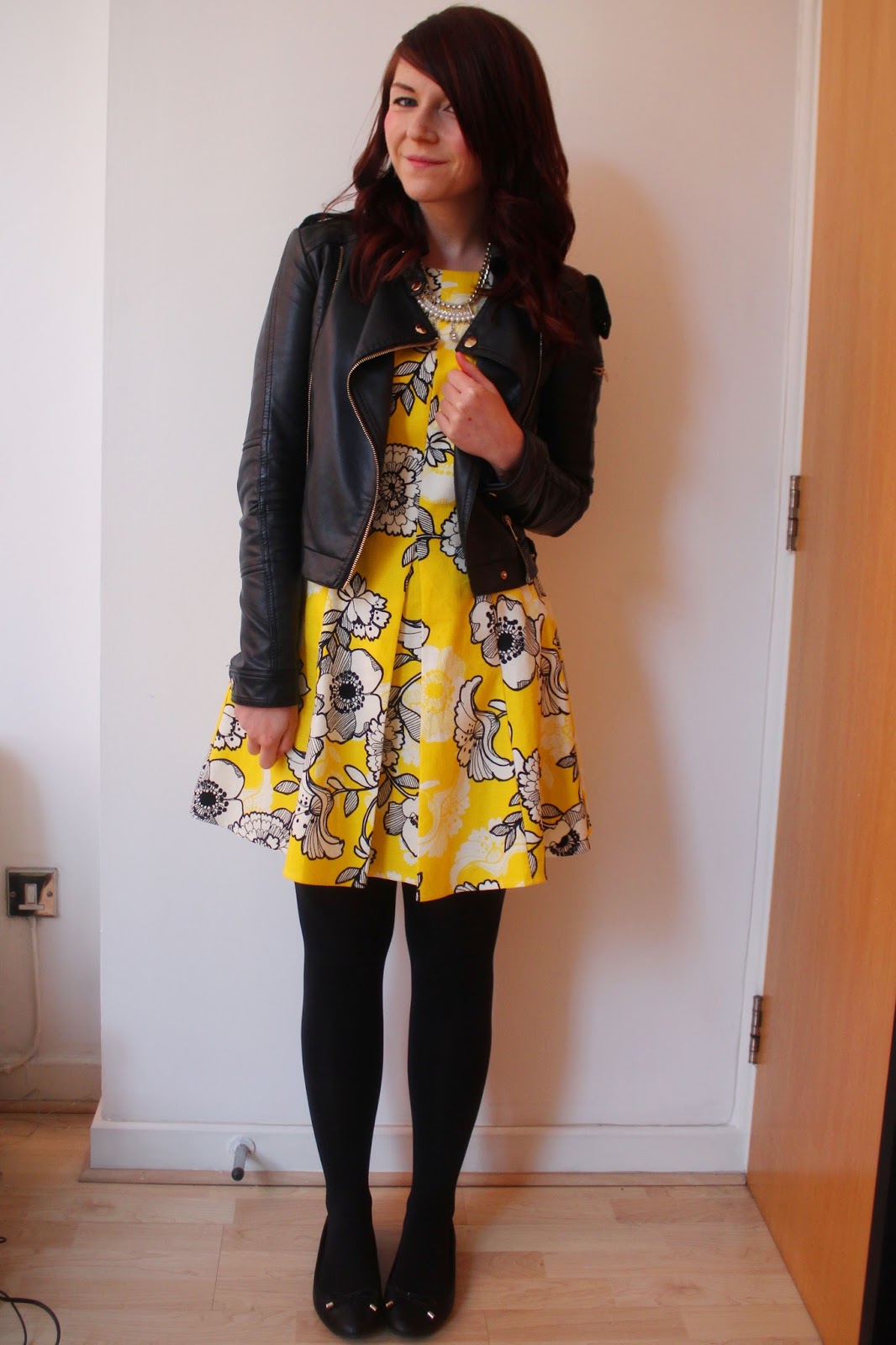 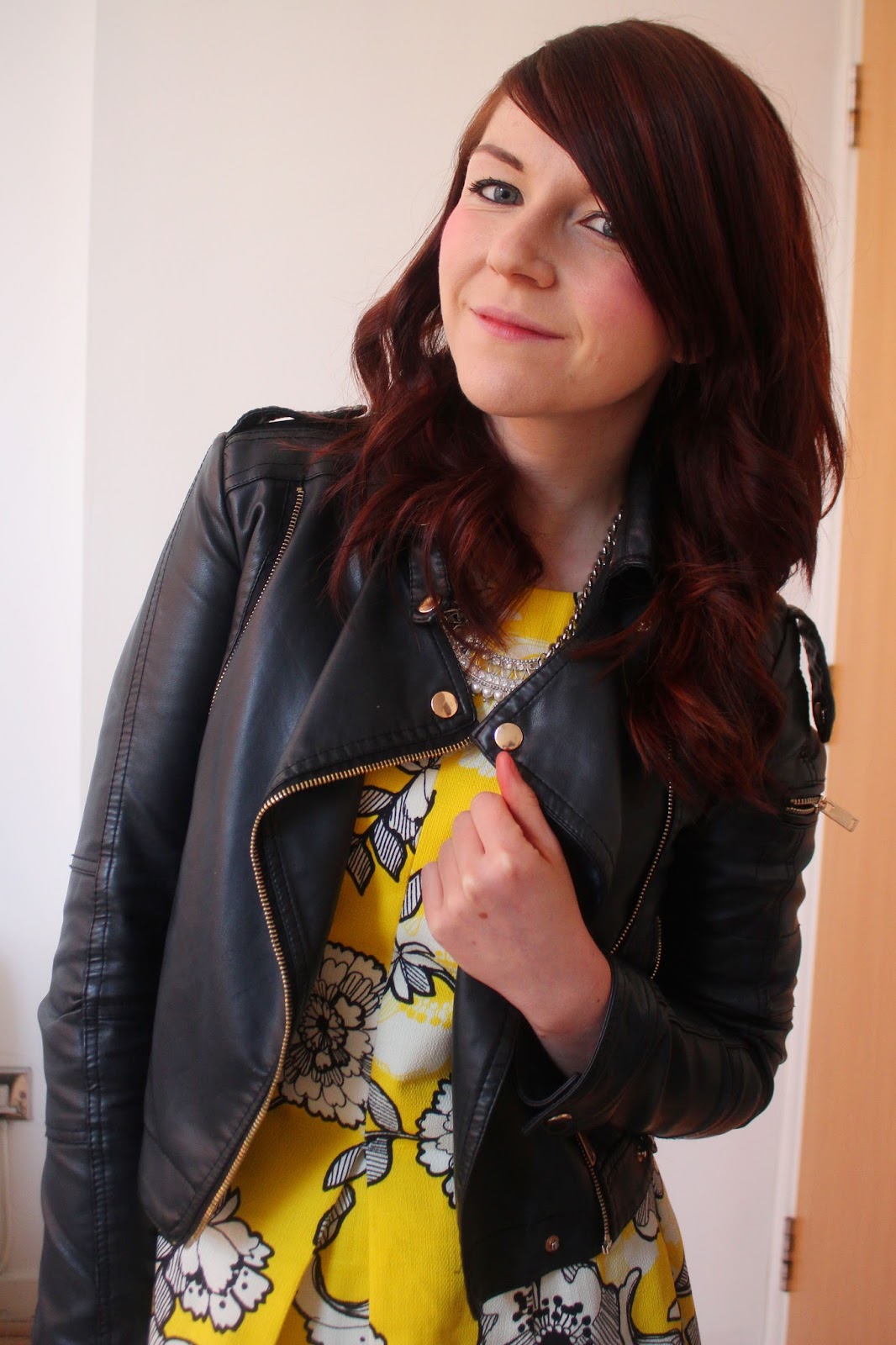 Last weekend my Mum came up to visit and we had a day of shopping and lunch. She bought me some trousers from River Island for my birthday that in the end didn't really suit me so we were on the hunt for something to exchange them for. The second I saw this dress I knew it was the one. When I got home Phil said "that is the most "you" dress" and I definitely agree. I have a wedding and a Christening coming up so I think this might be the dress that I wear. I love that it's fancy enough for something like that but can be dressed down too. And it's yellow, which is my favourite colour right now. 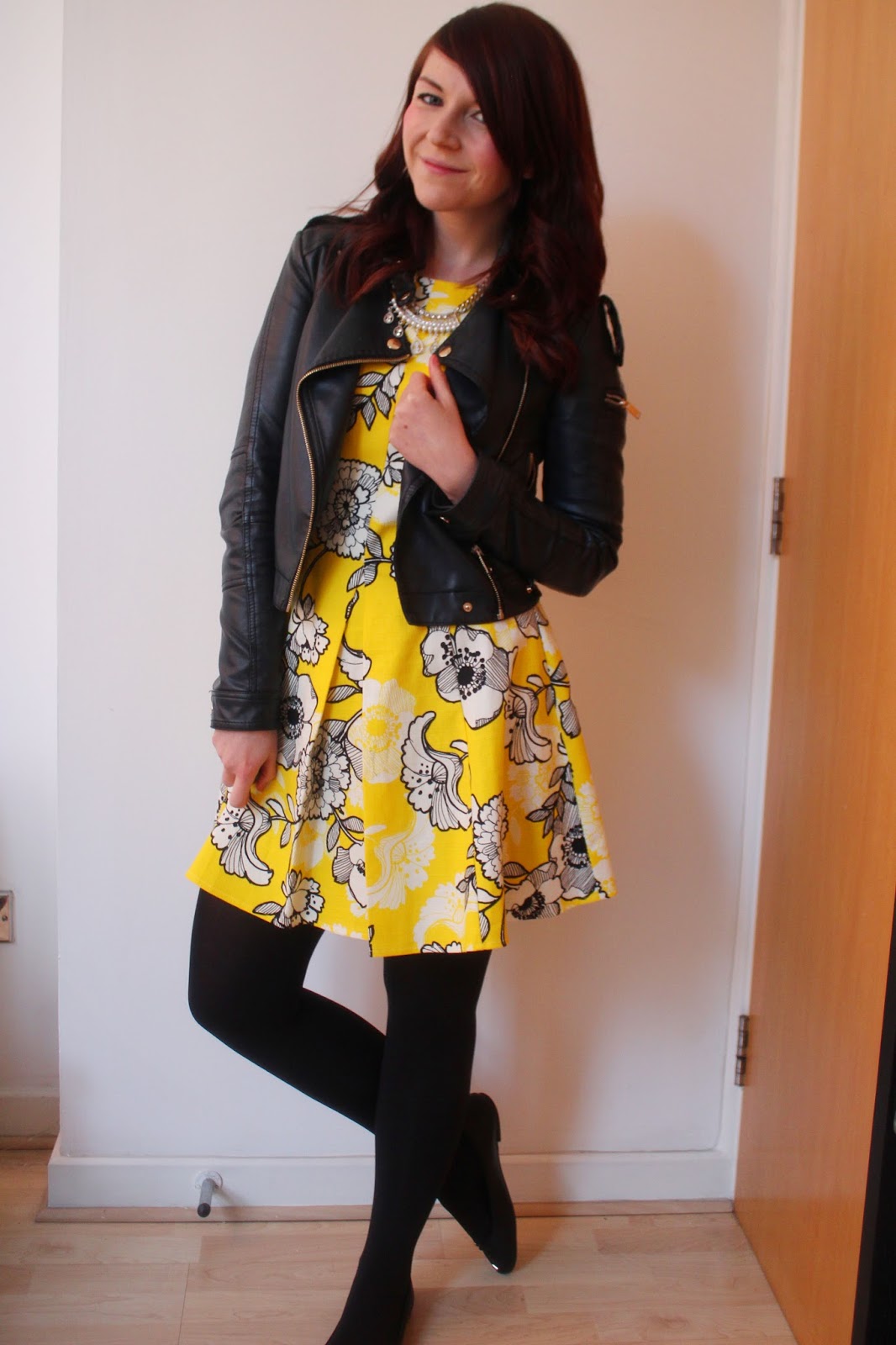 Well I'm going to back to (trying) to relax. I say that, but so far today I've run 7 miles, made breakfast, done two loads of washing, taken three sets of outfit photos (are you supposed to admit that as a blogger? Ah well) and started to make my lunch for tomorrow, so I suppose it's not really been that relaxing at all! Next weekend I have the most ridiculous weekend so I need to try to have a break. So I have a choir concert next weekend, which means I have three choir rehearsals this week (Monday, Tuesday and Thursday). Friday Phil and I are going out for dinner to celebrate a year and a half together. Saturday I have a meal in Liverpool for my cousin's wife's (late!) hen party, and then I'm straight back for my choir concert. Then on Sunday we have the Great Manchester Run followed straight away by my cousin's son's christening! We're actually going to miss the ceremony but we're going to make it for the evening part. It's gonna be a busy one!

Hope you're having a great bank holiday!