This weekend was about love of two of the most important things in my life.
My uni friends and my beloved city of Manchester.

My uni friends are my girls. My besties. My soul mates. My I-know-you'll-always-be-in-my-life friends.
We were brought together by random instances of coincidence and serendipity. In fact, the stories about how we all met in different ways are part of the hilarity and beauty of our relationship. Like the pure fate that Ellen got her third choice elective module and ended up in American History where we found ourselves sat together. Or the fact that Emily to this day can't remember coming up to me in Freshers' Week and saying "did you used to be on a My Chemical Romance forum?" Or that Sarah and Becca lived together all three years of uni, and so did Steph and Emily. Or that Steph was friends with Ellen and I was friends with Ellen, but Steph hadn't realised which Ellen I had been talking about for months.
These are my girls for life. The girls who I sometimes go months, almost 12 sometimes, without seeing, but when we catch up absolutely nothing has changed. The ones who still have stories from when I was on my year abroad, but I never feel left out of. The ones who made me a belated 21st cake when I came home from America, three months after my birthday. The ones who came up to visit me this weekend, even though it was a three hour journey for some.

I got three-fifths of my girls this weekend, and two who were 100% there in spirit. I went for a too-early run which meant after getting back I was anxious and excited the whole morning, desperate for 12.15pm when I could leave my flat to meet them.

I got to show them my little flat and my big city.
I took them to Teacup where as we usually do, we almost all ordered the same thing, before settling on two falafel sandwiches and two fish finger sandwiches. (Although I kind of regret not going for the fish finger). And managed to sip tea and smoothies in there for almost an hour and a half.
I took them round the shops where we went back on ourselves at least three times because we got lost in our conversations.
We took a taxi 5 minutes around the corner just so we could get dressed up in our nicest dresses and least-uncomfortable heels.
We took a selfie stick in a too-small handbag and didn't even use it.
I took them to my favourite Spanish restaurant where we ordered far too many tapas after filling ourselves on cocktails and free bread.
We went to too-noisy bars and shouted over the music.
I took them to a 1920s themed cocktail bar down a quiet back alley just because it's Manchester and I could.
We drank glasses of prosecco and limoncello shots.
I took them to a secret bar which looked like a laundrette, where I had to reserve a "machine" and tell them how many "items of clothing I wanted to wash."
Where I couldn't get a reservation til half past midnight.
We posed for photos with laundry and boxes of Daz.
We walked through a giant washing machine into a cocktail bar where the drinks came garnished with handcuffs and popping candy.
We got home at almost 3am with sore feet and sore throats.

We woke up far too early to watch Don't Tell the Bride and eat vegetarian sausages.
I heard the words "you've really made me want to move to Manchester."
We didn't stop talking for over 24 hours.
And nothing, nothing, nothing had changed.

We chose each other. We didn't just end up friends because of coincidence or circumstance. We grew up together in those years of university. We still have the same things in common and those same memories, but now we have new memories, new stories, new relationships, new hobbies and different paths.

But nothing has changed. These are my friends for life. No matter the time, no matter the distance, no matter all the other things that get in the way. These girls are the ones. 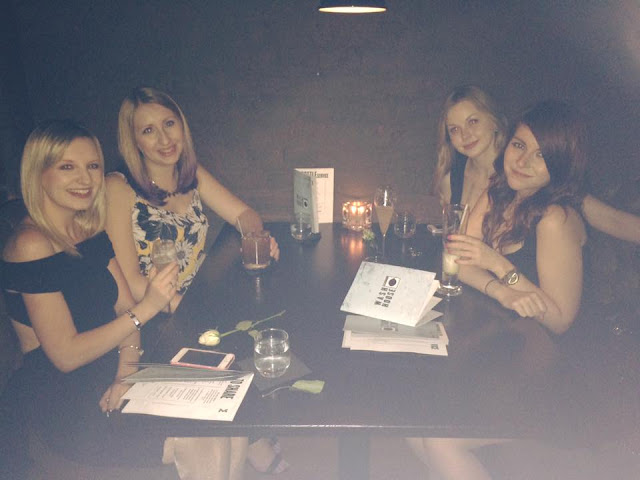 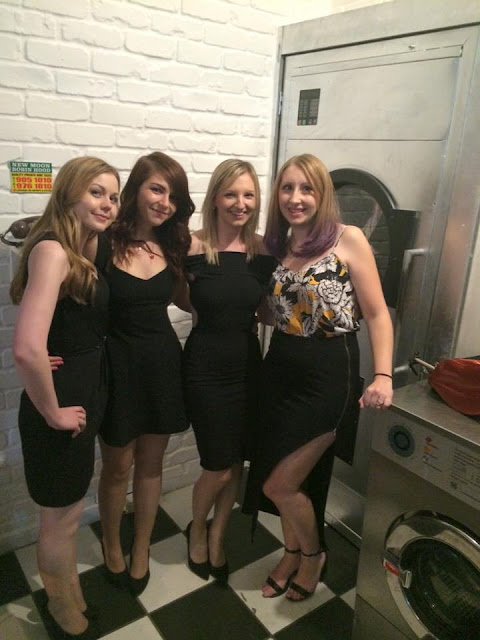 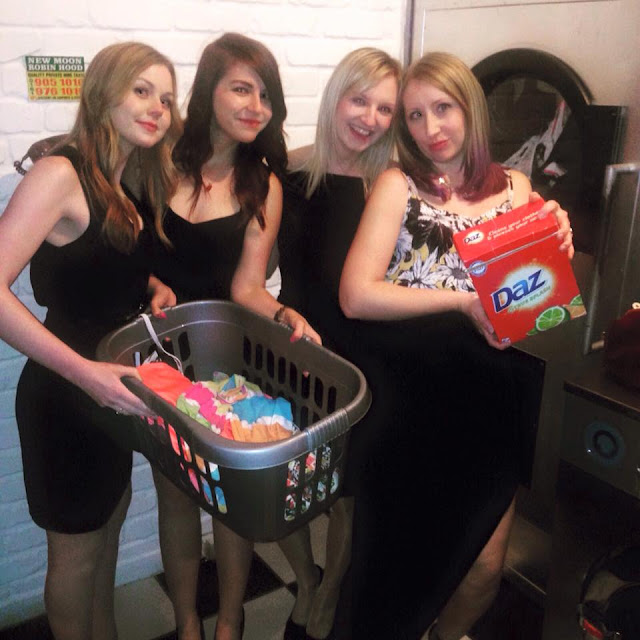