I put my new shoes on and suddenly everything is right 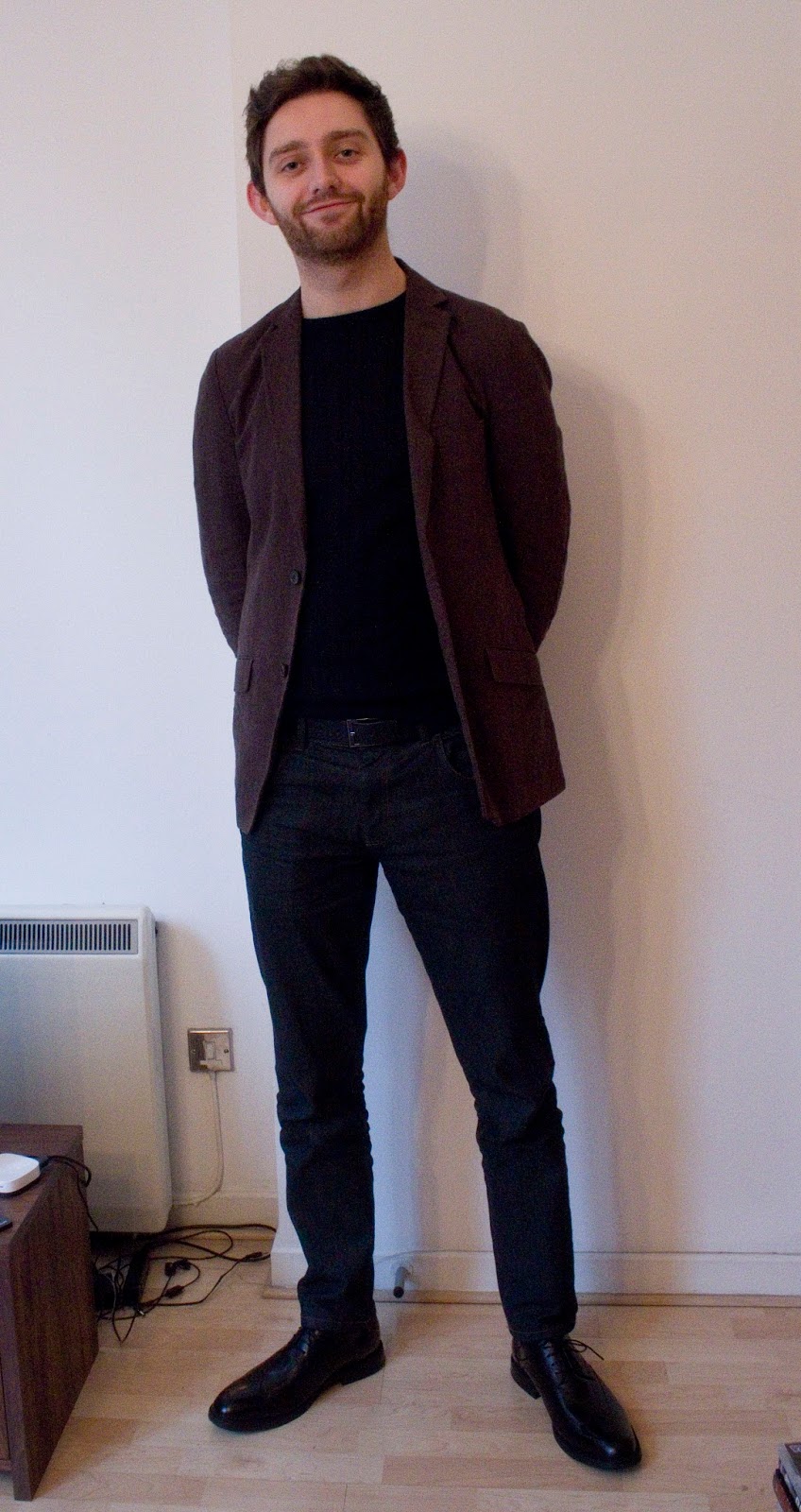 Nope, not me for a change! Here is a story of selflessness, that came and bit me on the bum (see: no selfless good deed). A few weeks ago Jones Bootmakers got in touch about collaborating and I looked around at my tiny, over-stuffed flat which is bursting at the seams, and at the three pairs of boots which I wear in rotation and said "do you do menswear?". I knew the last thing I needed was another pair of boots, but I knew someone who would really love a pair of new shoes.

As it turned out, in the process of the collaboration discussions, Phil got a new job, and suddenly rather than a nice pair of winter boots he decided this would be the perfect opportunity to get some new smart shoes. So he was really, really excited when his new shoes arrived. They were perfect, and exactly what he needed, as his current pair of smart shoes ripped his feet to shreds last time, and his new ones have lovely spongey padding inside which Phil describes as "like a hug for my feet" (direct quote).

So all was well until we were in Dublin and in the middle of a bar I realised that the bottom of the heel of my go-to black boots was coming off in one big piece. And spent the rest of the evening hobbling round on a broken boot. And desperately regretting letting Phil have new shoes instead. 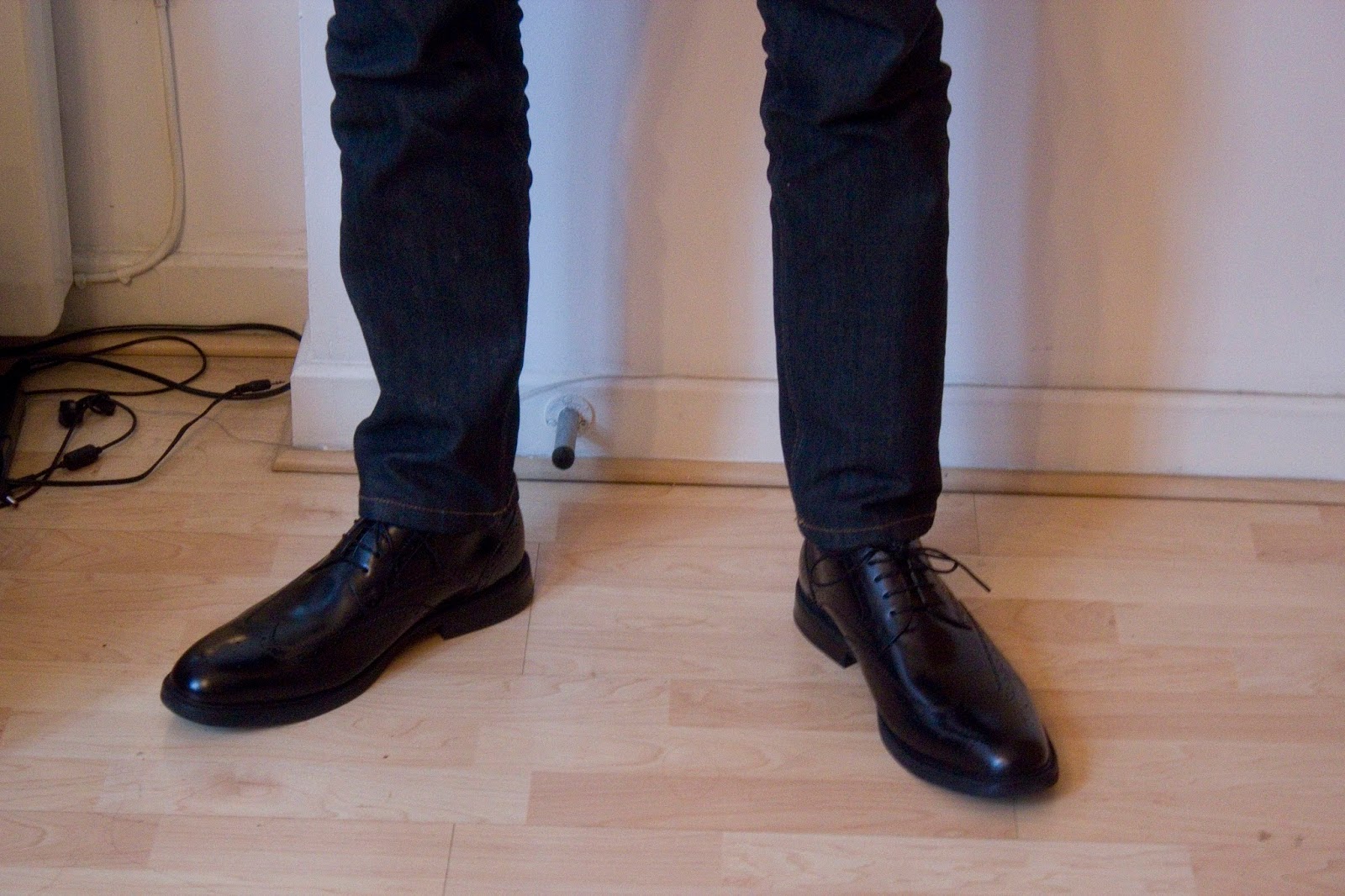 I really wanted to take these photos outside but it was gross and drizzly outside last Sunday when I wanted to take them, and after my 15 mile run I was too exhausted to put on any actual clothes to go anywhere. We ended up trying our building's lobby but they were absolutely awful, so in the end we ended up back in the flat! I had such cool ideas of a grungy Manchester backdrop but it wasn't meant to be! Maybe next time! 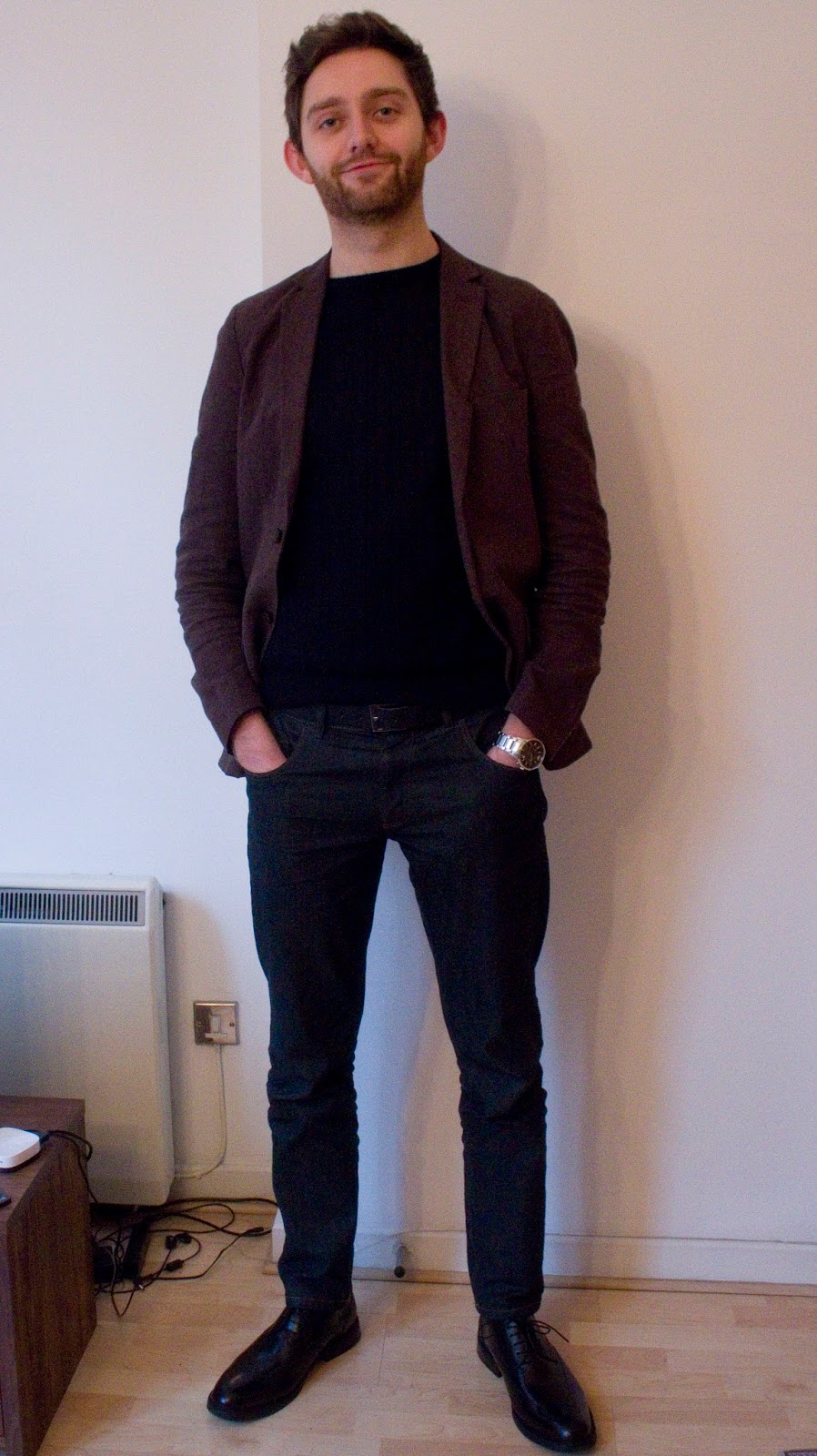 So Phil starts his new job tomorrow which is very exciting! He was at his last job for five years so it's going to be a big change but we're both really excited for him to have a new challenge. I spent yesterday in London catching up with my best friends and accidentally meeting Gary Lineker so we're having a pretty quiet one today. I went out for 13 miles this morning and I've done my cooking for the day so I'm looking forward to a nice afternoon on the sofa. Last week I was so exhausted after my 15 mile run that I ended up completely crashing in the afternoon and we had to order pizza for dinner because I couldn't move to cook! 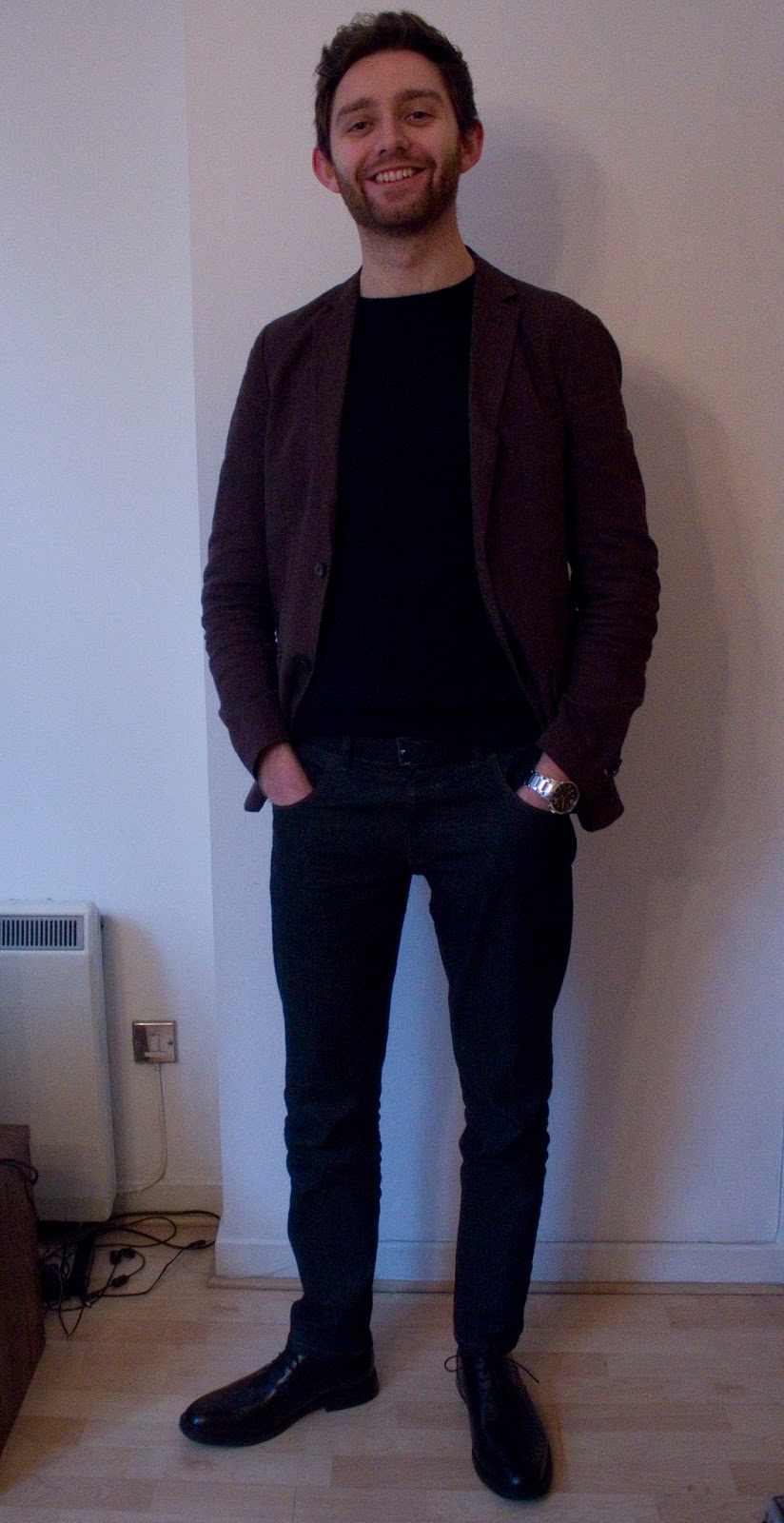 Speaking of running, I've set up my sponsorship page for my marathon, so if you want to donate you can do so here! Thanks so much!

Have a lovely week!