You might remember just over a month ago I posted about my goal to Use More, Buy Less over the next few months, so I thought it would be nice to do a bit of an update!

The good news is I've done surprisingly well! I think with having my Birthday coming up next month I've added anything I wanted to buy straight to my Birthday list, and as January and February have been expensive (in January Phil and I went to Dublin for four days, and Phil's birthday is next week so I've been buying him presents this month) I've not really had the urge to spend additional money.

I haven't really "treated myself" to much over the last few months, except for two black dresses. One was bought for £20 in the Collectif sale, and one was £13 in the Lindy Bop sale, and they weren't only bargains but "classics".

(I haven't tried the Lindy Bop one on yet because it arrived today, but here is the Collectif one)

Anyway! Let's have a look at the goals I set and how I got on:

Prior to this challenge, all of my recipe books were upstairs and well, I'm a bit lazy, so they were quite accessible enough for meal planning so I got out of the habit of going through them. But it's all change thanks to this challenge!
I brought some of favourites downstairs and now solely use them for my meal planning. Most weeks I've cooked at least three things out of them!
Here's what I've made so far... 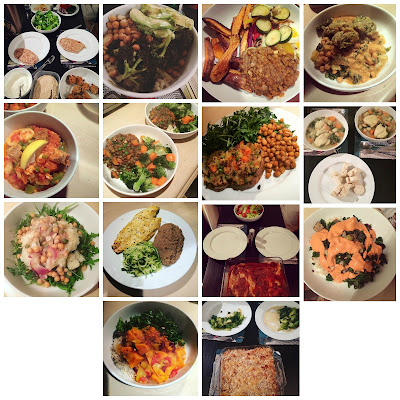 The more I started using my recipe books the more inspired I've become, and I love sitting down with a recipe book and flicking through.

I almost caved when the 10th anniversary edition of Vegan with a Vengeance was £11 on ebay, but in the end asked my Mum to buy it for me for my birthday (but I can't have it til then!). I don't count that as cheating! I do have six new recipe books on my birthday list, though...

I do still cook from blogs and Pinterest, but I've definitely been going to my books for inspiration first, and I've been reading the Post Punk Kitchen forums a lot for inspiration on what to cook next, which has led me to recipes, such as the chickpea piccata, which I might not have tried.


Read books that I already own either physically or on Kindle

I've only read three books since posting this challenge but two were from the library, one I already owned and one was a Kindle book I already had. My next three reads are books I've borrowed from a friend. I almost caved on this one a few times I have to admit!

I've been actively avoiding looking at nail polishes! I'm going to write a post soon about finding my holy grail basecoat, which means I can now keep nail polish on for three whole days (!). This means I don't need to paint my nails quite as much so don't need such a variety of colours!

No new makeup that resembles anything I already have

I came reallllly close to breaking this one a week or so ago when I decided I really, really wanted a new MAC lipstick, and tried to justify it with "well I have £20 Christmas money left." I really wanted Velvet Teddy, despite having a really good dupe, and also the Whirl liner to go with it, or a really good dupe. I even went to Boots to try on lip liners (!) and if they had had the one I wanted in stock I would have caved. I then added Velvet Teddy and Whirl onto my Birthday list and nearly bought Kinda Sexy! Thankfully, I managed to stop myself, and instead have been wearing two lipsticks I totally forgot I had - a Revlon dupe of Velvet Teddy and MAC's Faux. I reckon I can wait til my birthday for new lipsticks! 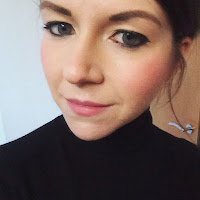 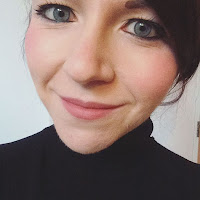 MAC Faux and Revlon Mauve it Over

We nearly caved on this too! So far, however, we haven't bought any new DVDs for over a month! We've mostly been watching the DVDs we already have and Netflix, which is good because we have hundreds of DVDs.