22 little things that are bringing me joy right now

I've seen a lot of people sharing on Twitter the little things that are getting them through at the moment, and it's been a nice ray of sunshine in amongst the gloom.

So none of my usual preamble - here are the things that are bringing me joy at the moment: 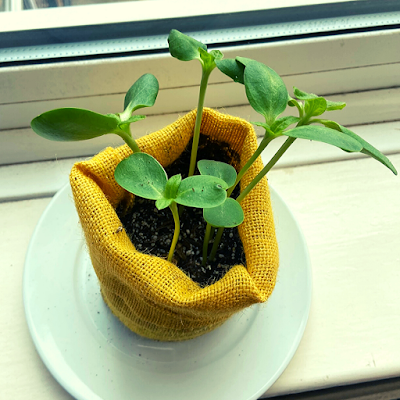 For Christmas my friend Riven got me two planters - sunflowers and dinosaur kale - and we decided a few weeks ago to get them started. Nothing happened for a few days, then poof! Shoots! I'm now obsessed with checking on them and watering them and seeing how they are doing.

I downloaded Scrabble Go originally so my Mum and I could play, but now I'm playing with loads of my friends, and even Phil has joined in (just because he wanted to beat my Mum!). 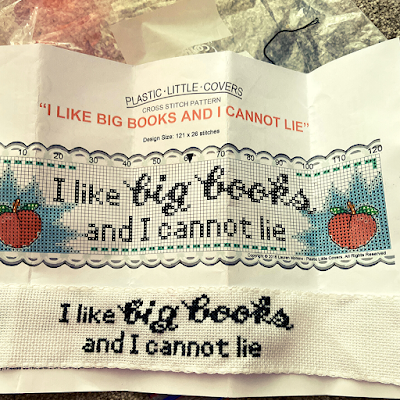 My sister-in-law Suzie bought me a cross-stitch kit for my Birthday last year but I only started it a few weeks ago because I was too intimidated to get started! The kit she got me has absolutely brilliant clear instructions (one I'd made a few initial mistakes!) and I was getting really into it at the start of the year. I picked it back up again this week and I've absolutely loved cross-stitching with a podcast on in the background. I've already ordered myself another bookmark from the same seller, and also this pattern which I can't wait to put in our hall.

I've mentioned this before but we are terrible at watching TV. It takes us months to get through a series. We started The Americans when we came back from Canada in September and we'd only just finished season 2 a few weeks ago. So now we're not quite so busy, we've started to get really back into it and we're getting through loads more episodes now - which is great because usually we've forgotten what's happened we leave so long between episodes. We're about to finish season 3 and I'm excited to maybe actually finish a TV series?!

I was obsessed with the Vicar of Dibley as a child - my parents and I still quote it all the time (along with Father Ted, Phoenix Nights and dinnerladies - which is now also on Netflix!). I was so so thrilled to find out it had been added this week and we've already started it from the beginning. It's still so brilliant, so funny, so chock-full of 90s cultural references, and it's bringing me the childhood nostalgia I desperately need right now!

Guyssssss the new Roasting Tin book comes out in THREE WEEKS! I am so so so so excited! I think The Roasting Tin Around The World could maybe be my absolute favourite - I promise you'll be first to know when I find out!

Is the highlight of anyone else's day when the post arrives? Today was a good day - a book and a card! It's our wedding anniversary on Monday and I've got a few books arriving soon, so it's about to get pretty wild between 10am and 2pm in the Cantillon household.

I was super super super late to The High Low, only discovering it towards the end of last year and subsequently bingeing it by listening to almost every single episode on my commute to work and back for 2 months and then being devastated when I'd caught up. It's the most perfect mix of pop culture with brilliant discussion, book recommendations, smart opinions and just general chitchat. I genuinely feel like Dolly and Pandora are my friends and I'd missed them so much, so I'm so glad they're back recording (even though socially distanced, of course).

As I wrote in my blog post on Monday, I'm still obsessed with short stories. I've just read Chris Power's Mothers and started Tom Hanks' Uncommon Type, and I've got The Bloody Chamber and Come Let Us Sing Anyway lined up next. 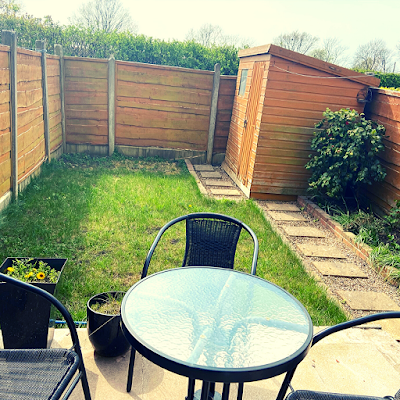 I know. We are so so so so lucky to have a garden right now. It's not big, it's not tidy, but being able to sit outside and read in the early evening is an absolute joy right now. 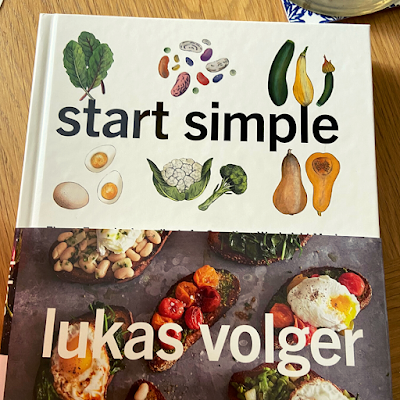 The latest recipe book to grace my ever-bulging shelves arrived this week, Lukas Volger's Start Simple. I am so so so excited to cook from this. The book is entirely vegetarian and the premise is 11 key ingredients (for example, butternut squash, mushrooms, beans, tortillas etc.) that you can build multiple meals from. I've tried a couple of things so far and so many recipes are perfect for lock down cooking. Keep your eye out for a review on here soon.


So cosy, but don't feel sloppy? I got a grey one and a yellow one last year, then by pure coincidence, Phil's grandma got me a forest green one for Christmas. They're great.

You know I love my girl Adriene and it's so great to see other people embracing her right now. I've done a couple of afternoon yoga sessions when I've felt restless but already had my morning run, and it's been so helpful. She is the star of YouTube.

Our Military Fitness instructor has been live streaming sessions so we've been doing our usual Wednesday night session in the kitchen! Doing it on the same night we do normally has really helped us to feel a sense of normalcy and routine.

I am so so so grateful for the opportunity to have my daily run or walk right now. I'm sticking to running on the same days I would do normally, again, to foster that sense of routine and walking on the days I'm not running. The weather is so beautiful and it's so nice to be outside when I can be.

Meal planning is kind of my jam anyway, but I've really been embracing not going food shopping and trying to cook from what I already have and making little tweaks along the way. I'm currently planned out all the way to the weekend after next, and it makes me feel better knowing I won't need to food shop (which has been completely freaking me out, but that's another matter).

I've been starting to make dinner around 5pm every night which means we're usually sitting down for dinner by 6pm. I'm not even usually home from work by then, so it's making the evenings feel longer which I really like. 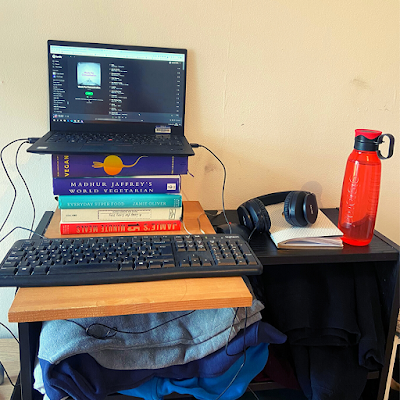 Like most runners who also work a desk job, I've had issued with my knees for quite a few years and I noticed with being at home all day I was sitting down more than usual. So I tried propping my laptop up on a bookcase on top of some books, which was great but I couldn't type, so Phil fashioned a piece of wood into an extra bit of desk and voila, standing desk. It's not perfect - I can't type and write in a notebook at the same time - but it does the job!


Again with sticking to routine, every Saturday morning at 9am we go do our "parkrun" at a local park. We've been tweaking the route and having conversations about the reality of actually turning it into a parkrun (!) and now I think we've finally got it right. We've both been wearing parkrun tshirts when we go and comparing our times to the previous week so it actually feels like parkrun.

I'm back, have you noticed? I'm embracing blogging for the sake of blogging, not over thinking it, not expecting every post to be 4000+ words, but just... writing. It's nice. I have loads of ideas for other posts so watch this space! 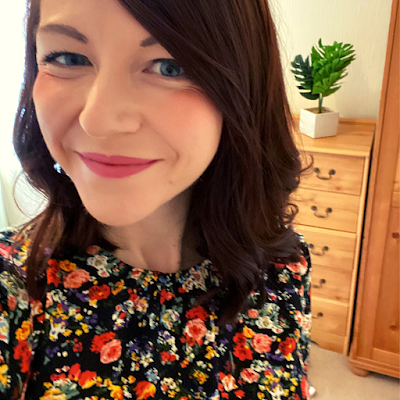 An idea from my friend, Eve, last week we did "Fancy Friday" where we actually got dressed up and I did my hair and makeup and we had a bottle of wine and watched a film. Getting properly dressed and doing your hair and makeup was such a nice novelty when you're not doing it every day!


I know, no surprise - I've mentioned it about 20 times in this post already, but routine is hugely important to me in making me feel normal. I'm running and doing workouts on the same days as normal, getting up and going to bed at the same times as normal, even eating the same breakfasts and lunches as normal (got to alleviate that decision fatigue!). We've been doing BMF on the same nights, doing Bongo's Bingo on a Saturday and speaking to our friends on Facetime on the same nights. It stops it from feeling like one endless stretch of nothing!

Let me know on Twitter if this has been helpful for giving you ideas for how to find joy in this time - or let me know anything you're doing that's helping you!