The Right Way, the Wrong Way and the Whitby Way 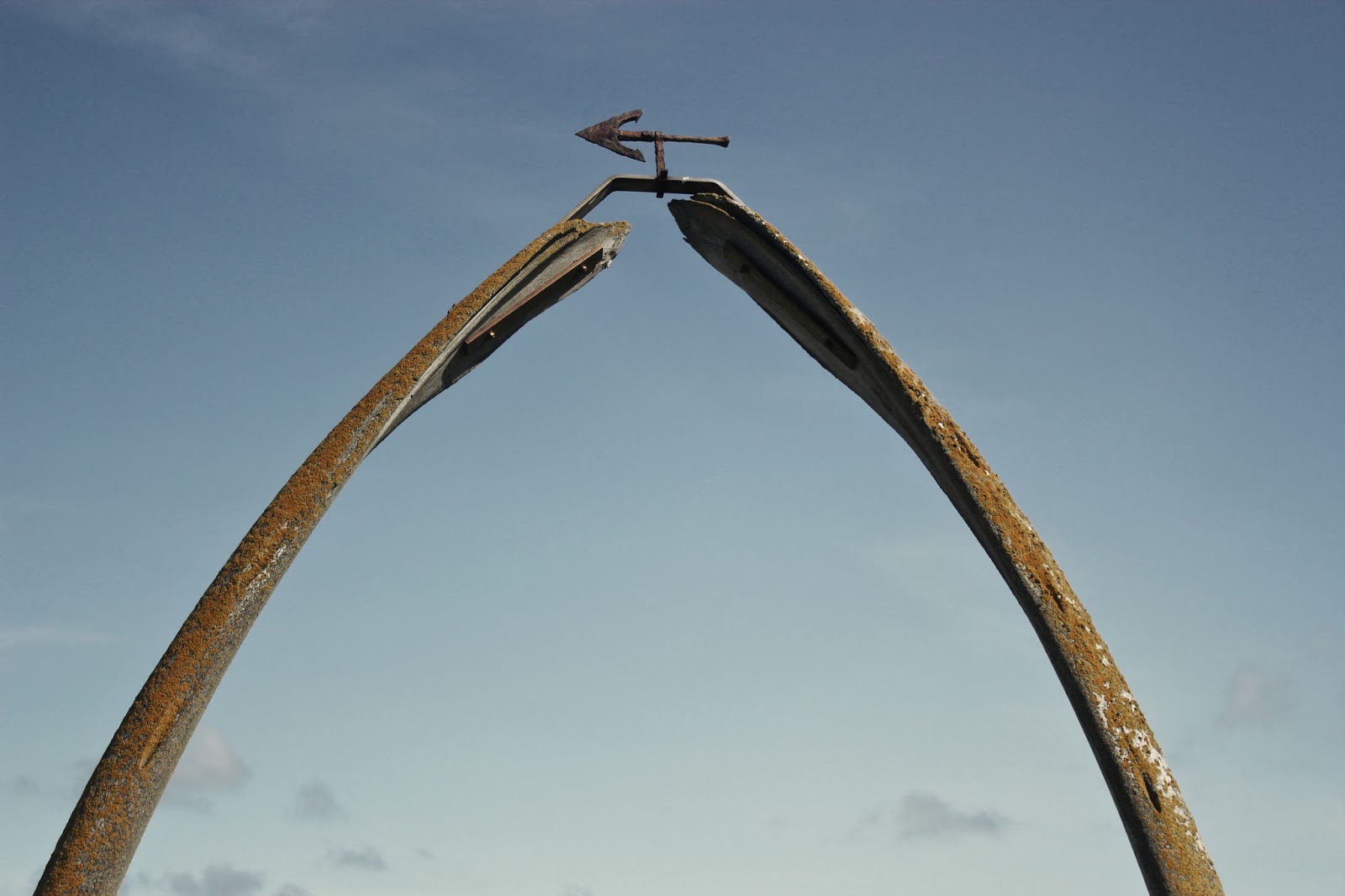 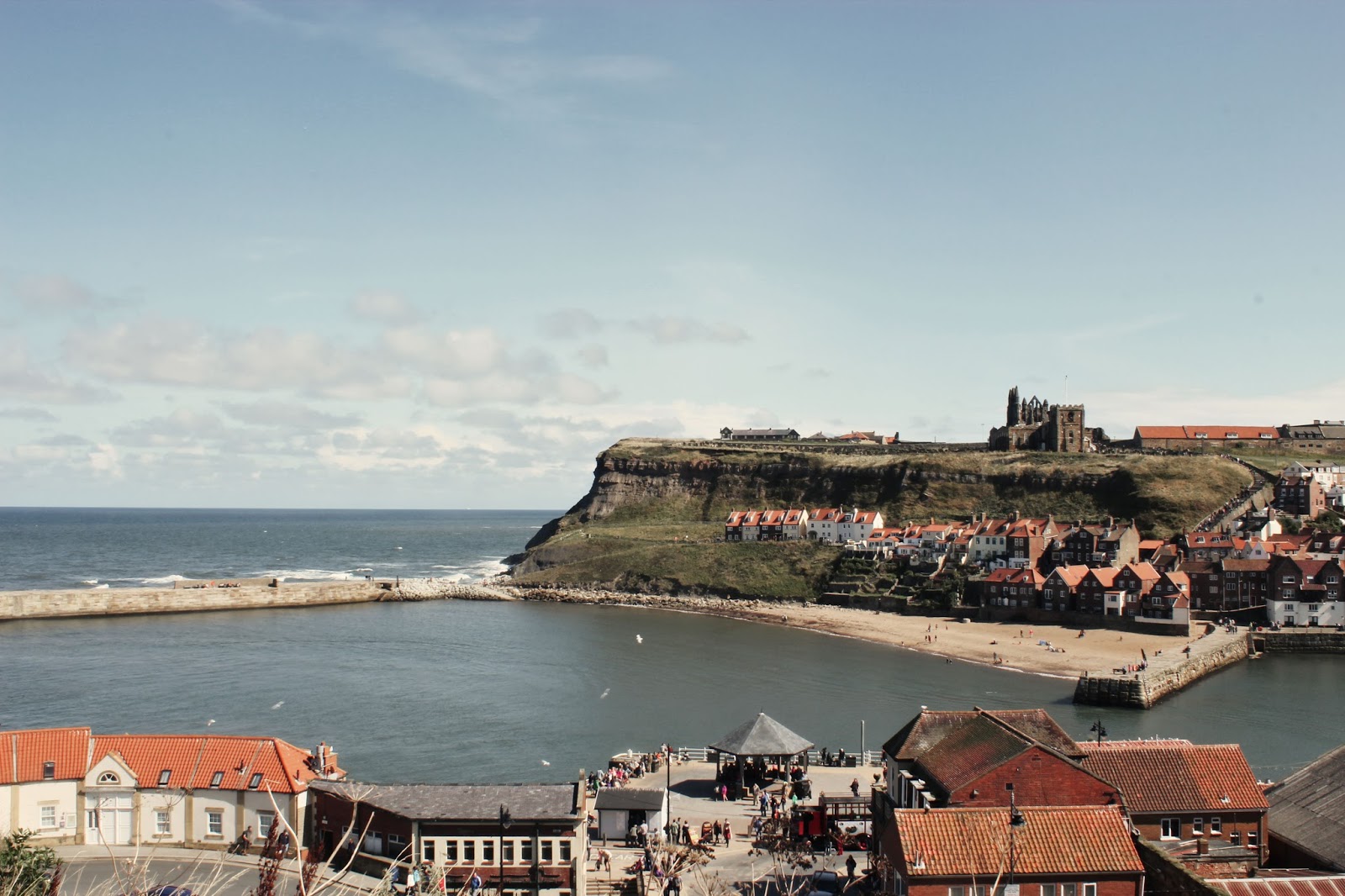 In my post from last week, amongst the moaning about Insanity and my foot injury, I mentioned that I went to Whitby with Phil's family. They go every August bank holiday weekend so it was lovely of them to ask me to come along too! On Friday they picked me up and we headed up to York for the night. Unfortunately I didn't take any photos in York (even though it is such a beautiful city!). We started out with a tour of York Brewery and spent the rest of the day mooching around. In the evening, Phil, his sister Suzie and I did a ghost walk (after much deliberation and consulting of TripAdvisor to find the best one!) and the guy that did it was pretty scary and didn't break character once. It was a little early at 7.30 and it wasn't fully dark, but I love a good ghost walk, and this one was excellent. 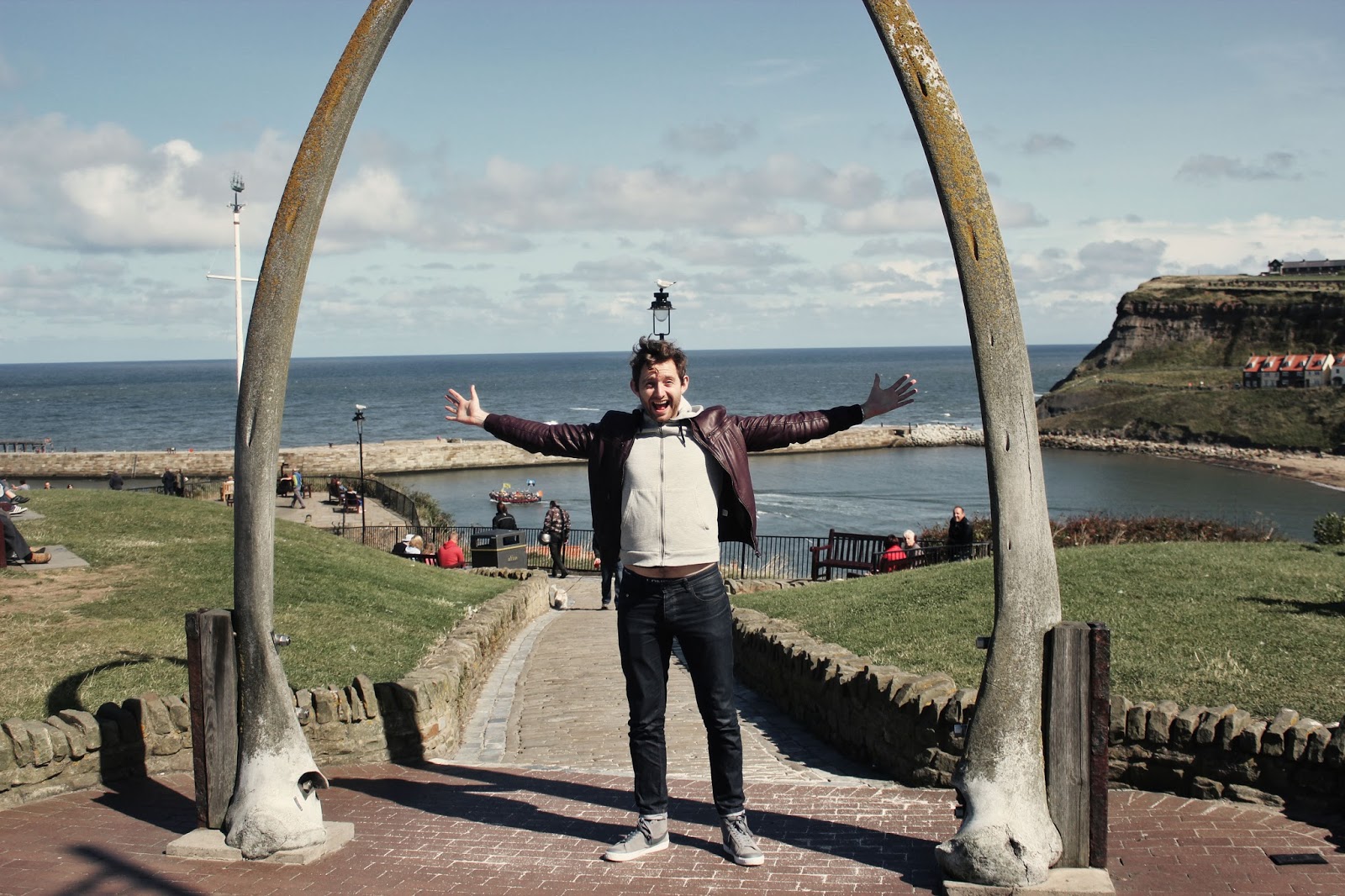 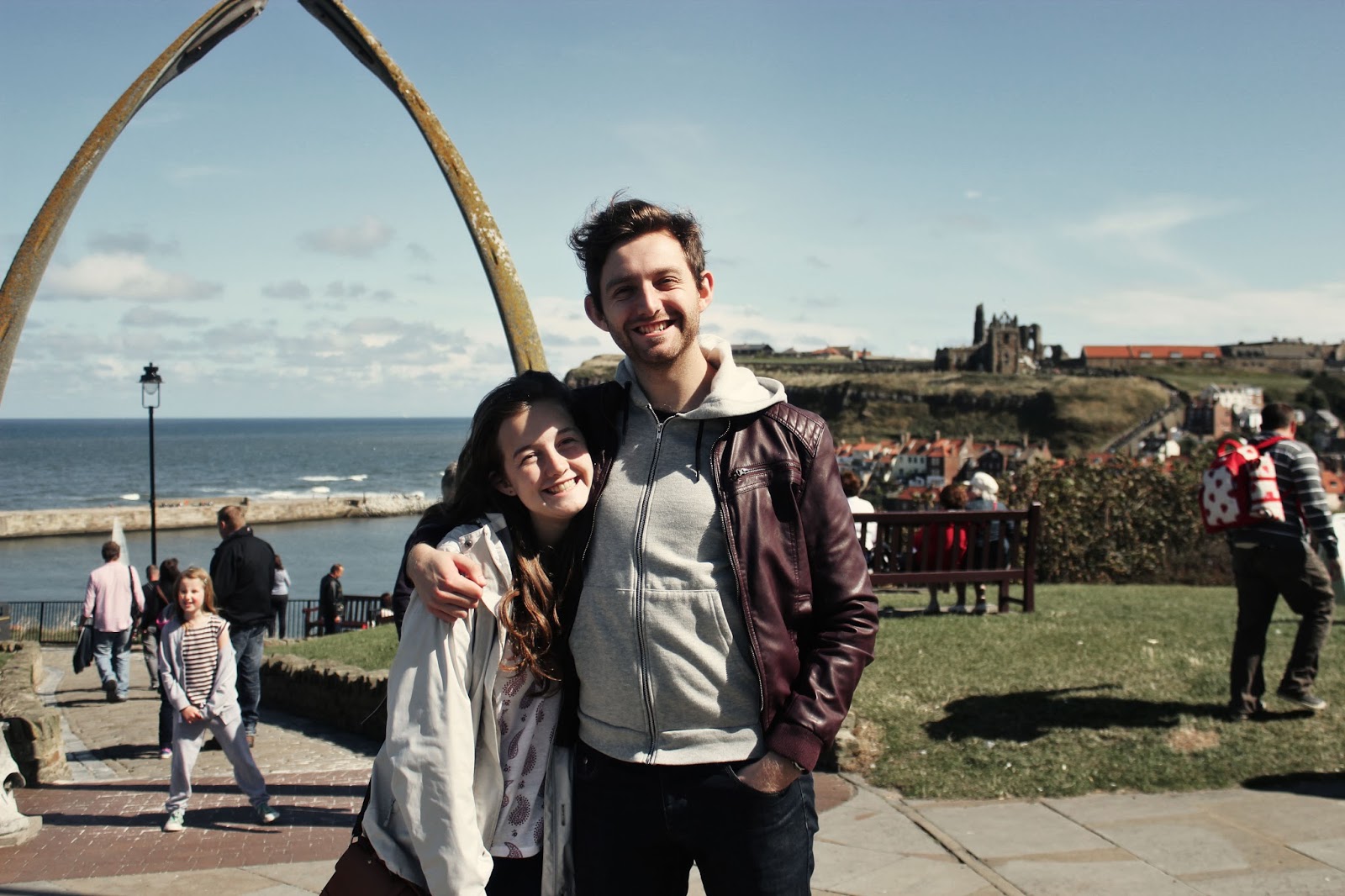 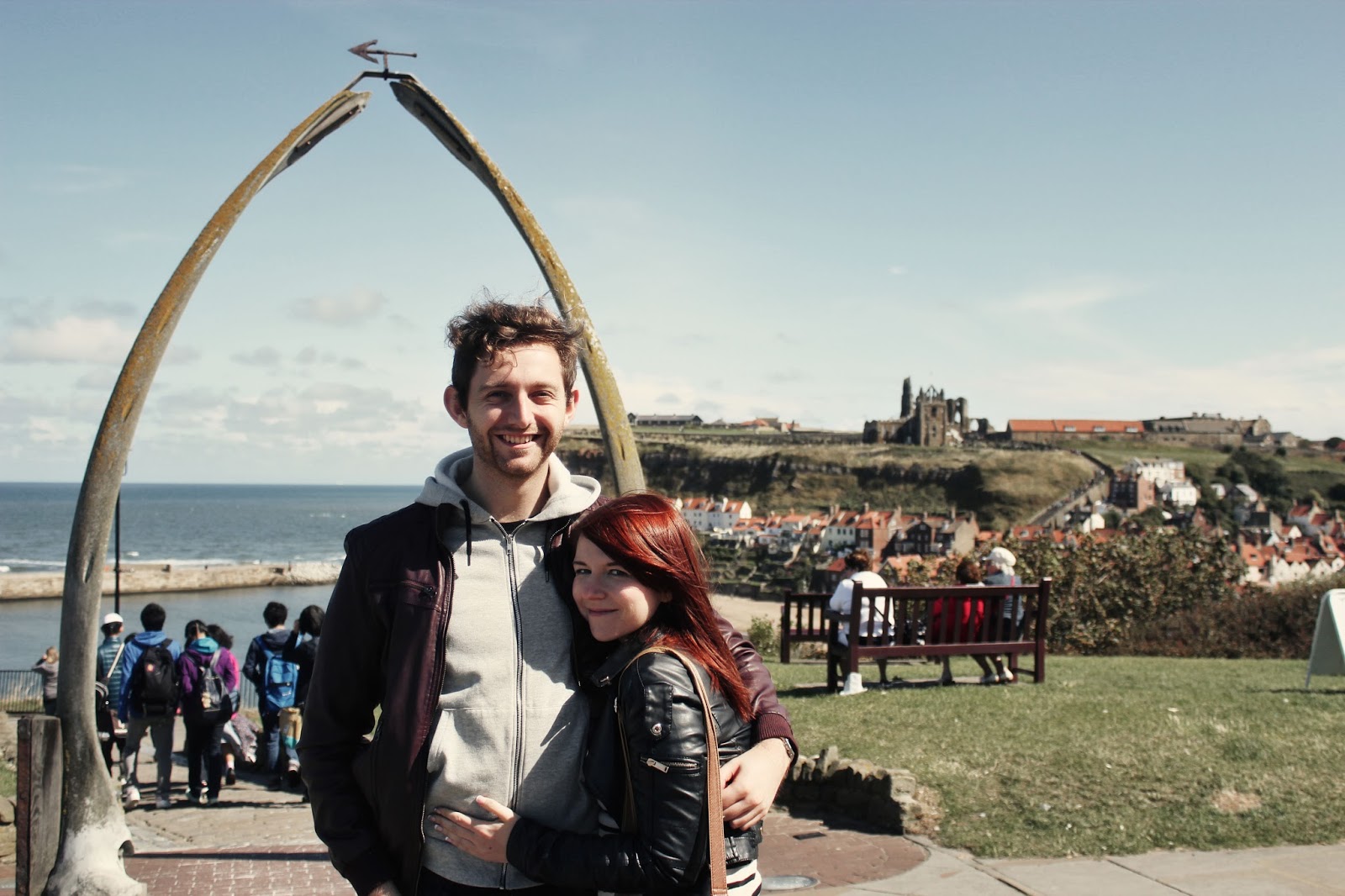 On Saturday we drove to Whitby and headed to our hostel, which is right at the top of the 199 steps right by the Abbey. On Saturday, Phil's parents showed me some of their favourite places, and pointed out all of the places they have stayed over the years. While Phil missed a few trips while he was at Uni, Suzie has been every year since she was 18 months old (she's 16 now). Afterwards, Phil, Suzie and I headed down to play on the arcades where Phil spent way too much money being defeated by a cuddly burger and I won a whole 4p. FOUR PENCE. We then got the biggest 99s EVER, and met Phil's parents for dinner at The Magpie. If you don't know, The Magpie is probably the most popular Fish and Chip restaurant in Whitby and considered one of the best places for fish and chips in the UK. There is always a huge queue out of the door. But somehow, at 5pm on a bank holiday Saturday, we walked straight in. I had cod, chips, mushy peas (YUM) and curry sauce. It was amazing, I have to say. Up there with the best fish and chips I've ever had.

After dinner, we headed back up to the hostel to meet Phil's brother Andy and his girlfriend, Lizzie, who joined us for the last two days. Then we legged it back down to the front to catch the Whitby ghost walk. I like ghost walks! This one was also great, but I'm disappointed we didn't get a chance to do the Dracula walk, as Dracula is one of my all-time favourite books. Phil has promised me we can do it next year.
On Sunday, we walked to Robin Hood's Bay. The reason being- when I was 11, we went on a school trip to Whitby, but I was poorly after a few days and I had to be picked up by my Dad. I was having a great time and didn't want to leave, and my Dad remembers me crying that "they're going to Robin Hood's Bay tomorrow to dig up fossils" as the beautiful scenery rushed by. Because I missed out that day I have always wanted to go back. The walk to Robin Hood's Bay turned out to be very long, very uphill and very tiring. While the signs claimed it was only 6 miles, I think up and down all the hills it was at least 8 or 9. The walk took us 3 hours! This was also around the time that my foot started to get even worse. After a drink and a walk around, we took the bus back to Whitby, and Phil, Suzie, Andy, Lizzie and I went for lunch. Then Suzie, Phil and I went to play crazy golf (I am terrible!) before we went for dinner. After dinner we followed the usual Cantillon family tradition of going to see a production by the local amateur dramatics society, who are, to put it nicely, not the best actors in the world. The play was terrible, the acting was terrible, but we had a laugh. 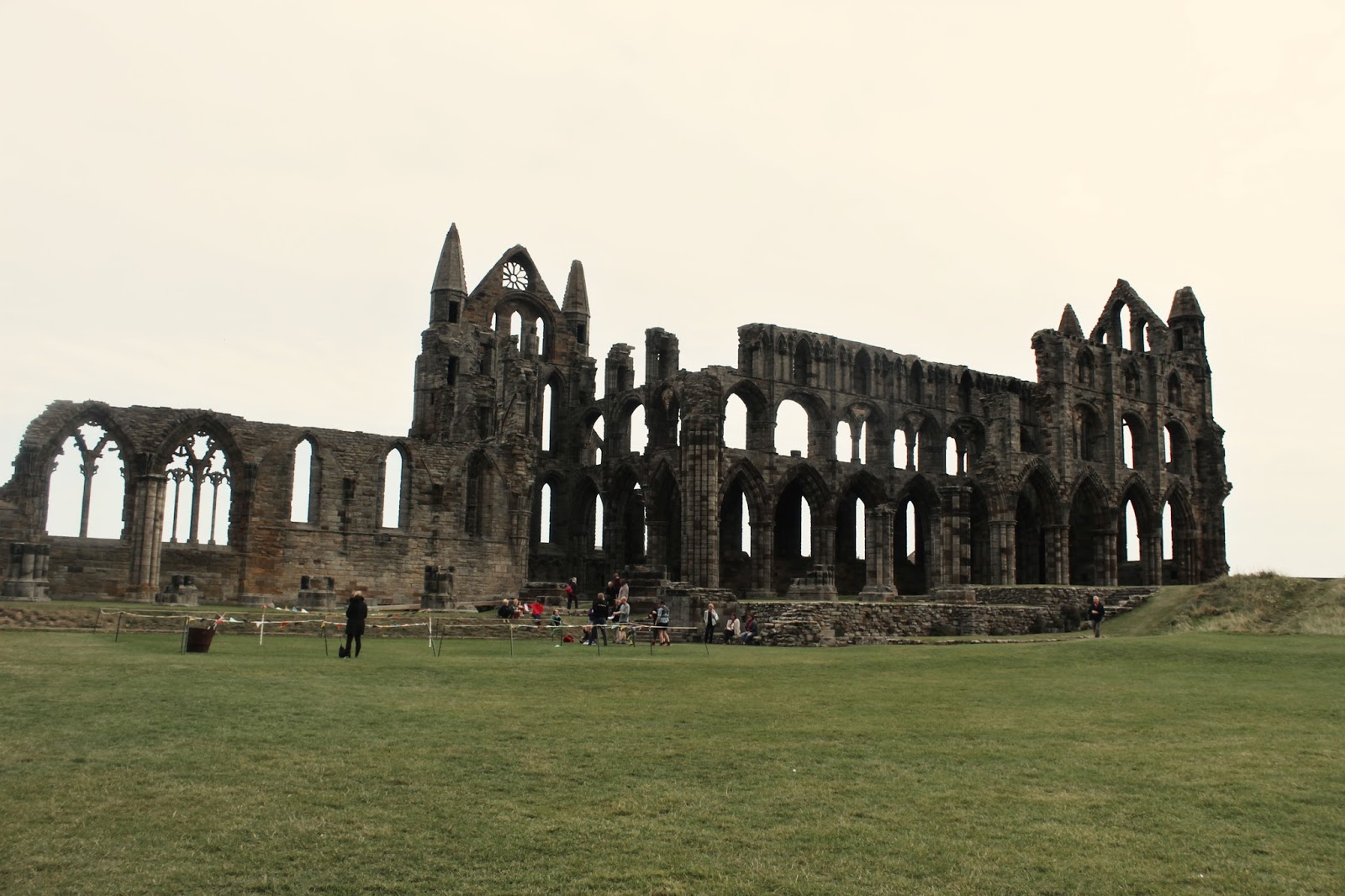 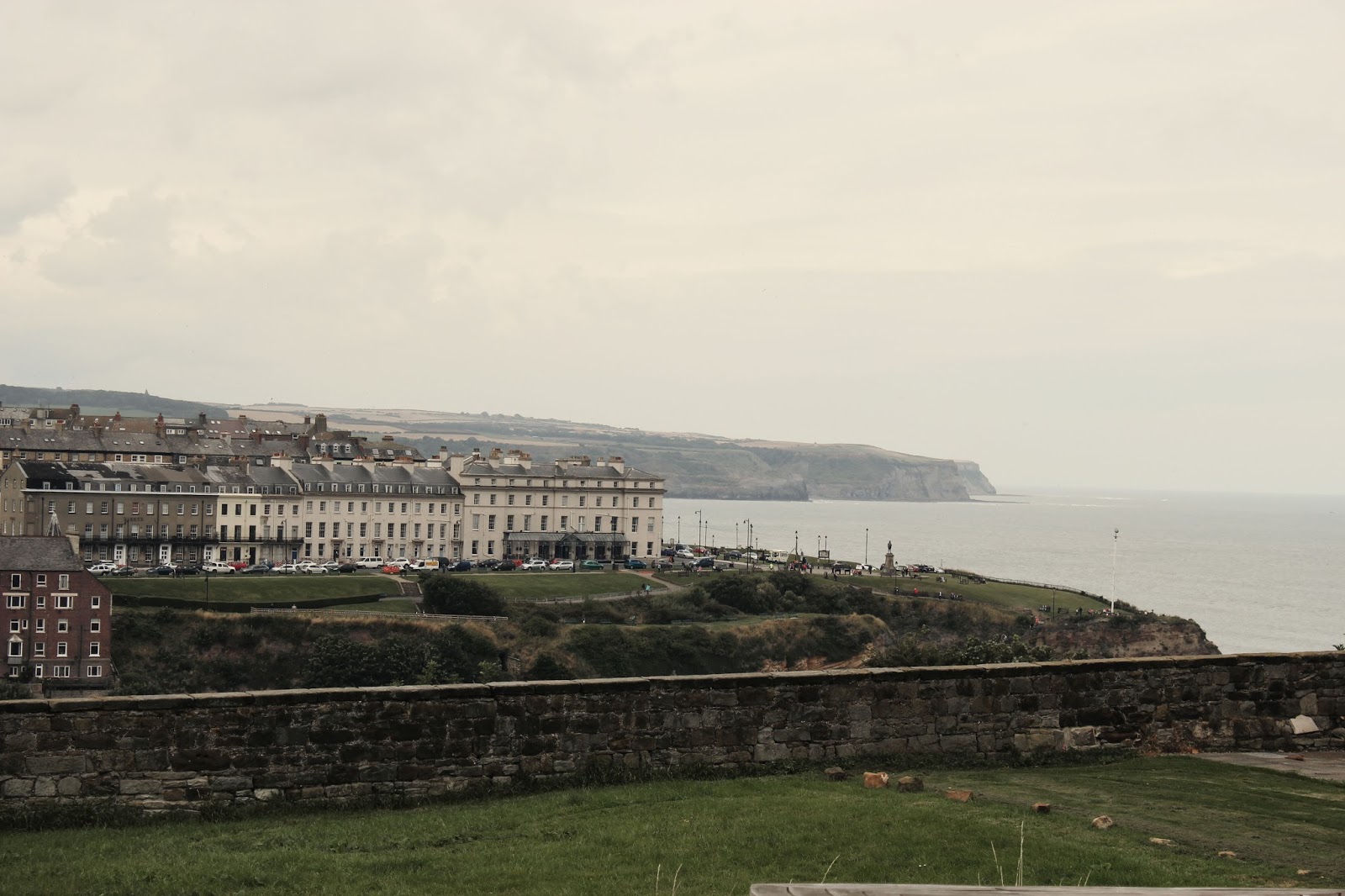 Monday was our last day, so Phil and I went down to town to look for some gifts and buy fudge before going to explore the Abbey and watch a live-action production of Dracula, which naturally, I loved. It was only three actors playing all the characters, and you followed them around various spots around the Abbey ruins. It was very well done and very funny and I enjoyed it a lot. Then after lunch, we packed up the cars and said goodbye to Whitby.
I'm already looking forward to next year's trip.