I've never really worried about working a sedentary job. As someone who exercises five or six times a week I've never really considered it to be a problem that the only exercise I get during the working day is my half-hourly trips to fill up my water bottle which naturally result in half-hourly trips to the bathroom.
Then a few months ago I was flicking through Runner's World and I found an article entitled "Sitting is the new smoking, even for runners", the gist of the article being that even if you run (or do any kind of exercise) regularly, the threats of sitting down too much can still be as damaging to your health, in the same vein that it doesn't matter if you run 60 miles as week if you smoke forty a day.
This was a bit of a surprise to me. As aforementioned, my every day life isn't that active aside from my running and Beachbody workouts. I walk five minutes from the train station to work and back, and Phil is always taking the mick out of me for complaining that he doesn't park close enough to my house. I consider myself a lazy-exerciser. I exercise like crazy five or six times a week, but if I can get the lift rather than the stairs, I'll probably get the lift. Which I suppose makes me exact the kind of person that article describes.
A few weeks ago I was looking at the iPhone step tracker and set that up for a few days, but I found I obviously don't take my phone with me every time I go to the toilet at work, and I don't think all my steps were being detected in my bag, so I gave up, but I really liked the idea of actually knowing how much I walked. Because I work in the centre of town I can easily go for a mooch if my steps for the day aren't as high as I would like, and I liked the idea of being able to supplement my workouts with extra walking about.

I've fancied a fitness tracker for a while, but with so many on the market I didn't know where to start, so when Fitbug offered to send me a Fitbug Orb to review I figured I'd give it a try. The Fitbug tracks your movement and sleep, and you can set it to add in your nutrition too, or hook it up to My Fitness Pal. When the orb arrives, it looks like this... 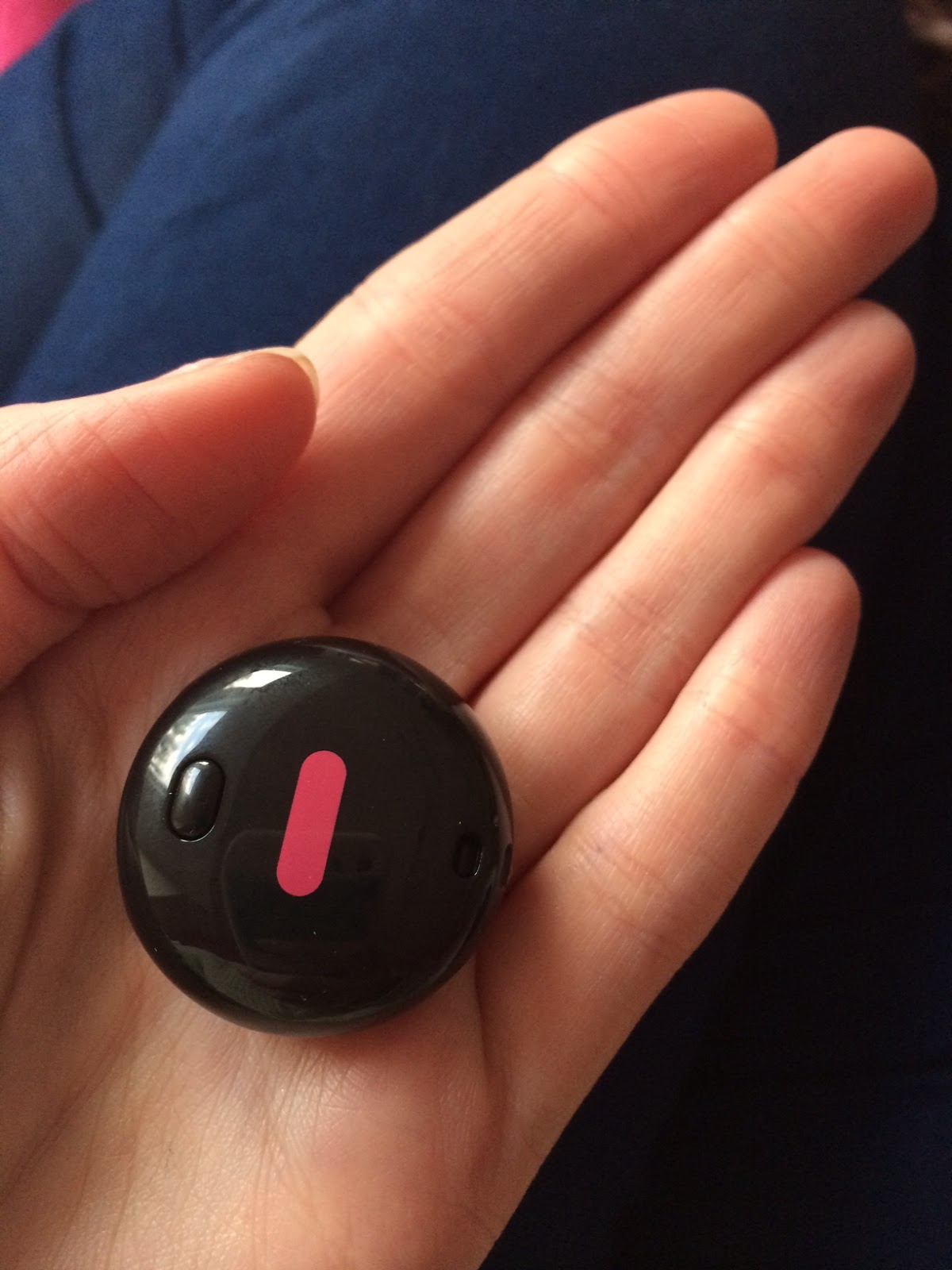 As you can see, it's pretty small, and notably, doesn't have a screen- it works entirely though the website or phone app. Now this might not be ideal for everyone, but for me- who never goes everywhere without her phone, it's absolutely fine.

Now I will admit the set up confused me, but then I realised I'd accidentally put the battery in upside down (ahem...) but once I got past that part it was fine. I did have some struggles connecting it to my MyFitnessPal, but some googling helped me out. It comes with a clip for your belt, a watch strap for it to fit it and a lanyard, so you have a few options of how to wear it. Initially I went for belt clip but then I switched to watch, which I think is more accurate. 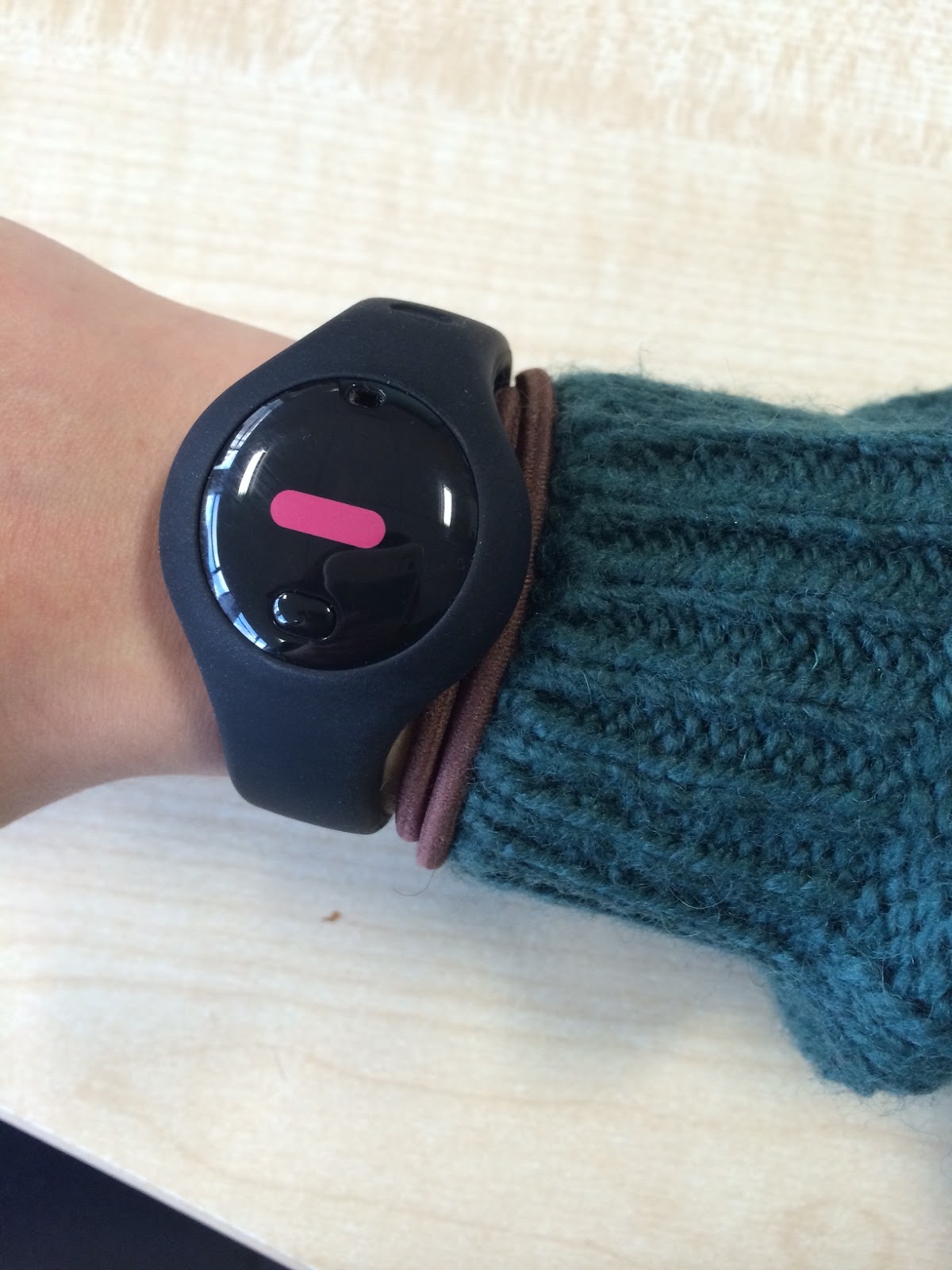 The Fitbug works entirely over bluetooth and I have been solely using the iPhone app, so I can't tell you much about the website because one of the main selling points for me is being able to just use it on my phone. It has a couple of different settings- one where you press the button throughout the day for it to update your steps, one to get your steps in real time and one where it updates every 30 minutes so long as your phone is nearby and the app is open. I tend to leave it on the mode where it updates itself ("hub mode"), but then every now and again I'll press the button for an automatic update. This is a bit sad but I've gotten really into checking how many steps I've done!

On the first day I wasn't very well so I just tracked my steps. I try to get over 5,000 but I've been impressed that most days I've been well over 10,000. After a few days I started to also wear it for my workouts which it seems to track as "aerobic steps" which I think are steps over a certain pace. It's not super accurate for exercise (I did strength training this morning and it barely counted anything), but I don't really use it for that anyway (I have my Polar HRM for tracking my heart rate). I love that it doesn't just show you your steps, but how much time you've spent walking and the distance you've actually travelled. It's amazing to find out you've walked 4 miles in a day while you've just been pottering around!

So I did say alongside movement tracking it also has a sleep function. Now to be completely honest I was kind of dubious about this. I already use a sleep tracker and my sleep tracker has an alarm so I thought well, I don't need two so what's the point? But in the interest of a fair and accurate review I decided to try it out. I set my Fitbug and I also set my usual sleep app to see if they had similar results.

The Fitbug blew my mind.

My SleepCycle app only really tracks how long you've been in bed, and I only really pay attention to the quality of sleep as the graphs don't really interest me, but the Fitbug not only tells you quality of sleep, but it tells you how often you woke up in the night and for how many minutes and actually how many hours you were fully asleep during the night. I think that is absolutely fascinating! Admittedly, I'm not sure what to do with this information yet, but I'd love to keep track of various factors (bed time, stresses of the day, food consumed before bed) to try to get optimal sleep. 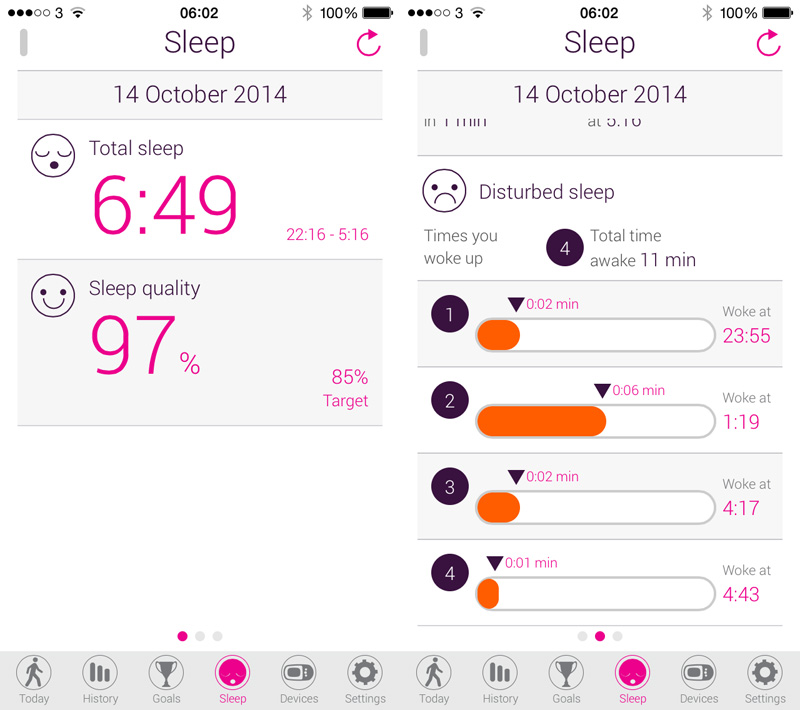 Would I recommend the Fitbug? Definitely. I think anyone and everyone can benefit from this- people like me who exercise a lot but have sedentary jobs and also people who don't exercise much and want to start moving more. I know having this baby strapped to my wrist makes me walk more, and I've been slipping into Manchester a few days the last week to get a few extra steps in. I also barely notice it on my wrist so wearing it isn't a big deal and I really find it motivating to get up and move more throughout the day.

Thanks Fitbug! I can't wait to play with this toy more!
Labels: exercise fitbug fitness tracking