I grew up less than 15 miles from Manchester City Centre.

Weekends as a teenager spent in Afflecks Palace and in dirty clubs with sticky floors and vodka Red Bull for £1.
When I was at uni I naturally told anyone who asked that I was from Manchester.
But my love affair with the city didn't really begin until a few years ago.

I came back from uni in Birmingham to a city I no longer knew.
Those sticky-floored clubs were filled with a new generation of 19 year olds and I didn't know my place.
I missed Birmingham like crazy - I missed my time living in America even more - and I had no love for this place I once proudly called home.

It was only when I met a boy with a flat in the Northern Quarter that I fell head over heels.

Today whenever we go to a new city I find myself saying "it's great, but it's not Manchester."
There is no other city I would rather live in.

Of course living in the city centre is expensive. Of course our flat is small and cramped. Of course it's loud and busy and chaotic.
But I wouldn't change it for the world.

Manchester has everything I could possibly need.
More restaurants than I could ever eat at, with new ones opening every week.
More bars than I could ever need.
The museums, the book shops, the parks, the theatres.
There are new corners and new places and new experiences to find every day.

But the problem with living in a city is you so rarely do the things you would do when visiting somewhere new.
You don't look on Trip Advisor to find the best things to do. You don't save the highest rated restaurants or check which walking tour is the best.
You're popping out for milk instead of going to a museum. You're curling up watching Game of Thrones when the sun is shining while tourists are learning more about your city than you could ever know. You're at a loose end when someone asks "what should I do in Manchester?" and finding yourself starting sentences with "I've never done it but..."

So this weekend I decided to change all that.

Whenever I go to a new city I have to do a walking tour. It's my favourite way of getting my bearings, exploring a city properly and deciding what I want to do with the rest of my trip.
So first stop was a walking tour.

At 11am we walked less than 100 metres from our flat to join the Free Manchester Walking Tour. It was strange to be doing a tour in our own city - we even walked past our building and found out Noel Gallagher lived  in the building next door to ours in the early 90s and it's where he wrote most of the songs on Definitely Maybe. I was surprised by how much I didn't know and how much I learned. So many buildings that I walk past every day on my way to work that are filled with history that I didn't even know about.

I took my camera out and snapped some photos along the way. I won't give away too much of what I learned on the tour because you should definitely do it if you're ever in Manchester... 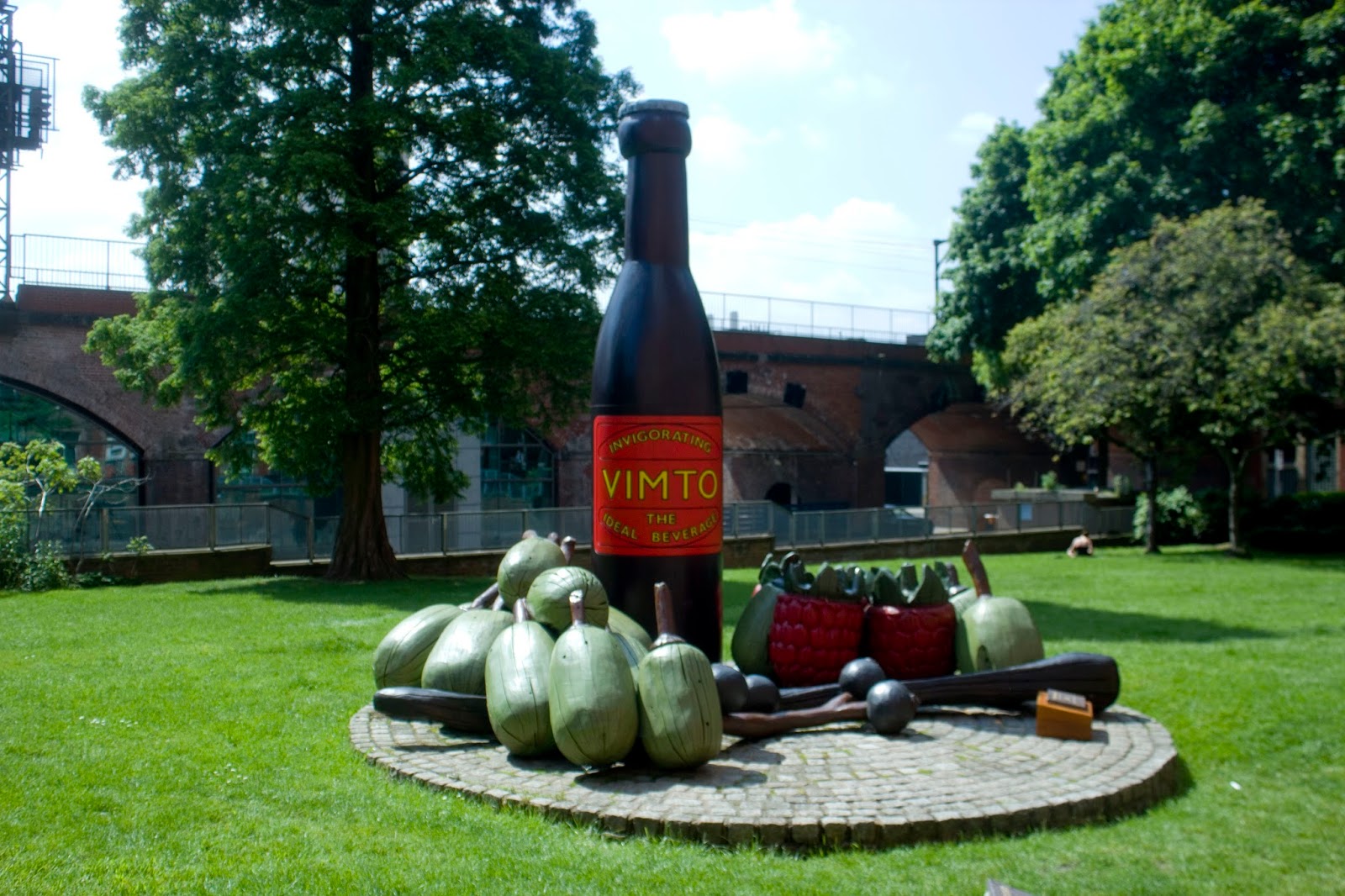 I walk past this statue every day on my way home from work! I think references to Vimto went over the heads of the non-Brits in our tour group! 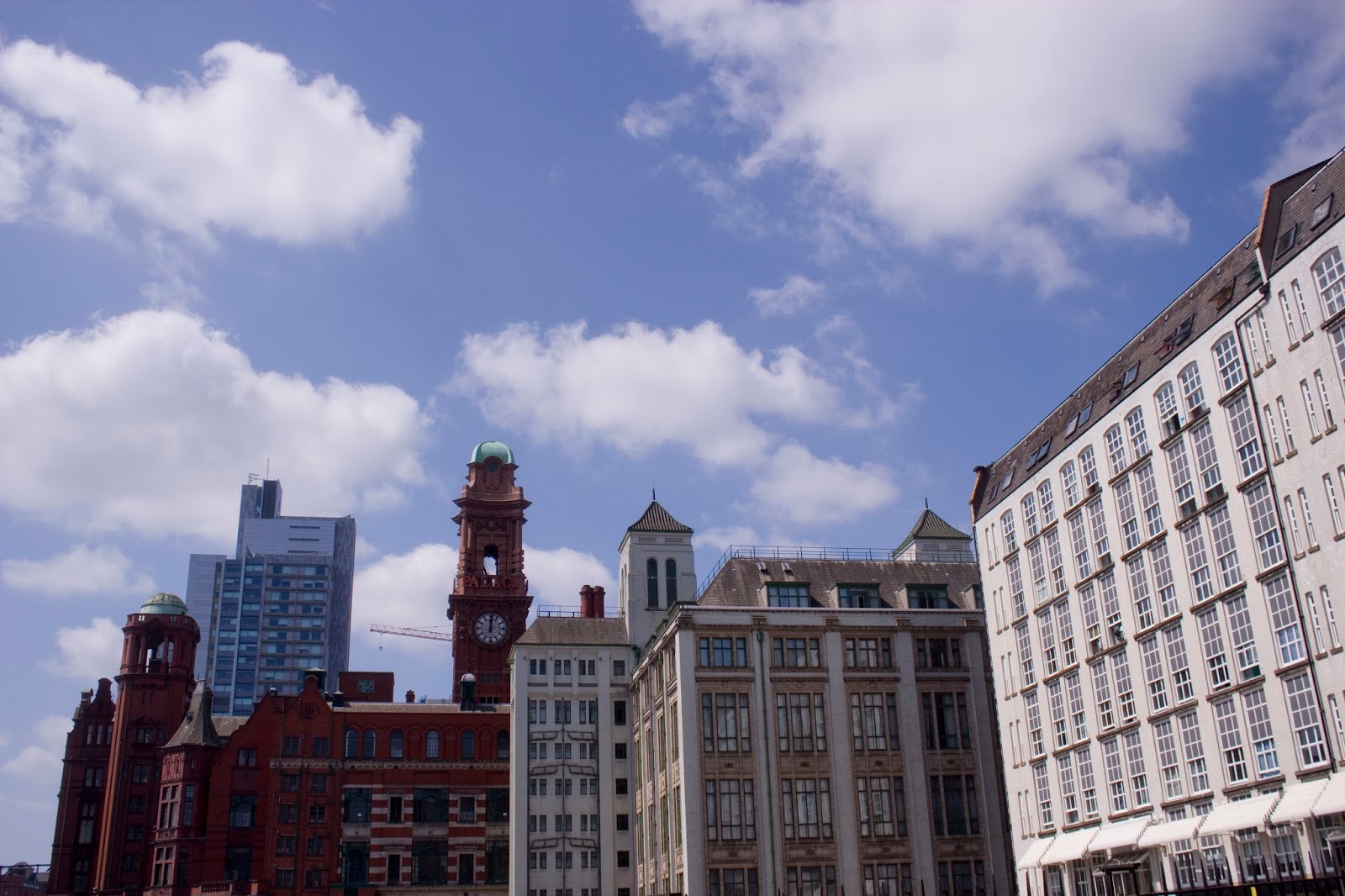 The view from behind my building 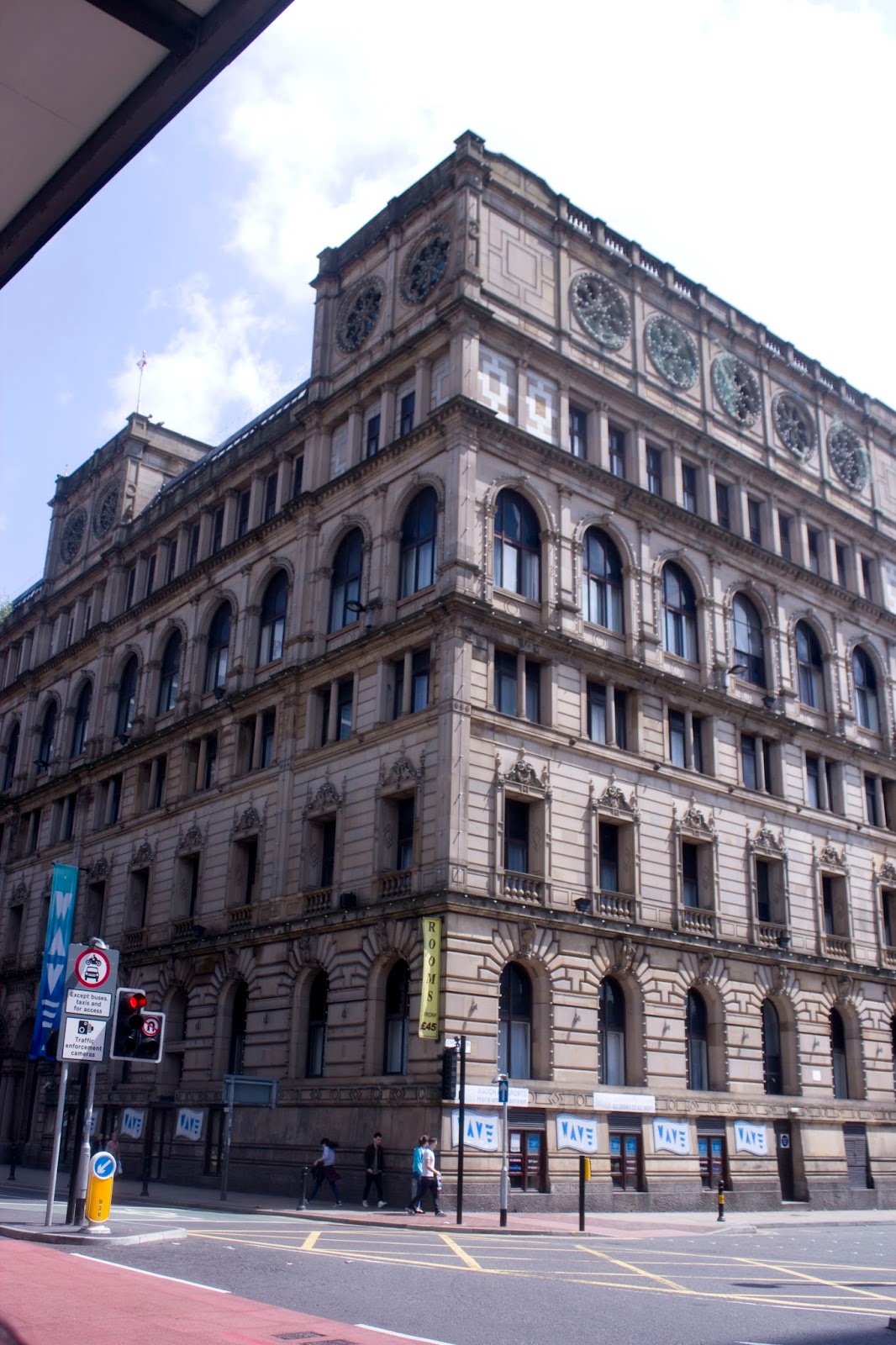 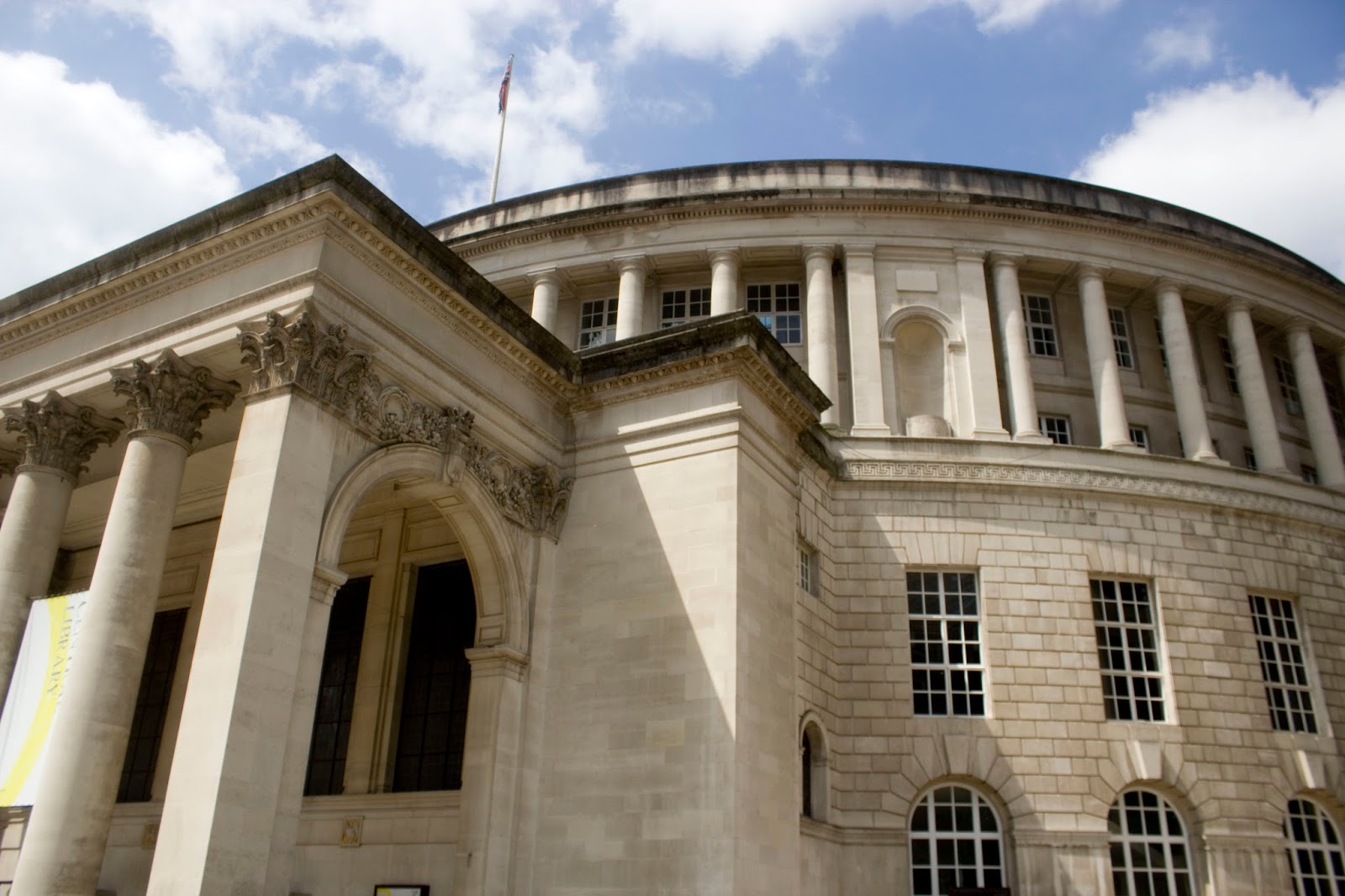 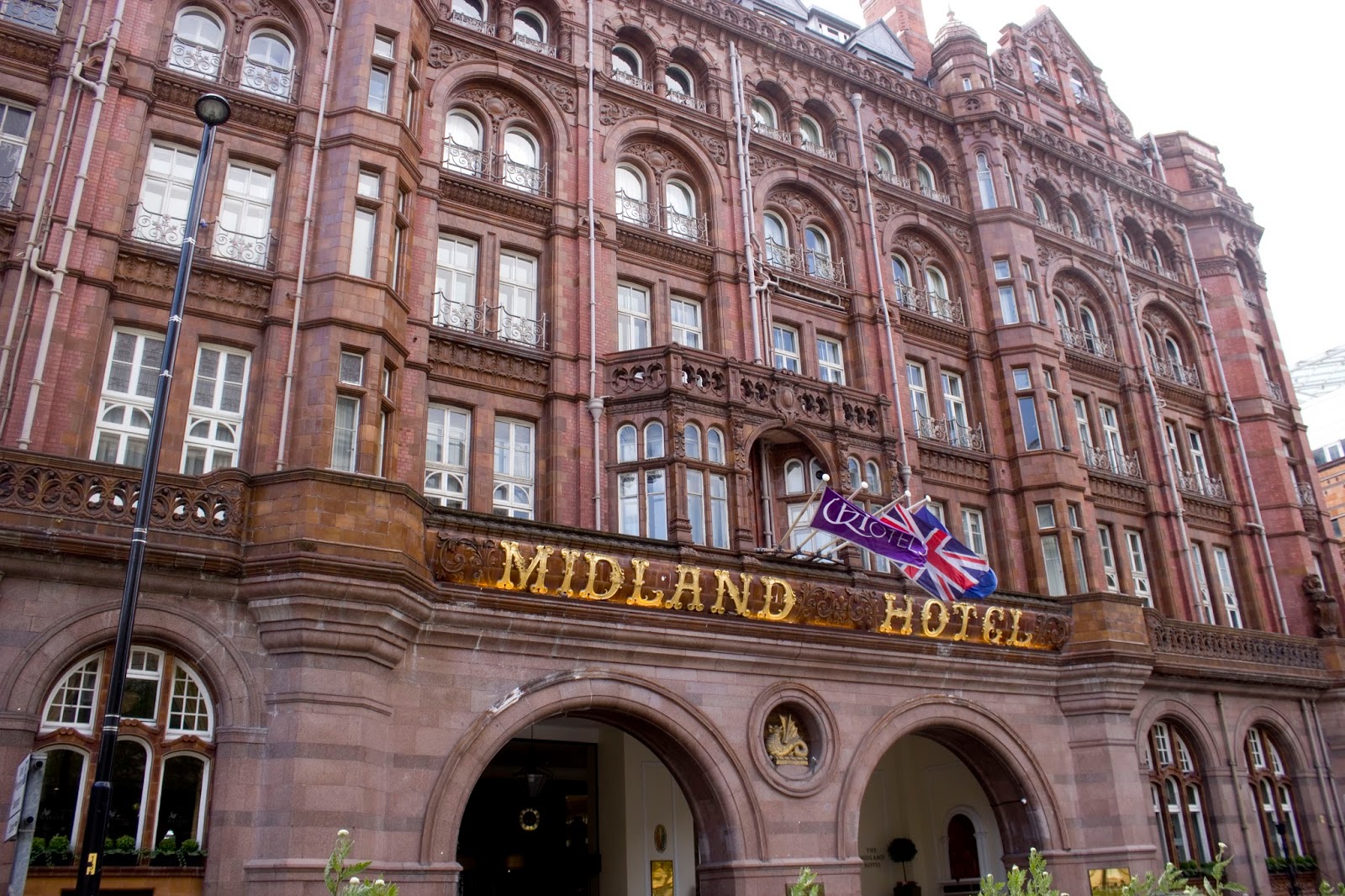 The Midland Hotel, visited by Winston Churchill, allegedly coveted by Hitler, where Rolls and Royce first met, and where Posh and Becks had their first date! 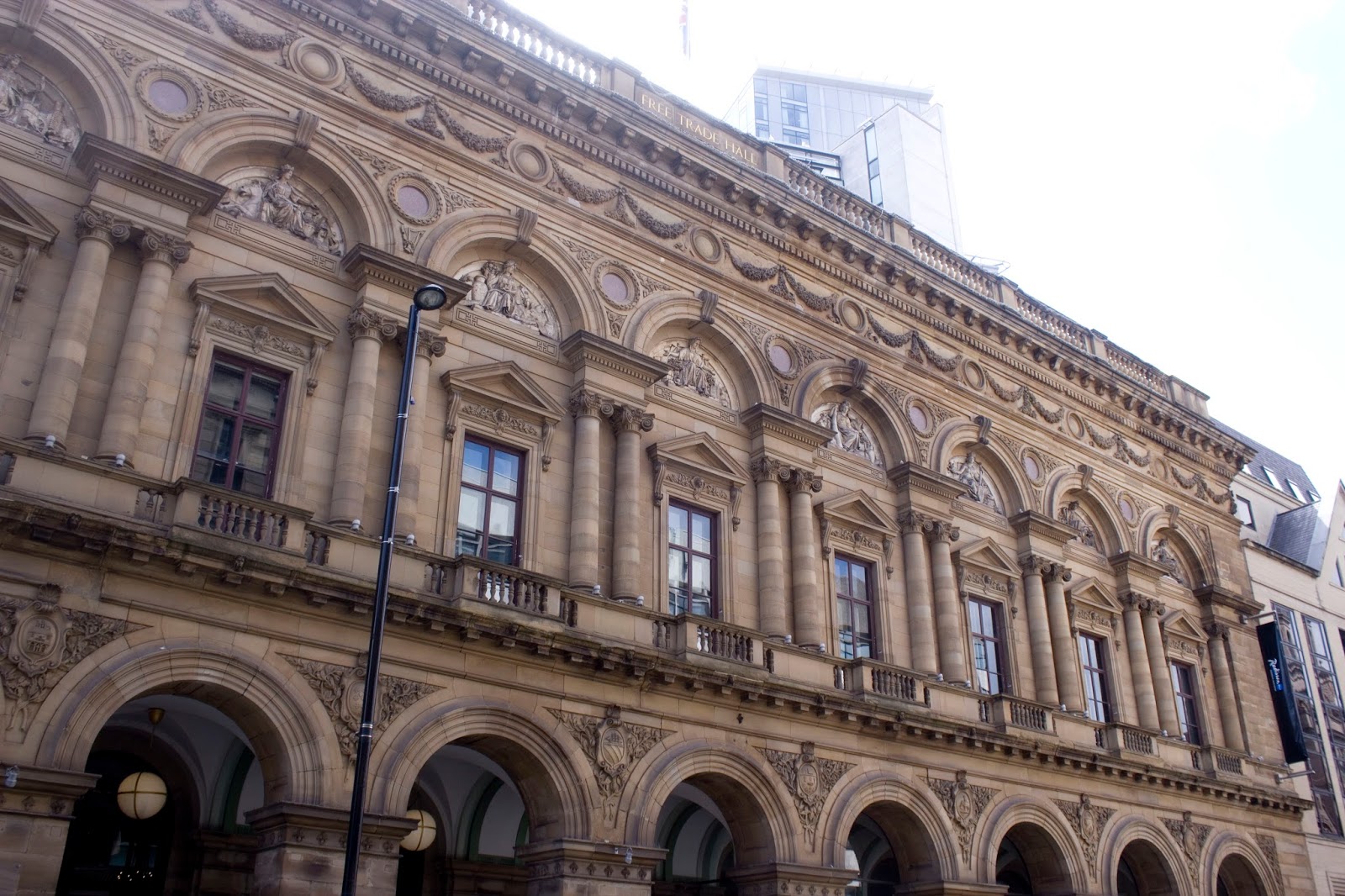 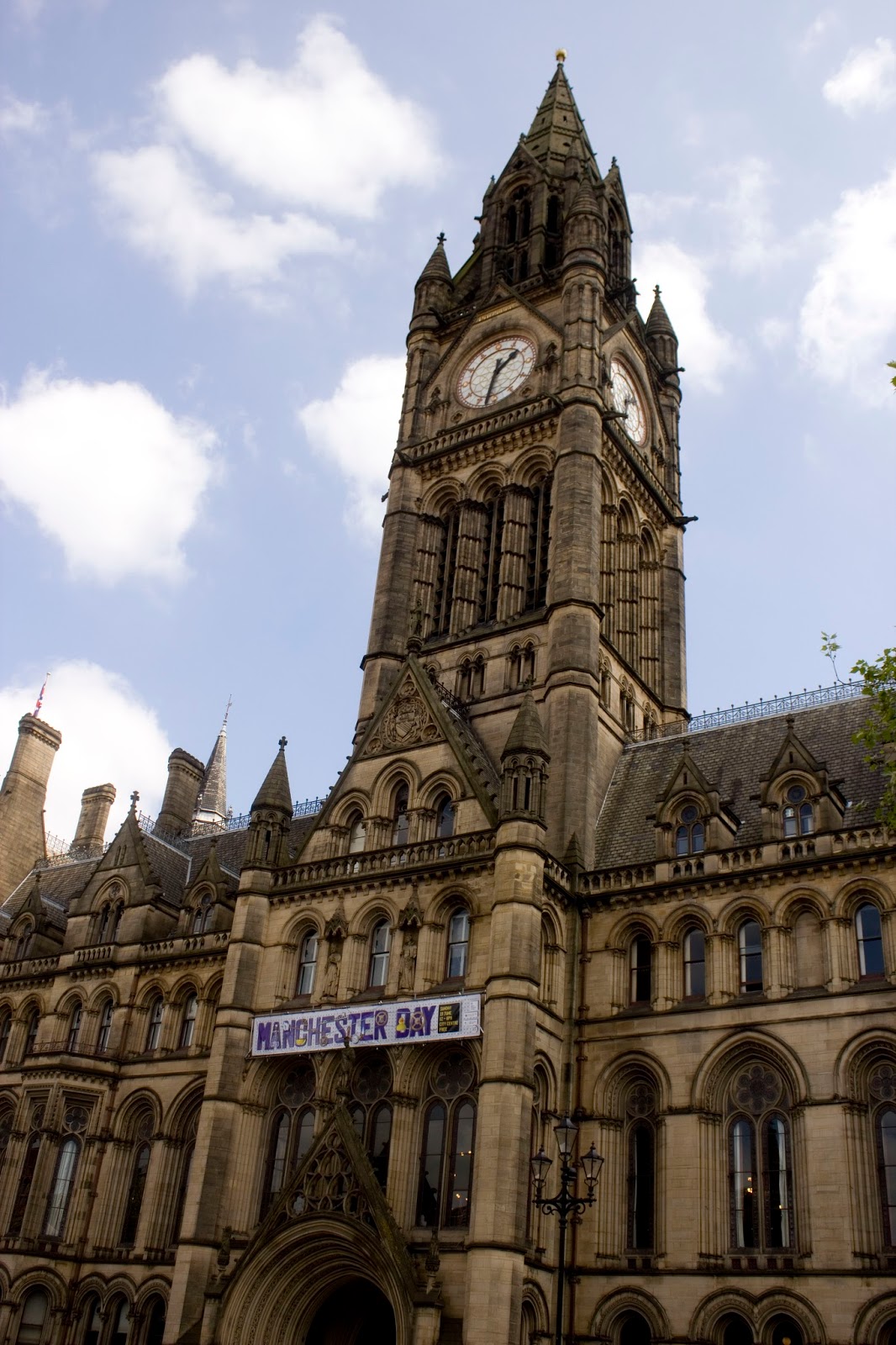 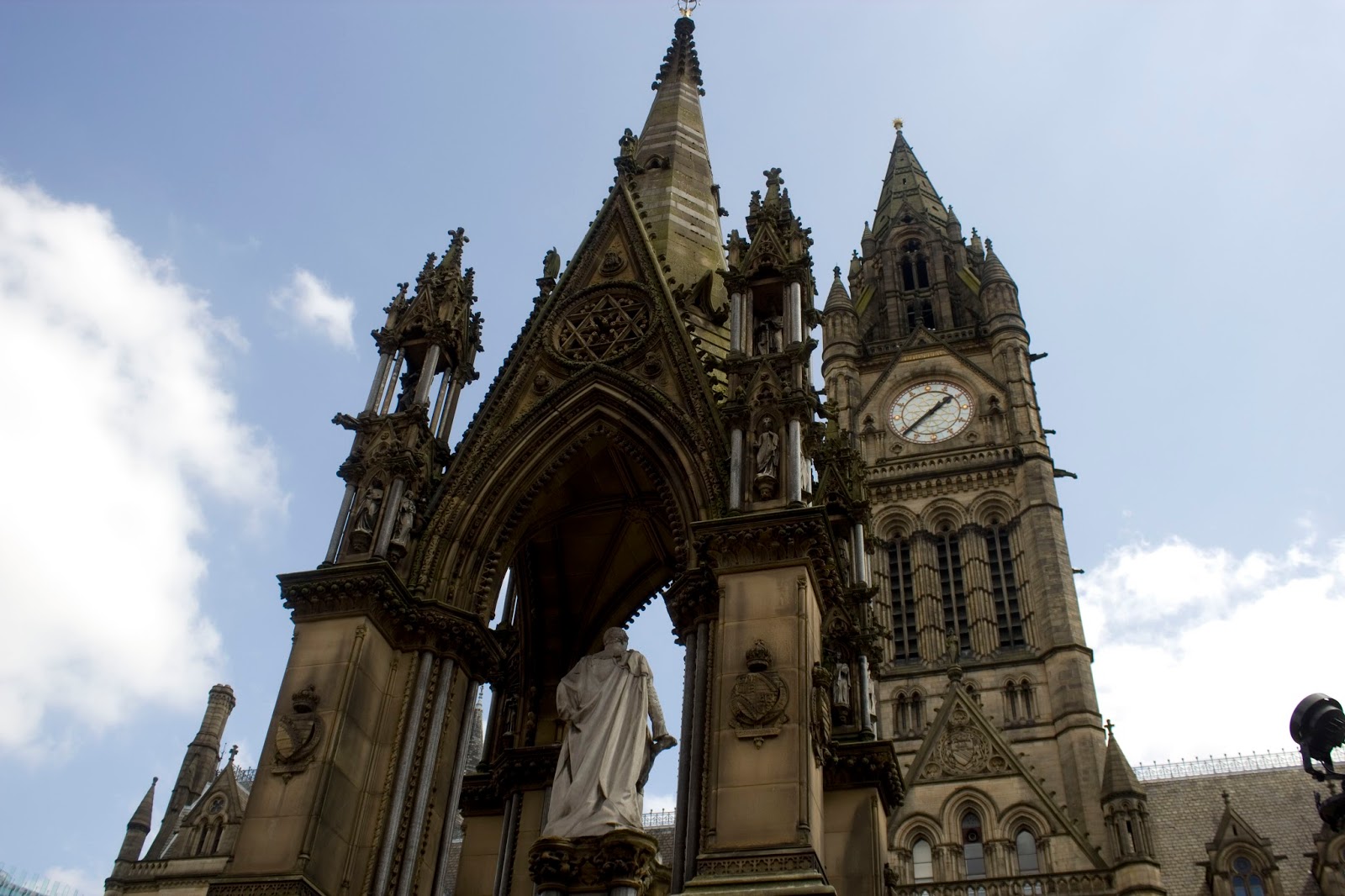 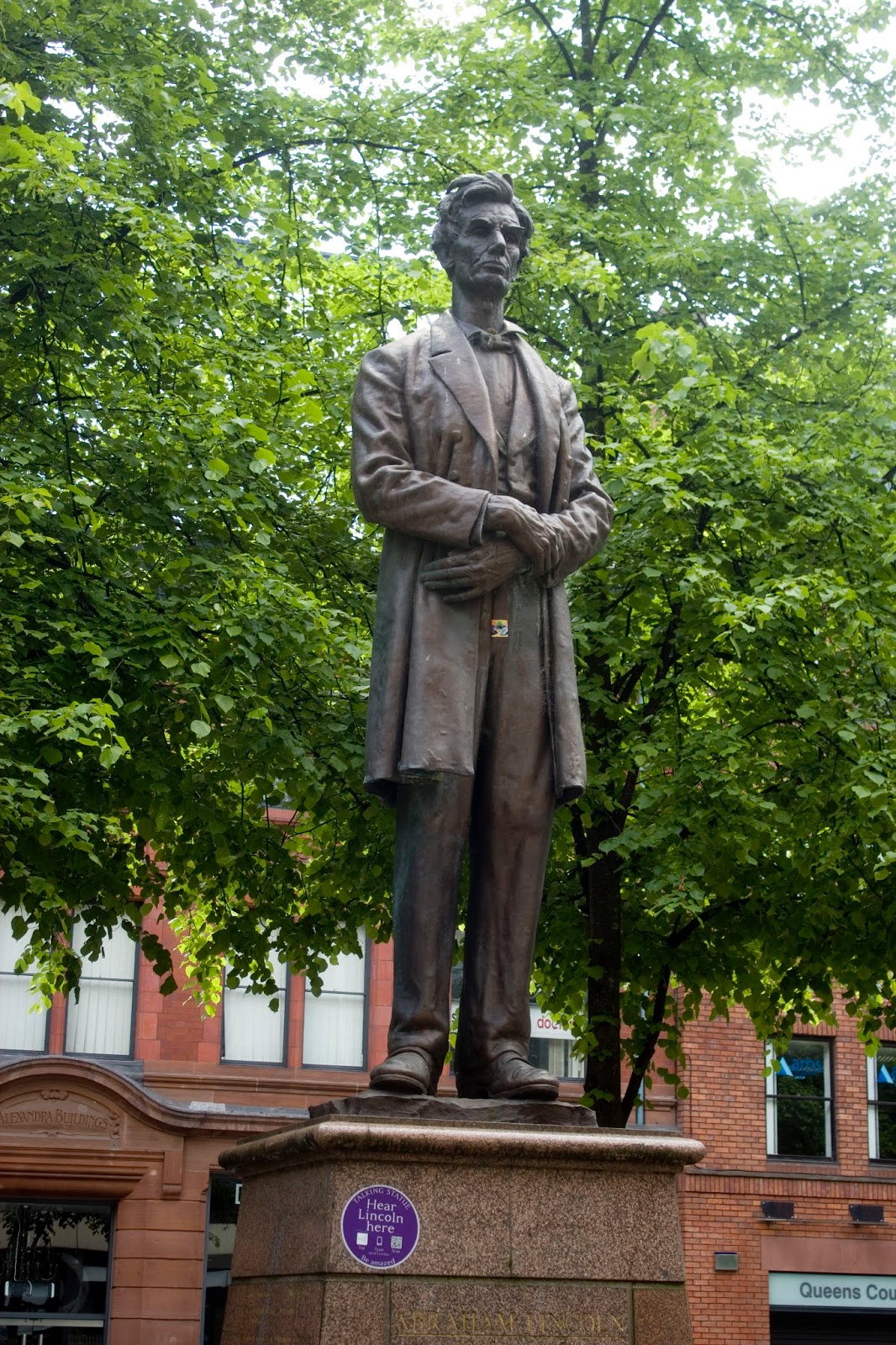 Yep we have a statue of Lincoln. Here's why. 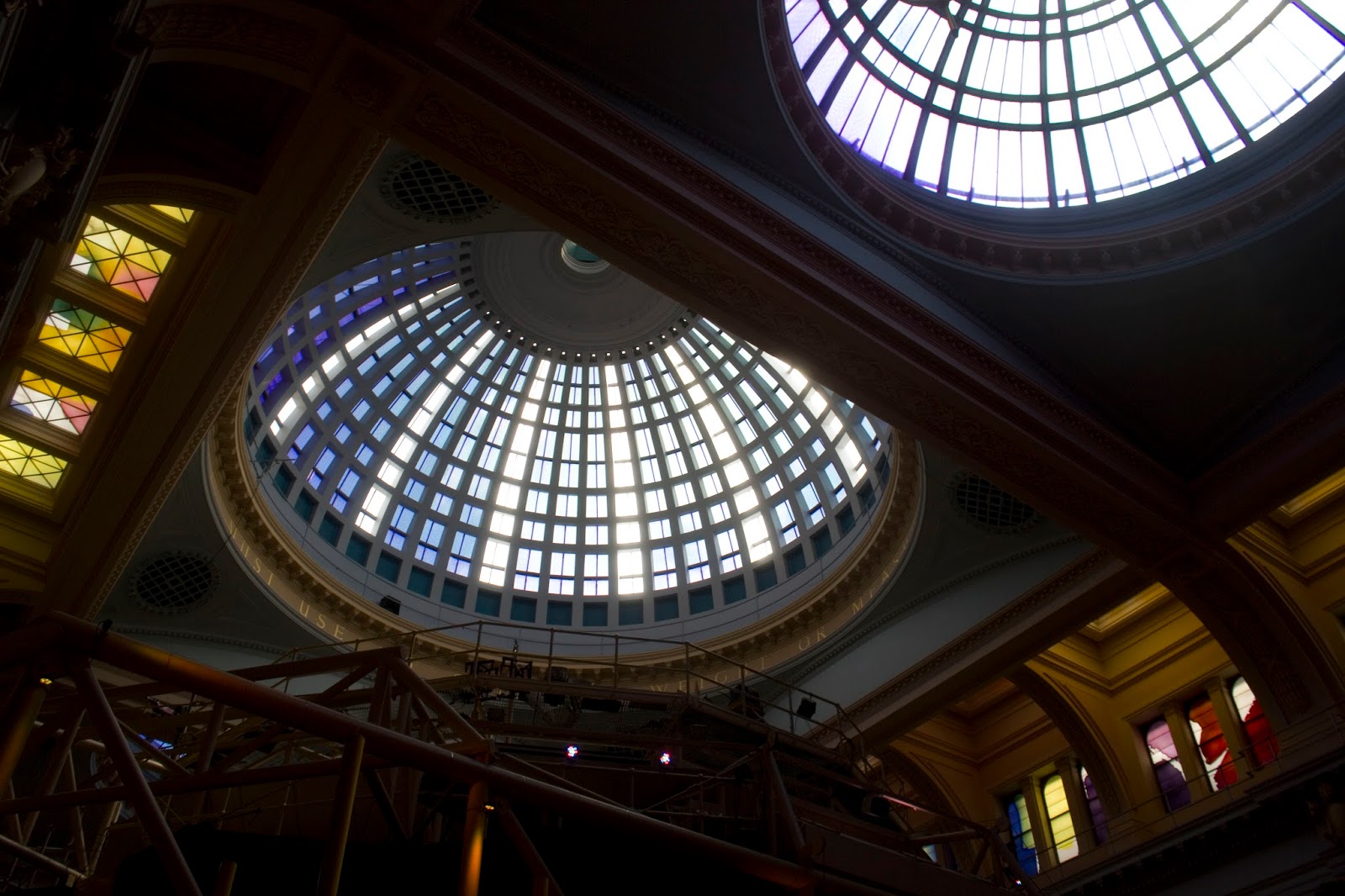 The Royal Exchange theatre is one of my favourite places in Manchester - it's where Phil asked me to be his girlfriend! 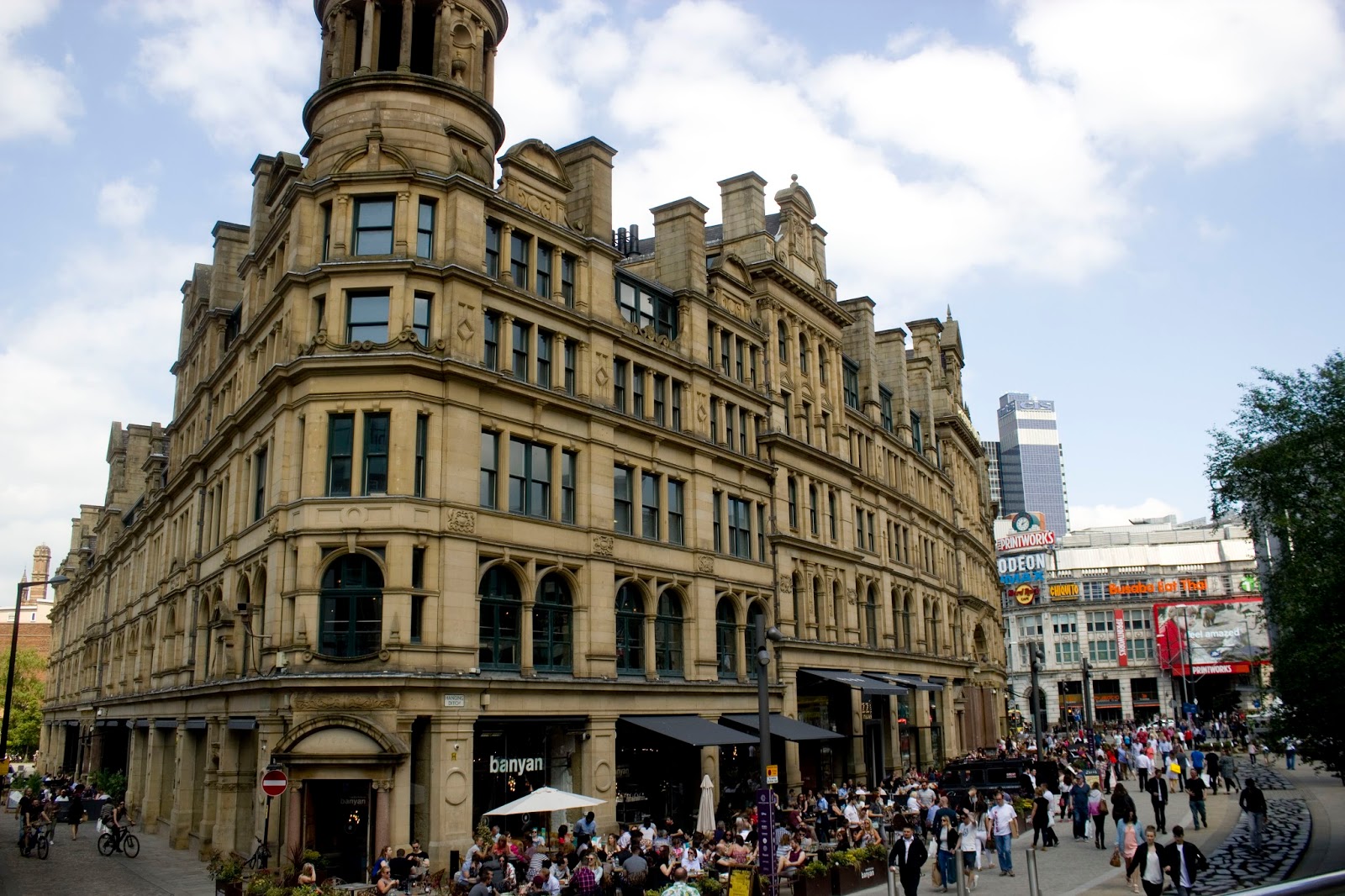 A very busy Exchange Square where we finished our tour
I was a little bit disappointed that our tour didn't cover the Northern Quarter - my favourite area of Manchester, but we had a walk around there after, and I snapped this photo of a recent piece of street art. 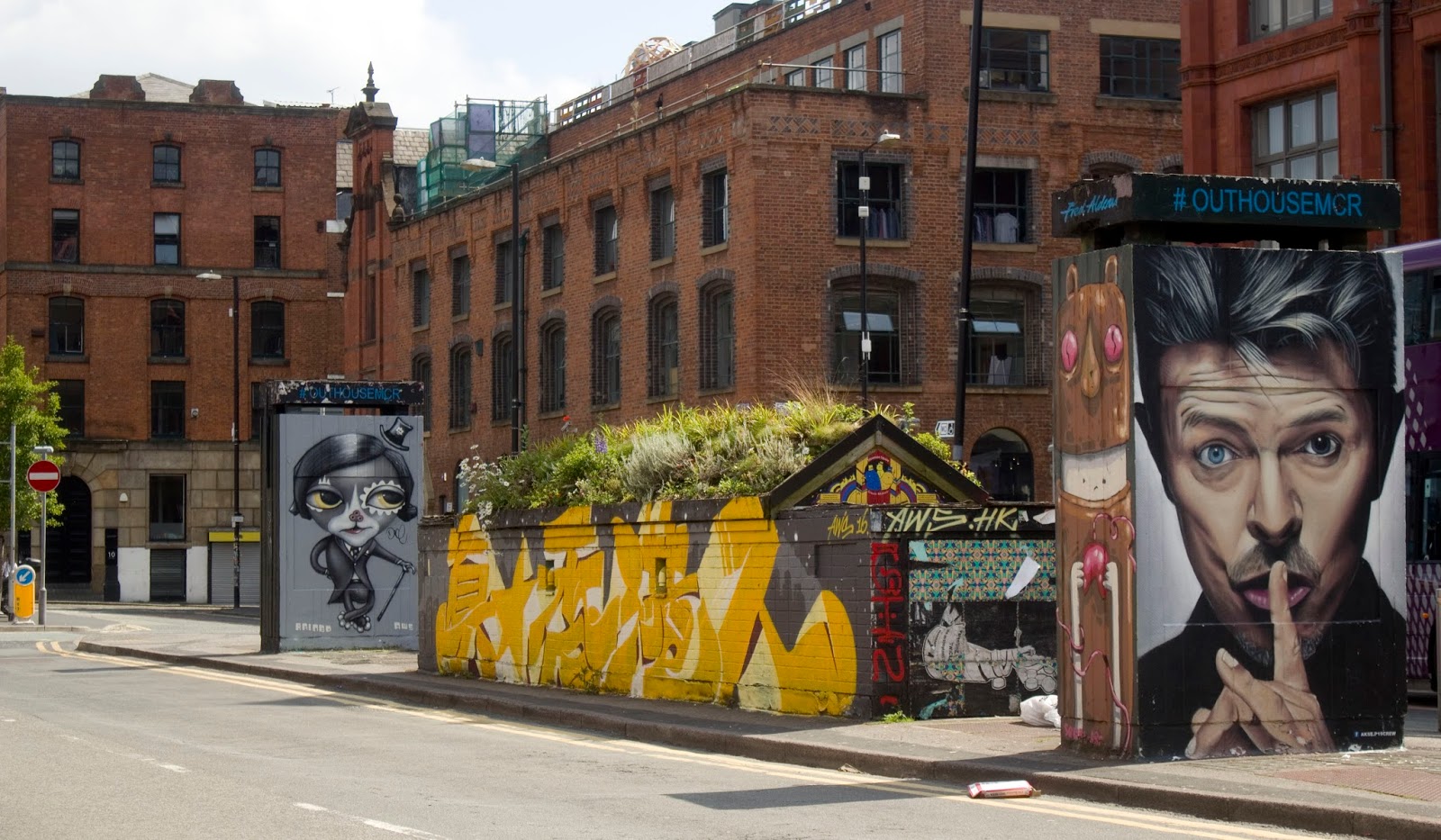 To carry on our theme of the best of Manchester, we had lunch at the quite-new Alabama's All-American Eatery - currently the highest rated restaurant in Manchester!

The place itself is very cool - it definitely looks and feels like an American diner! I have to admit, there weren't a lot of vegetarian options and I was reluctant to pay £7 for an omelette. My mac and cheese was a bit disappointing, but Phil enjoyed his banana pancakes! It's another one off my list of places to eat in Manchester though!

Finally, we had one more thing to cross off - the highest rated thing to do in Manchester - the John Rylands library. This is a little bit embarrassing, but I used to run down Deansgate on a weekly basis and never noticed this huge gothic building in the middle of the shops. I've heard amazing things but I'd never been inside. It's also free, so we had no excuse! 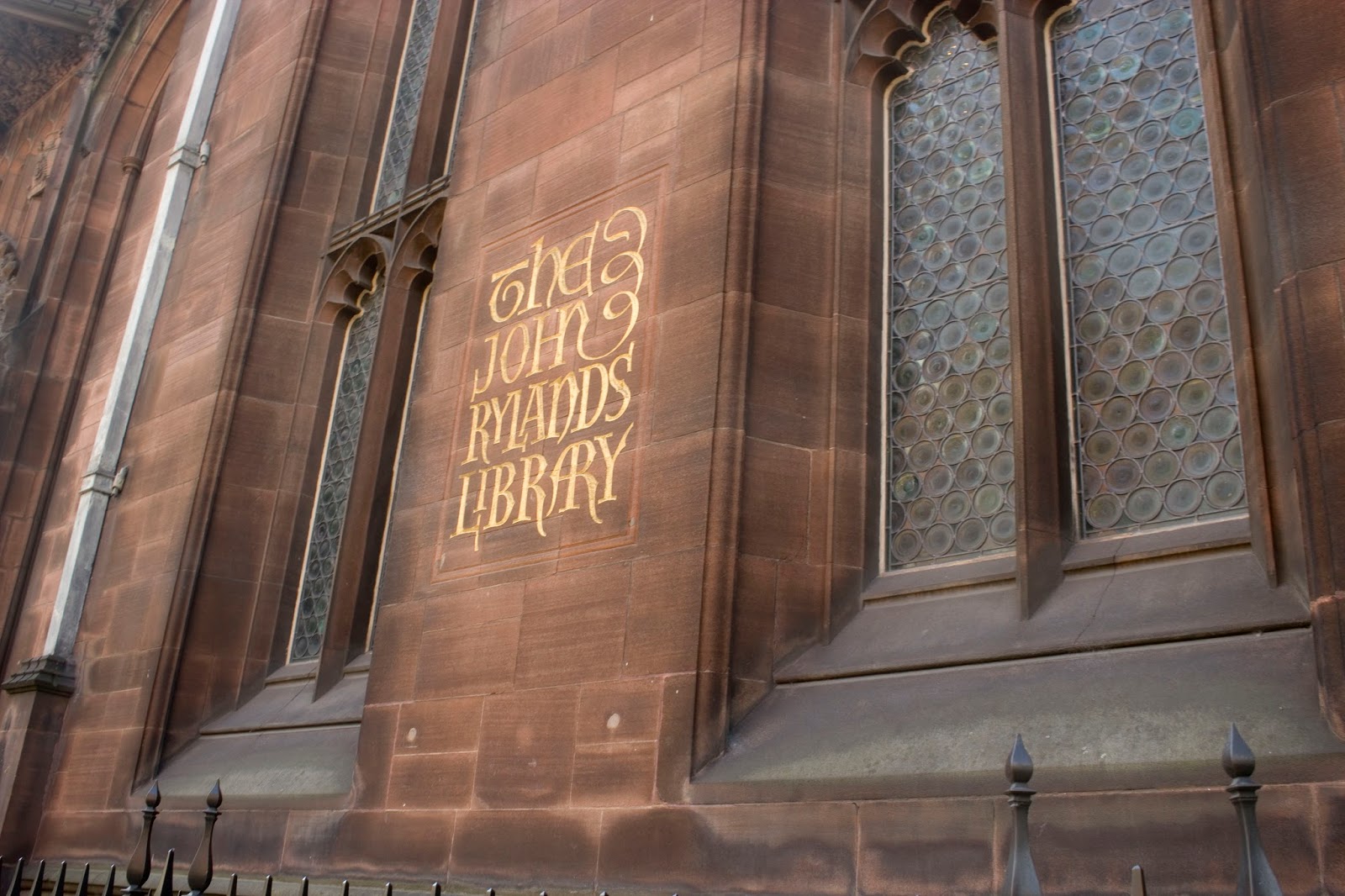 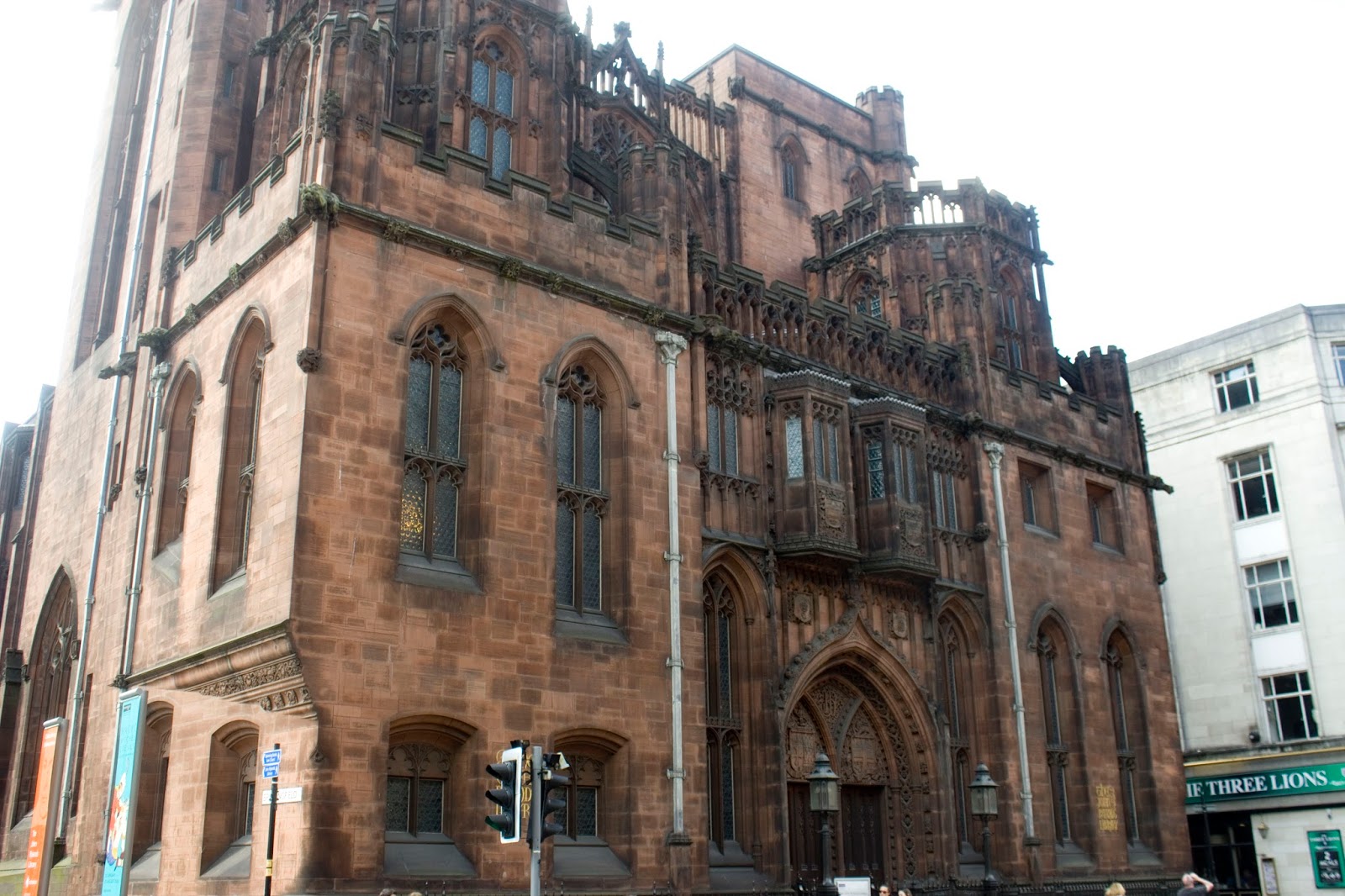 The building is absolutely incredible inside and out. It's a strange mix of an ultra-modern entranceway and an amazingly anachronistic interior. 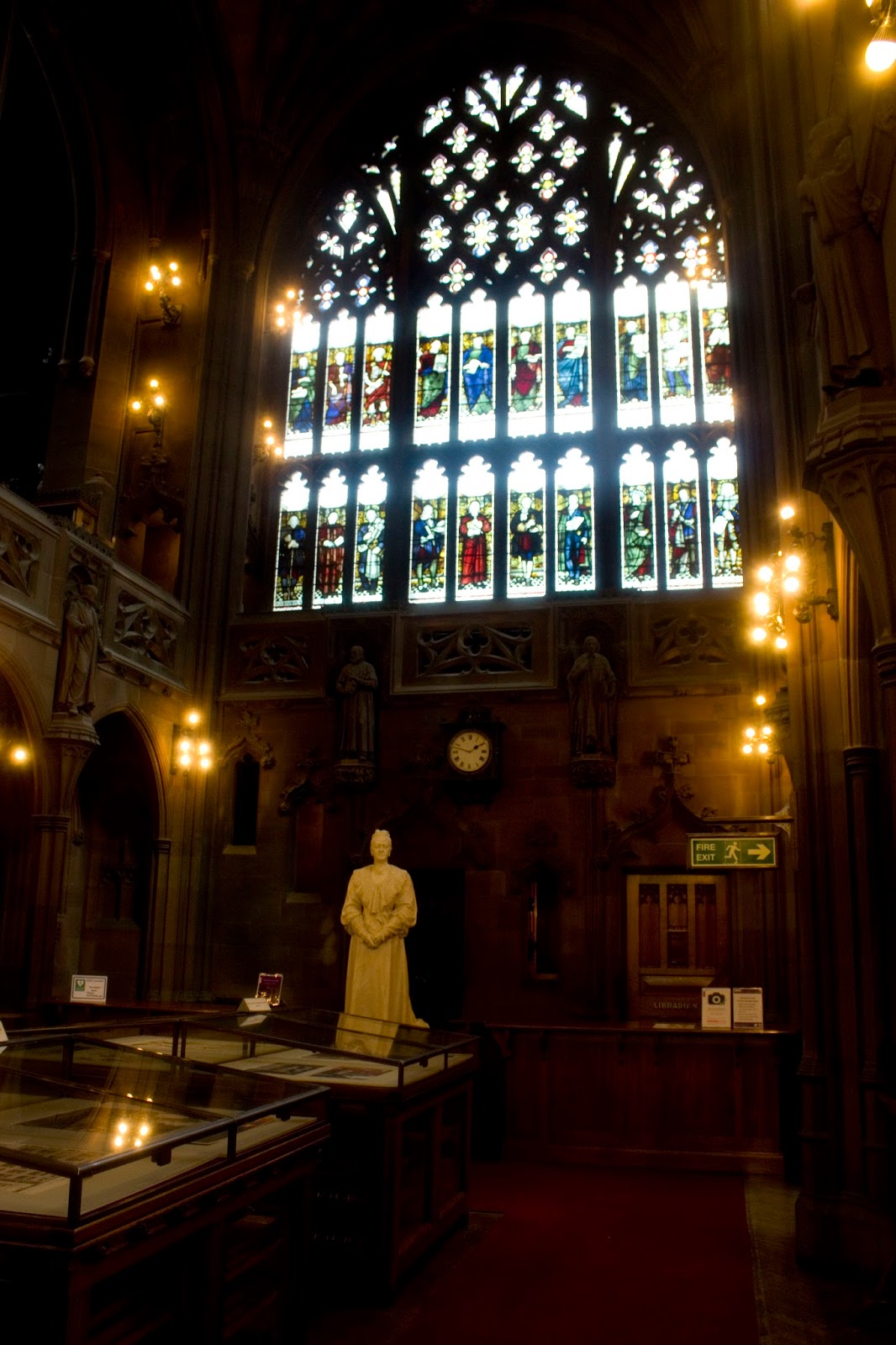 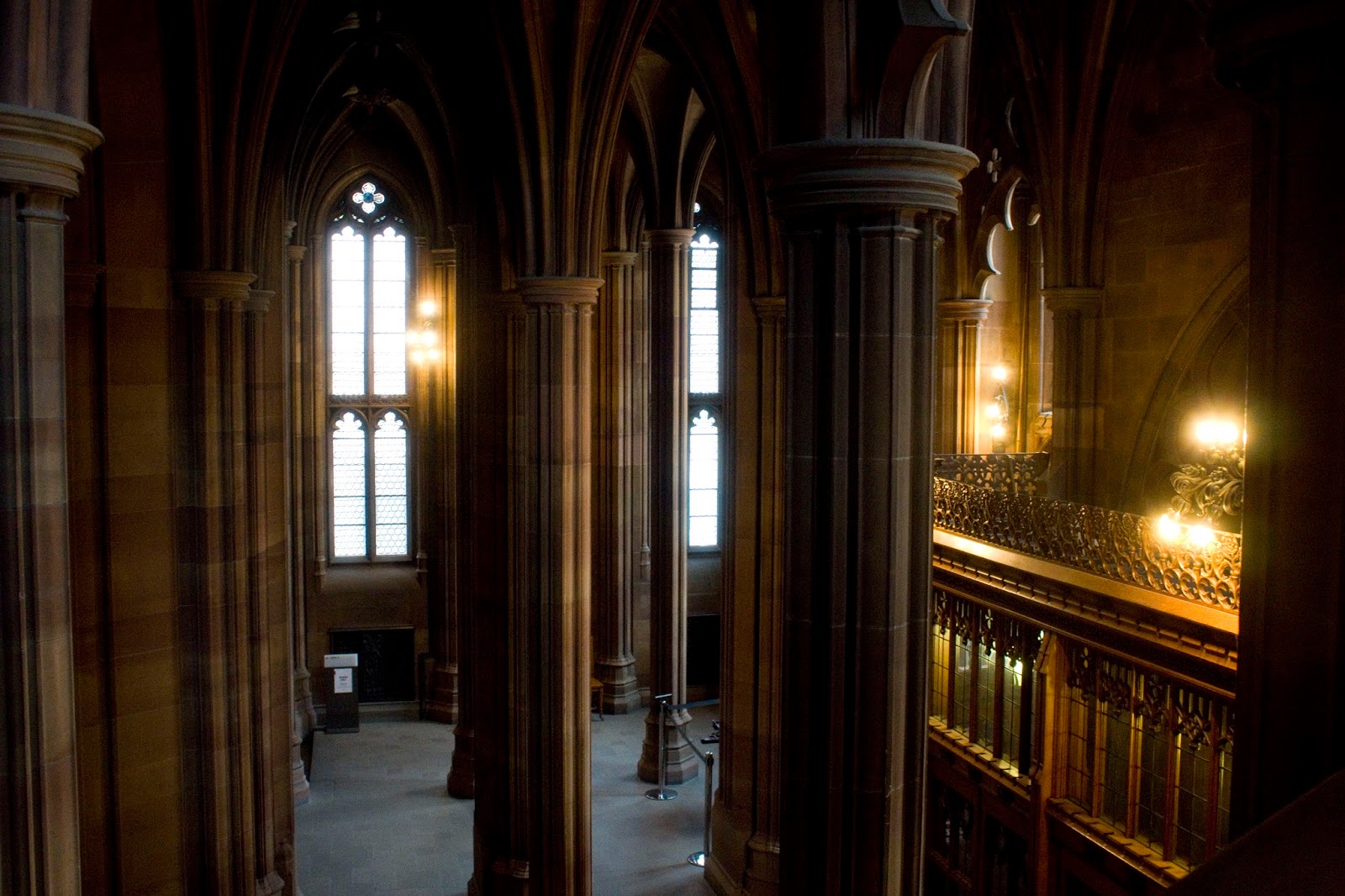 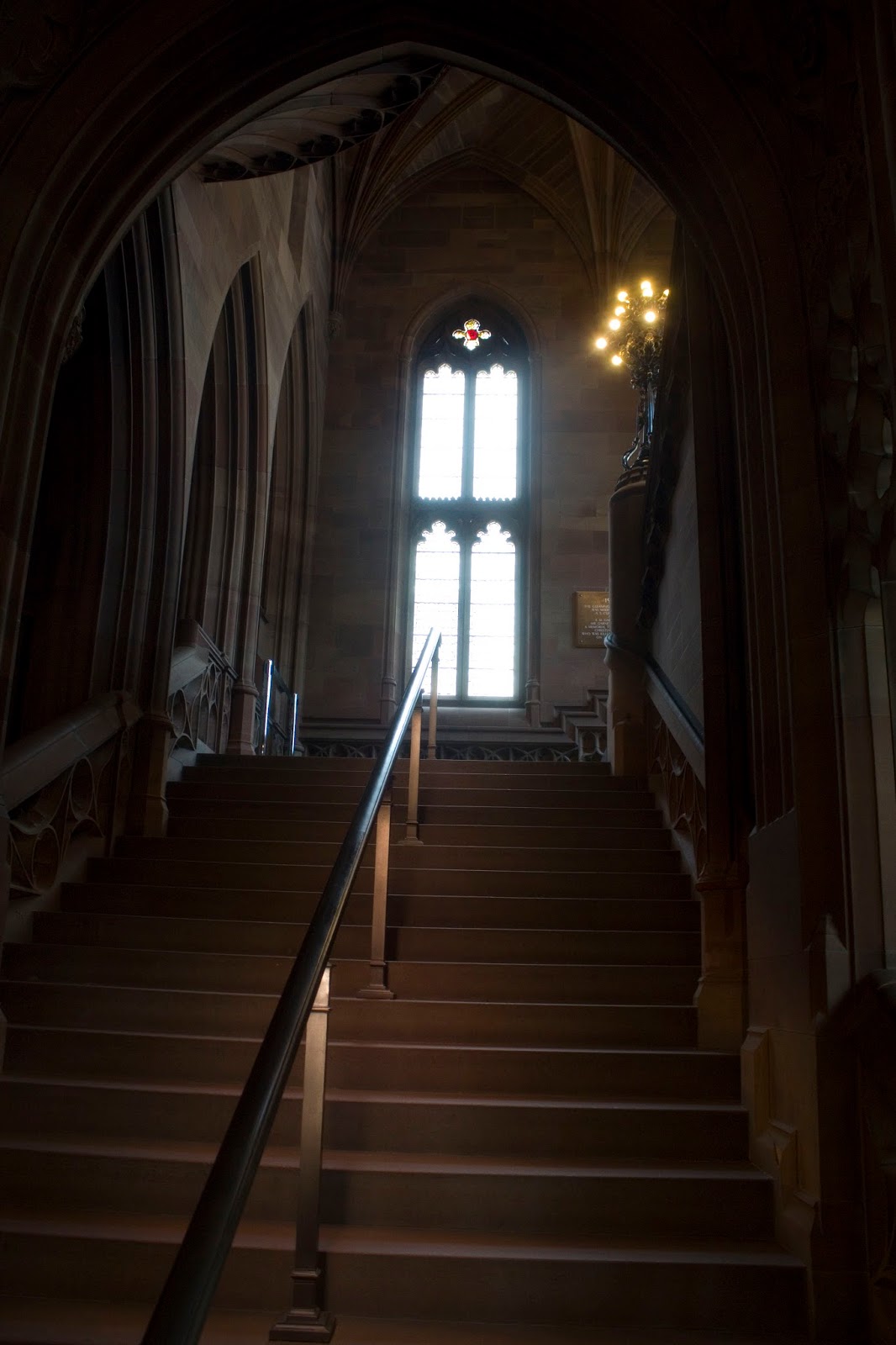 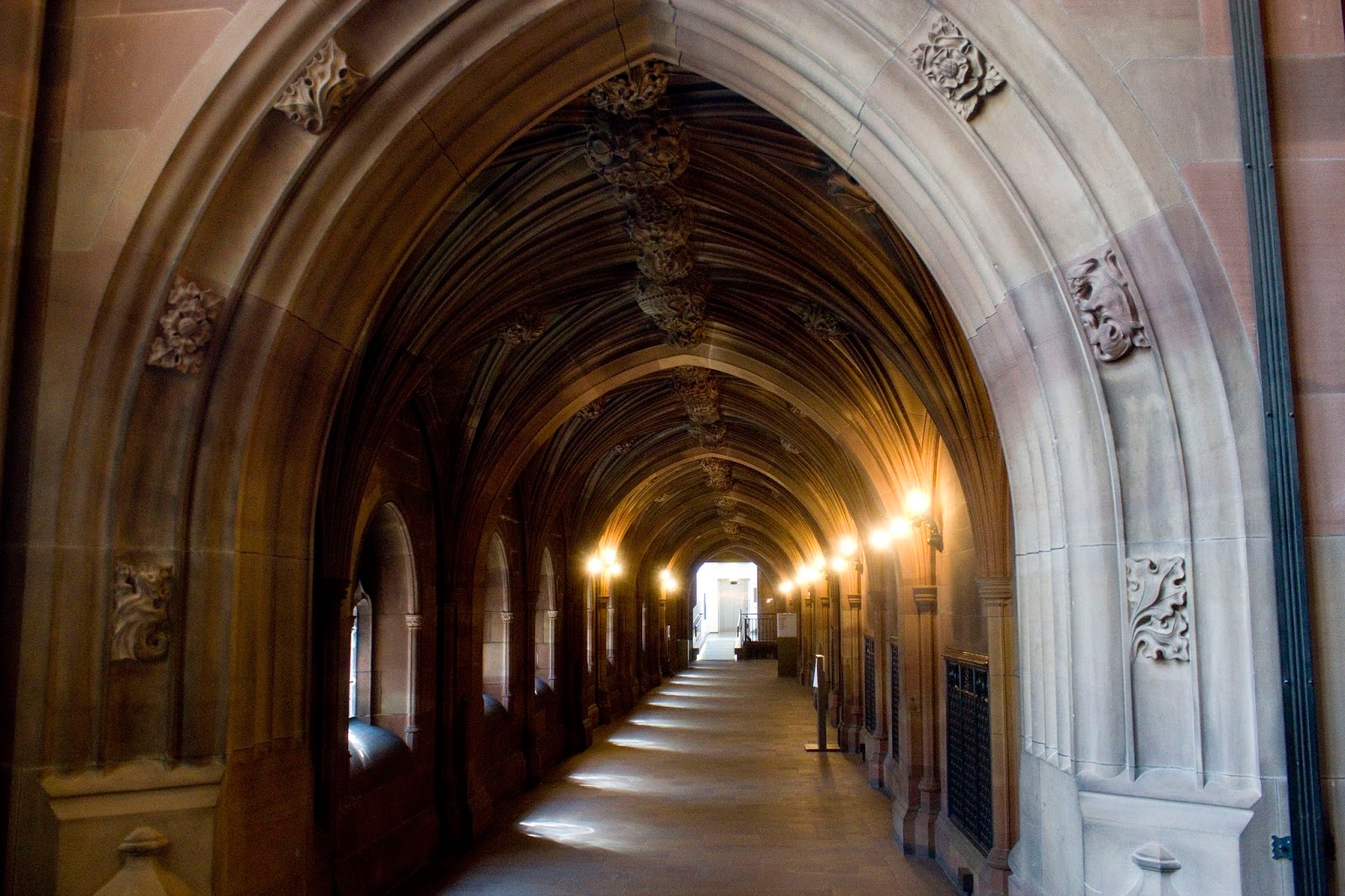 There are still loads of things I want to do before we move out to buy a house next year. I have a list of all the places I want to eat, museums I want to visit, experiences I want to have. There's just so much to do here. I could never be bored.