A Trip to Prague

After a manic few weeks (which still aren't over), Phil and I decided we really, really needed a break. We'd been trying to decide on a place to go for a city break and were struggling to find somewhere neither of us had been (I wanted to do Barcelona, Phil went last year. Amsterdam? I just came back. Bruges? Phil wrote his dissertation on it and went a few years ago. Paris? Too expensive) and somewhere we could do in a couple of days. We also only had a couple of dates we could do, and found flights to our first choice, Budapest, had gotten too dear, so we decided upon Prague. Phil had actually been before years ago, but for a lads holiday, so we decided seeing as this trip was going to be a world away from booze and bars, we'd take a trip there.

We arrived on Monday night, to a gorgeous sunset over Prague castle, to our perfectly-located hotel just a minute's walk from the Charles bridge, and had an explore. We grabbed a quick meal (ahem, a kebab and a "fried cheese" burger- I had to try it!) before heading to bed for a busy day Tuesday. #nofilter
Day One
Whenever I go to a new city, I insist on doing a New Europe walking tour on the first day. The tours are always excellent, they're free (except for a tip of course!) and I always find them to be a great way to experience a new city. So of course, bright and early on Tuesday morning (after our hotel continental breakfast) we headed into Old Town Square to meet the tour. 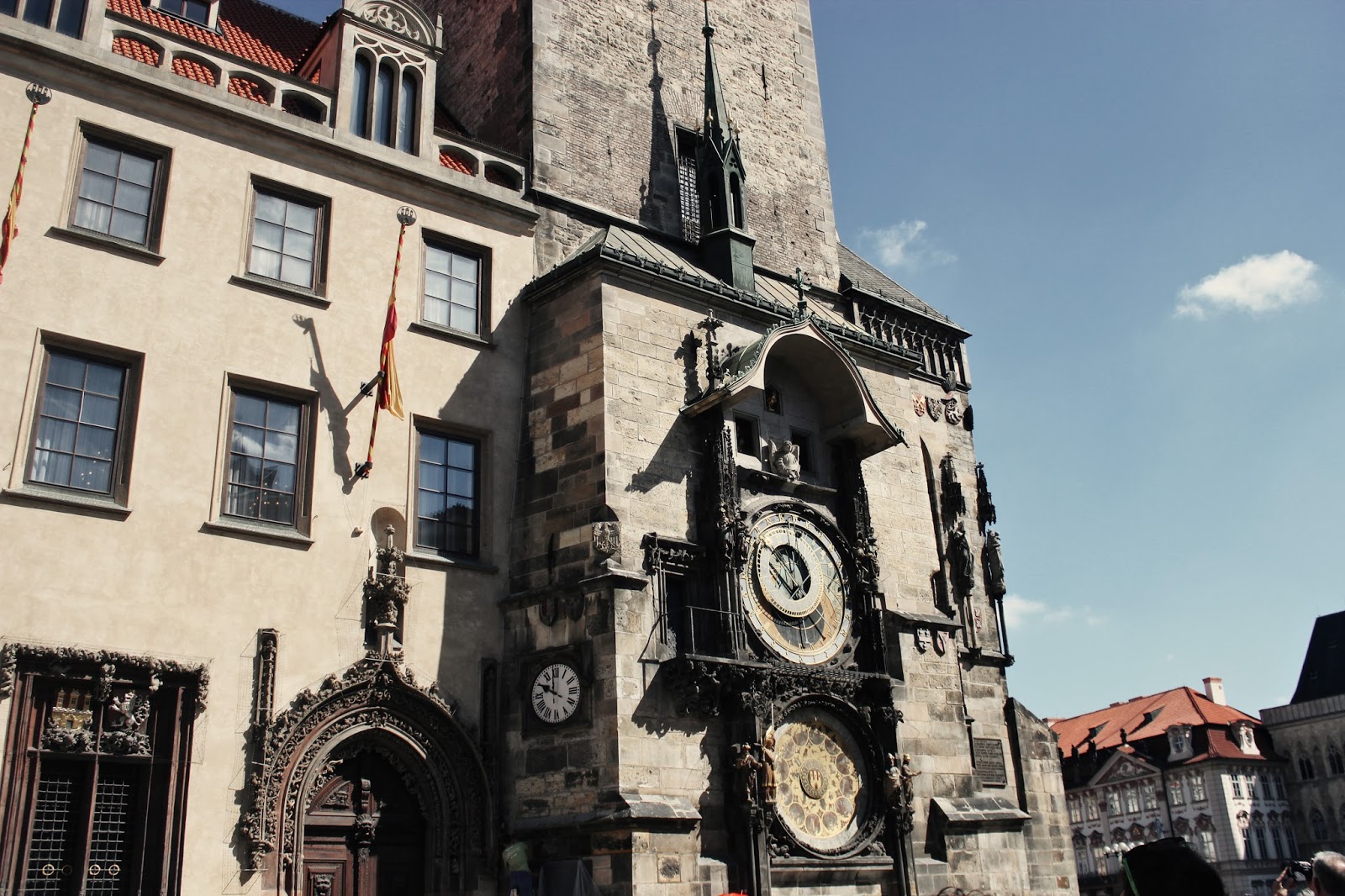 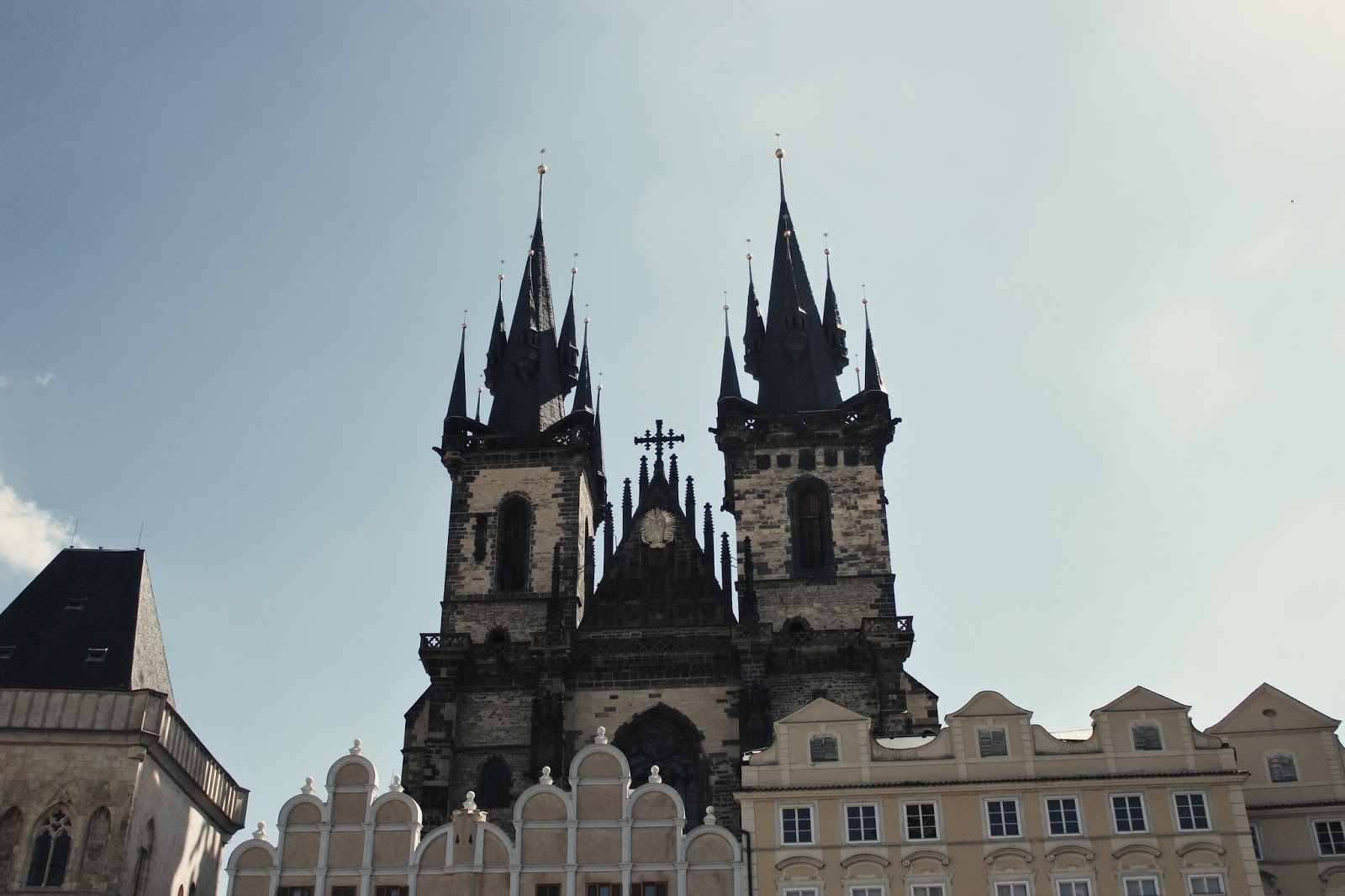 Old Town Square
The tour was 3 hours and took us through most of the main sights of Prague- the Old Town, New Town, and Jewish Quarters. Prague is a fascinating city, particularly for architecture and history and it's just incredible beautiful. At the lunch break of the tour (where I had lentil soup in a bread bowl and Phil had goulash), we bought tickets for the afternoon tour of Prague castle. 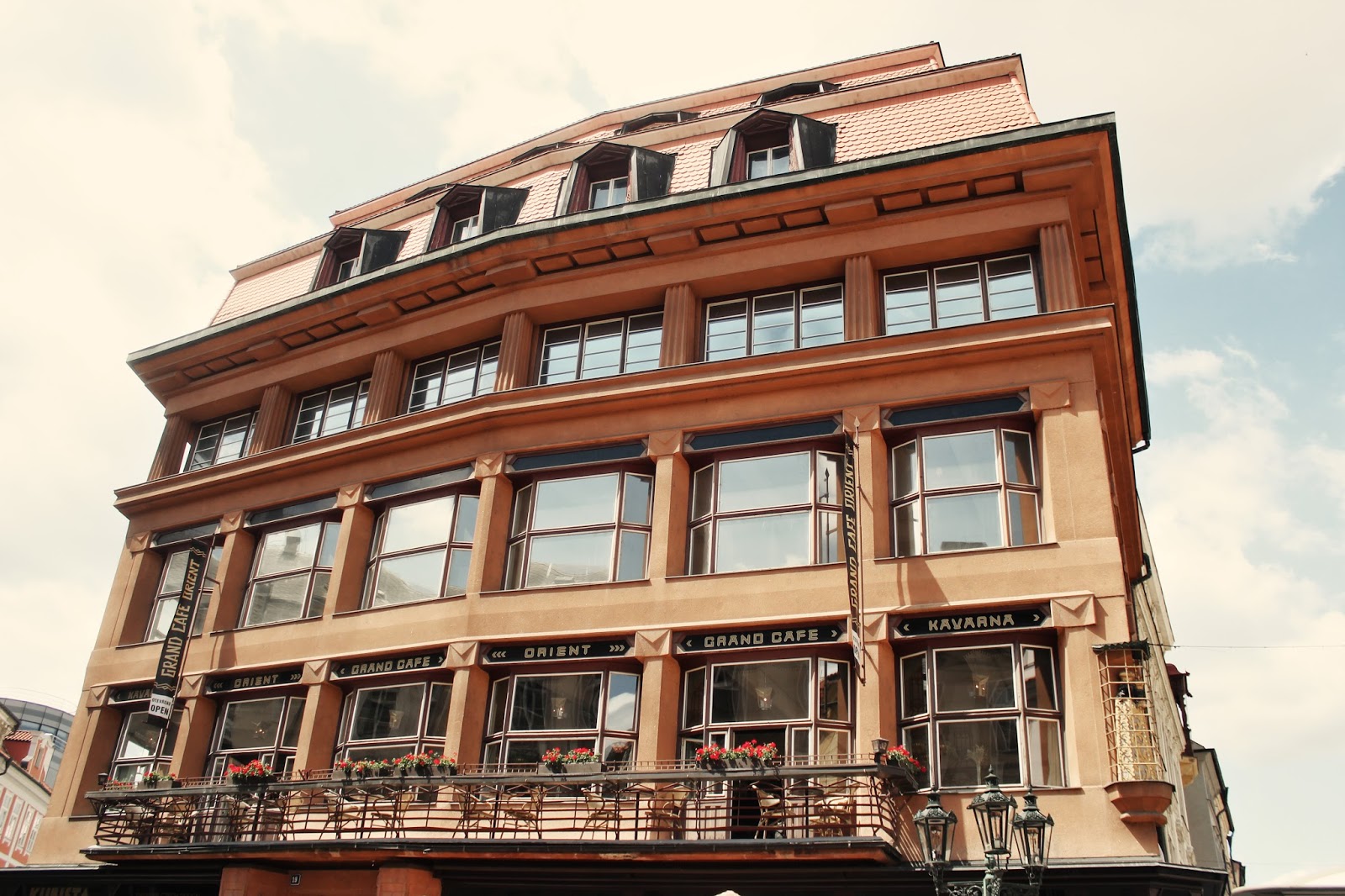 The architecture in Prague is incredible. This is the world's only cubist cafe. 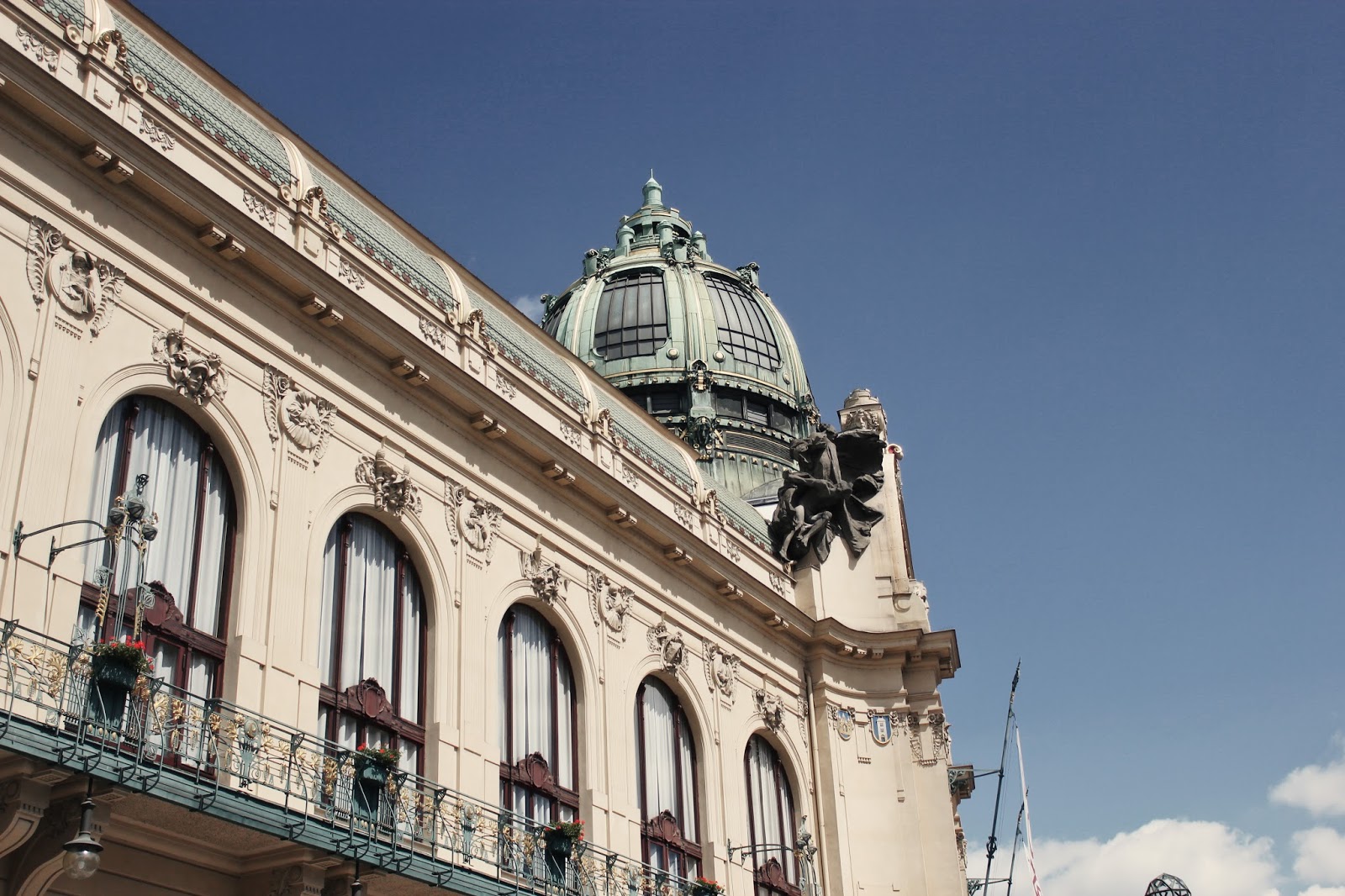 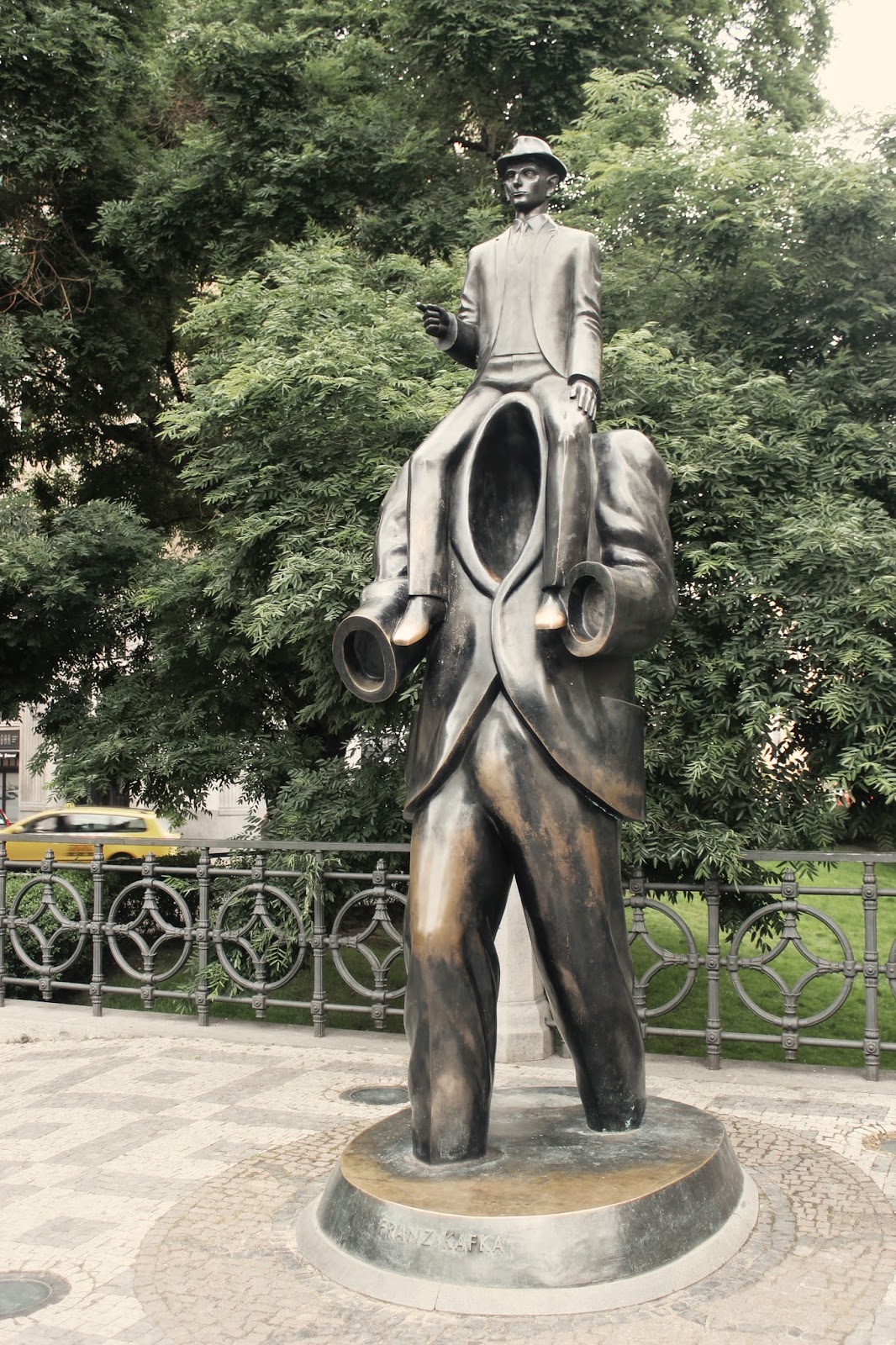 Statue of Kafka in the Jewish Quarter
After our first tour we stopped for an ice cream and people watched until our tour of the castle at 2.30pm. This tour was a paid tour, but was again 3 hours. By the end of both tours and a stroll across the Charles Bridge (after a dinner of cocktails and mexican food) we felt as though we had done all of Prague in one day! 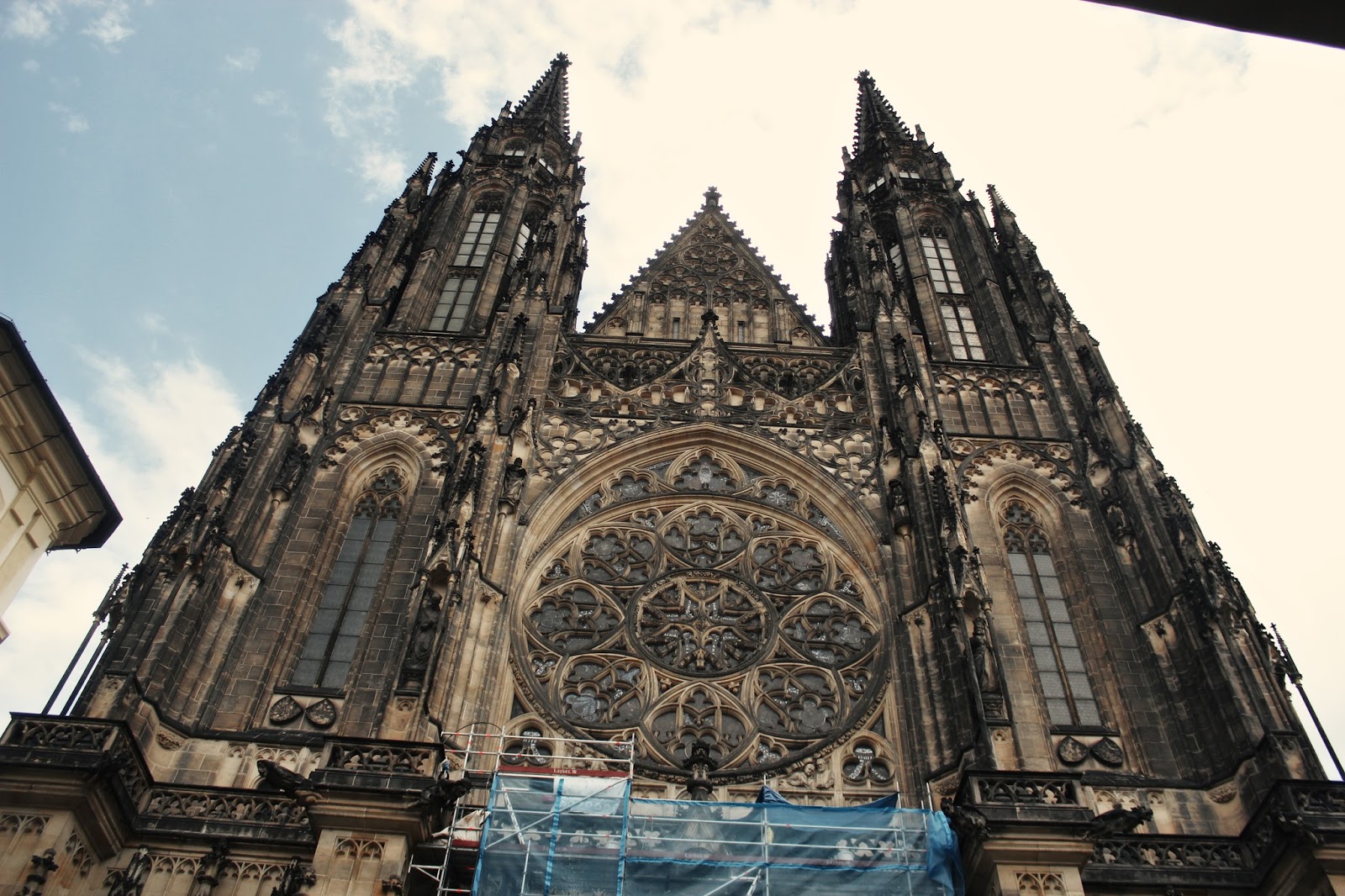 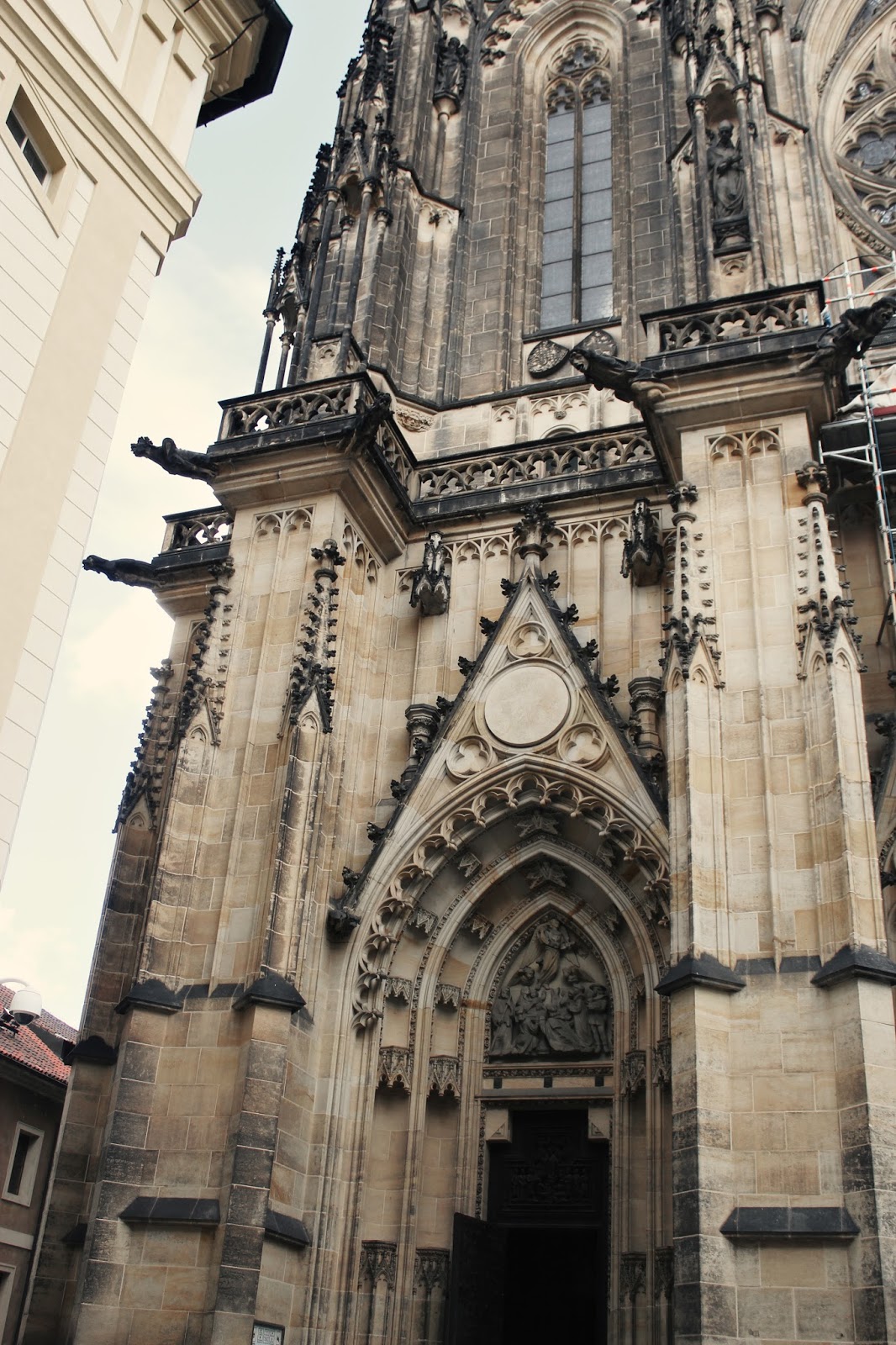 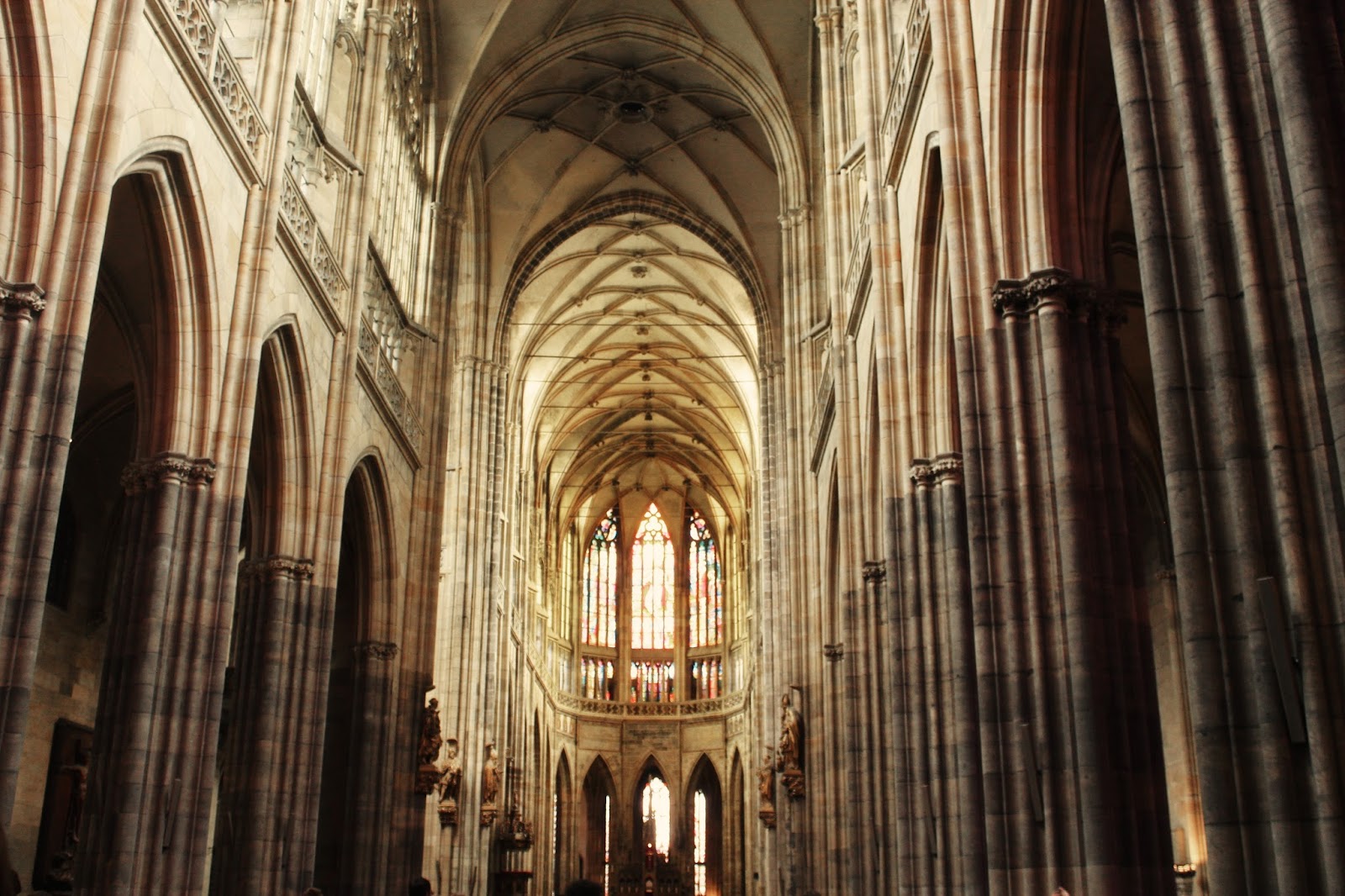 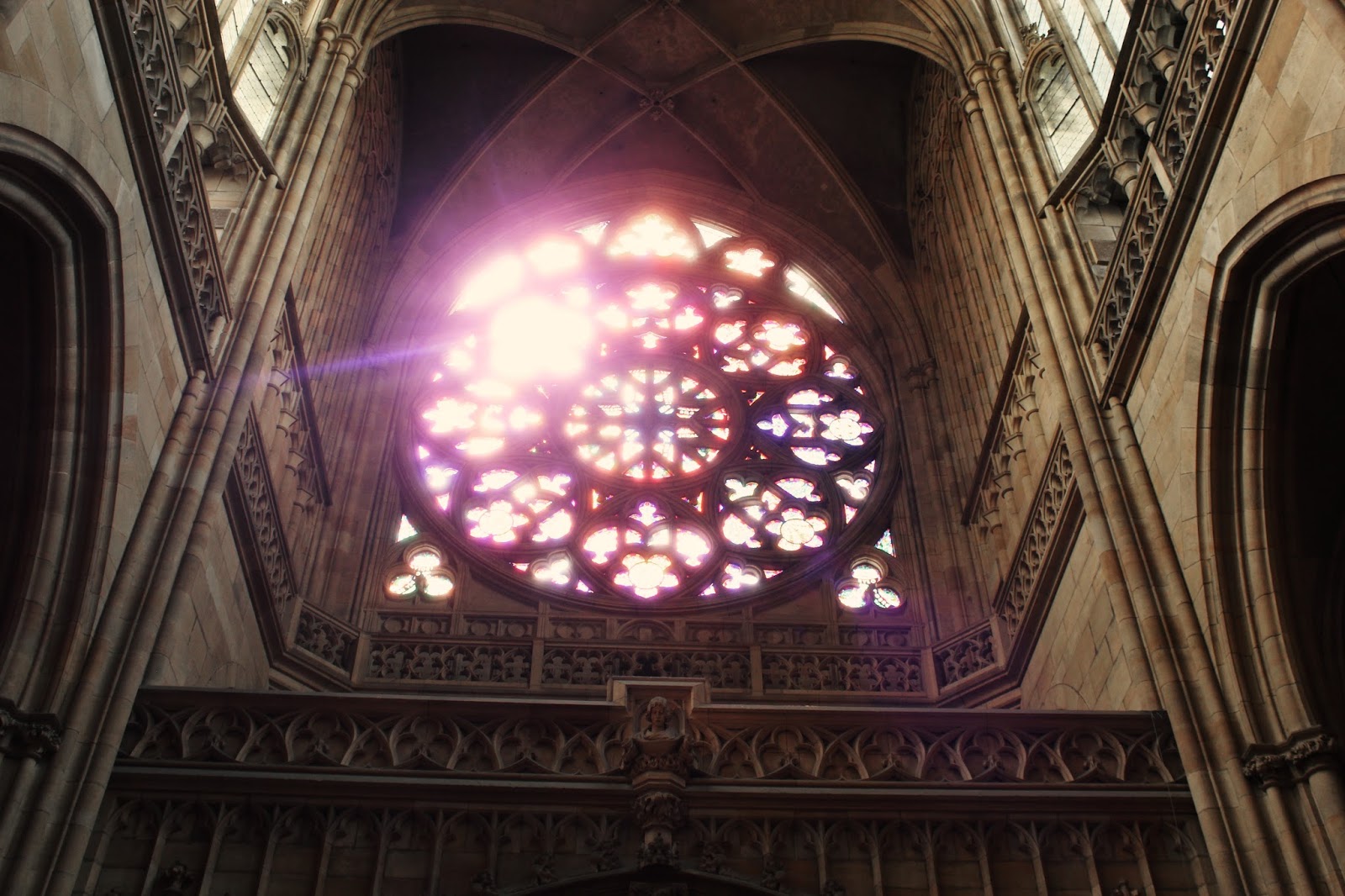 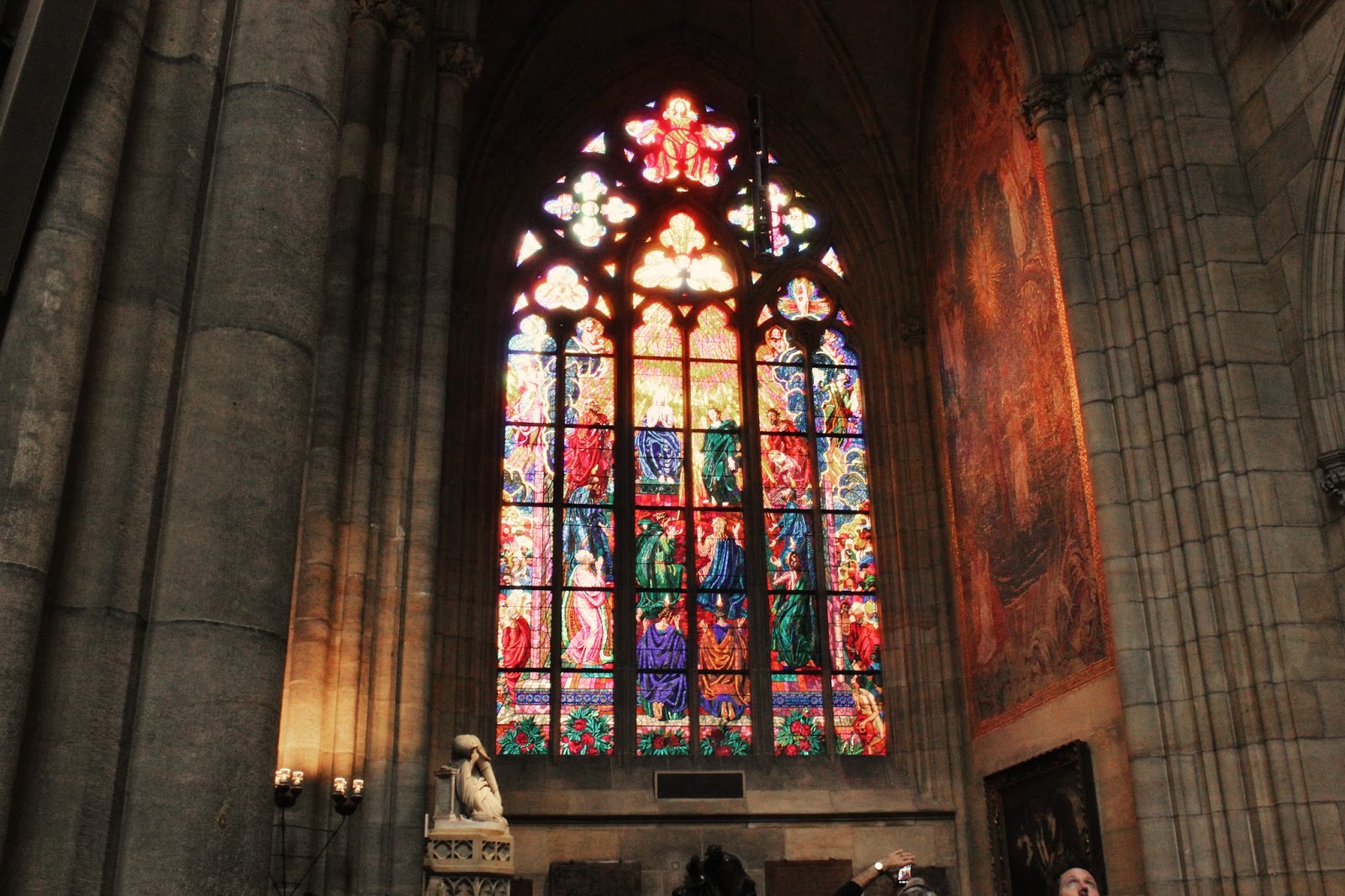 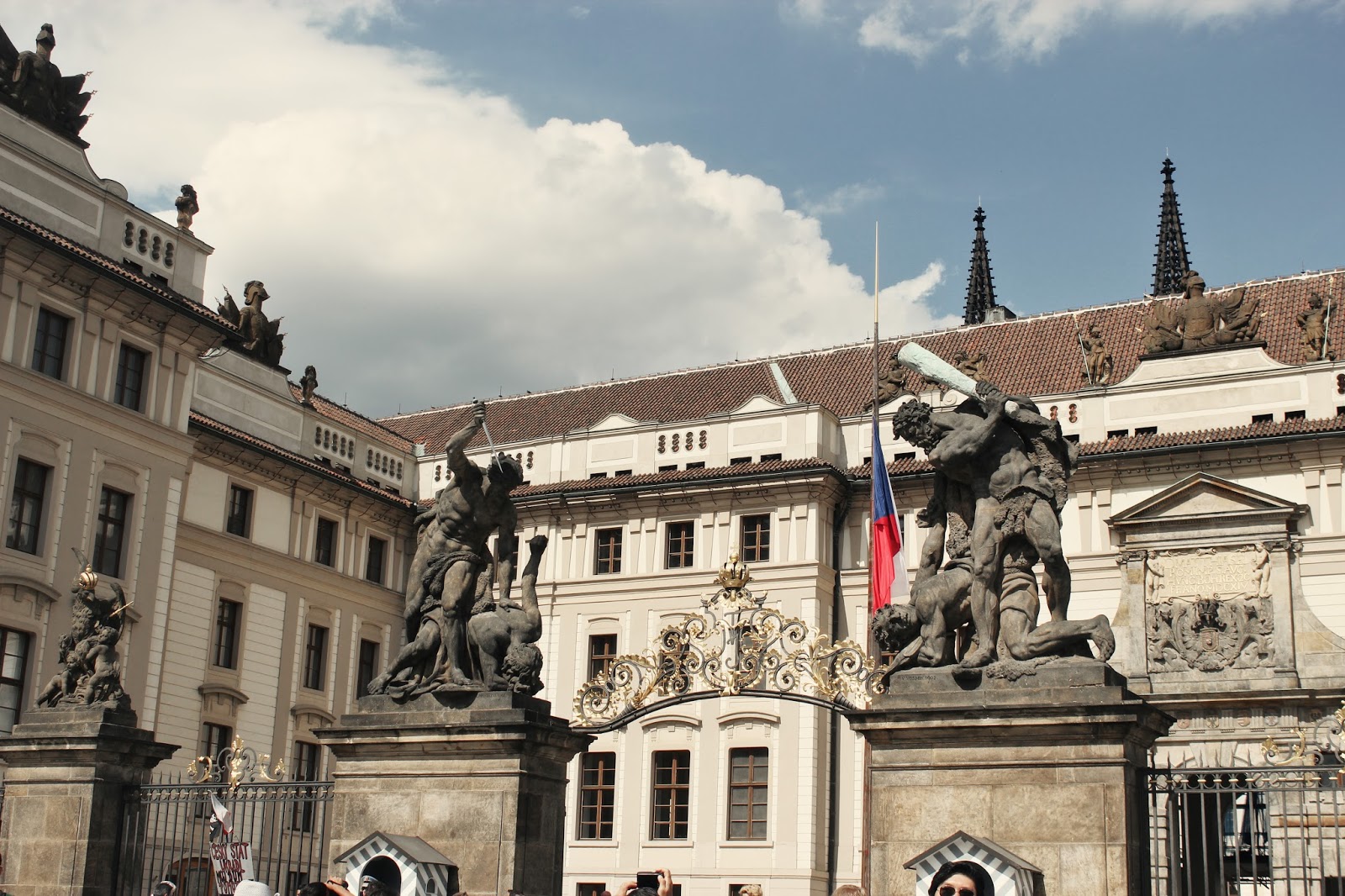 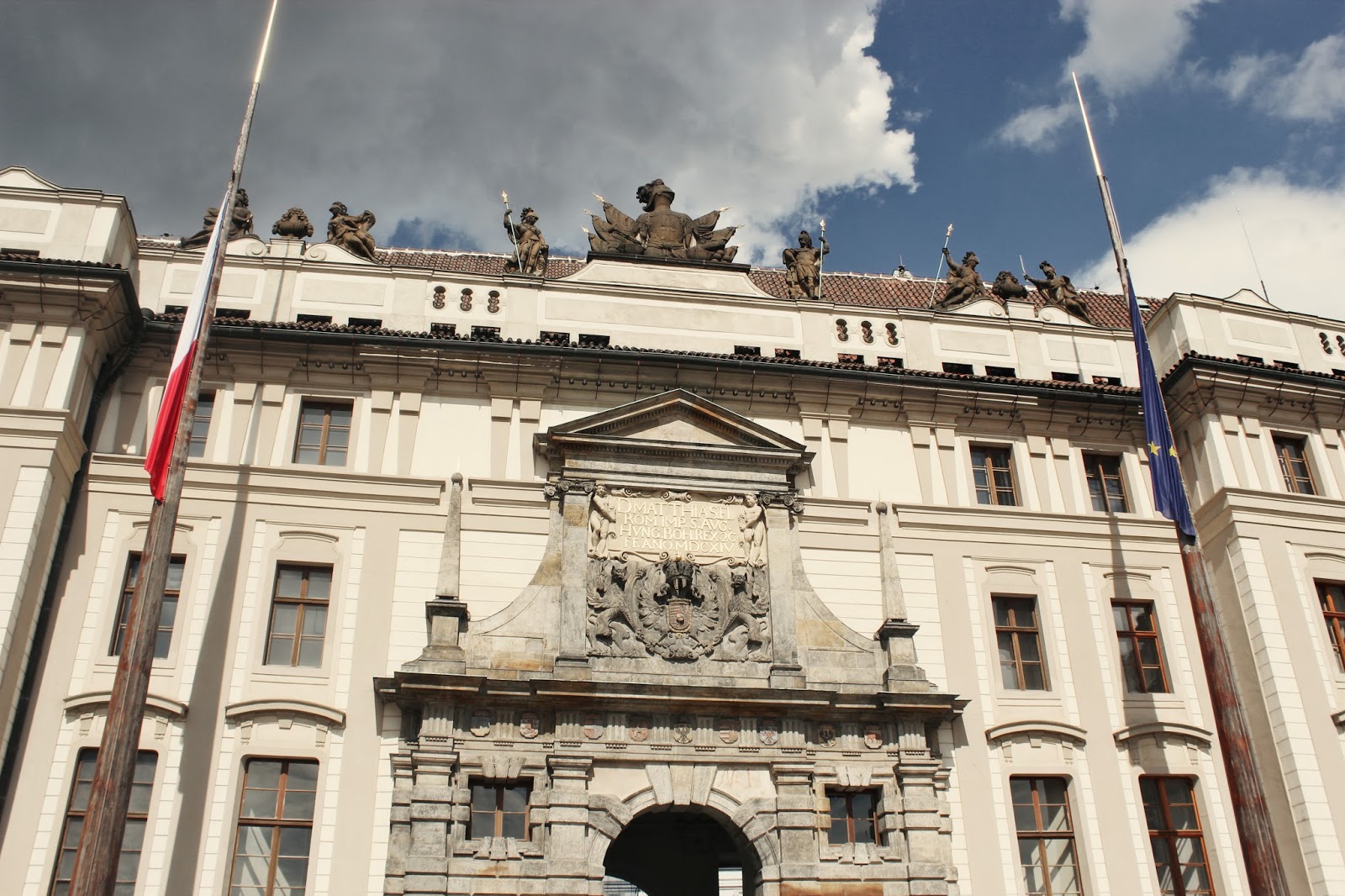 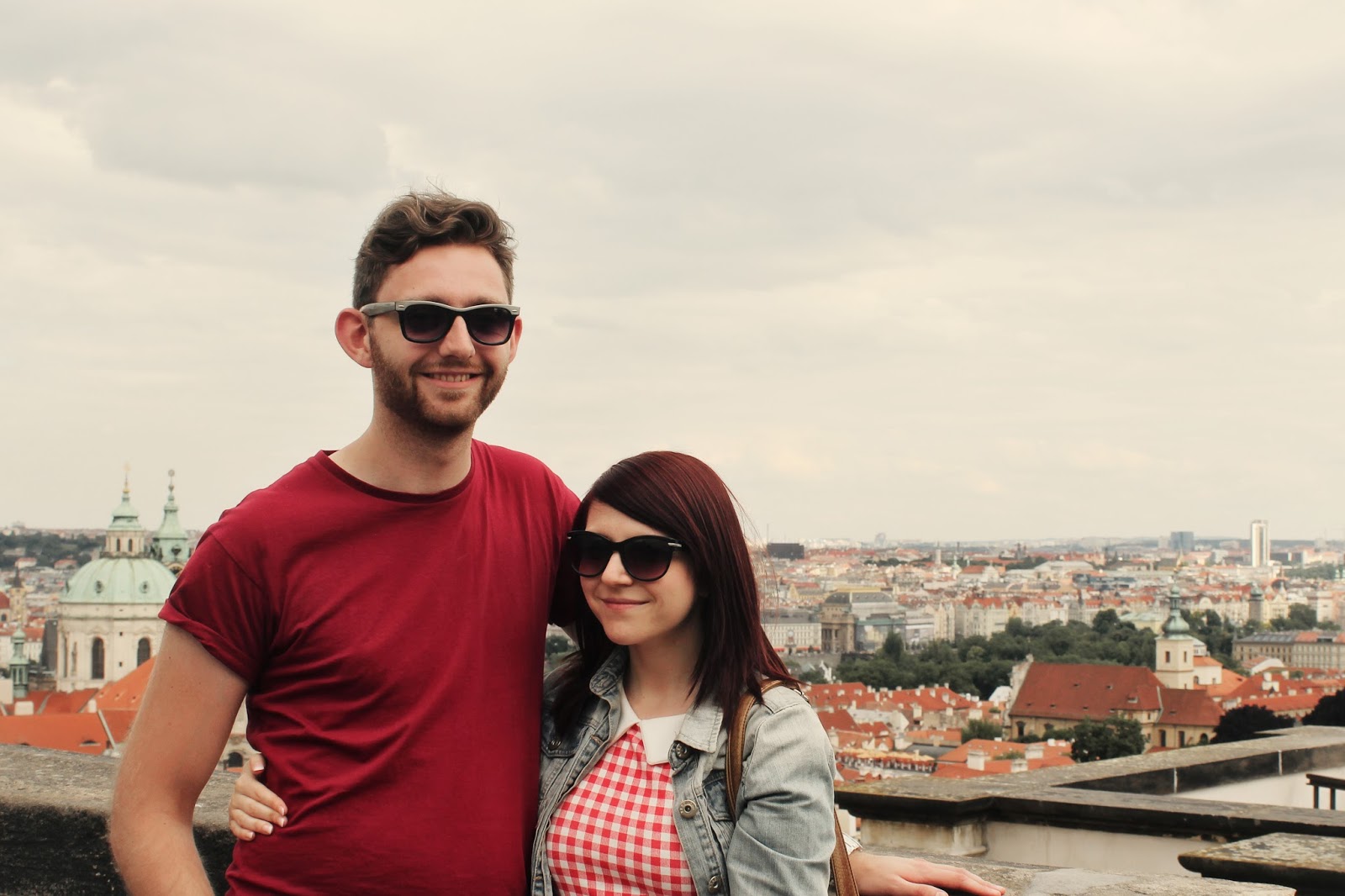 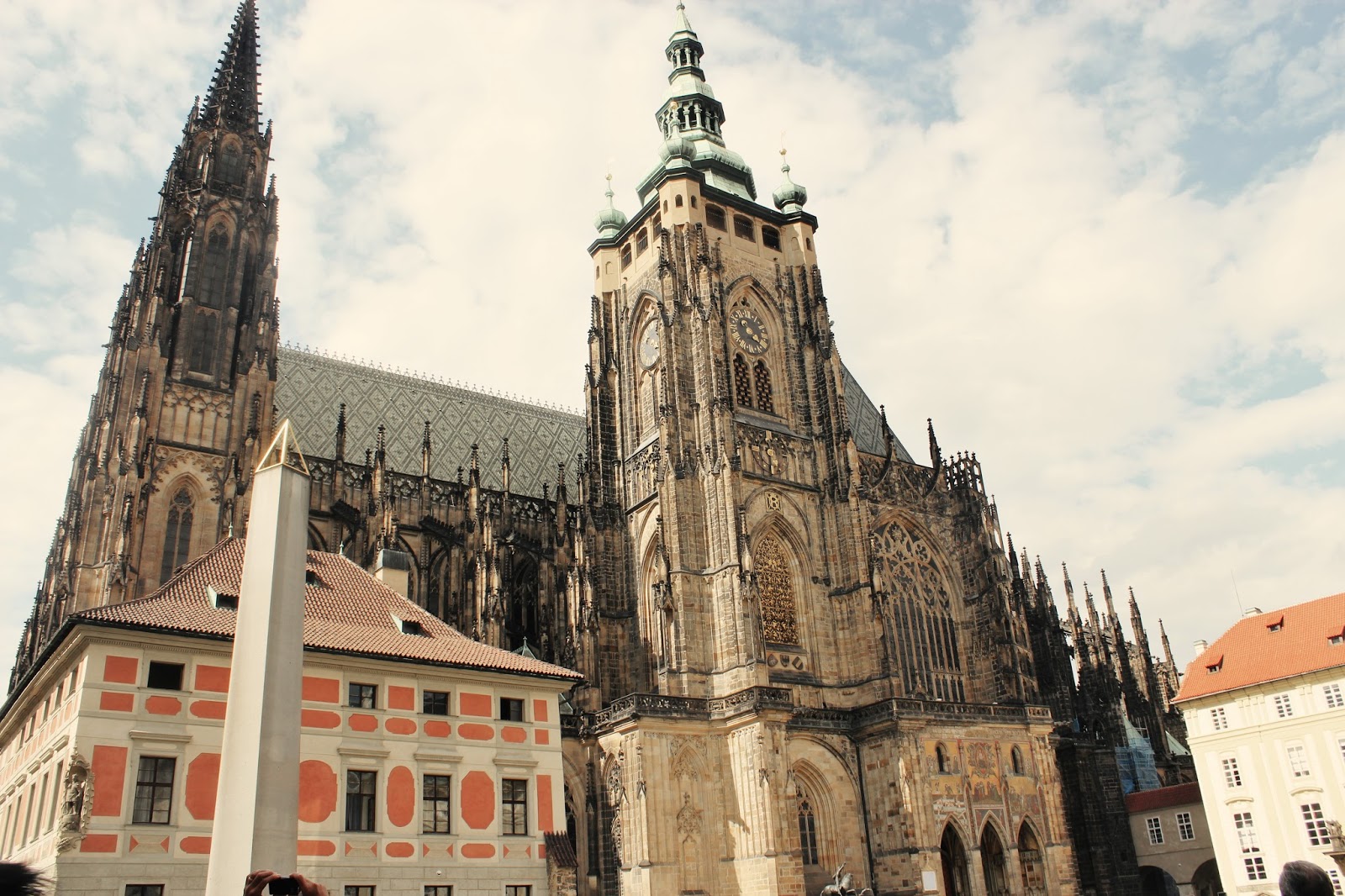 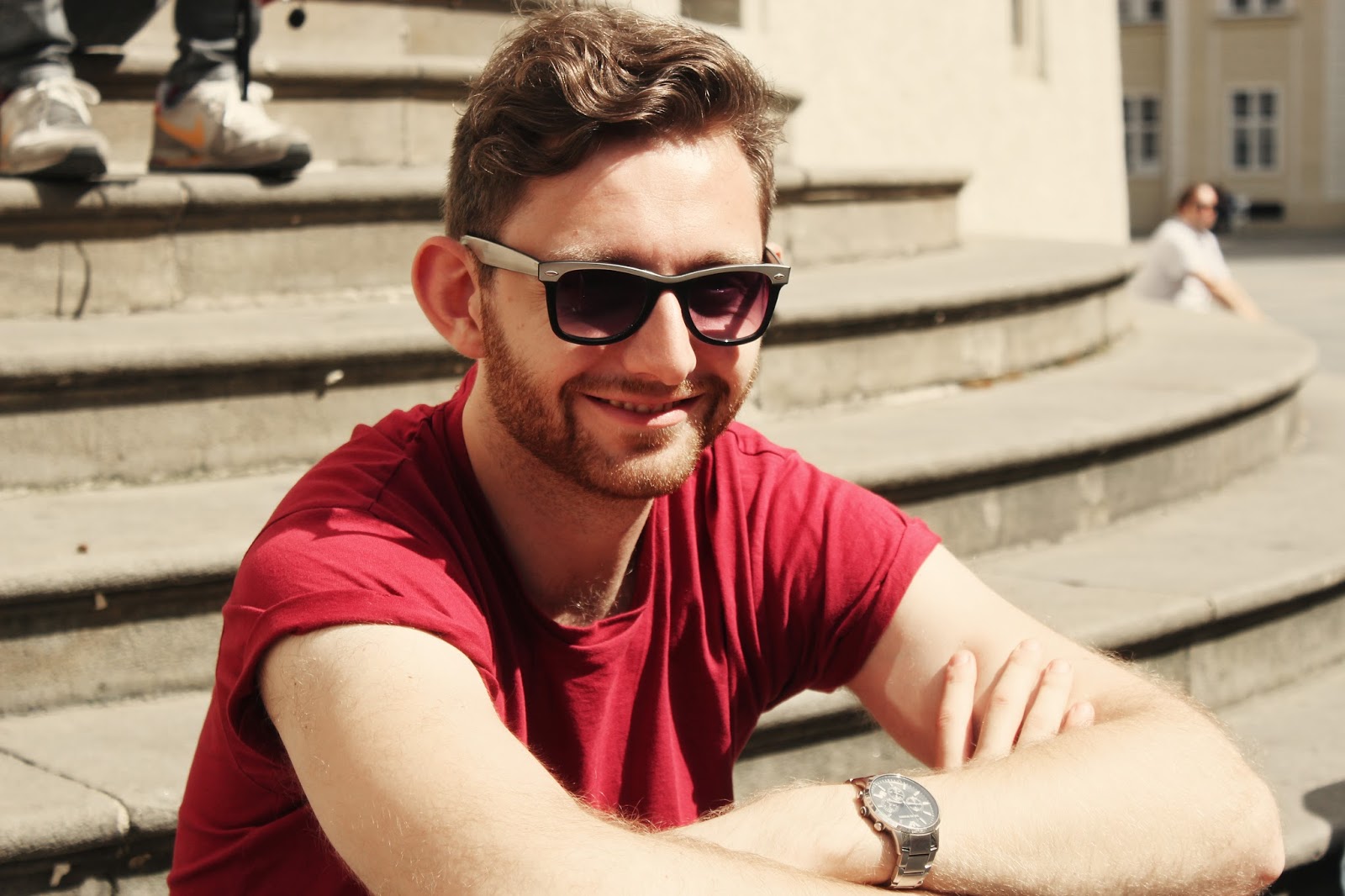 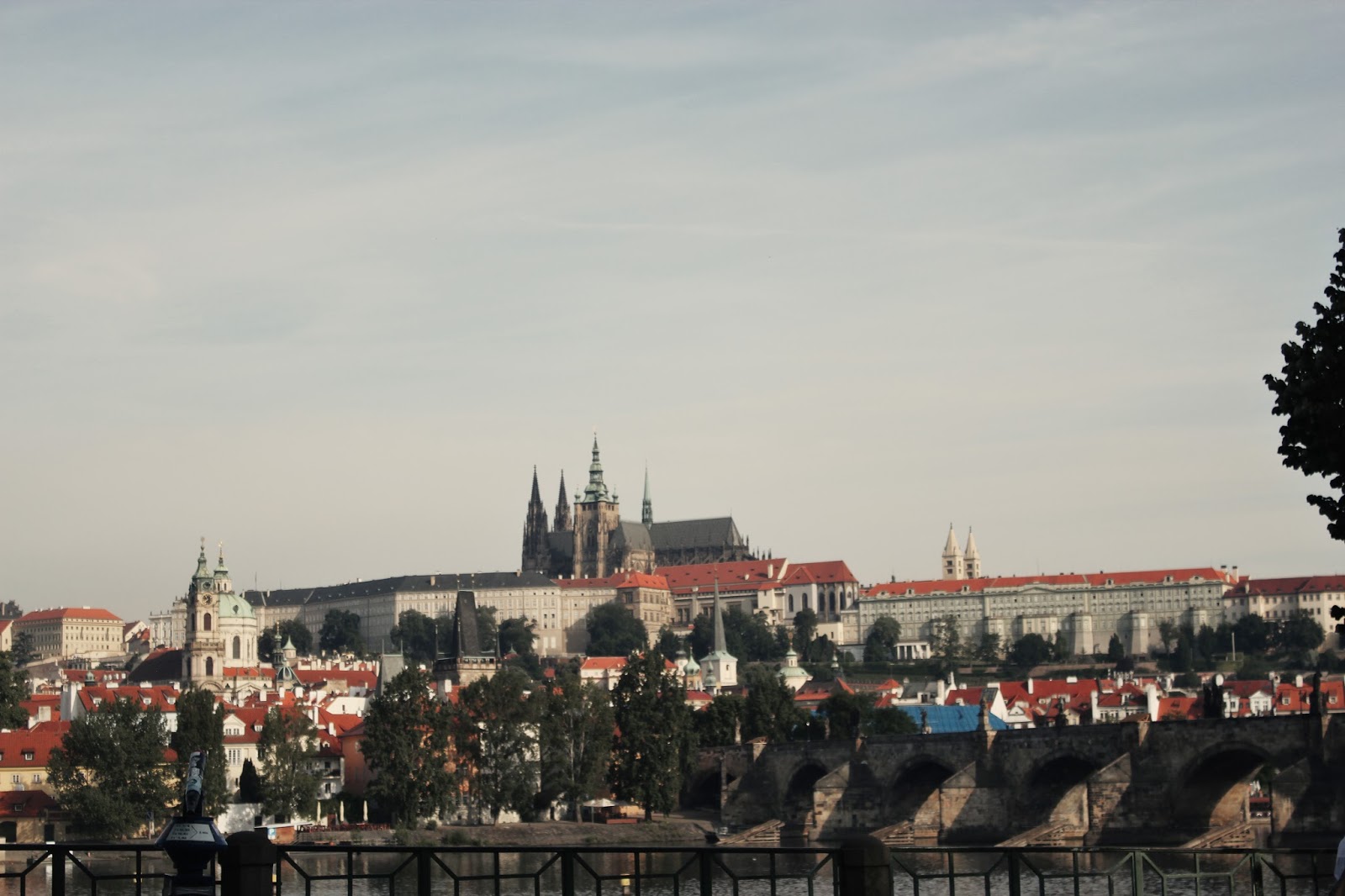 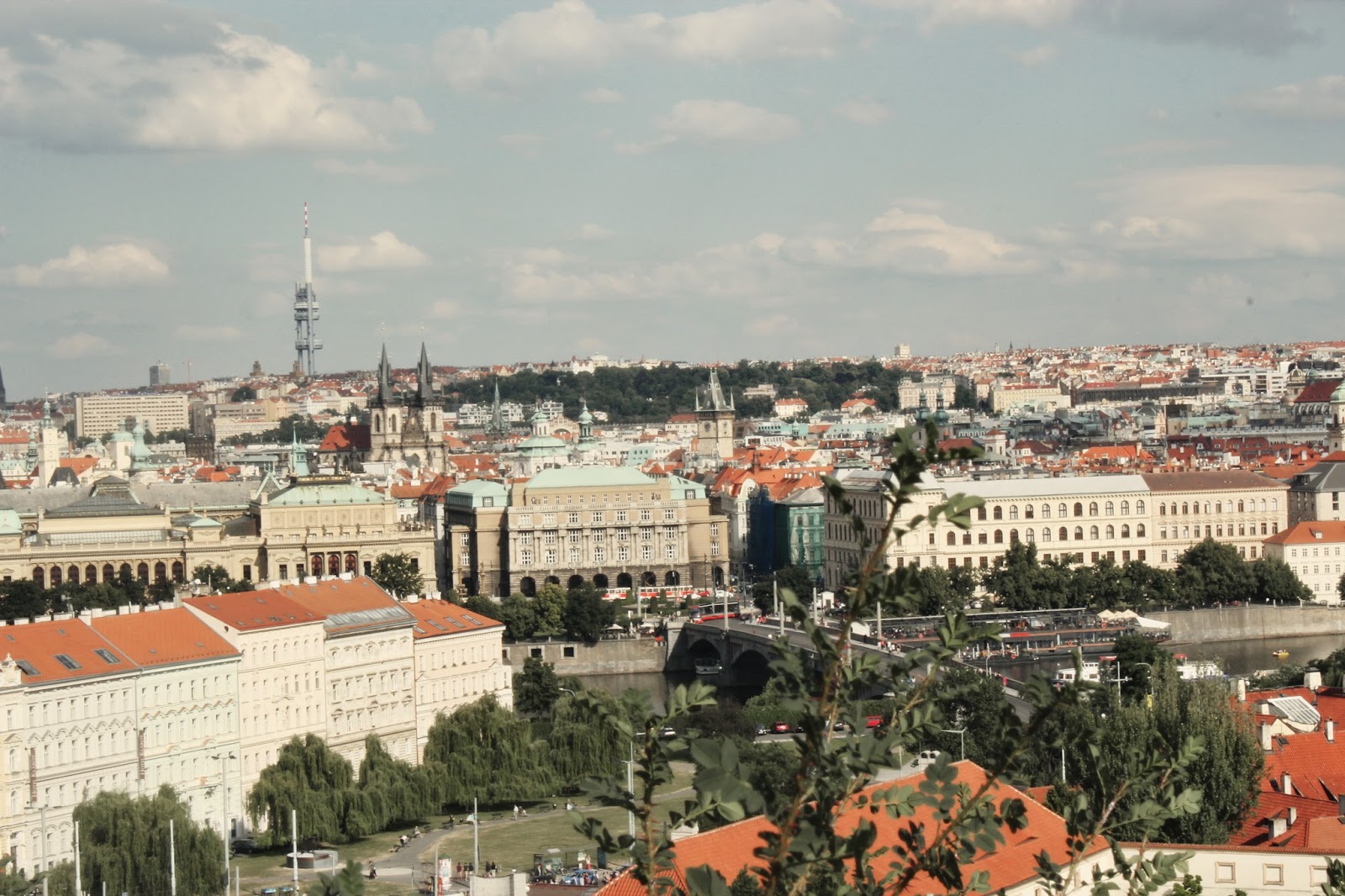 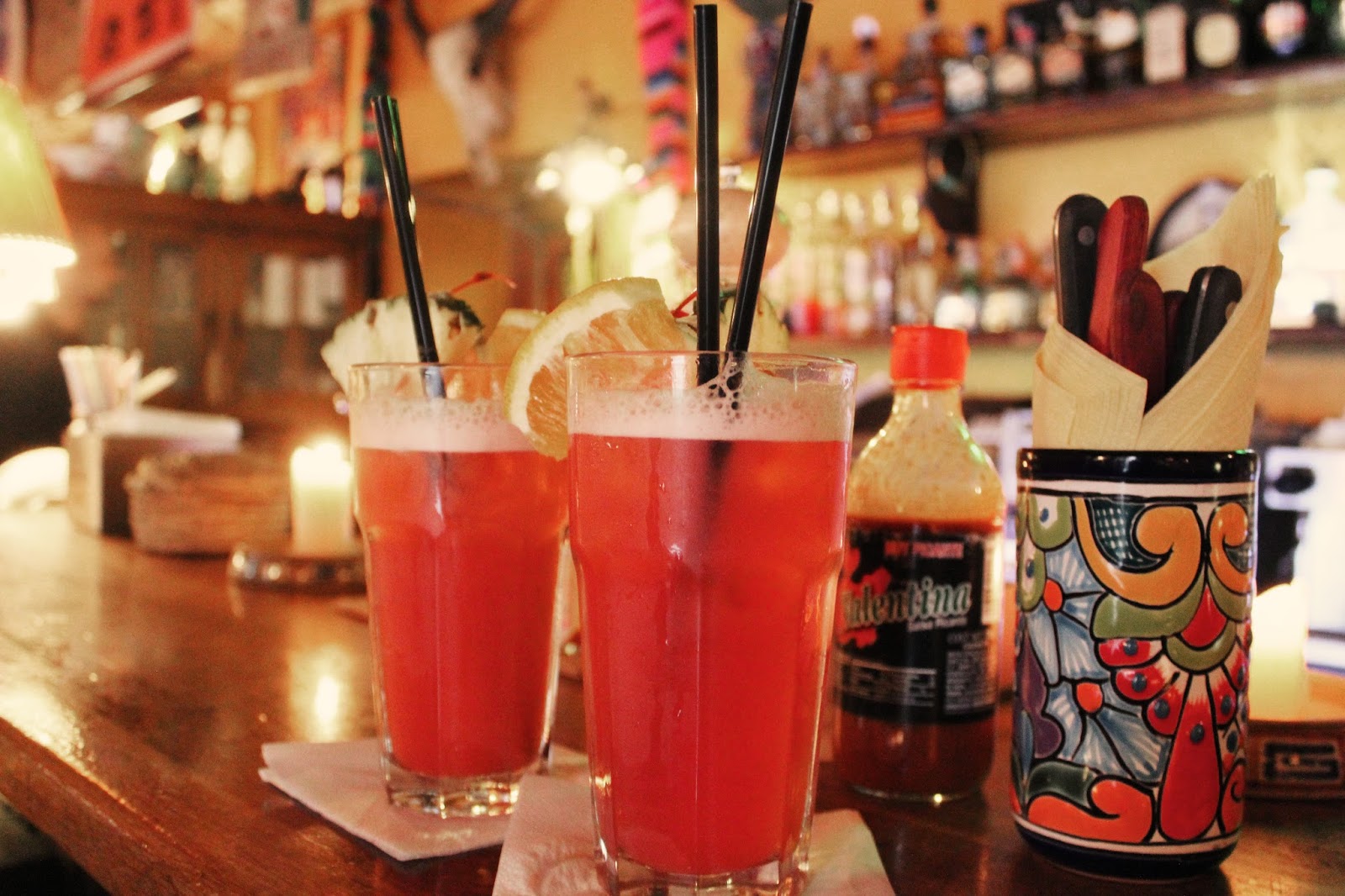 Day Two
Day two was quite drizzly, so we spent the morning exploring the city before the heavens opened and even our Primark pack-a-macs couldn't help us, so we spent most of the day mooching around Prague's retail delights. We also took a trip across the bridge so Phil could make a pilgrimage to the hotel he'd stayed at with his mates, and the restuarant where they had dinner every. single. night. In the evening though, we had booked to do the Prague Ghost Tour, so at 9.30pm we headed back to Old Town Square to meet Peter, our guide, who was dressed up in Victorian clothes and a Phantom-of-the-Opera-esque mask. As it turned out the other couple Peter was expecting didn't show up, so we got our own private tour! The Ghost Tour was awesome. It was so different seeing the city at night, and Peter was an incredible story teller. I was actually really scared a couple of times! If you're ever in Prague, I couldn't recommend this tour more. It's both fascinating and fun, and was a great addition to the New Prague tour we had done the day before.

Day Three
Thursday was our last day as we were heading home early Friday morning and initially we weren't sure what we wanted to do. However, on our ghost tour, Peter told us about an Alchemy Museum that was worth a visit. Prague flooded in 2002 and afterwards they found a tunnel going under the river leading from the castle to the basement a small building on the other side. It turned out that it was an underground laboratory where alchemists tried to create the philosopher's stone, and potions for love, eternal youth and the elixir of life. We were definitely intrigued! Again, we somehow ended up with our own personal tour again, and exploring the underground rooms was fascinating. They even had a bottle that they estimated to contain the original elixir of life which had been made in those laboratories, and it was hundreds of years old. The tour was excellent, with a great history of alchemy in the city. 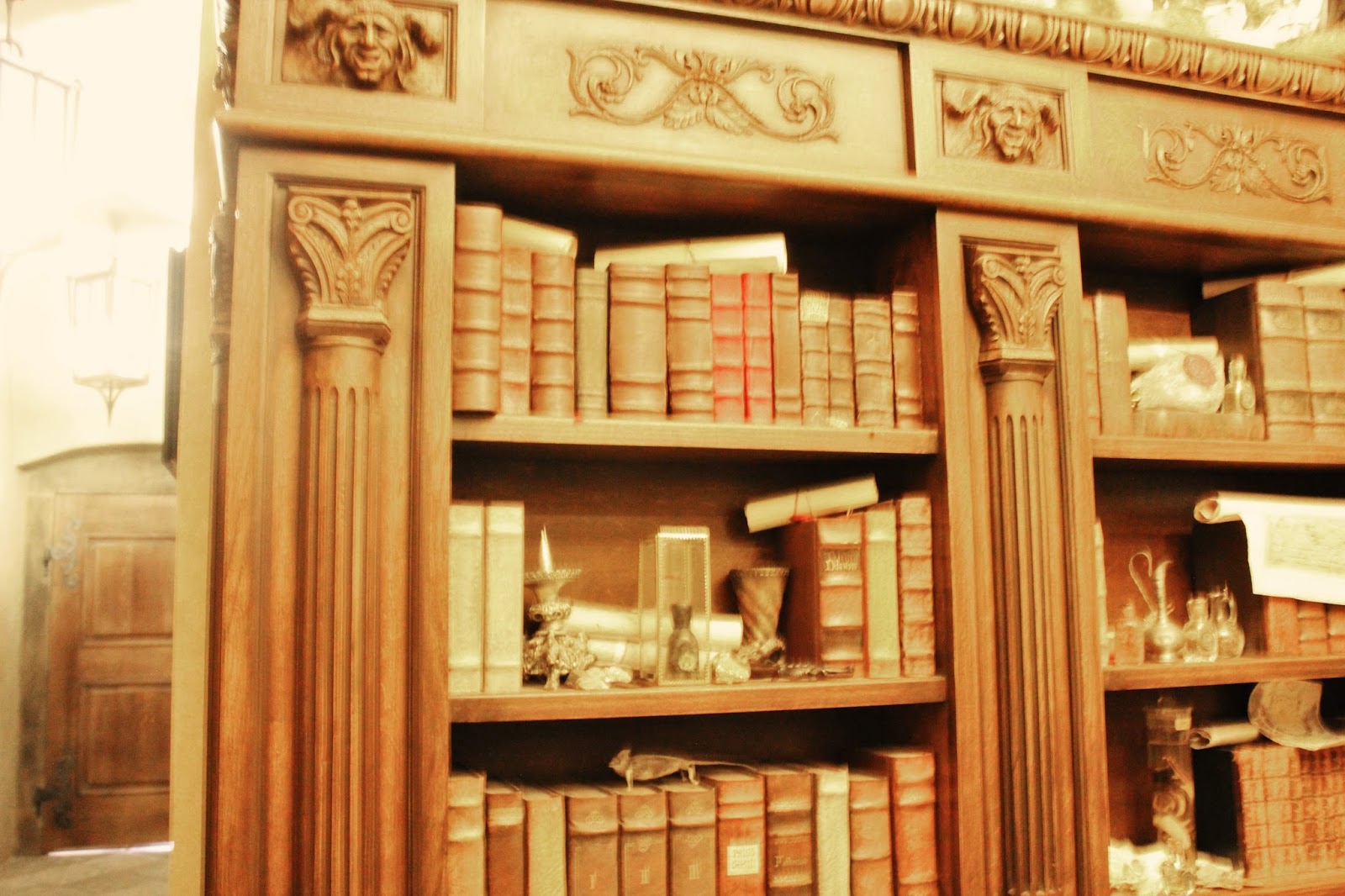 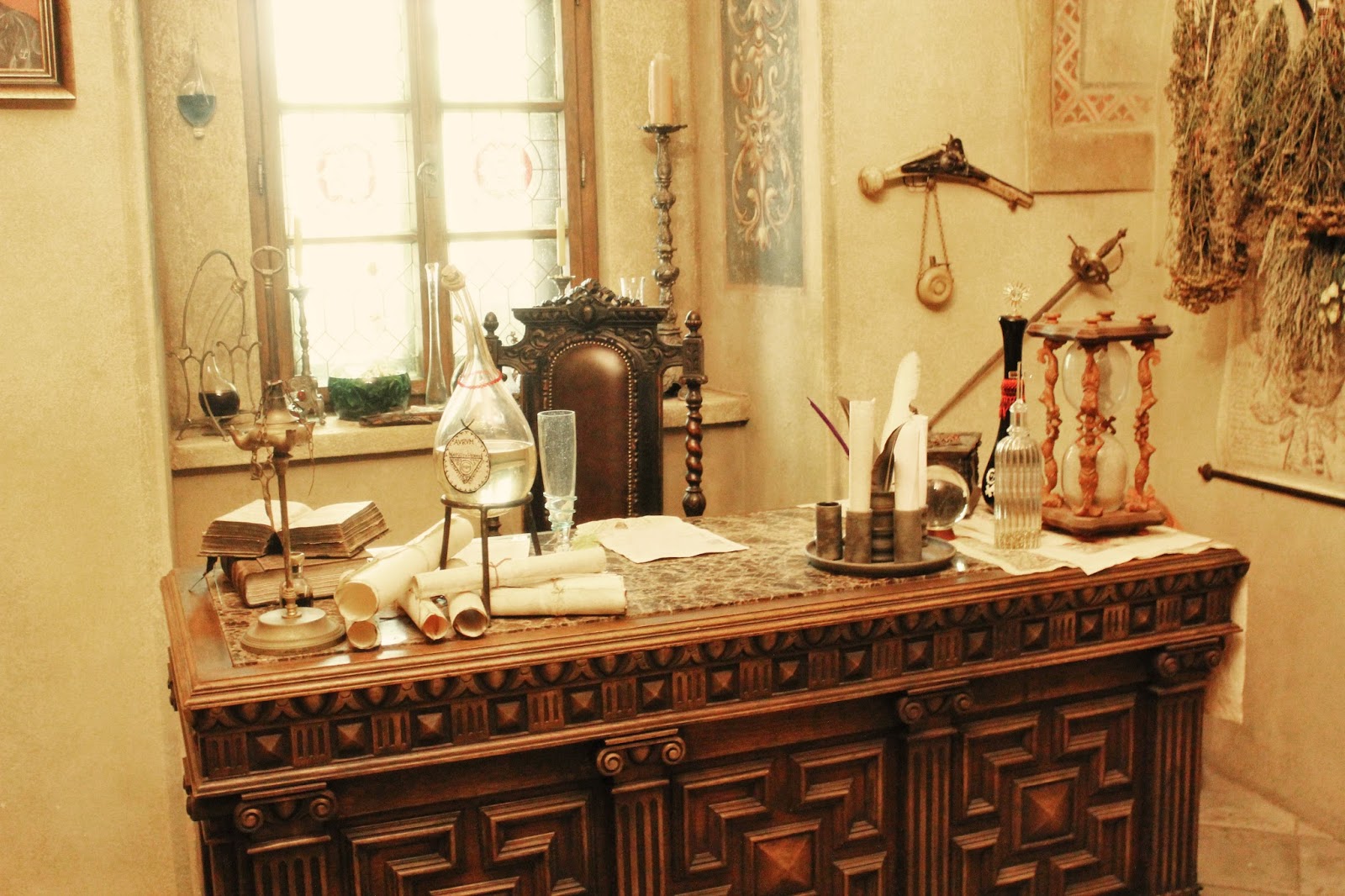 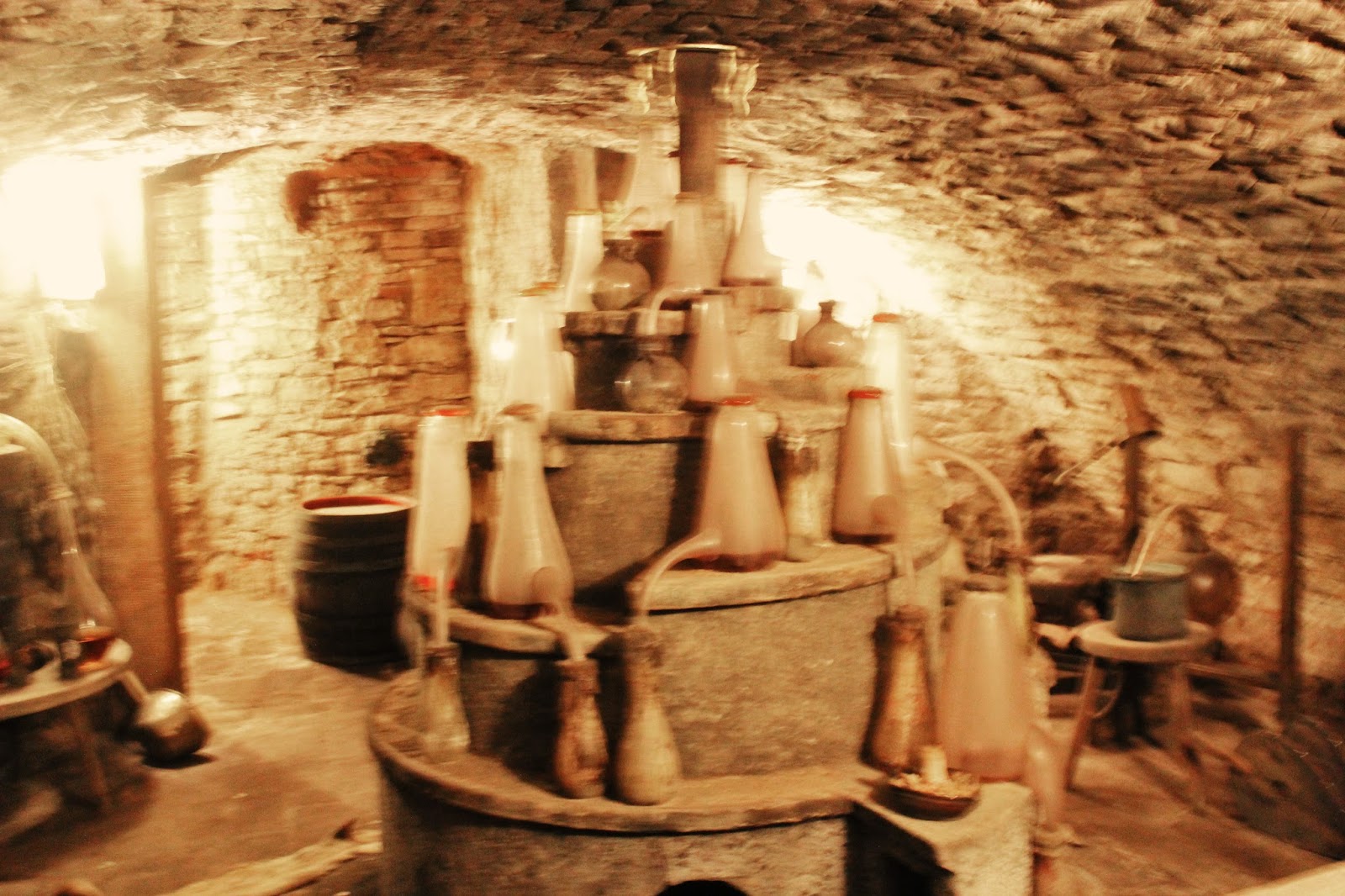 Sorry for the blurry photo- it was really dark!
Afterwards our plan was to take a boat trip, but after an hour walking along the river without seeing anywhere advertising boat trips, we decided to give it a miss. We headed back to Old Town Square and had lunch and some drinks right in the centre of the square and had some time to relax and really appreciate the beauty of the city. After we packed up to come home, watched some football, ate a delicious meal and said goodbye to Prague.

We found Prague to be a beautiful city with lots to see and do (there are so many museums we didn't make it to!), and found it to be fairly reasonable, although not as cheap as we were led to believe (we found the average meal price was similar to a meal in Manchester). The weather is fairly similar to England, so it's not the place to go for a tan, but perfect for a few days away. We found 3 days to be just right to see everything we wanted to see, and we stayed at Attractive Penzion which could not have been better located and was really reasonable. I highly recommend it. I also recommend the Trip Advisor Prague City Guide (I never go anywhere without downloading one of these first) and I also had a Top Ten Prague guidebook too.

We had a lovely time and importantly, survived our first holiday together! I can't wait for our next trip.