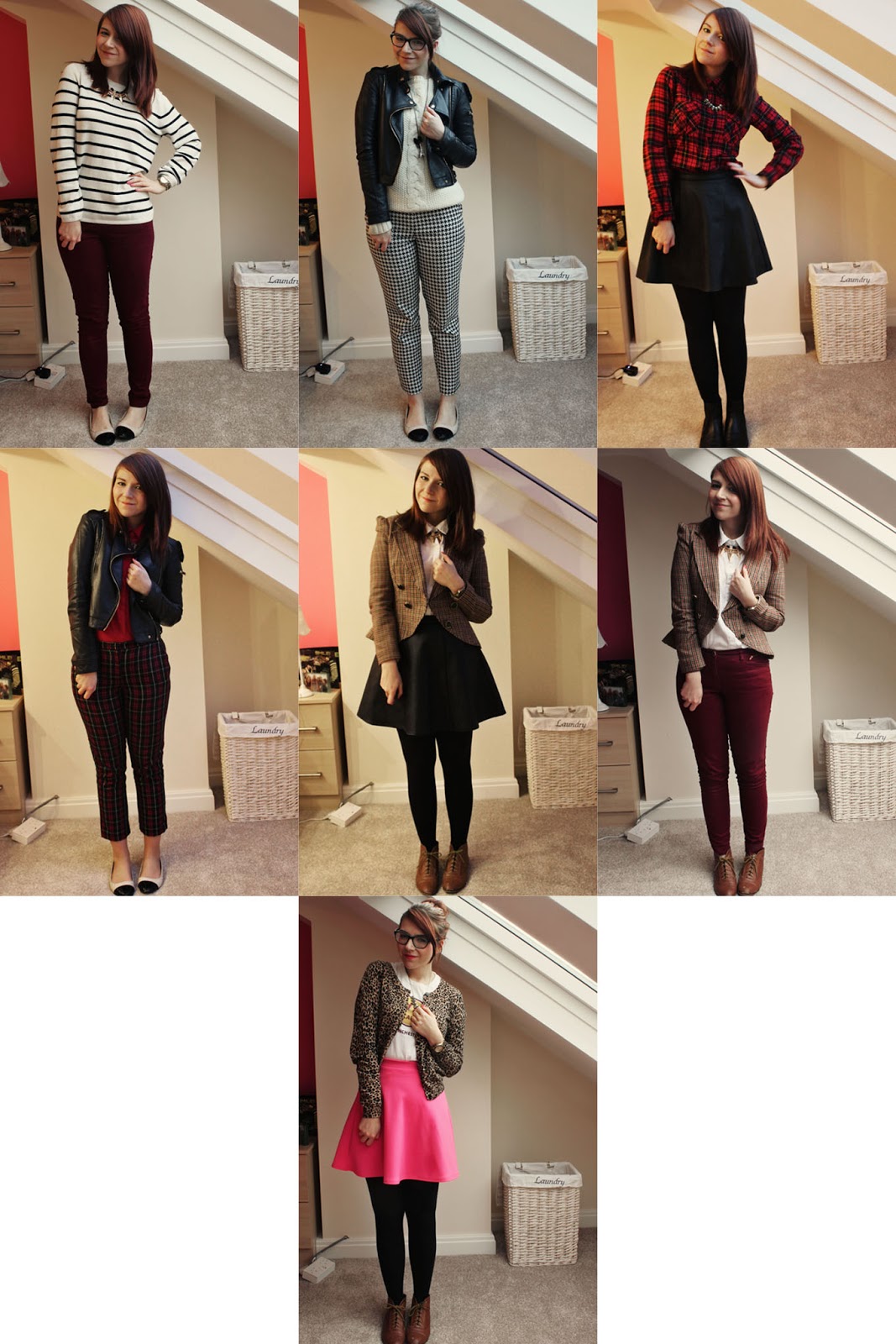 (Catch up with my first week of outfits here)
Week two has been good. I've still been avoiding using my outfit list and playing it by ear a bit, but I think now I'm just about half way through I'm going to start running out of inspiration a bit. I tried to wear items this week that I hadn't worn before, but I still have loads of pieces that I haven't worn yet- pink jacket, stripey skirt, red flats, red cardigan, navy skirt and blue dress. So far I haven't been bored and I'm really enjoying the challenge. I gave up clothes shopping too for the challenge and so far I've had no cravings, however I have been avoiding reading all my shopping emails! 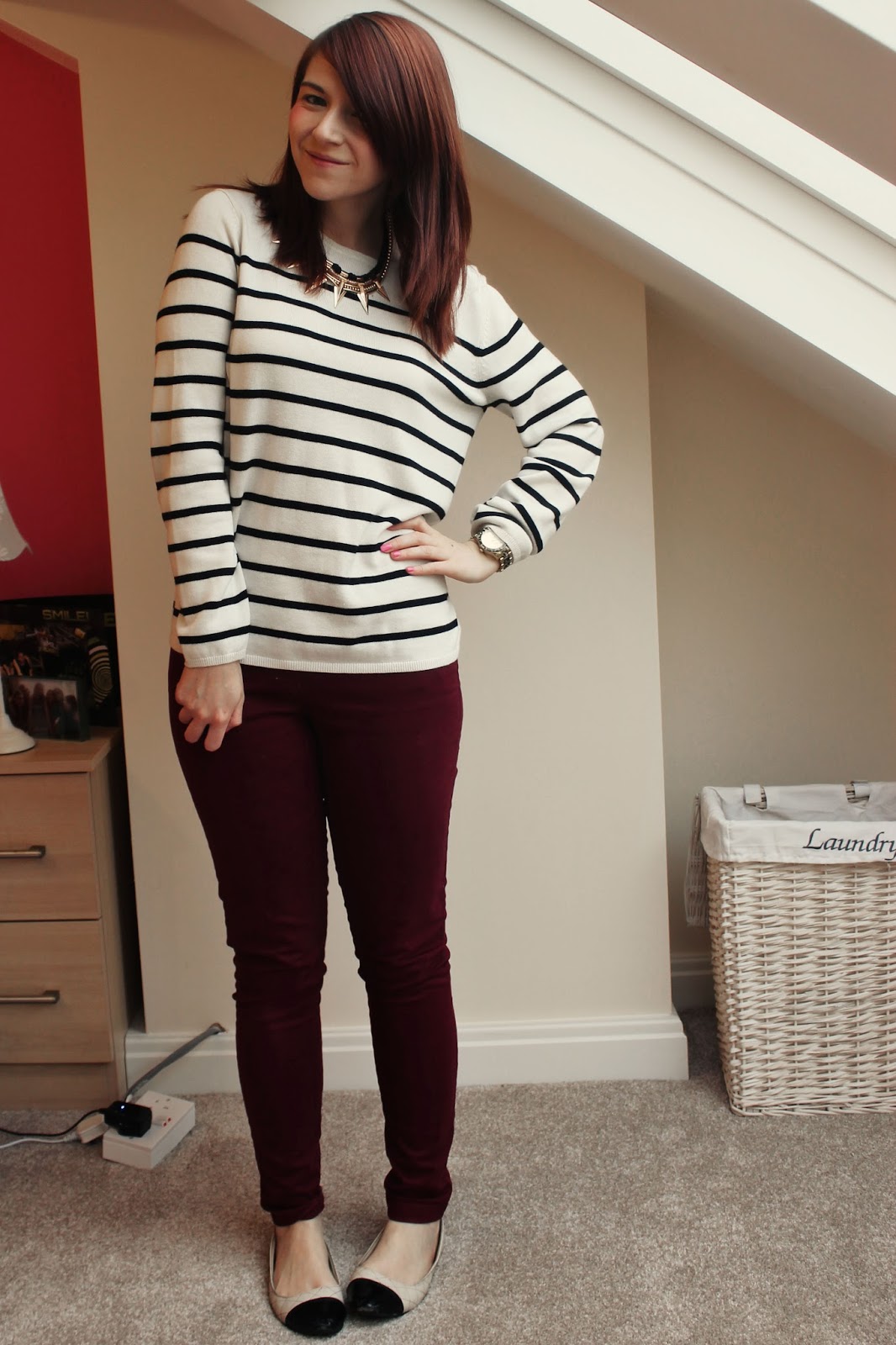 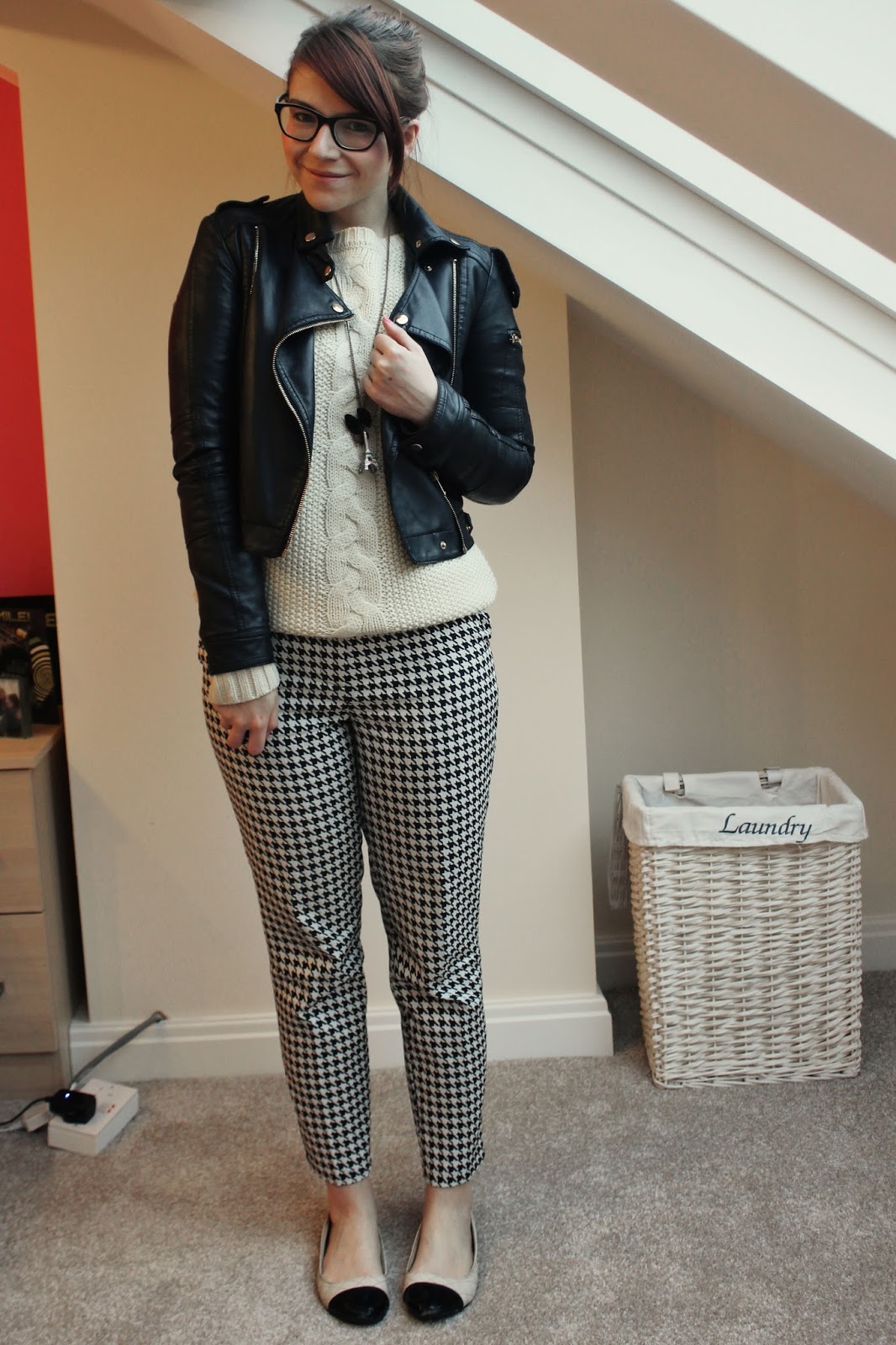 Day Nine
As with Friday, I worked from home Monday and Tuesday, so I wanted outfits that were comfy, so I went for trousers and jumpers both days. I loooove my stripey jumper and want to wear it more throughout the challenge, so I think now I've worn it with both my pairs of plain trousers I'll have to be a bit more creative so I can include it. 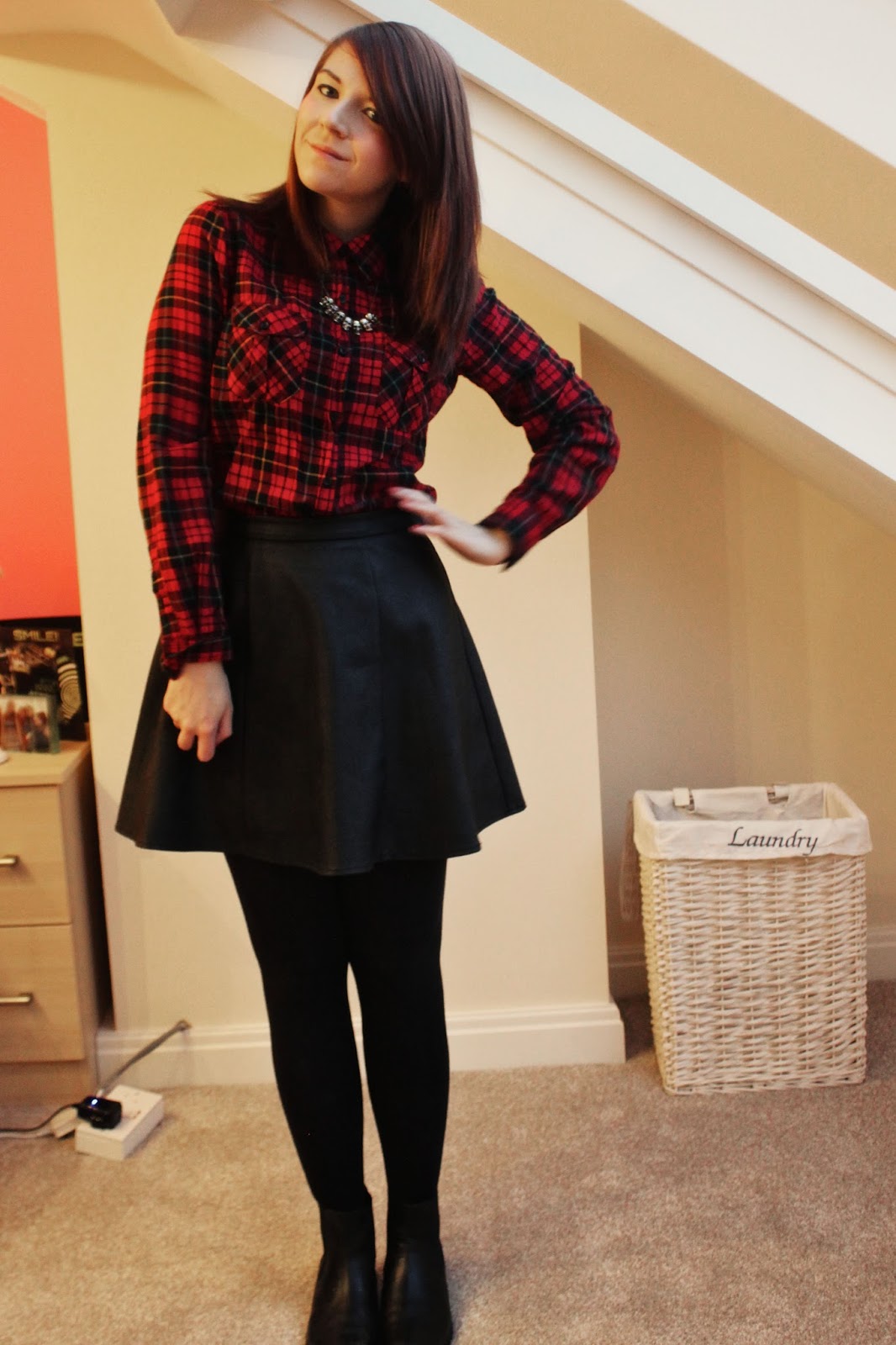 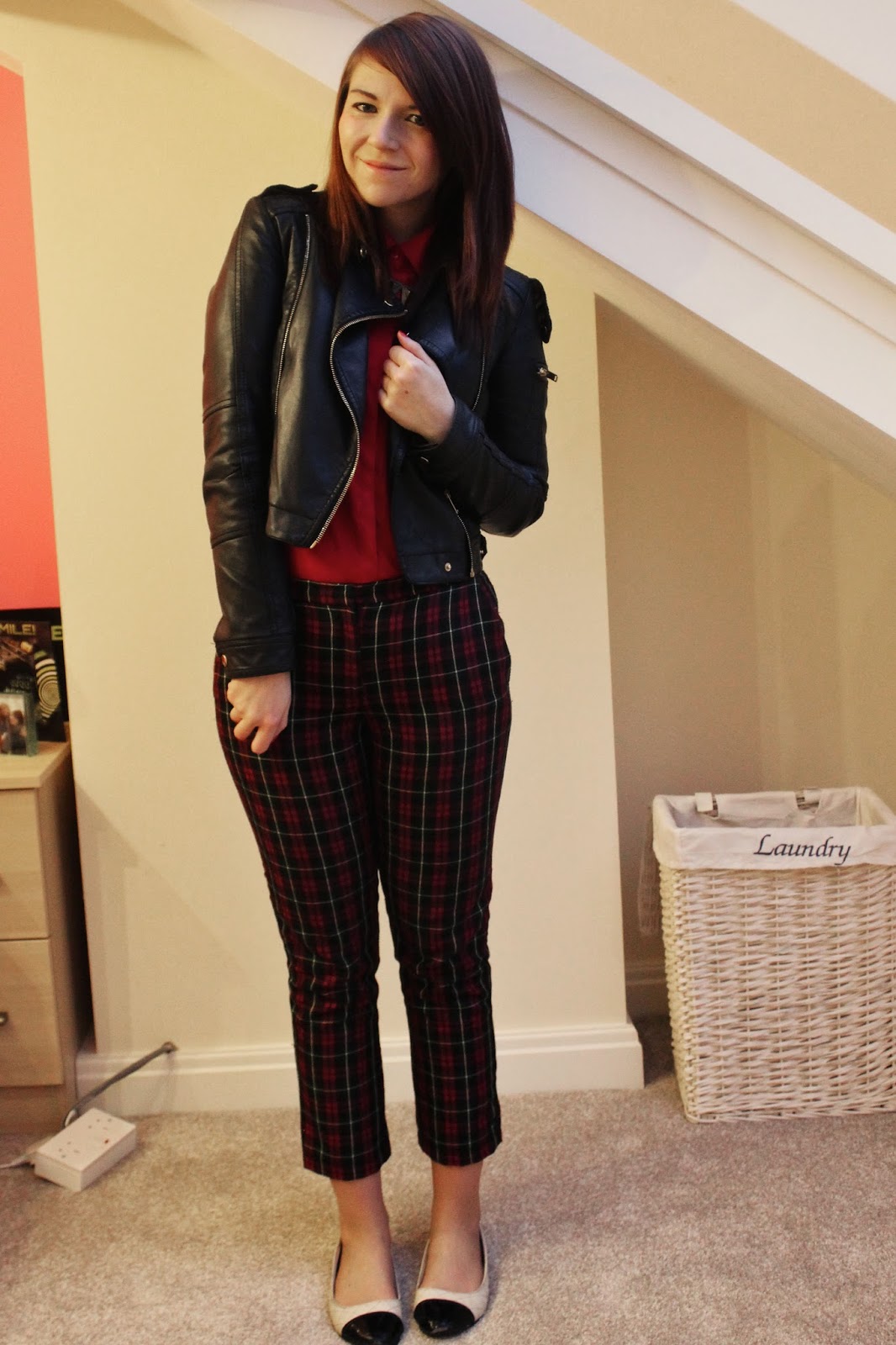 Day Eleven
I was back in the office on Wednesday and had plans every night for the rest of the week so I dressed up a little bit more. On Wednesday Phil and I had a cinema and pizza night. The pizza was good, the film was not. However Thursday night was great as we went to see Phil's brother's girlfriend (that sounds way more confusing than it is!) in a play, which was a lot of fun and something a bit different. Then on Friday Phil and I went away for the night to do a Murder Mystery night which we booked on Groupon way back in May. Neither of us had done one before and it was a lot of fun. We didn't guess the murderer though! 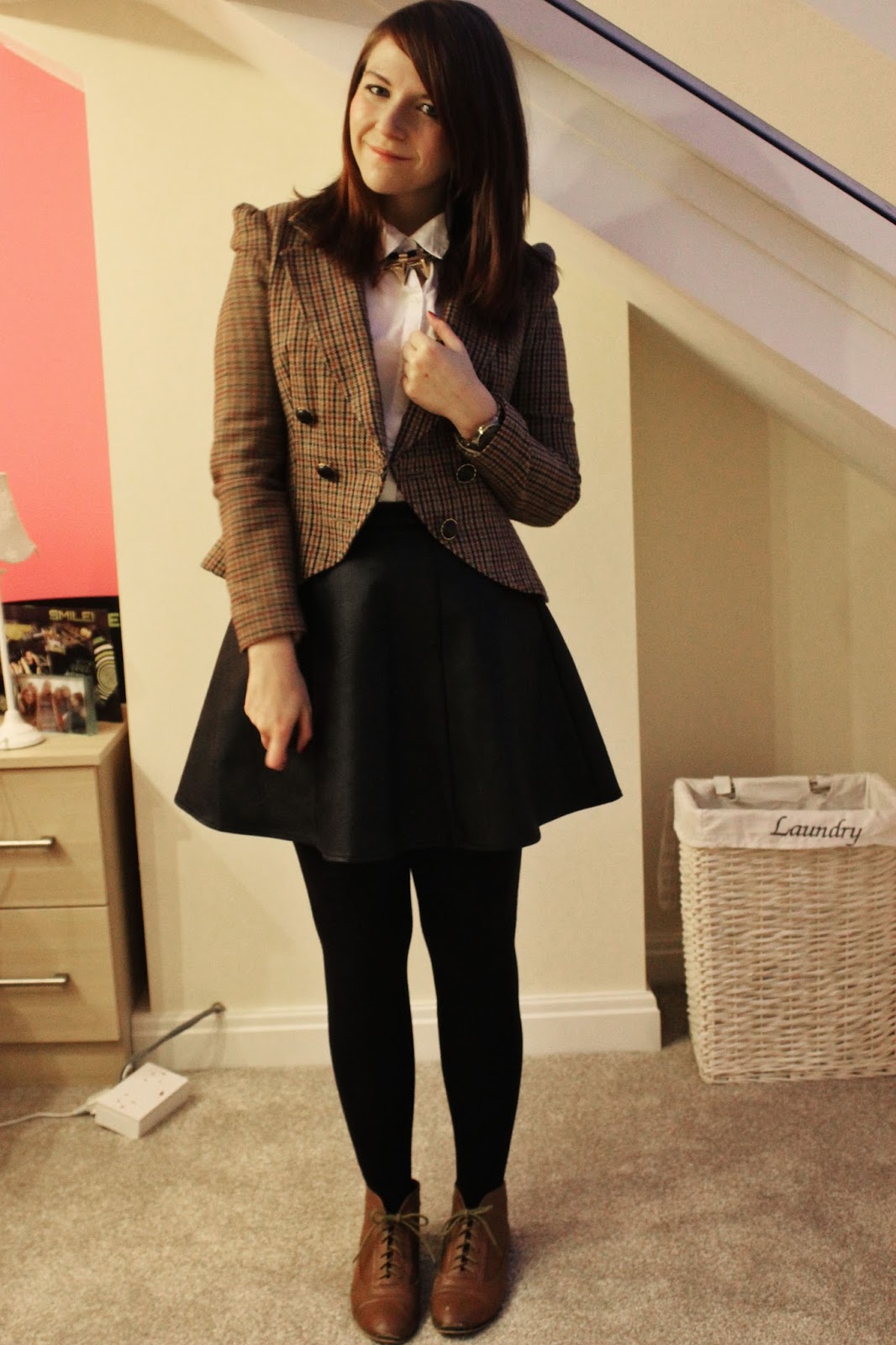 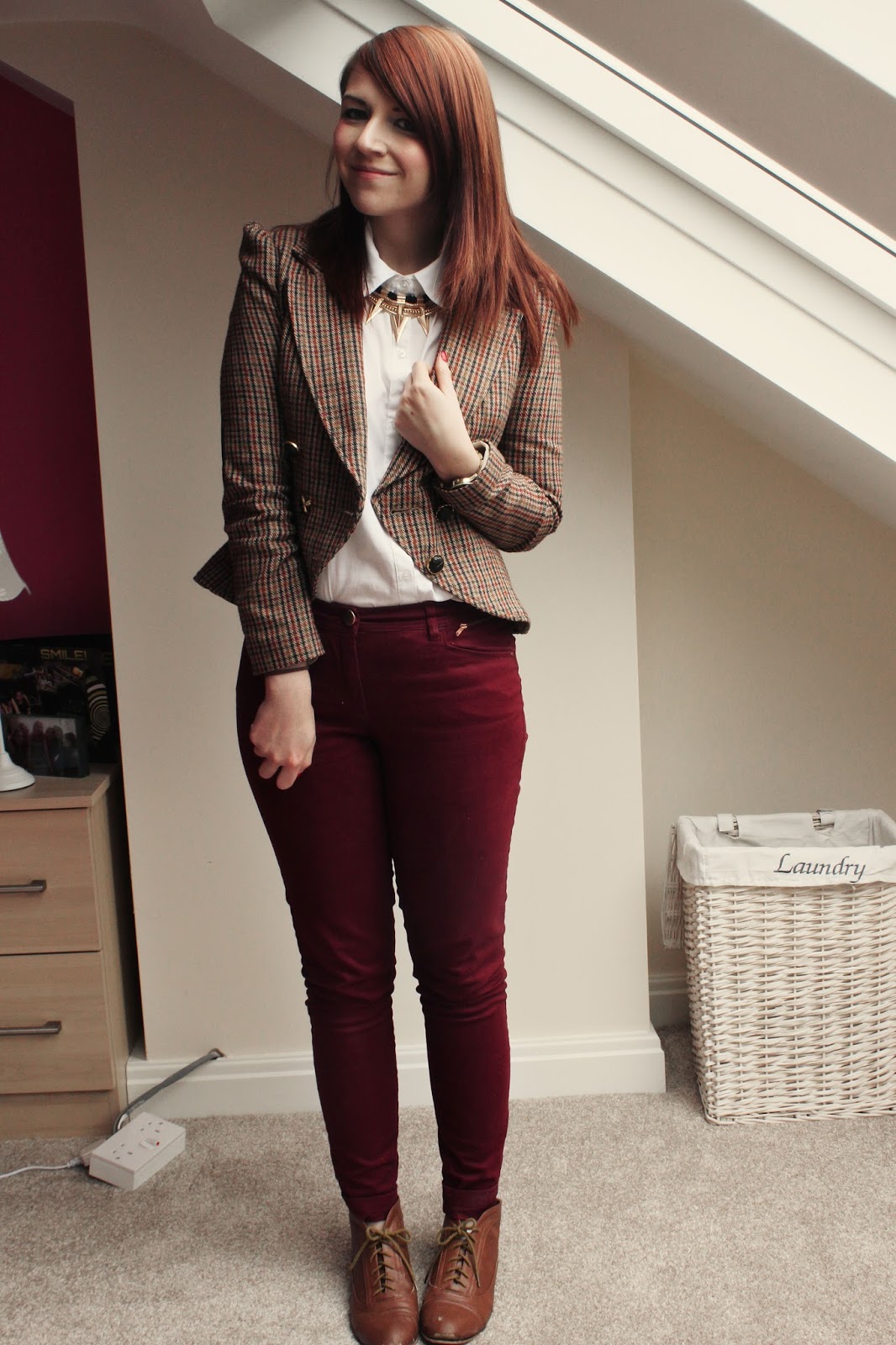 Day Thirteen
The outfits I wore on Friday and Saturday were my favourites this week but I'm not sure if Friday's (Day 12) photographed too well. Including this jacket was a bit of a snap decision because I haven't worn it for a couple of years, but I'm glad I included in now because I think it's awesome. And it was only from Primark! It has the cutest little elbow patches too. 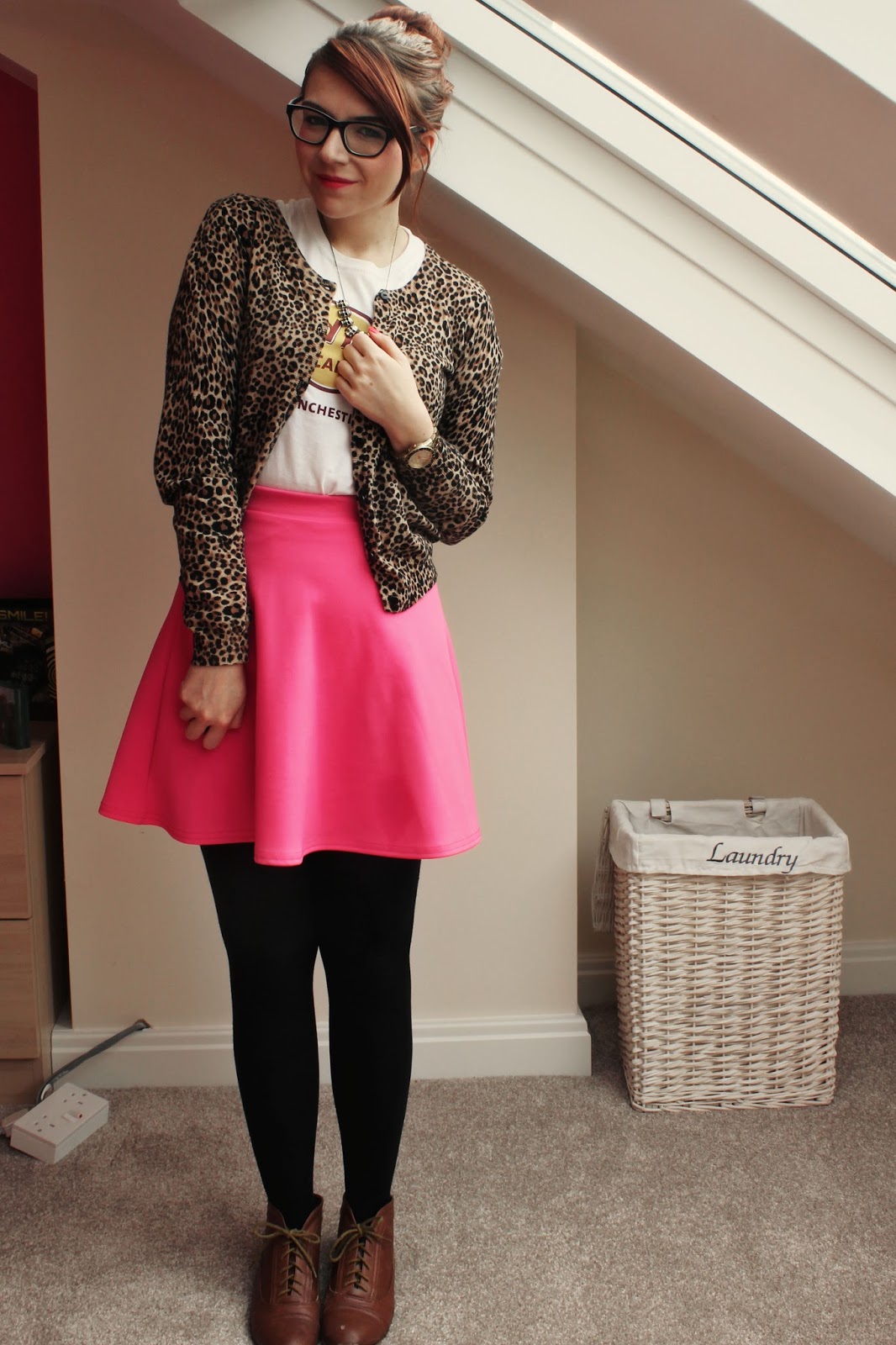 Day Fourteen
Today has been a typical Sunday which has been good as I was out last night for my cousin's 30th and while I don't drink much, I'm tired today. I've made butternut squash and apple soup and got Becca's Butternut Squash and Black Bean Skillet for dinner which looks amazing. I'll try to get another "What I'm cooking" post up soon so I can show you all of the lovely things I've been making.