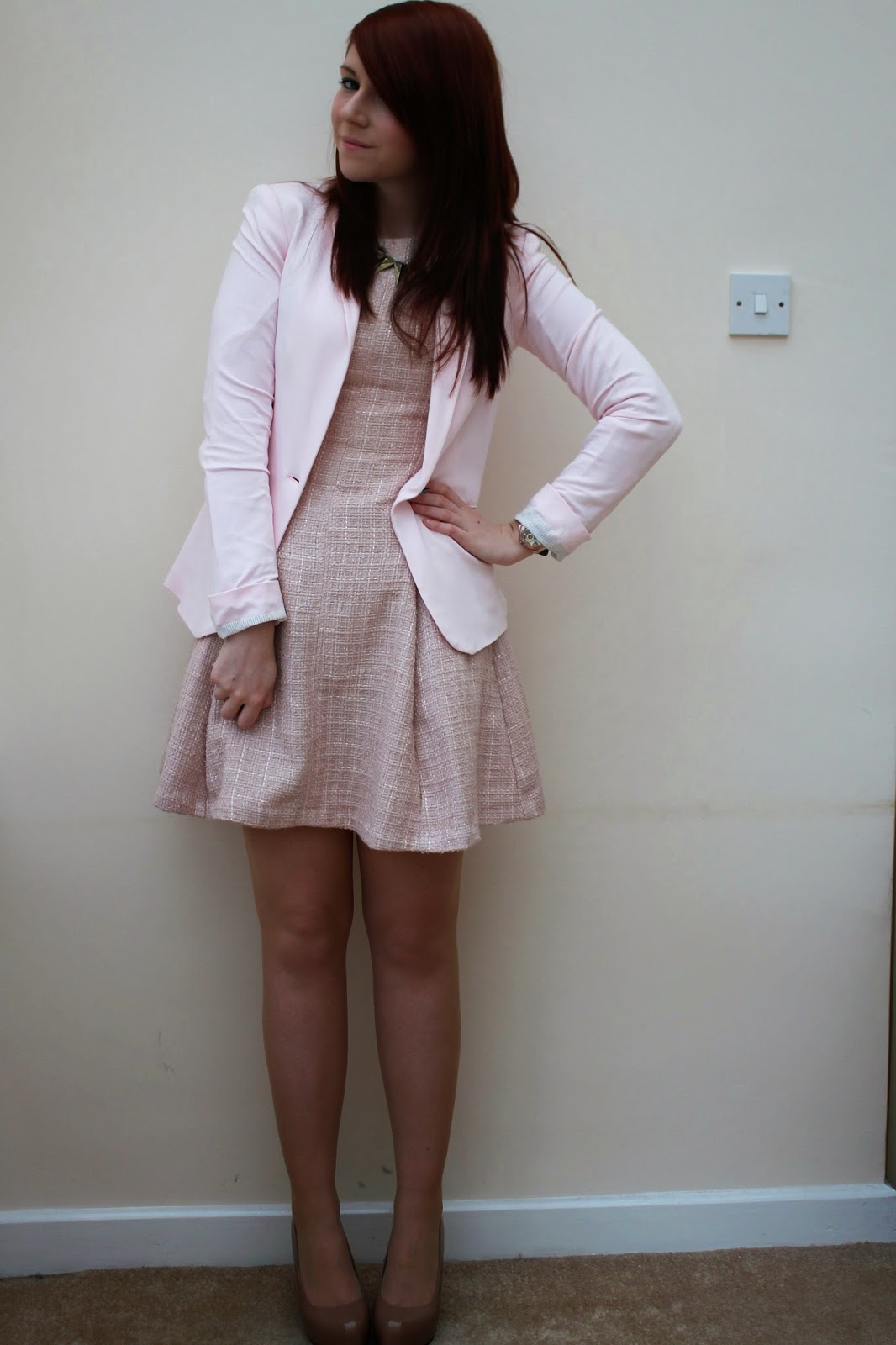 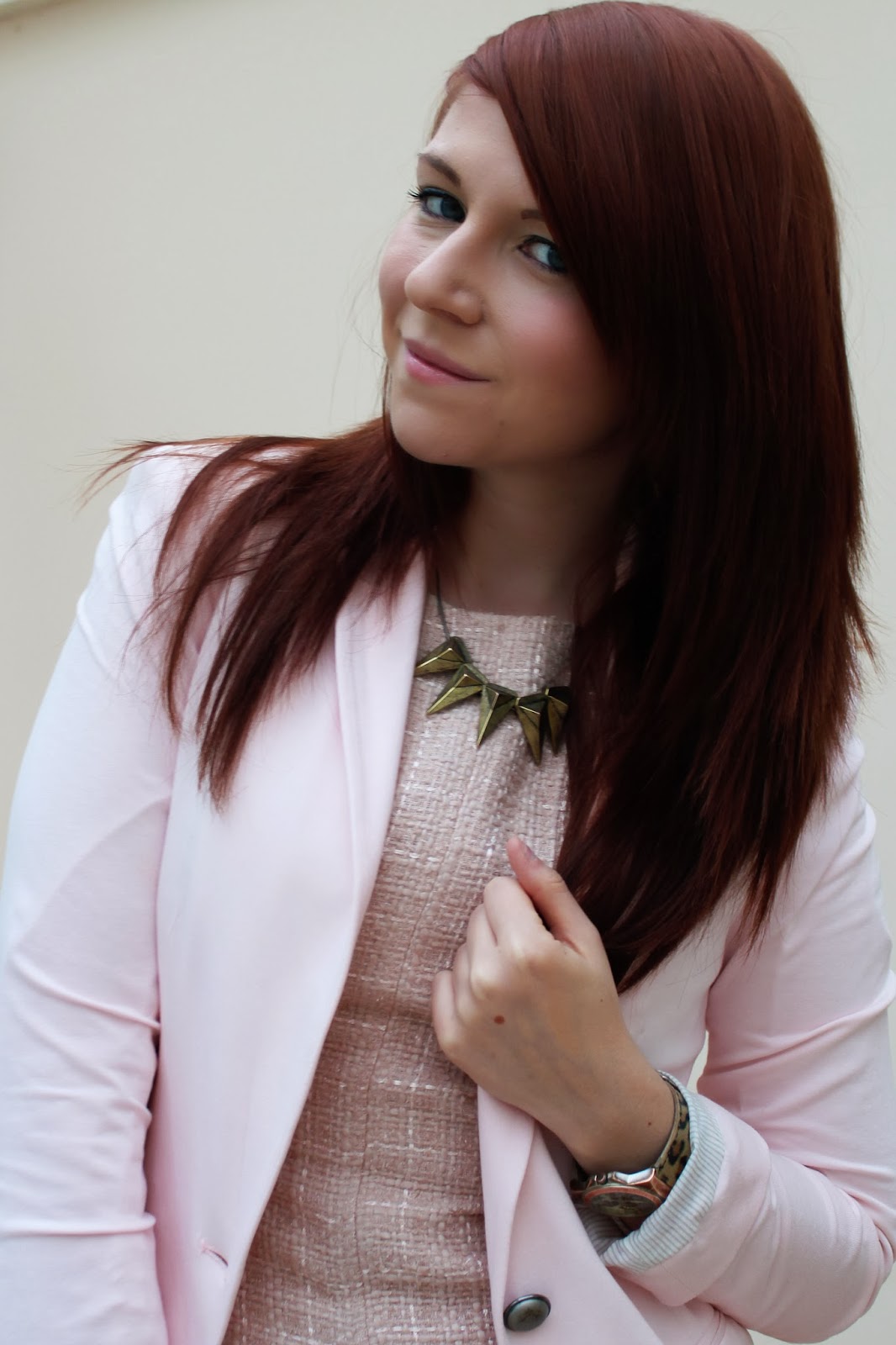 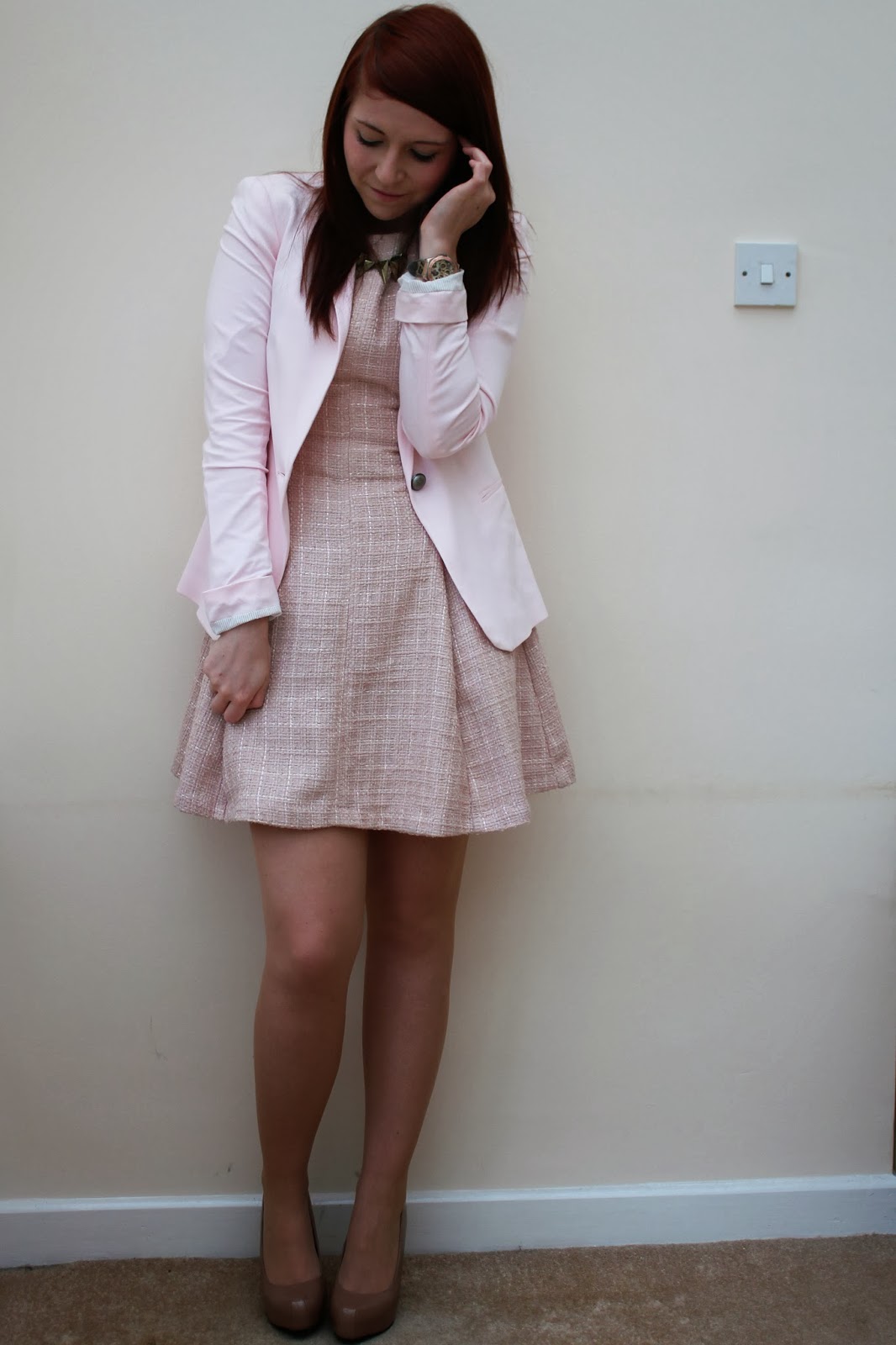 As I'm sure you can tell from the skin coloured tights and nude blazer, these photos are not exactly recent. I think I actually took them before I went on holiday in September-eek! These are actually the last of my "summer" outfit photos (I do have some even older photos to post but they're not quite as summery) so from here on out we're all wintery from here! I've somewhat reluctantly worn my coat for the last few days, but I think I'm ready to embrace the new season. I've bought all my A/W pieces (just waiting for an exchange on a coat that arrived today and was too big), and I'm working on a post on autumn winter essentials to fully throw myself into the new season. I haven't bought many pieces for the new season, mainly because I'm trying to buy "classic" pieces and also because I already have waaaaayyy too many jumpers and coats! 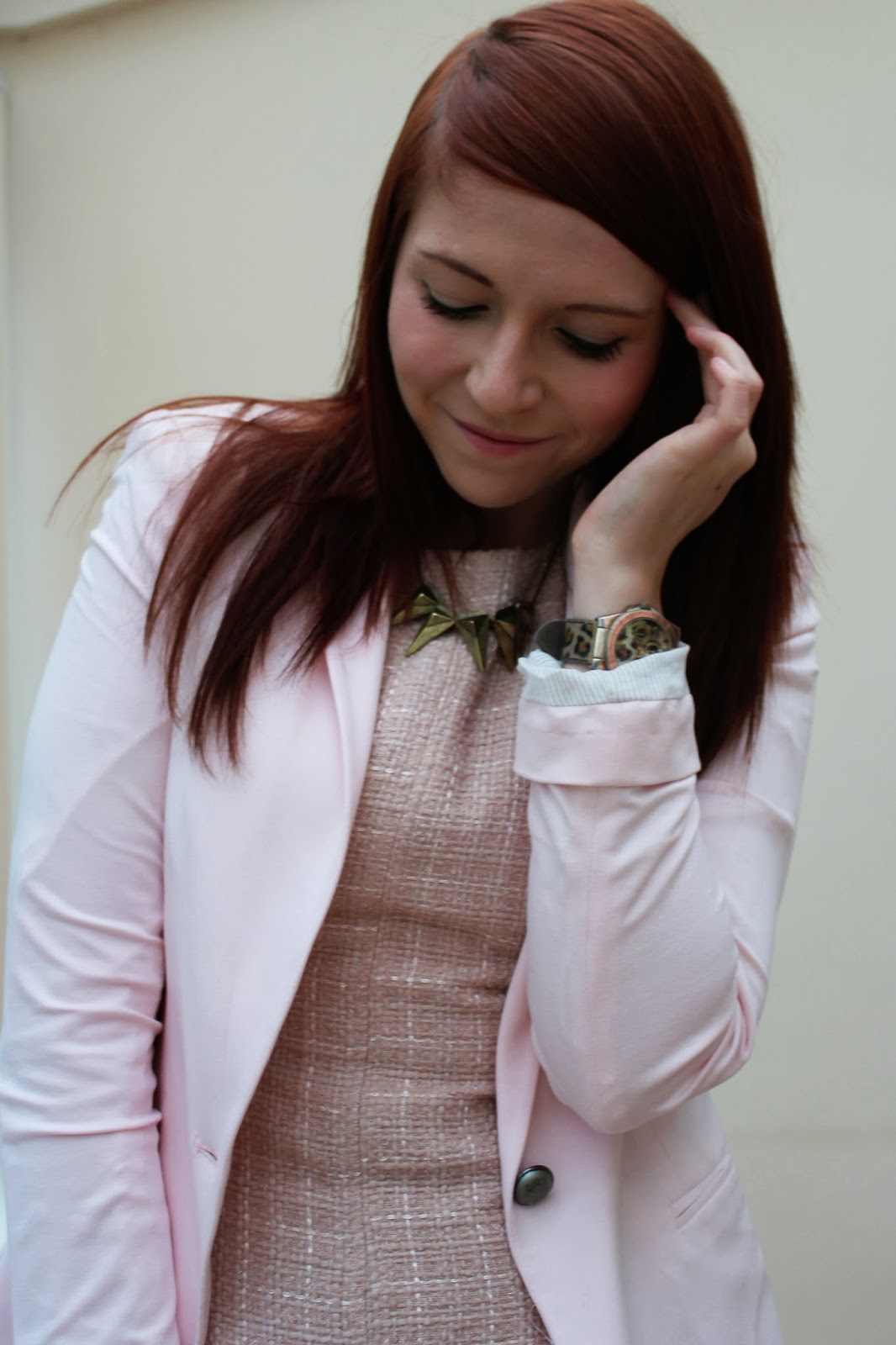 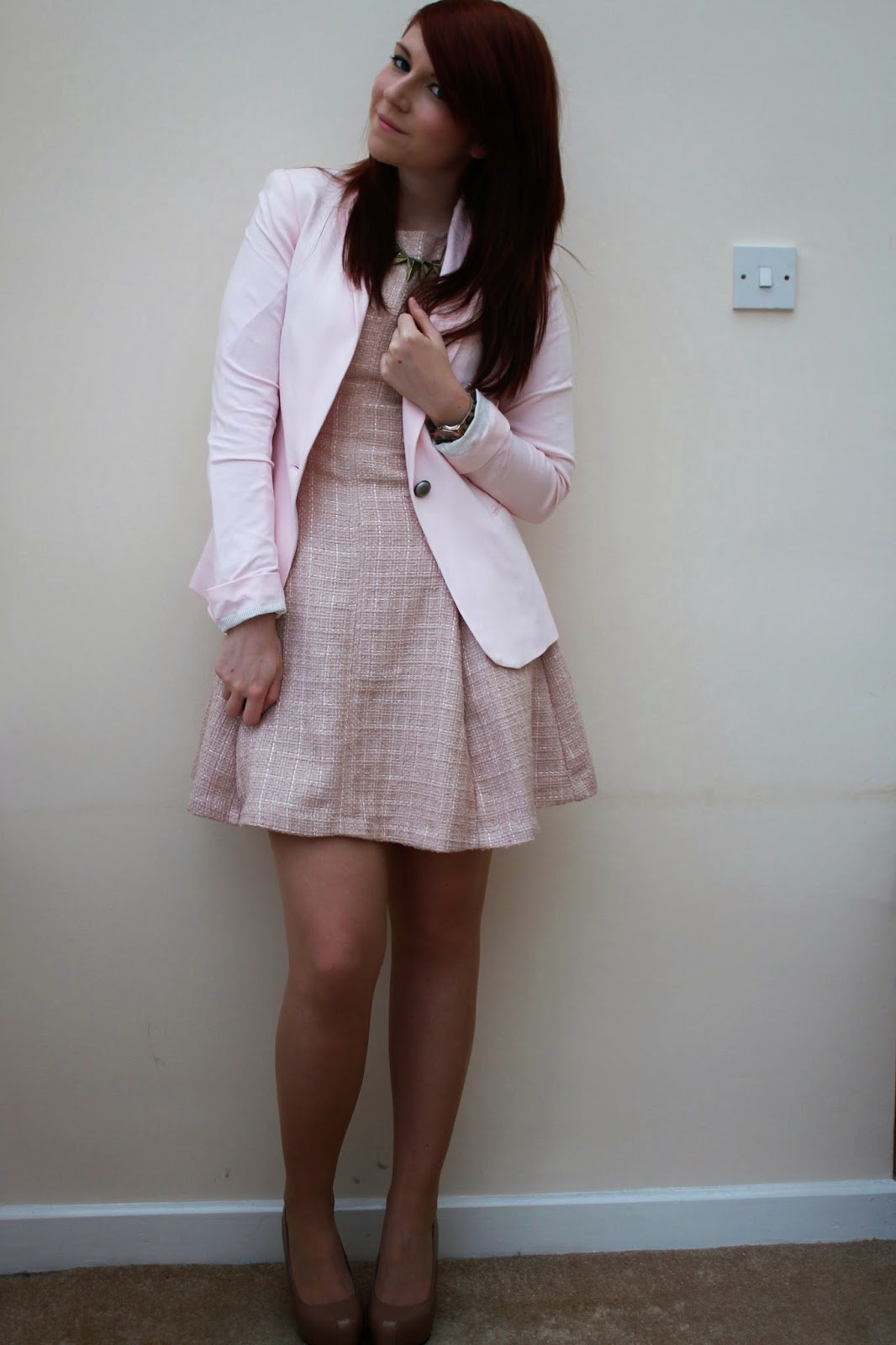 Wow it's been a busy week! I went out on Saturday night for my friend Jenny's birthday and didn't get in til 3.45am Sunday morning! My planned 6 mile run didn't really happen. Then Sunday afternoon we headed up to Harrogate to have afternoon tea with my Auntie and Uncle and their new guide dog puppy, Yuppi! It was an absolutely lovely afternoon and a lovely weekend, even though I was even more tired on Monday than I was on Friday! On Tuesday I went to, ahem, go and see Blue. Okay, context. If you knew me when I was 13 you'll know I was absolutely obsessed with Blue. Like seriously. I wrote a letter to Lee Ryan once and he wrote back, and one time I met Simon and I was hyperventilating so much I didn't even say a word to him! Anyway, I had an absolutely great time and they were seriously brilliant. Seriously. Everytime they said "we're going to play a song from our new album now" I groaned because I wanted to hear all the old stuff, but every new song they played was great! Anyway, although I was exhausted all day Wednesday I went out with Phil to Kosmonaut in the Northern Quarter and we had cheeky mid week cocktails and some good food. It was just a shame I asked him to get me back to the station by 9.30pm because I was so tired! Thankfully it's finally Friday and I have a quiet weekend planned involving lots of running and relaxing, and perhaps a trip to the cinema to see Captain Phillips on Sunday. I am so ready for a break! 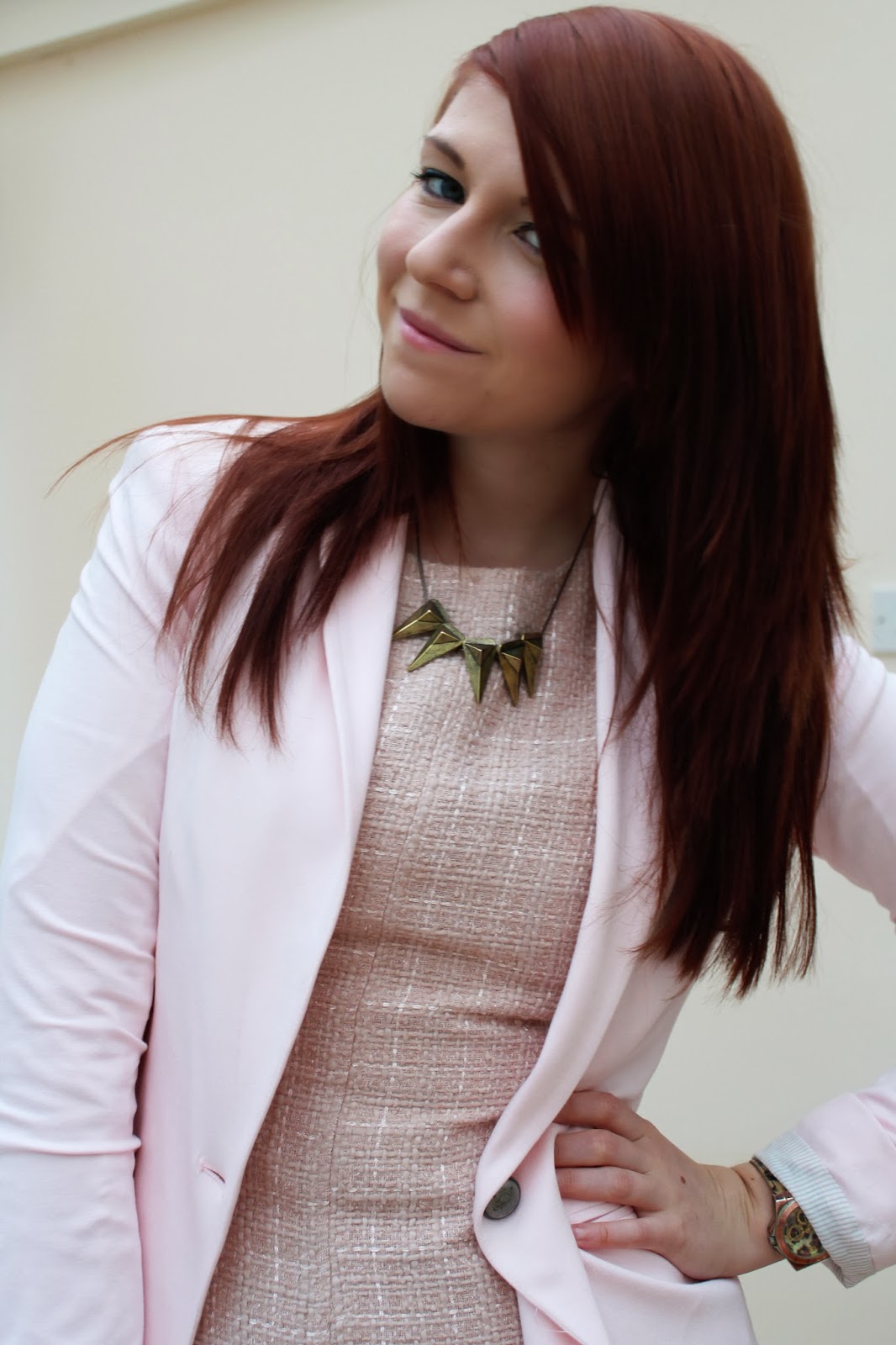 I hope you all have a lovely weekend!