You know how magical Christmas is as a kid? How you're giddy all day and it seems to last forever? That's exactly how Christmas was this year. Both Phil and I have said that it's been the best Christmas we've had since we were both kids.
Christmas for me started on Christmas Eve at 12pm when I finished work. We have family round on Christmas Eve so I was straight on it making an enchilada quinoa bake for the evening (I've made it before for family parties and it's gone down a treat) and then I put together the hamper I'd made for Phil's family with my Mum. I bought all the cheeses, chutney, wine, chocolates and biscuits and my Mum helped me wrap it up in cellophane and a bow. I was so chuffed with it I kept making all my family come in and look at it! 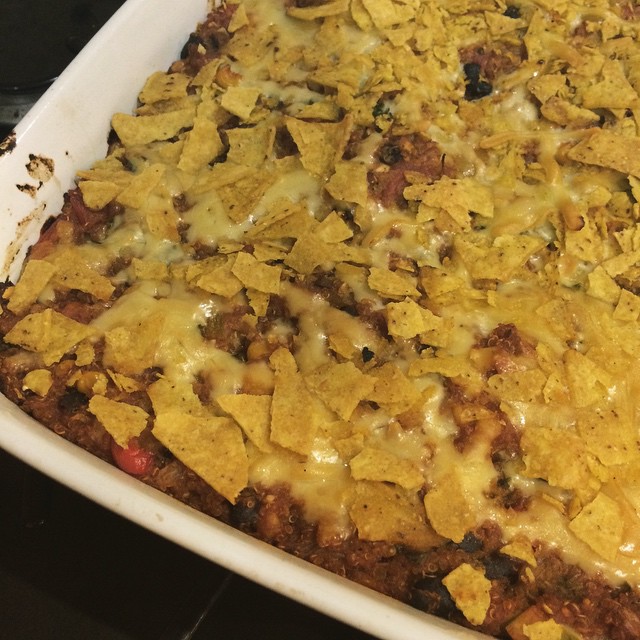 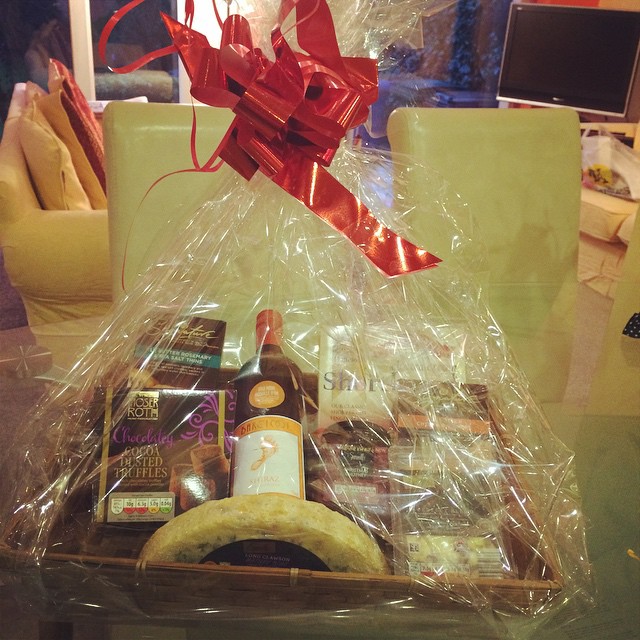 Christmas Eve is always fun. We have some of our family over and Phil, and we just have drinks and snacks and chat. It's been family tradition for as long as I can remember.
I slept terribly on Christmas Eve night. Yep, I'm that much of a child. I actually managed to stay in bed til 7.30 but as soon as I heard talking downstairs I was out like a shot! Now I'm older, I'm more excited about the presents I've bought for people than the ones I've got for myself, so I let everyone else open their presents first. I got my Mum some microwavable slippers and a yellow Ted Baker bag off ebay - yellow is her favourite colour and she LOVES Ted Baker bags, and I helped my Dad with presents for my Mum by picking up another Ted Baker bag she wanted and ordering an iPhone dock for him to pick up for her. My Dad is the hardest person to buy for in the world, but he loved the canvas print of a photo I took of him with all his brothers and sisters last year and he even took it to my Auntie's for breakfast to show it off!
I did embarrassingly well with presents this year! I had asked for mostly kitchen appliances for our flat but my Mum and I both tend to go a bit mad at Christmas so I ended up with a lot of presents! 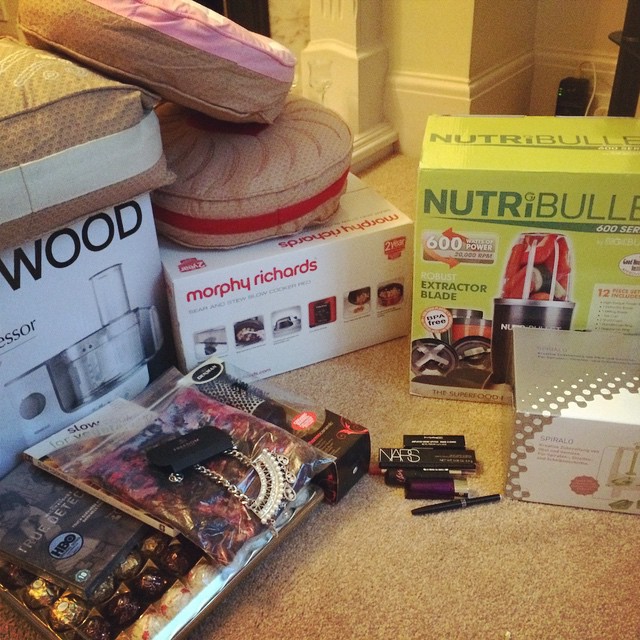 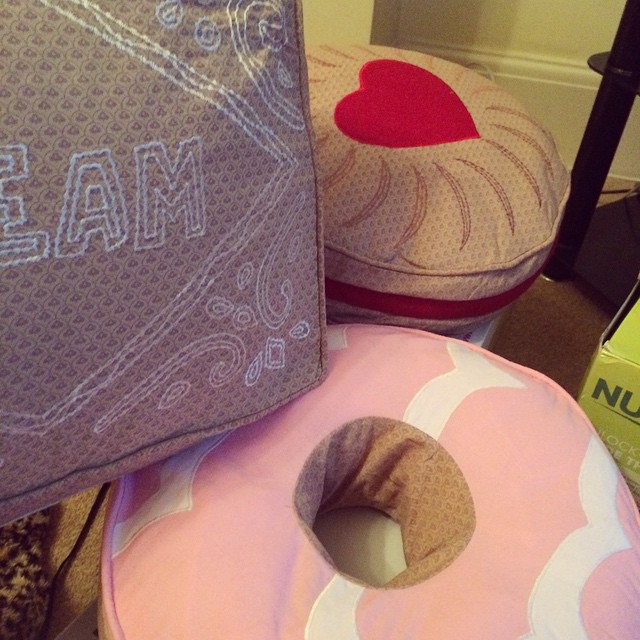 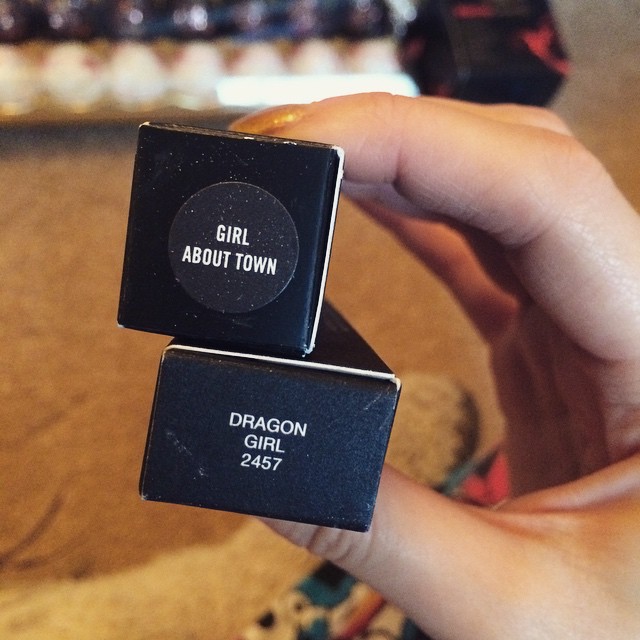 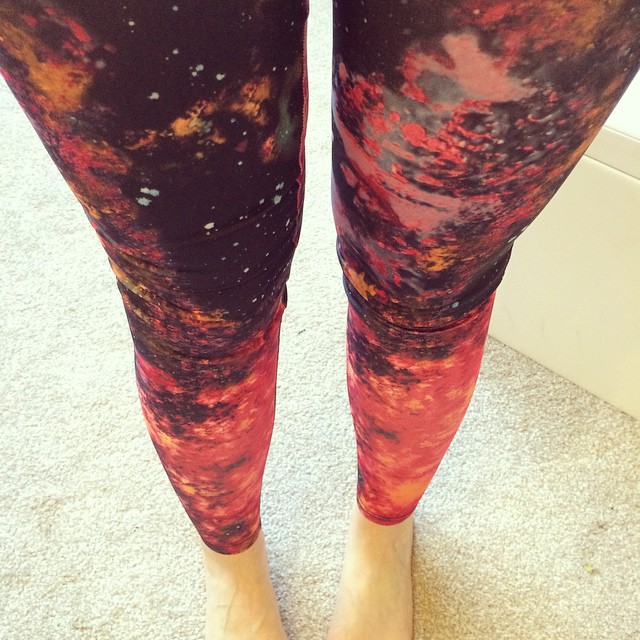 Galaxy-print running leggings
After presents we got ready and headed to my Auntie's for breakfast. I normally have some eggs, beans and hashbrowns but with Phil and I having two Christmas dinners this year, I just had a crumpet and an ill-advised early glass of mulled wine! Phil popped round to pick me up and we watched some old family videos (another tradition!) before heading to his parents'.
I was buzzing to give his family their hamper and they absolutely loved it! Phil's Mum has even requested one every year! We had our first Christmas dinner at Phil's parents' which was delicious -  I stuck to just veg and potatoes to save room for our second Christmas dinner later on, but I did have a bit of homemade chocolate log! After dinner we did presents!
Phil's Mum and Dad got me some body stuff and a lovely pink scarf, and his Gran got me a Lindt gift set. His sister got me an amazing Mean Girls tshirt and then I got to open my presents from Phil! He got me a Rubix Cube tissue box, How to Train Your Dragon 1 and 2, Frozen, the Jim'll Paint it Book and Cranium! 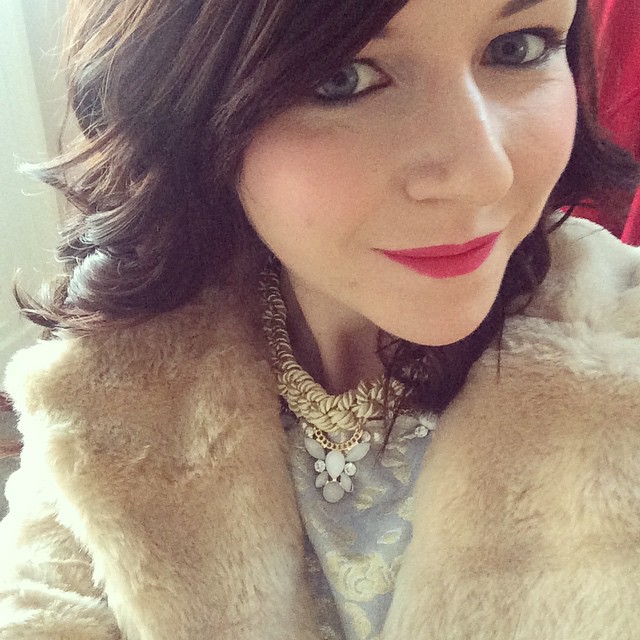 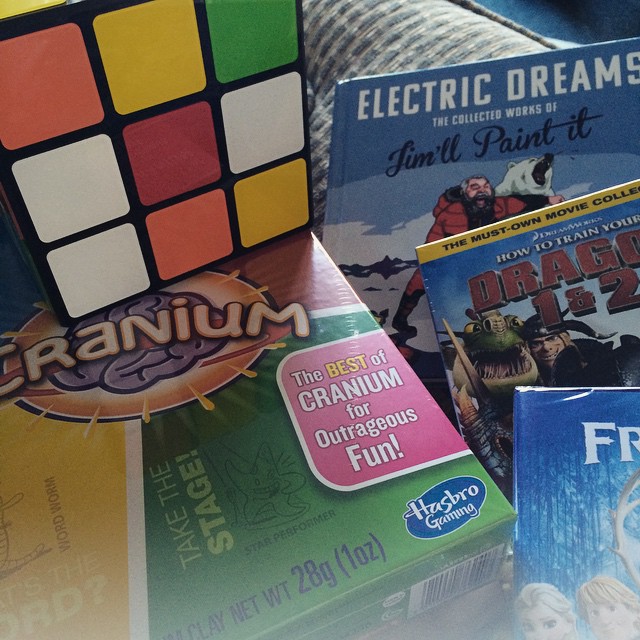 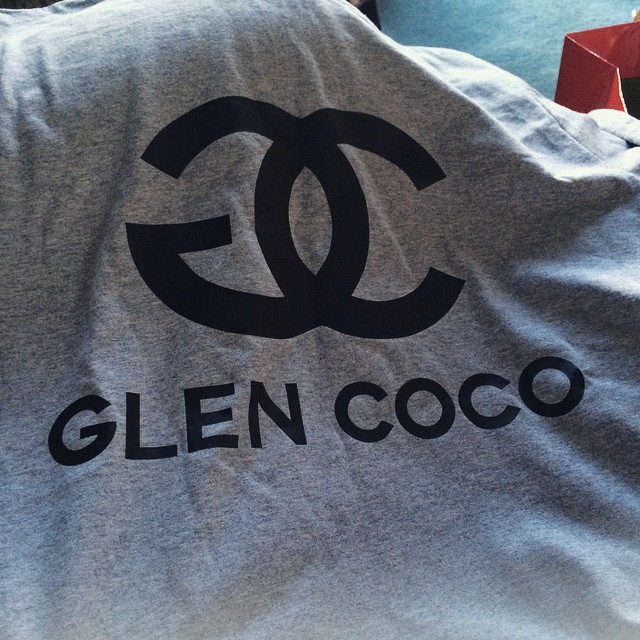 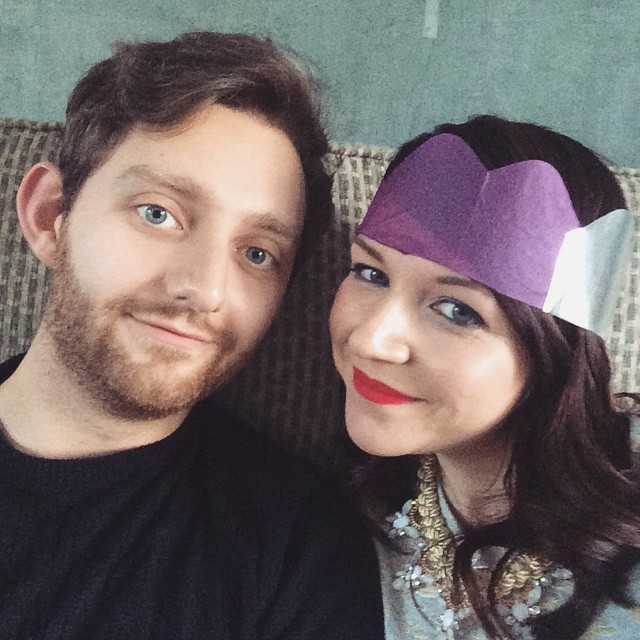 After presents we played Scattergories, which is always a good laugh and then got ready to go to my parents' for our second Christmas dinner! I had an amazing butternut squash nut roast with my Christmas dinner at home and of course, plenty of veggies, gravy and cranberry sauce! I also gave Phil his presents - which I've been so excited about! I got him Lego Movie, Cards Against Humanity expansion pack (which he almost got me!), travel Battleships and Connect 4, Liverpool FC pajama pants and a Suarez Barcelona shirt! He loved them and I was so chuffed! 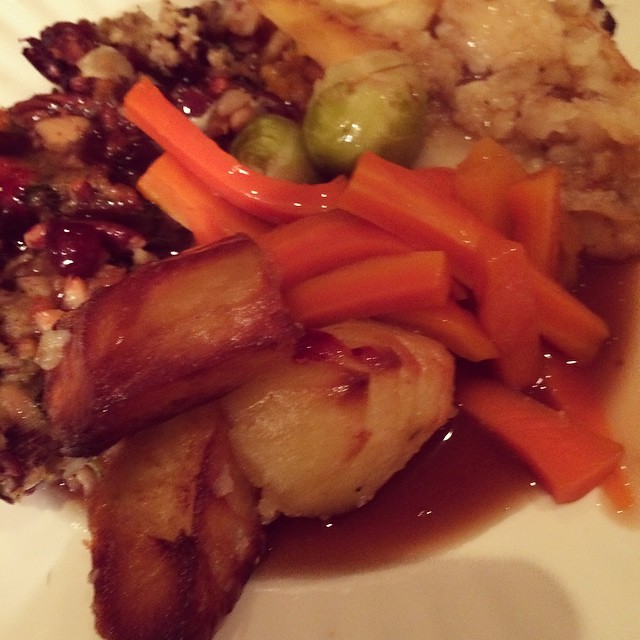 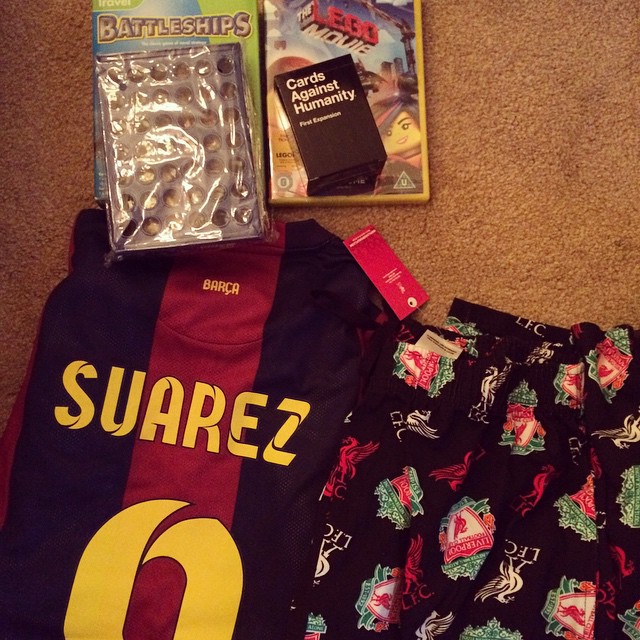 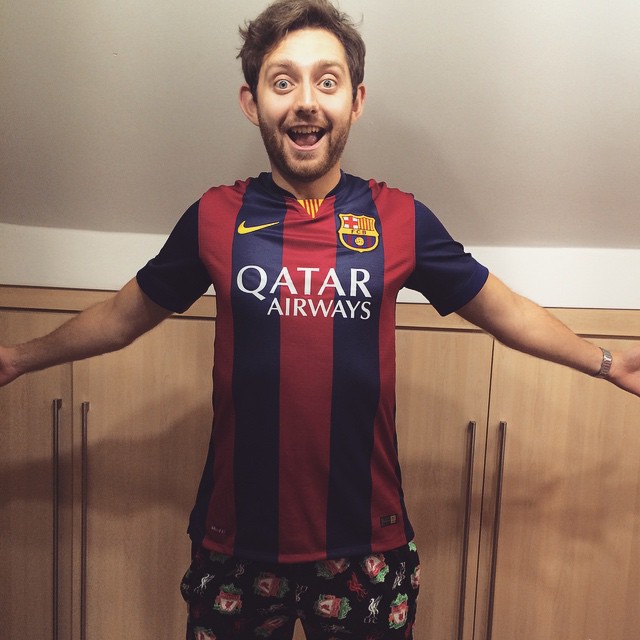 After dinner my parents and Nan had Christmas TV to watch so Phil and I curled up and watched Lego Movie and ate cheese! It was such a perfect day - I felt like I had a grin on my face the whole day. I couldn't have asked for a better day with better people. 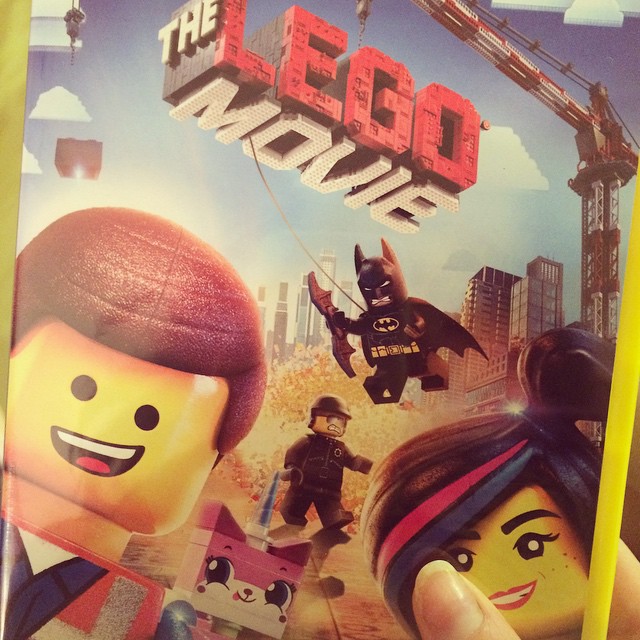 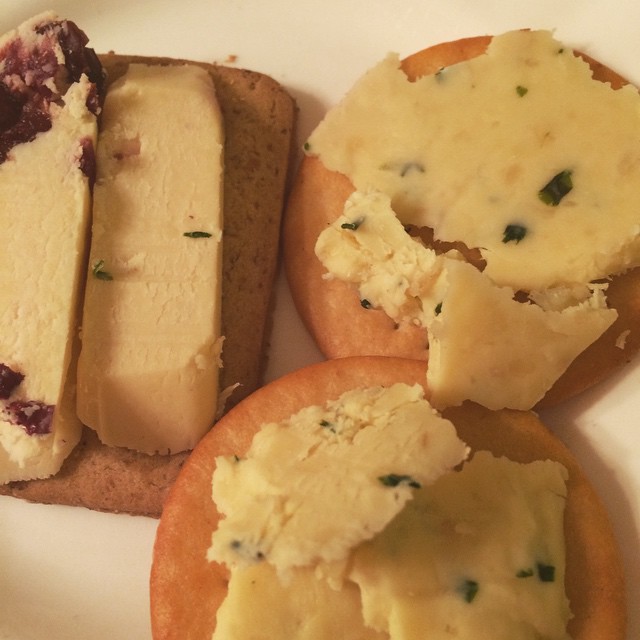 But the fun didn't end there! Boxing Day has also been amazing! We ordered our bedding for the flat yesterday (black and white chevron with a yellow comforter - if you're interested) so we decided to get our joint account set up today for the flat (eek!) and Phil suggested hitting John Lewis to have a look at the TVs in the sale. So we got dressed up and ready to go, and on our way to John Lewis we thought it seemed a bit quiet on the drive up. The penny didn't even drove when we got to the car park. John Lewis wasn't open! Instead, we went to Sainsburys and had a look at some kitchen stuff in the sale and as we were paying, Phil saw a 40"  TV he quite fancied. We clocked the name and went to the car to check it out online, and yep, we bought a TV today! 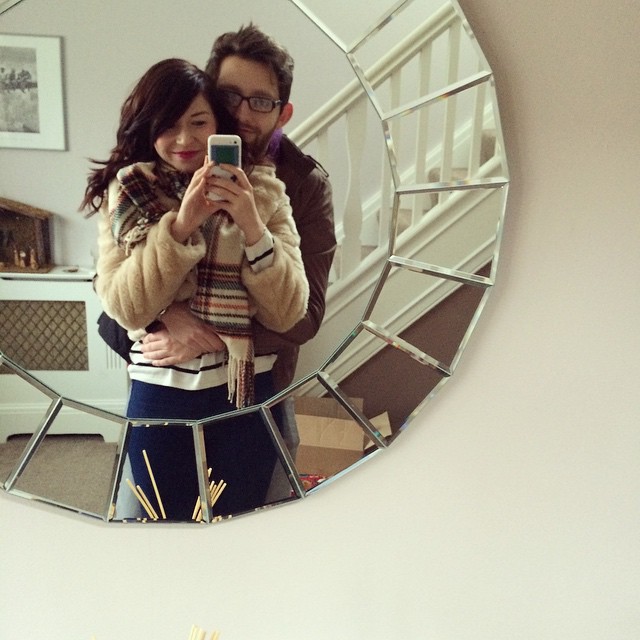 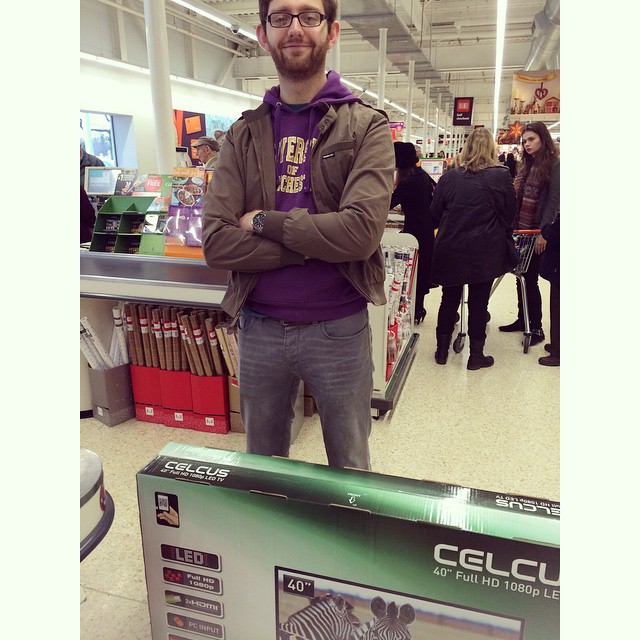 After a turkey butty for Phil and some leftover enchilada bake for me, we started to watch Frozen with my family while waiting for the football to come on, but halfway through my Auntie and Uncle turned up with baby Leo (he's my cousin's new baby) so we had a play with him in his little elf suit (I wish I'd taken a photo!). I got a bit bored during the football so I decided to go for a run. After being ill last weekend I missed both my planned runs, so I hadn't run for two weeks and hadn't exercised for a week, but I wanted to take my new leggings out for a spin. I was going to go gentle but I started out at a good pace, so after half a mile I decided to go for 2 miles instead of 3. After two-thirds of a mile I decided to keep pushing and see if I could break a 10 minute mile for the first time. Well I was dying at the end and had to gently jog home, but for the first time I ran a mile under 10 minutes! 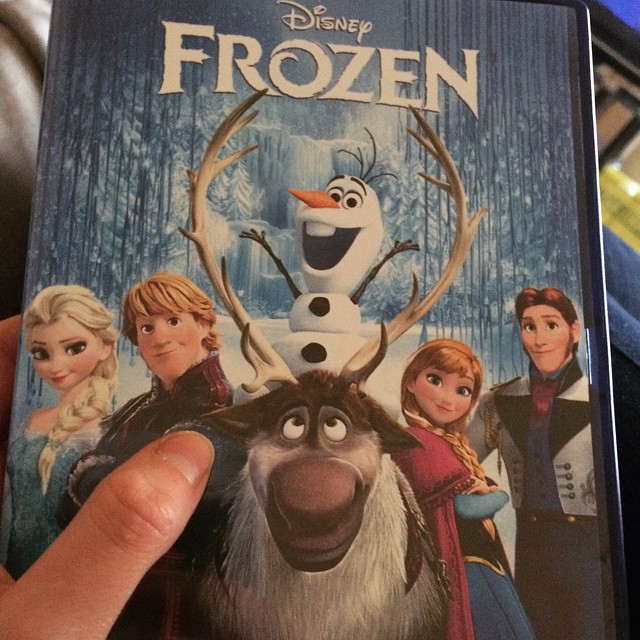 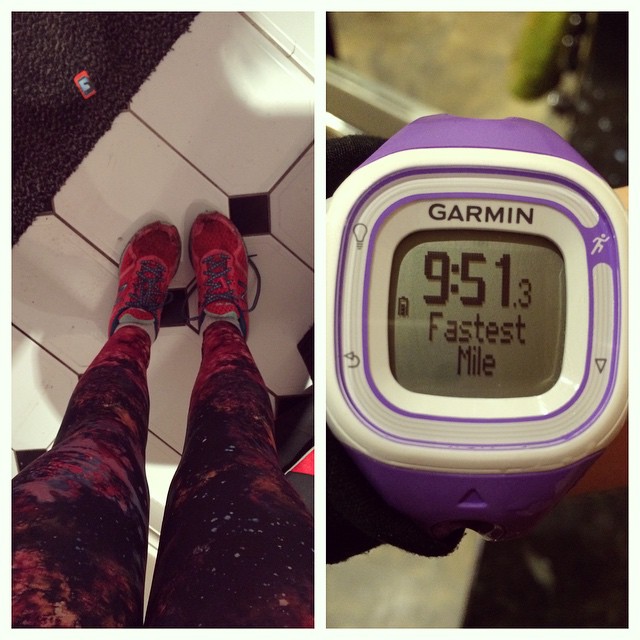 Between the two football matches we had leftover Christmas dinner and then after the game we finished off Frozen. Can you believe I hadn't seen it before? I loved it!
Tomorrow we're having our annual Les Mis night - my Dad goes out with his mates, Phil comes over, we have dinner and then Phil looks after us while we cry. Then if we're lucky my Dad comes home drunk with a calzone and everyone's a winner!
I hope your Christmas has been wonderful too!