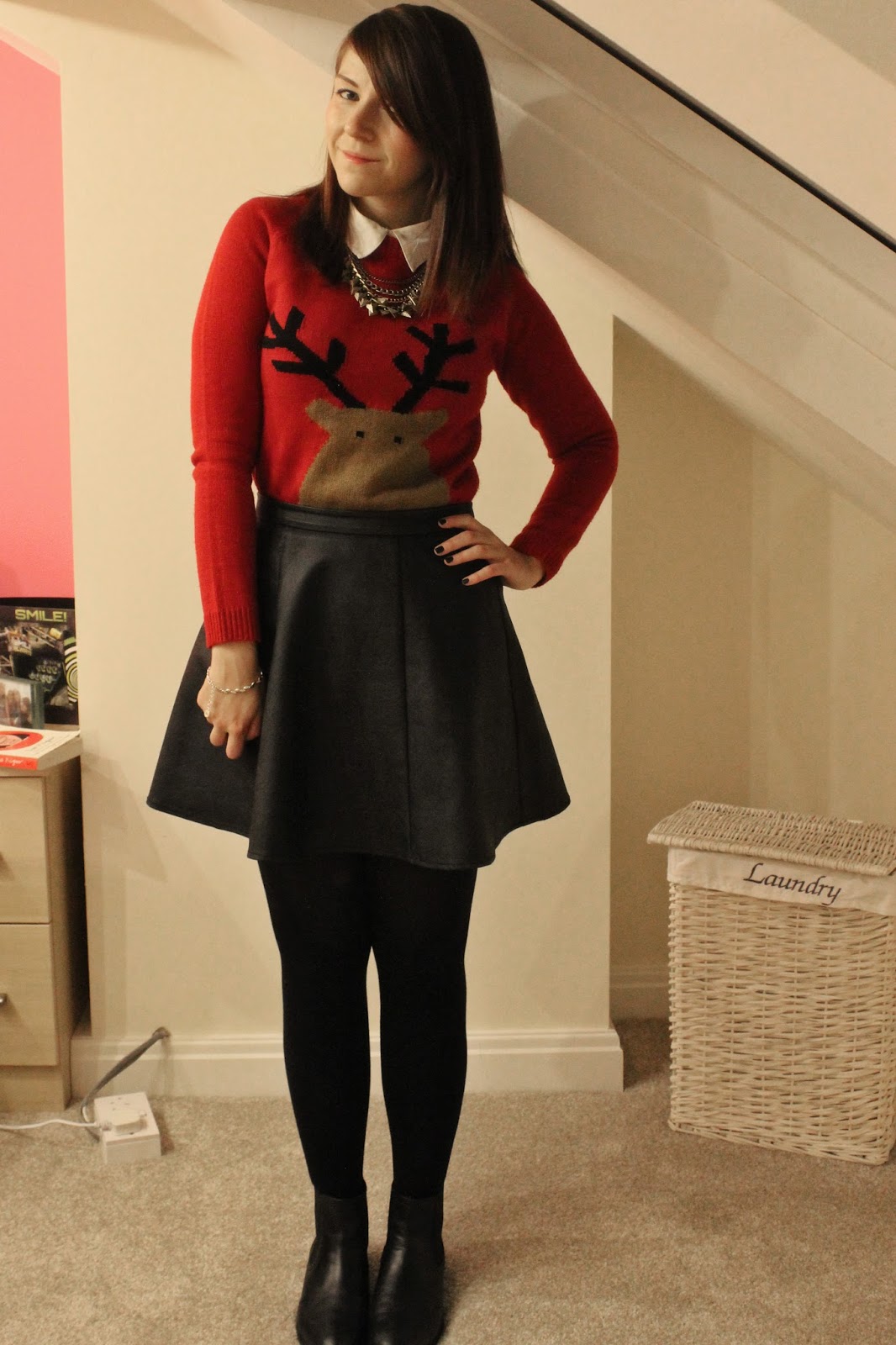 I'm sorry that I tried to make "before-work" photos happen. I don't know what I was thinking. Well, I do. I was thinking that I really liked my outfit and didn't want to wait til weekend to photograph it so I went for it. The funny thing was I didn't actually realise how awful the lighting was on these photos after I took them. It was only when I put them on my computer that I was like, oh god. But I really like this outfit. I actually stole it from a mannequin in Dorothy Perkins. I hadn't really considered trying to tuck a jumper into a skirt. It only really works with skater skirt (I tried with my pencil skirt. It made me look pregnant), and still makes you look pretty bulky. But now December is here I pretty much just want to wear Christmas jumpers (I've worn two this week so far) and I get bored of just wearing them with jeans. Wearing them with a skirt feels like a bit of a revelation. 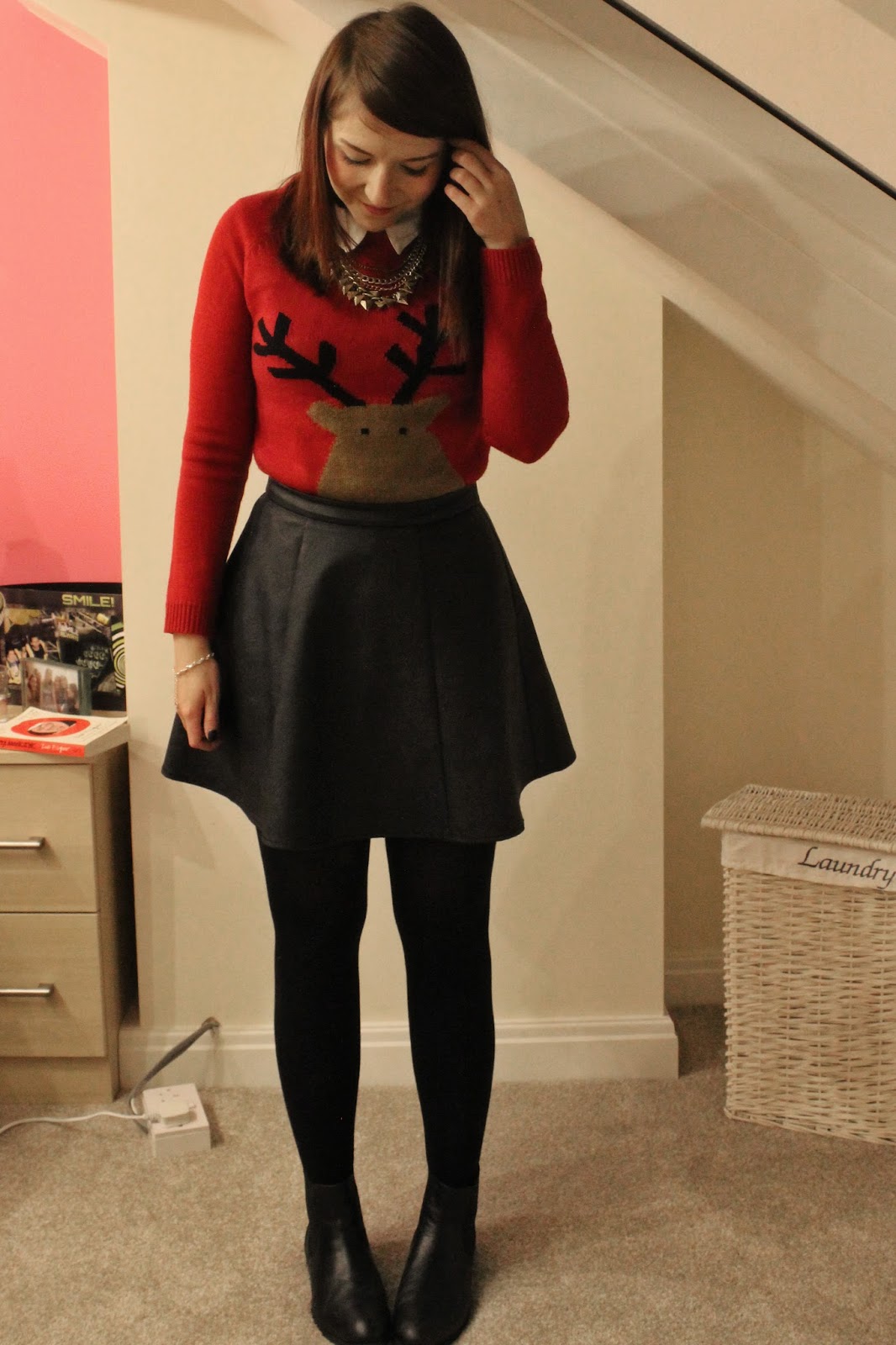 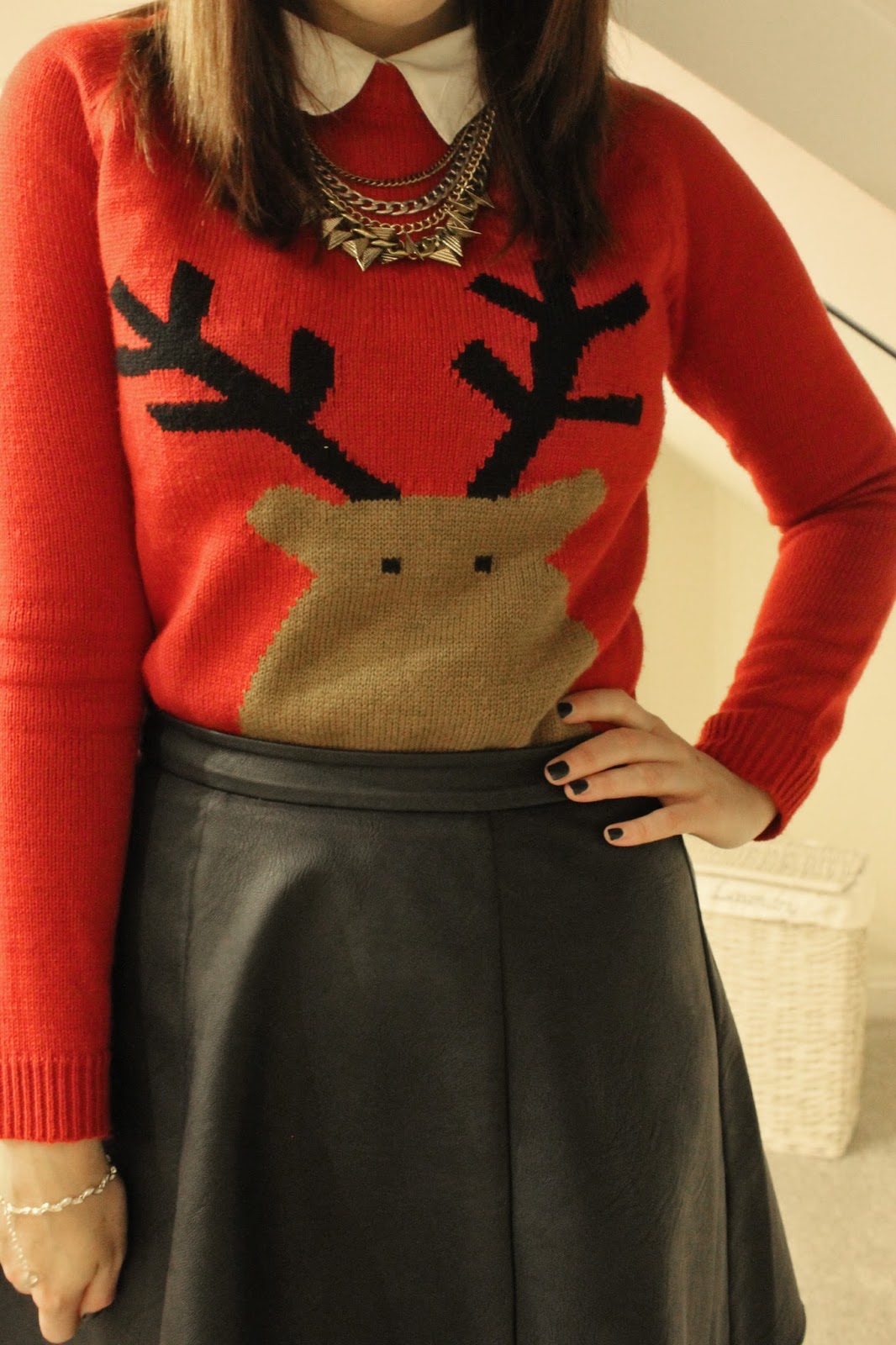 I hate not being able to photograph my outfits til the weekend. However it does give me an excuse to just wear boring outfits for work! I'm struggling a bit with how cold it is now. Don't ask me how I used to cope with -20 degree weather when I lived in Minnesota. I love that it's December now though. I'm such a big kid when it comes to Christmas. I love all the sparkly lights in Manchester. I don't, however, love the shoppers. I like to go out at lunch for a break from staring at a screen but after spending 40 minutes queuing for collection in House of Fraser on Monday lunchtime I've decided to stick to shopping online. Phil and I went to the markets on Sunday though. I always say I like the idea of the Christmas markets more than the reality, which is true, but it's one of our little traditions now so I like to go. I had some garlic bread with cheese and peppers and, my favourite, white chocolate-covered strawberries on a stick, while Phil had a hot dog, seafood paella and a chocolate-covered apple. I'm in full-on Christmas mood now. It's Phil's work's Christmas do on Friday which should be fun (I'm wearing this) and then I have my next few weekends booked up with Christmas parties, evenings out and all kinds of festive stuff. I wanted to put the tree up this weekend but my Dad says it's too early, so I think it's going to be the 14th. Things I'm looking forward to include: putting up the tree, watching Love Actually (my favourite Christmas film), watching Elf, making mince pies and the Parkrun Santa run. Speaking of Parkrun - I got my first PB in over a year last week. I'm down to 32:09 which isn't bad considering I'd only ran Parkrun under 35 minutes four times before and I usually run about 36 minutes. That 30 minute 5K isn't seeming too far off now! 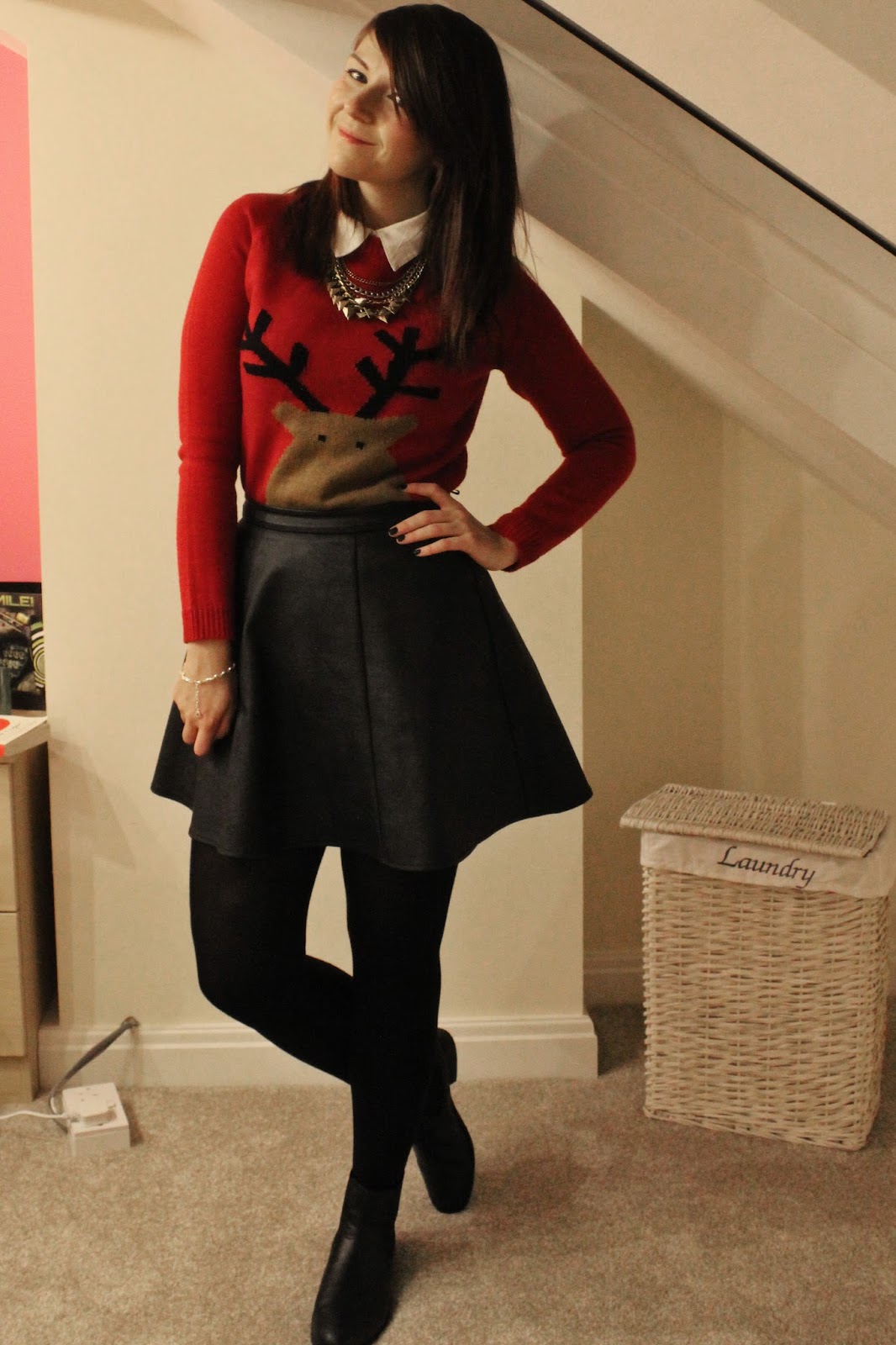 Well I hope if nothing else this post gives you some new ideas on how to wear your Christmas jumper, beyond the ol' jeans and boots combo.

Have a great week!