The Best Weekend Ever 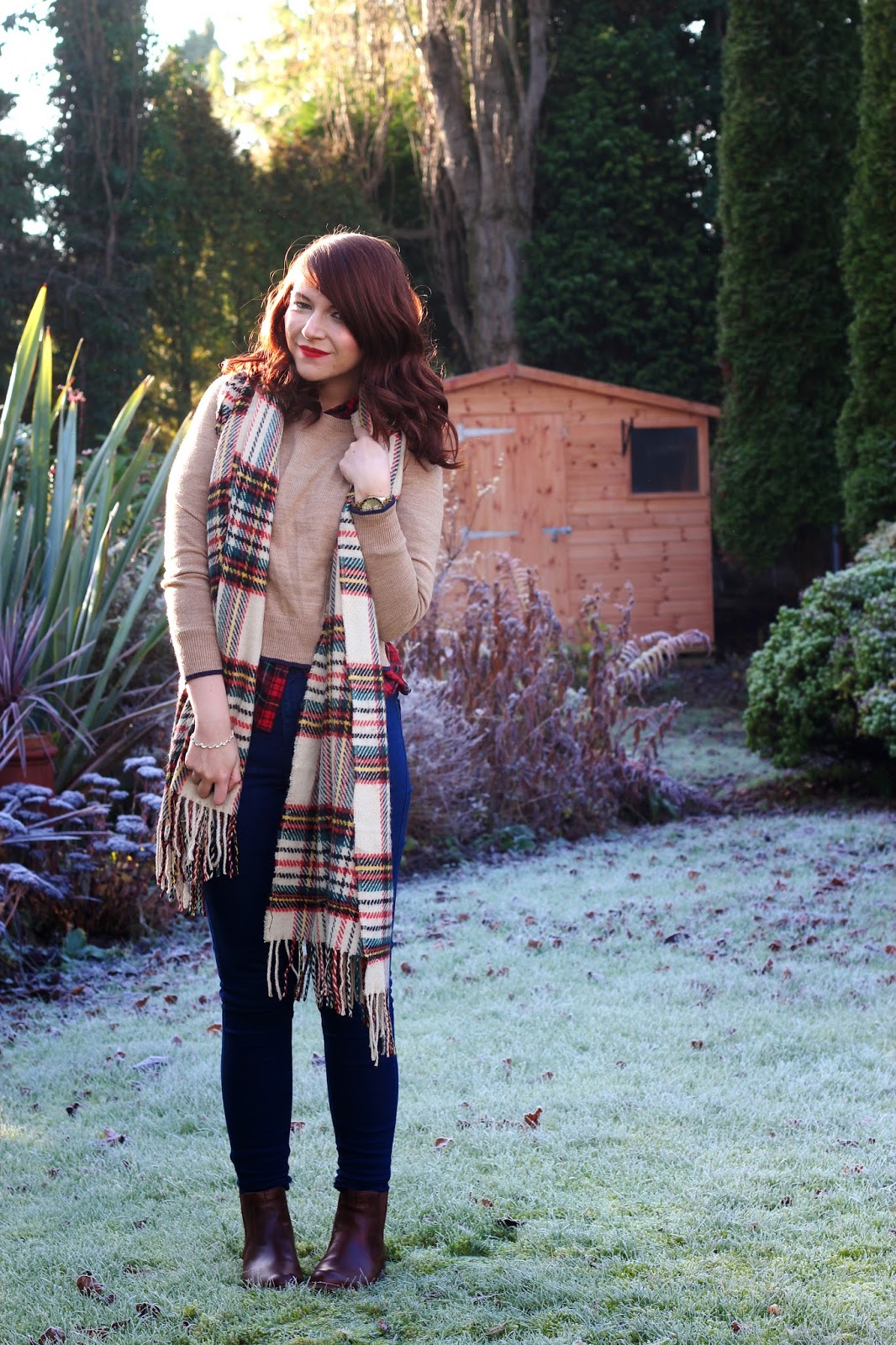 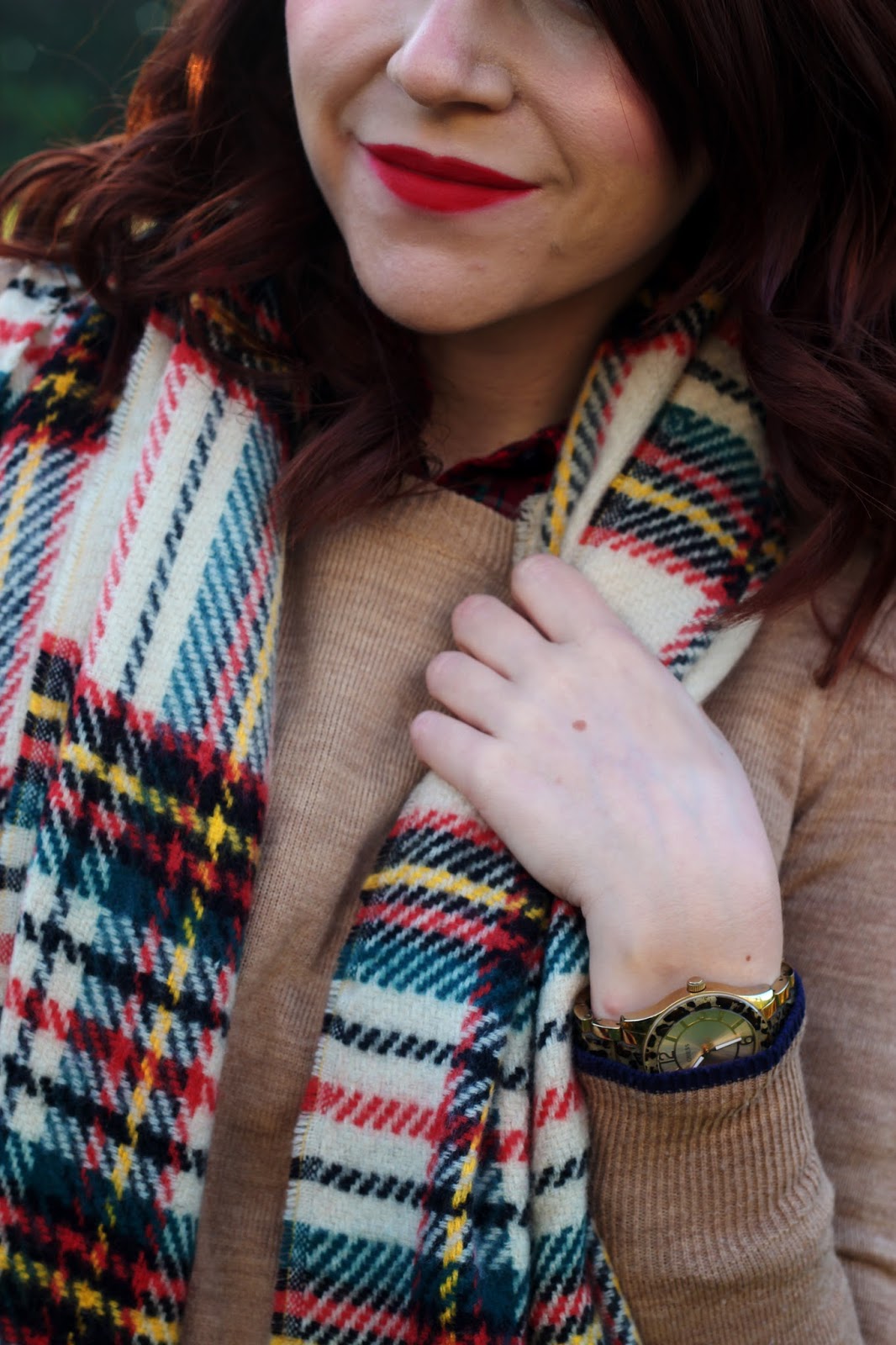 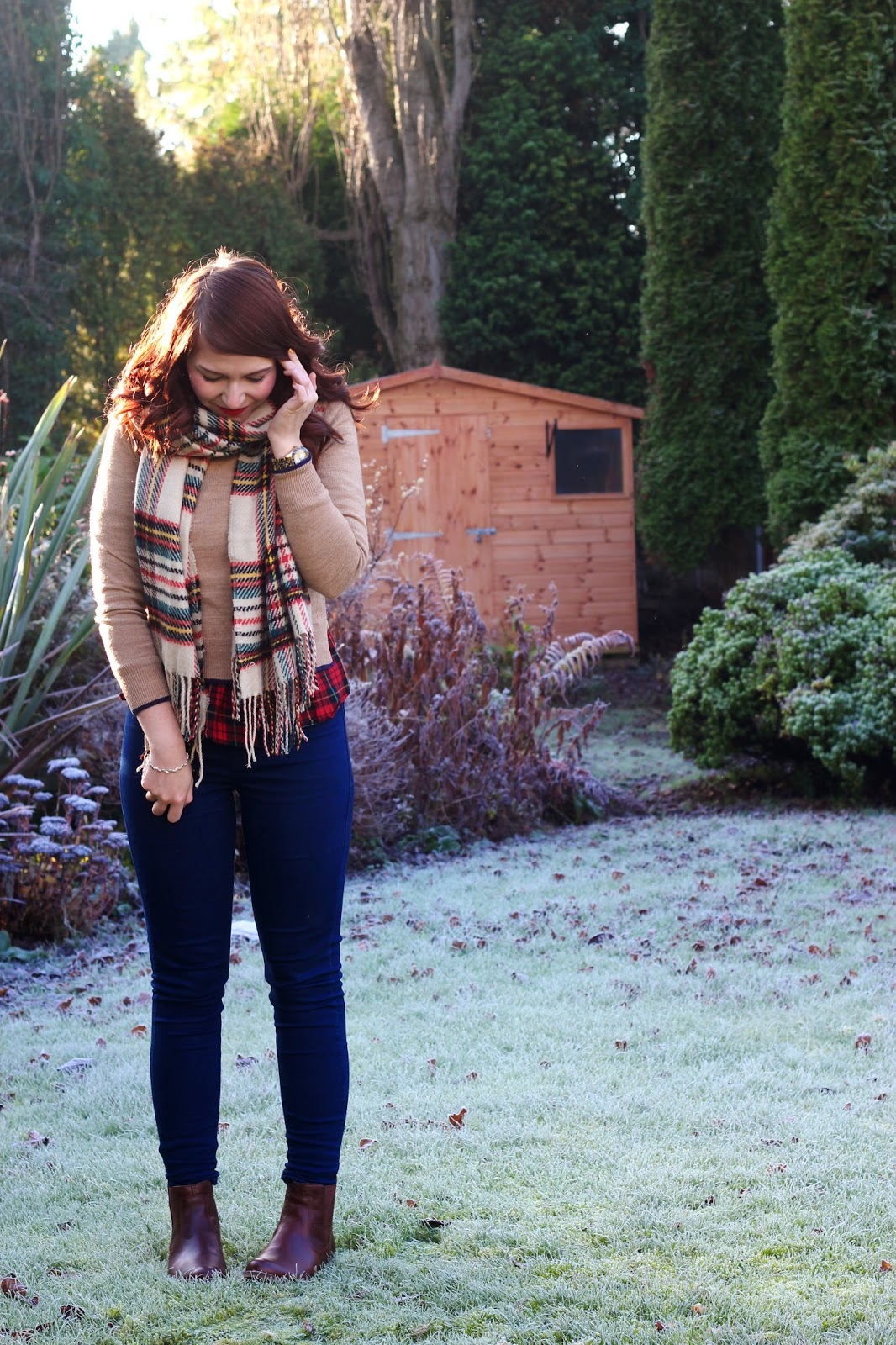 I know, that's a pretty hyerbolic title, but I'm feeling pretty hyperbolic. BEST WEEKEND EVER. It all started on Friday, when we got some absolutely incredible, and unexpected, news about one of Phil's friends who has been really poorly. Then Phil told me he got his payment through for the car crash he had back in the summer. Then we started to get excited about the flat viewing we had booked for Saturday morning. Good things come in threes, right? Friday night was Phil's work's Christmas do so we got all dressed up (I wore this) and had a really great night. Saturday morning we had a flat viewing. Now to put this into context, flat hunting has been the absolute bane of my life the last few weeks. We're not looking to move until after Christmas, and property in Manchester city centre moves faster than the speed of light. We've called up on the first day properties have been available and been told they've already gone. We've booked viewing for properties not available til January and then got a call an hour before we were supposed to go saying the flat has been let. We arranged about four viewings that we never even made it to. But we were excited about this one. I'd gotten the email alert in the middle of the night, and was on the phone with them at 8.01am Friday morning. We couldn't go that day, but we were told we could go Saturday and that we were first in line. Phil was excited because of all the good news but I wanted to try to be objective. We got to the flat, looked around the area, found the parking area and assessed how safe the area looked. Then we went inside. You know how they say when you know, you know? I knew in about 20 seconds. We'd found out flat. As Phil has said since, "it's just, us." It's perfect and it was love at first sight. However, as we told the estate agent we wanted to take it, she said a lady had seen it at 11am and was also keen. She told us it was basically a race against time on who could get to the office first to pay the agency fees. We ran to the cash machine and headed straight to the office. We debated the pros and cons along the way, but we were both giddy. When we arrived, the office was empty and the other estate agent was waiting for us. It turned out the other lady wasn't right for the property and it was ours. We had our flat! We spent the day in a bit of a giddy daze, stopping every now and again to look at the photos and gush over it. We move in in February which gives us a few months to get everything ready, but we're so, so excited. We also finished off the night by winning the quiz we went to with Phil's family, which was just the icing on the cake! 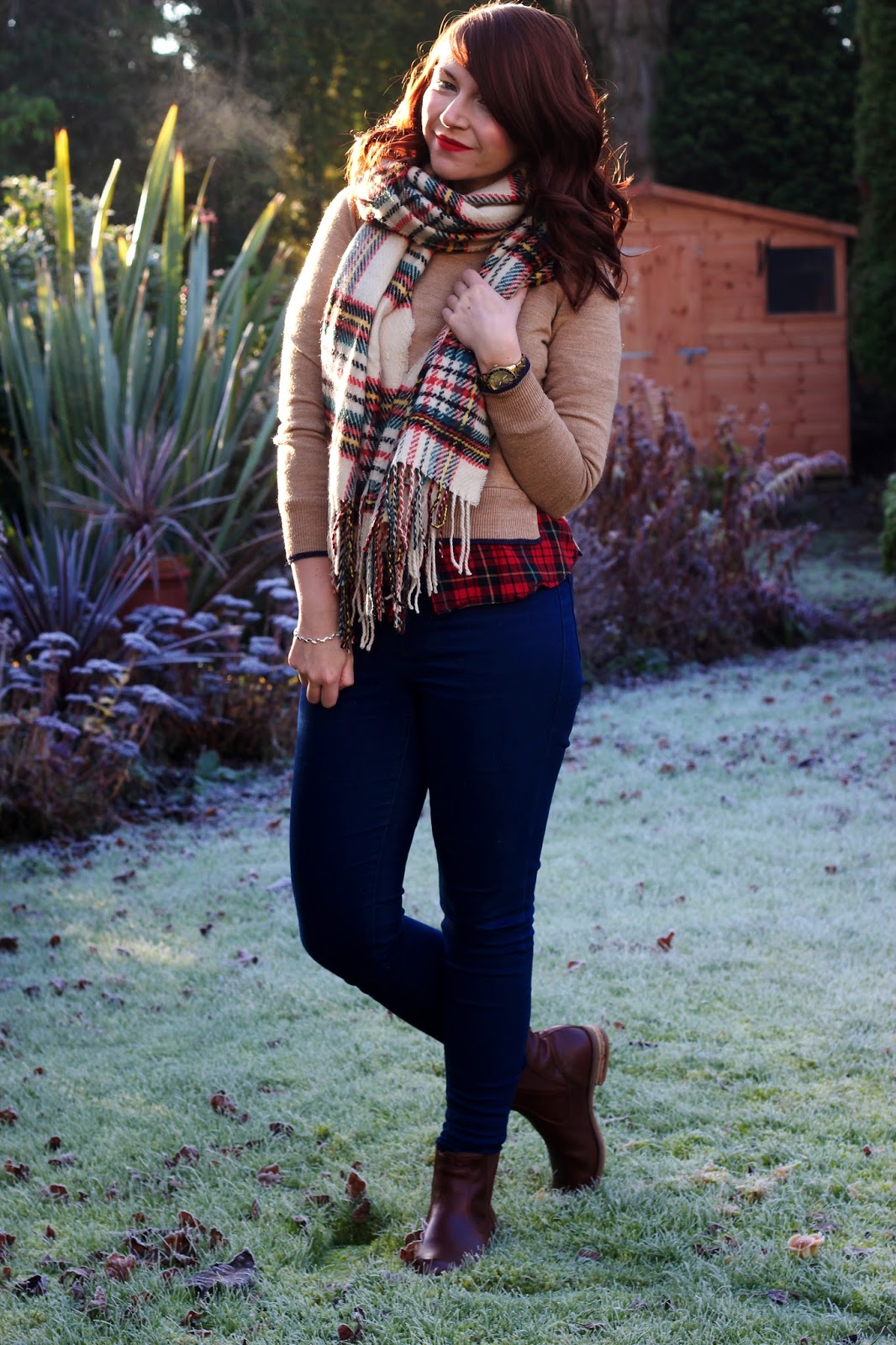 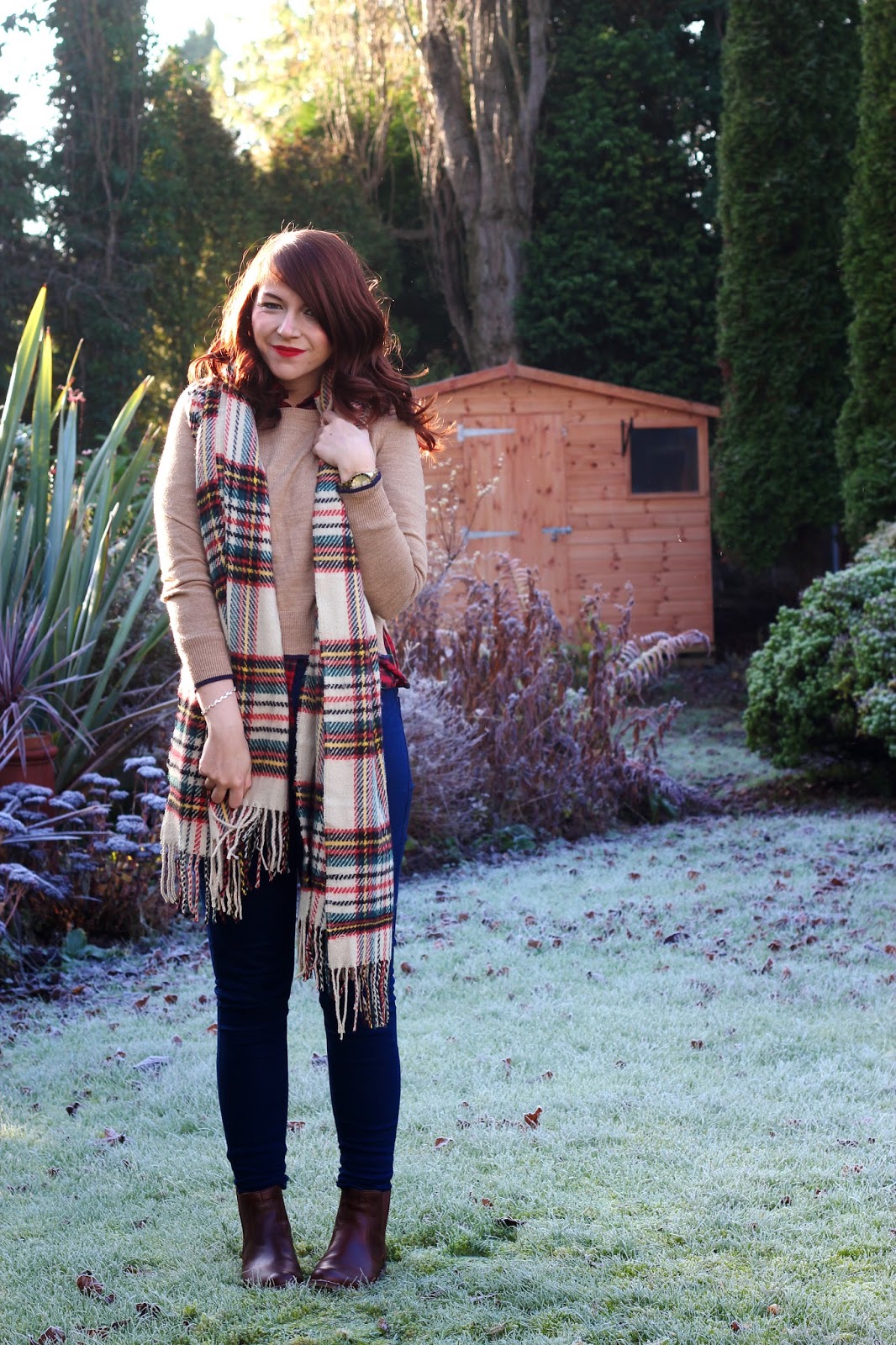 Anyway, back to clothes. I am completely and utterly smitten with this scarf at the moment. I just want to wear it all the time, and I was desperate for a way to build an outfit around this scarf and these boots. As much as I hate to admit it, my old brown boots have seen better days. I had them reheeled and resoled a few months ago but they are a bit worn out, but these Timberlands are the perfect replacement. I wore them all around town running about yesterday and they are so comfortable. In the winter I tend to just rotate between two or three pairs of boots - this year I'm all about the Chelsea boot. 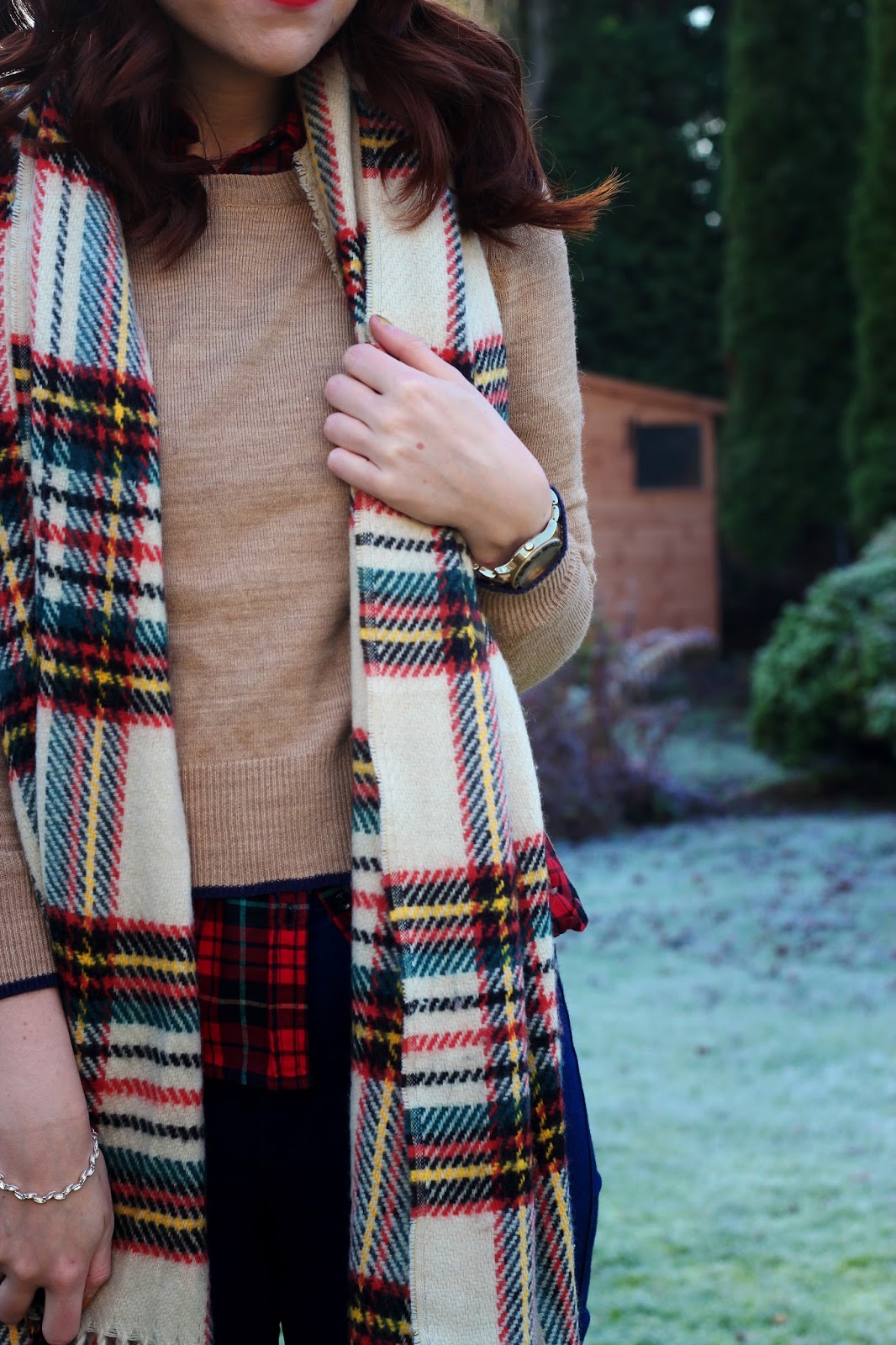 I had a great run again this morning too. I wanted to have a long, slow run but now I've gotten used to getting up my speed I just want to keep pushing! I hit the wall the last mile or so because I hadn't eaten before I went, but I ended up running the last mile at my fastest time ever and nearly broke 10 minutes (it was 10:06). I finished 5 miles in 53:59 and I was absolutely over the moon. I've done some freelance work, made a Thai lentil chilli for tonight and I'm just about to go see the new Hunger Games.
Hope your weekend has also been great!