Why Being in Your Twenties Sucks or, Comparison is the Thief of Joy

I've had this post part-planned and sat in drafts for months, but with my 25th birthday just around the corner I decided there was no better time to set it free into the world. 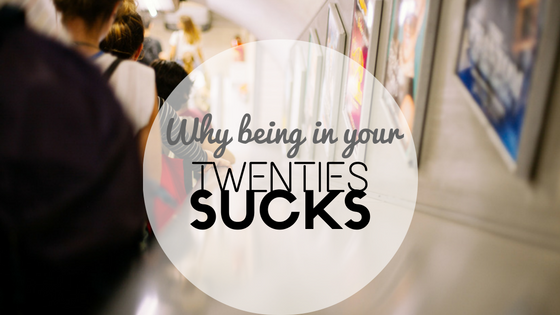 In 11 days I turn 25.
Getting older has never normally bothered me. In fact as an impatient person always rushing to the next phase in life I’ve usually greeted it.
But 25 is hitting me harder than I expected.

I’m not where I thought I would be at 25.
I’m not in the same place as some of my friends or people I know.
And I know it shouldn’t matter. I know I shouldn’t keep comparing myself to everyone else and constantly putting pressure on myself to be more, do more, go faster and further.
But I can’t help it.
And that’s why being in your twenties sucks.

For the most part, until I was twenty one, all my friends had followed a similar path.
School, college, university.
We took different courses, some - like me - had a year abroad and graduated a year later, some moved away for university, some stayed at home. Some lived with their parents, some lived away, some had boyfriends, some were single. But for the most part, we were following the same path. 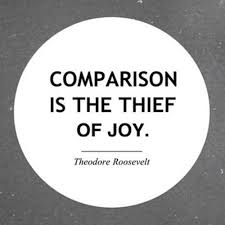 I remember it happening specifically seven or eight months ago.
I'd just been made redundant and was in the process of interviewing for other positions.
I was feeling pretty damn low.
I had just lost my dream job and I was living with my parents.
My friends and I met up and I spent the evening feeling inadequate as I heard about promotions, new houses, jobs they loved.
I went home and cried.

Now I knew that I didn't want to buy a house.
I didn't want to move to London.
I definitely wasn't ready for a promotion.
But I felt like I wasn't getting anywhere.
Where was I going? What was I doing with my life?

My Dad always tells me "life is a marathon, not a sprint."
Never has that been more true.
In your twenties, everyone moves at different speeds.
Some buy houses early, some get married young, some don't get married at all.
Suddenly, we all want different things.
We're all on different paths.

But the problem is comparison.
I’ve always been one of those people who is constantly comparing myself to other people. And it’s not always a bad thing.
This constant comparing makes me ambitious, determined and stops me from giving up.
But it can also be the reason I find myself sobbing on a Wednesday night wondering what I’m doing with my life.

Another thing my Dad always says - “whose life would you swap for? All in?”
And I know that I’m doing okay.
And that some people are probably comparing their lives to mine.
I live with my boyfriend in the centre of Manchester.

I'm a wonderful, brilliant relationship.
I have a job in the industry that I love.
But I can’t help wishing some things were different.

I find myself regretting decisions that were right for me at the time.
Staying in a job that I hated for a year at 22 and feeling as though I wasted a year of my life.
I know in reality I needed that job at the time, and sometimes you need a job that you hate to make you appreciate a good job.
Joining a company that made me redundant six months later. As if I ever could have known.
Not waiting and getting a job in marketing instead of taking a sales job.
But would I have been able to cope with that wait?

Don't get me wrong, I'm happy.
Moving in with Phil was the best decision I ever made, and looking back on last year getting made redundant was a blessing in disguise.
I love having our own place even if it means my disposable income is non-existent and I have to do my own washing up.
But it's hard to not look at other people and want what they have, even though we have no idea of what's really going on in their lives.

I guess the point is to stop comparing. Stop planning.
Stop it with our five year plans and goals by the time we’re 27.
Stop expecting life to look a certain way.
Stop comparing yourself to everyone around you and appreciate the great things in your life.
Stop thinking the grass is always greener.
Stop living for the future when everything will be magically different and better.

And if you figure out how to do that, you let me know.
Labels: essays life