Half Marathon Training: I DID IT! 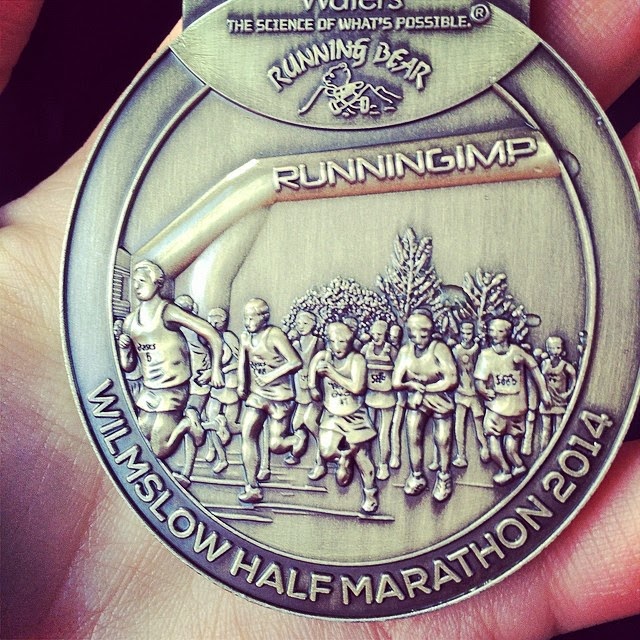 And the honest truth? It was the hardest thing I've ever done in my whole life. But I did it.
I was nervous when I got there. Thankfully running into Phil and his family calmed my nerves. I was scared but excited at the starting line. Edging my way right to the back. Way past the 2 hour mark.
I didn't have a goal except to finish. But in the back of my mind I wanted to do it in under 3 hours.
As the crowd starting to move I picked up a good pace and got excited as I saw my first few miles come in at under 12 minutes.
But after 3 miles I was already getting tired.
At 5 miles I hit my stride. I was singing along to my music and enjoying the sunshine after starting out in hail.
At 9 miles I hit the wall.
Knowing I had 4 miles still to go.
Those last 4 miles were hard. Harder than anything I had ever experienced before.
The Wilmslow Half Marathon is marketed as a big race for serious athletes. Of which I am not. With only 4000 places I was naturally going to fall near the back but I didn't expect times when I couldn't see the person in front or the person behind. After a 2 and a half hour cut off they start to reopen the roads, which means if you're near the back like me, you have to watch for traffic too.
At 11 miles I lost hope of a 3 hour finish. I just wanted to get through it.
The exhaustion is indescribable. I was dragging my feet knowing I had miles to go. Knowing nearly everyone had already finished. Feeling disappointed that I was so near to the back.
I still couldn't see the end after 12.5 miles and was starting to panic, but just as I was getting to 13 miles, the end was in sight.
So I sprinted.
I saw my Dad cheer me on from the side, long after most of the other spectators had gone, their friends and family having completed the race hours before.
I crossed the line at 3 hours 2 minutes with tears in my eyes.
And then I saw someone waving. And heard my favourite laugh.
It was Phil, who had finished 40 minutes before (even with two dodgy knees!) and his family, waiting for me with my mum.
I walked straight over to Phil and just dropped myself onto him. It was over.
I'd done it.
While part of me is beating myself up about my time, a year ago I couldn't run for a minute. I had no interest in running.
The people coming in with one hour and two hour times have been running for years, not just 9 months.
And regardless of my time, I made over £500 for the Alzheimer's society. And that's what matters.
So for every person who thinks they can't run a half marathon, go back a read my story.
Read from when I was so inspired by my friend Eve running the Great Manchester Run that I signed up for the following year's, despite never having run in my life.
Read those first difficult weeks of couch to 5K. The revelation of my first 20 minute run.
My first 5K.
My first 10K.
The struggles and the injuries and the pain of my half marathon training.
A year ago I was just like you. Convinced I couldn't run. Would never run.
9 months after started to run I've completed a half marathon.
It is possible.
It's not easy, it's not always fun, and it bloody well hurts at times.
But the sense of achievement from completing something that you never thought you'd be able to do is worth it.
And when I beat myself up about my time I think back to myself a year ago and how shocked I would be if I was told back then I'd run a half marathon.
Bring on next year. 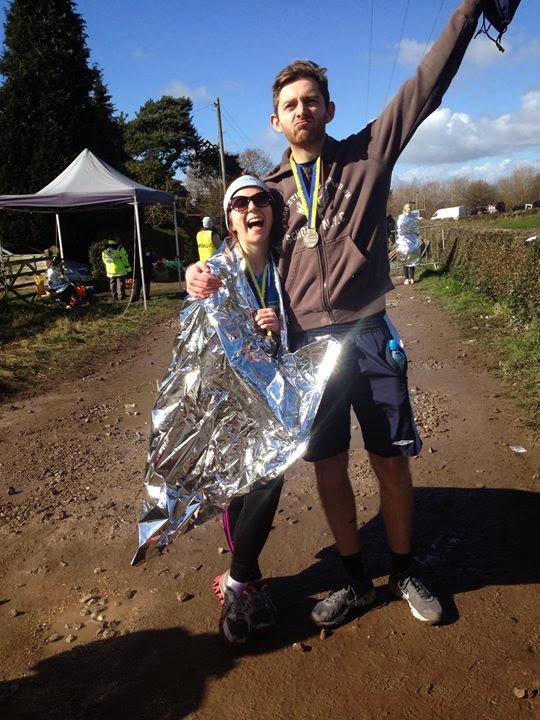