Well I finally made it home in one piece yesterday afternoon after a loooong 18 hour wait at the airport. How I snagged a seat on that flight I will never know, but I have never been happier to be back in beautiful Duluth. I arrived, however, without my luggage, but that arrived today so it's all good!

As you can imagine, I took over 400 photos during my trip so I'm not going to share them all with you! I've chosen some of my favourite to post on here and I'll tell you as much as I can about my trip without boring you! Tomorrow I'll be back onto regular posts, outfit photos and I'll tell you all about the new additions to my wardrobe I obtained in New York and Minneapolis last week. 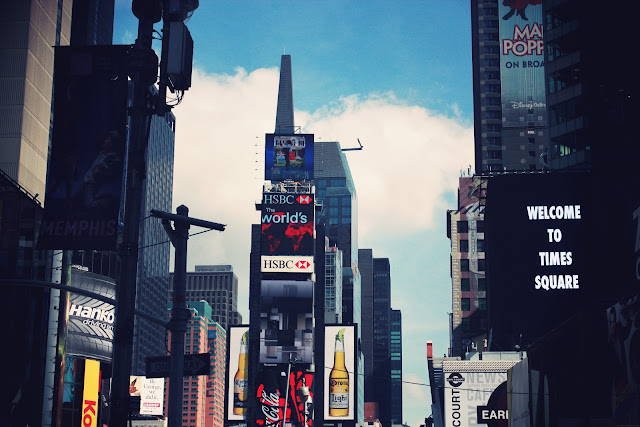 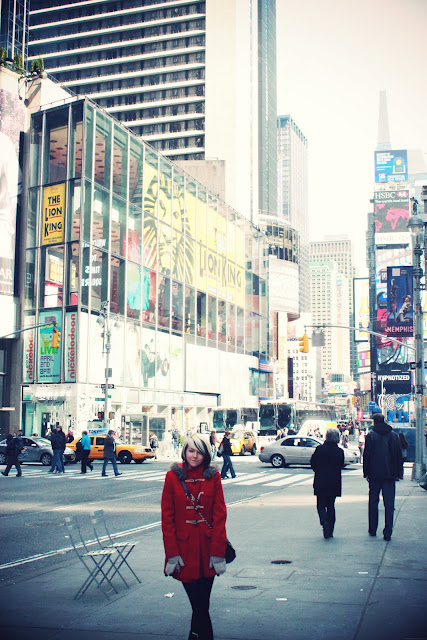 We stayed on 7th Avenue (also known as Fashion Avenue!) so we were just a few blocks away from Times Square. Times Square is absolutely awesome in the daytime but it really comes to life at night. By the end of the week, the place felt like my second home. I love the busyness of it all and the shops and restaurants. I spent far too much money in MAC and Sephora there on the last day!! 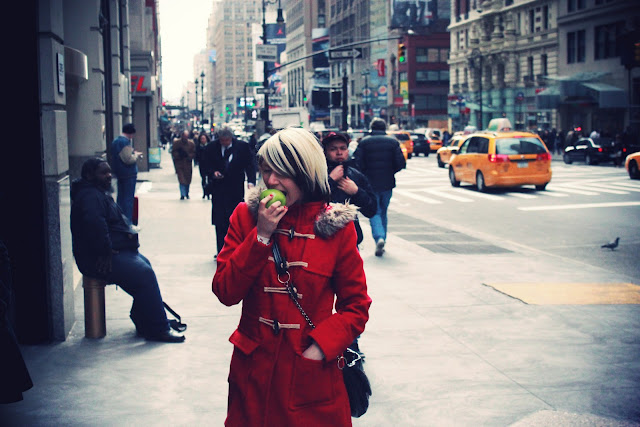 My Dad and I think we're hilarious- here I am in the Big Apple eating, well, a big apple.
We spent most of the first day on bus tours so we could get a real feel for the place. My parents had been before so they wanted me to see everything they'd seen. Bus tours were definitely a great idea because it helped me to decide where I wanted to go and what I wanted to see, plus it was so interesting to hear all about the history and the famous landmarks. I got really excited when I saw the hospital where they filmed scenes from The Godfather and the street where Carrie hits Big over the head with her flowers in the first Sex and The City movie! 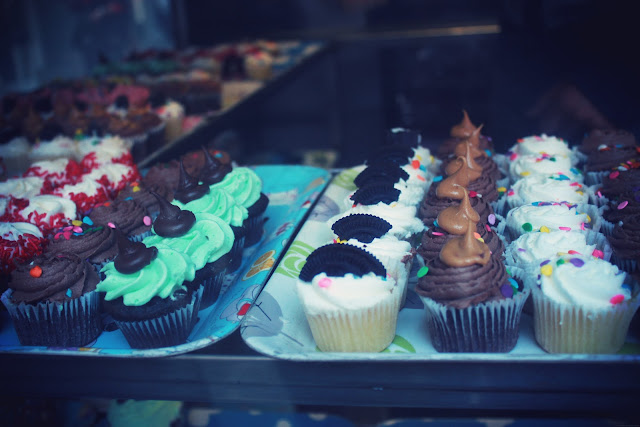 Wednesday was horrible and rainy so we spent the day on a great boat trip and I had my first glimpse of the Statue of Liberty. When the weather improved we went down to Ground Zero and then walked to Soho. I have to admit, I wasn't that impressed with Top Shop!! I definitely miss Top Shop back home!! Soho was great though, my favourite part being this little cupcake vendor at the side of the road- so cute!! Then we headed down to Greenwich village which was full of cute little shops and cafes. We stopped for a drink in an awesome little Mexican bar and the table next to use ordered guacamole, which the guy made fresh right in front of them! Afterwards we went to Central Station and I got all excited when I realised it's the station Serena first comes into in Gossip Girl when she arrives back in the first season. Unfortunately, all my pictures of that came out rubbish, so here is a picture of the guy making guacamole! 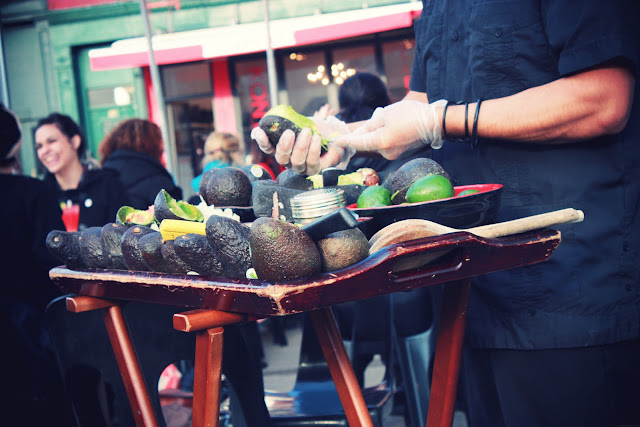 Thursday was St. Patrick's Day so we went down to watch some of the parade. It was an absolutely beautiful day and must have hit 70 degrees- a big change for me after living in a Duluth winter! We decided it might be quieter so head down to see the Statue of Liberty and Ellis Island. It wasn't- we queued for quite a bit, but on such a lovely day in Battery Park, it really didn't matter. 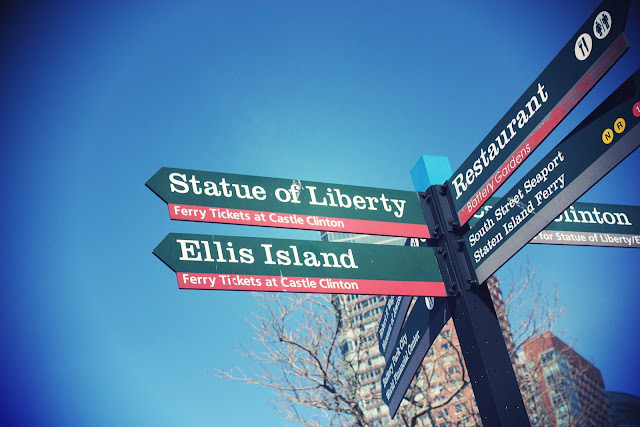 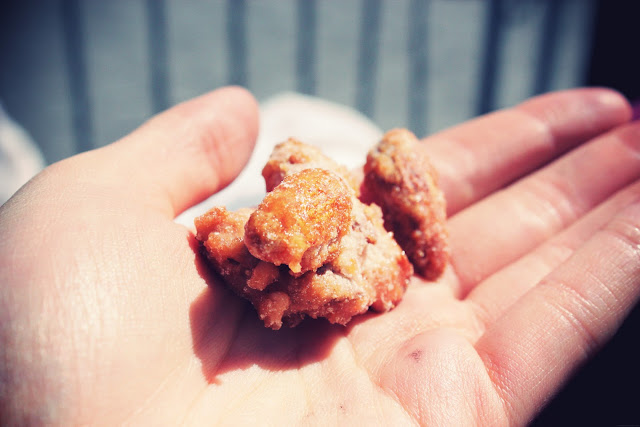 Of course, I insisted on trying some candied nuts from a street vendor!
The boat trip took us to the Statue of Liberty, but we decided as it was getting late in the day not to get off and see it and instead went to Ellis Island and to the Immigration Museum, which was really interesting. My Dad's Grandma came over to New York in 1912 and worked for the Vanderbilt Family and we think we found her records on one of the machines! 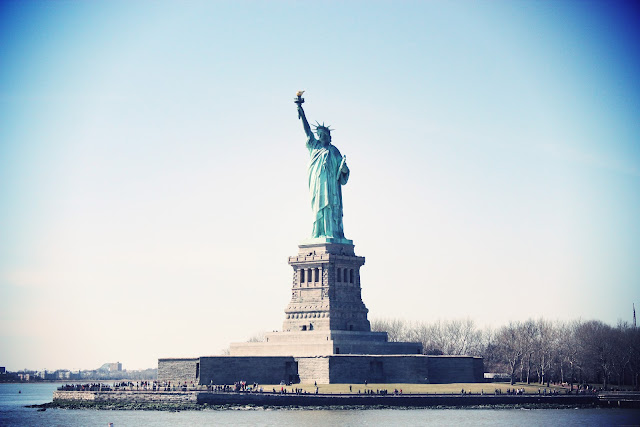 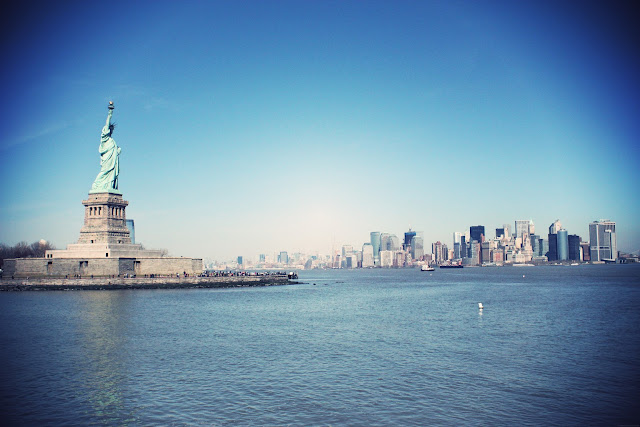 I think this is my favourite picture from the whole trip 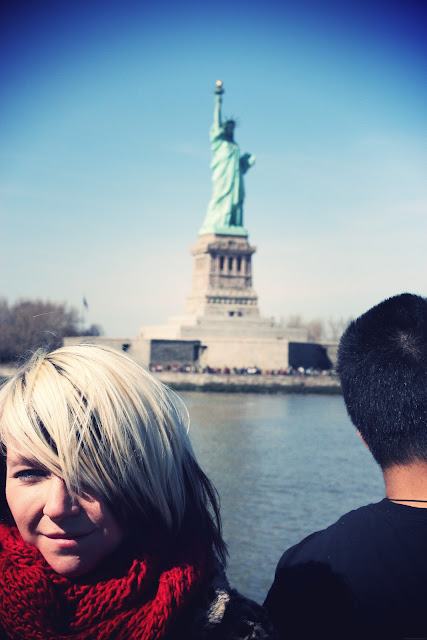 In the evening we decided to go see Chicago on Broadway. I'd never seen the play, or even the film, before so I absolutely loved it. I started dancing when I was 2 for 11 years and started up again at University. Seeing productions like that really makes me want to dance and sing more. I really miss musical theatre! 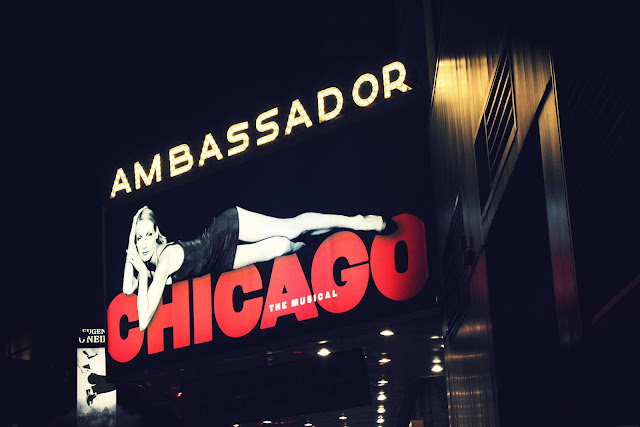 On Friday we decided to go up to the Rockefeller Center to see the amazing view, and again, what a gorgeous day to do it! We were so lucky with the weather, however Saturday definitely looked a lot warmer than it was, and I think my lack of coat that day is the reason that I'm currently sick with a cold! 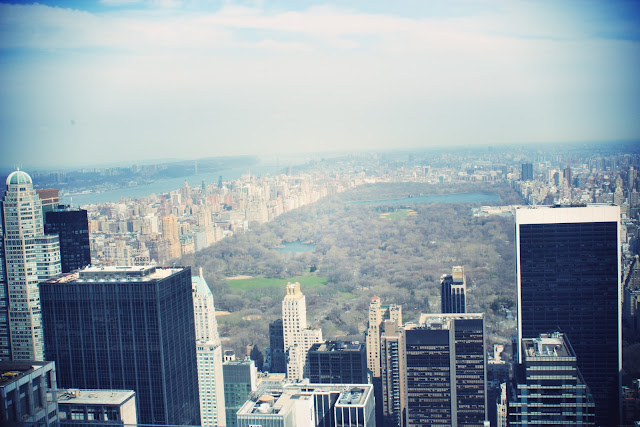 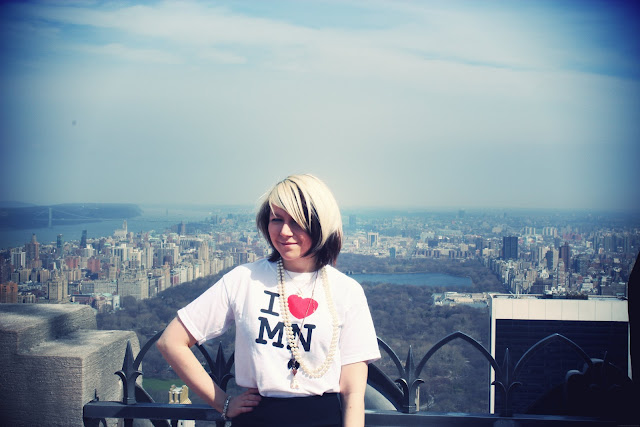 I wore my "I heart MN" tshirt all day on the Friday. I know most people thought I was an idiot, but I thought it was fun. I loved telling people "well, I'm English but I live in Minnesota." Having my parents see where I live made me so proud of my State! I am definitely seriously attached to MN :]]
Someone in the afternoon said to me "I love New York too" and I indignantly replied "It's not New York, It's Minnesota!" 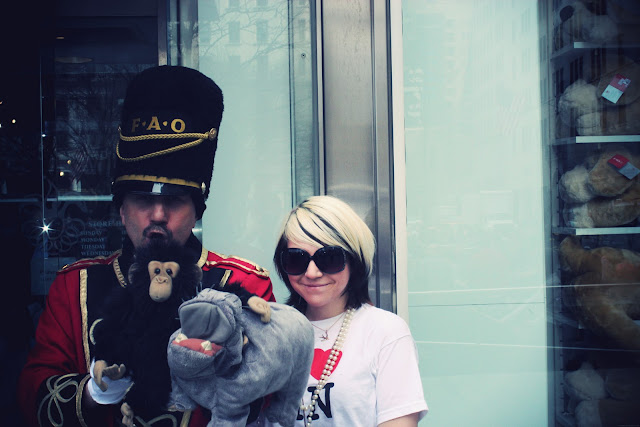 This is outside the FAO Schwartz where the Big Piano scene in Big was filmed
In the afternoon we went to Fifth Avenue and had a look around some of the shops (I had to go in Tiffany!) and then walked around Central Park. Central Park is just so beautiful. I love that in the middle of all these gorgeous, urban buildings is this beautiful little park. My cousin proposed to his wife there, too!! 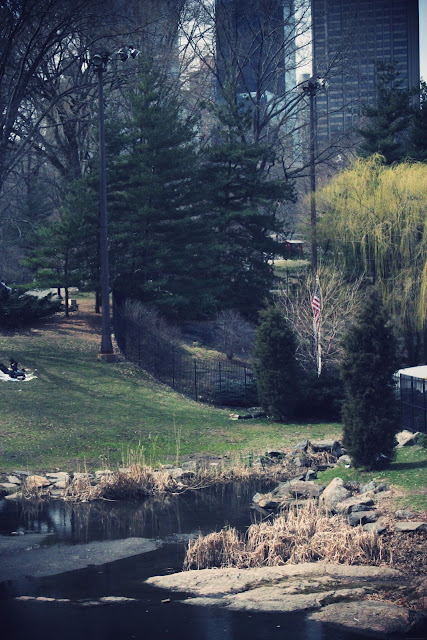 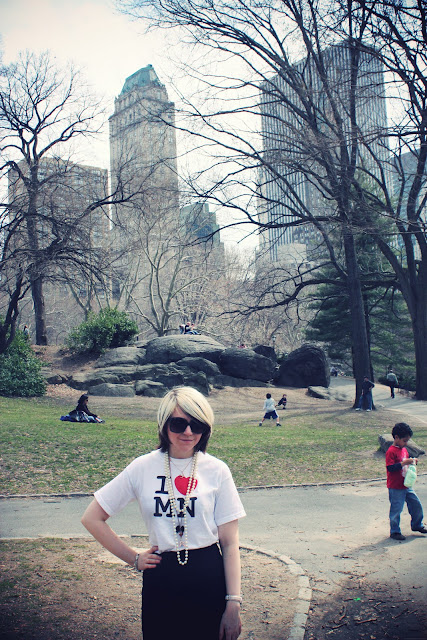 Saturday was getting towards the end of our trip and it was a kinda cold, windy day, so we had a bit more of a relaxing day and took the subway to Brooklyn to walk across the Brookyln Bridge. Brooklyn is very different to what I expected but I'm sure if I ever live in New York that's where I'd live. Apparently the average apartment in Manhattan costs 1.3 million dollars!! 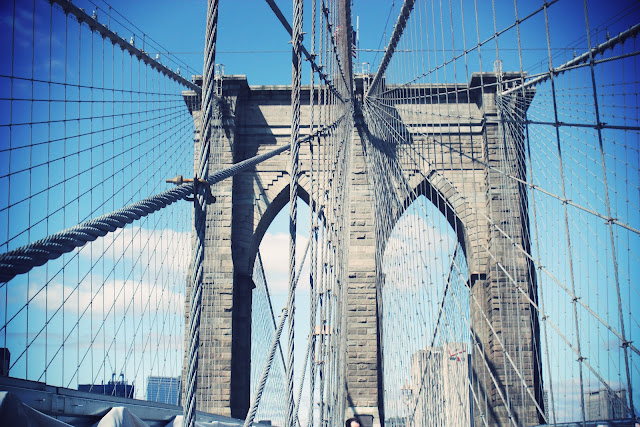 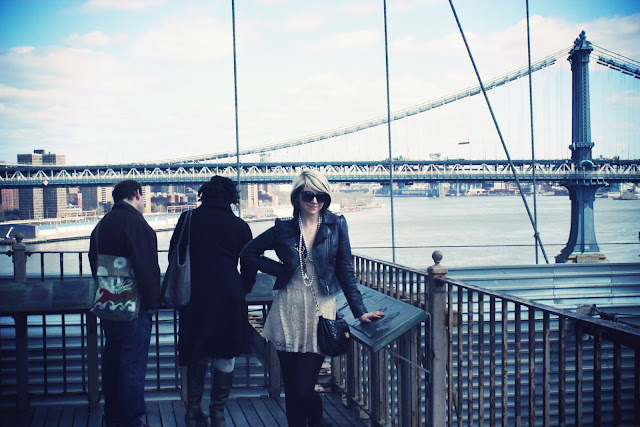 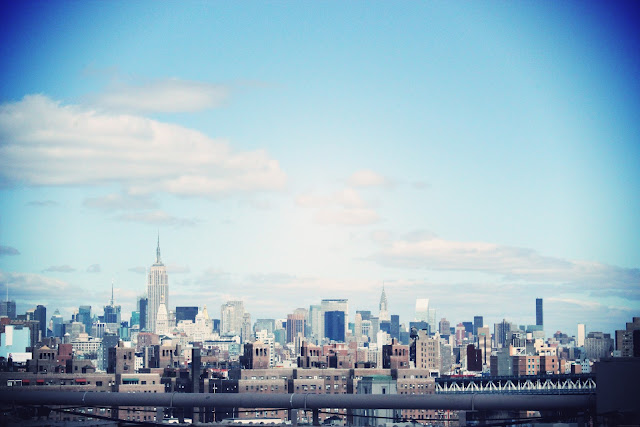 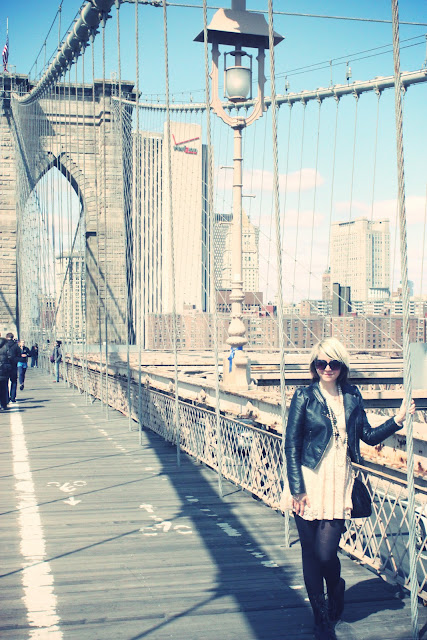 Afterwards we went to Bloomingdales and I bought an amazing red jacket from Zara which I'll show you soon. I did try on a trench coat (as I was desperate to find one on this trip), but it turns out I really don't suit them, but the red jacket is definitely much more me!!
We had an early night on Saturday and just spend Sunday in Times Square. I had my eyeshadow done in MAC and bought some new makeup which I can't wait to show you. Then I ended up saying a very hurried goodbye to my parents at the airport and to cut a long story short, finally got back home after a night at the airport, a lot of crying and a lot of waiting!!
I hope you all had a fantastic Spring Break and aren't too bored of my photos!! I'll try to get an outfit post up in the next few days :]]
Charlotte xxx
Labels: broadway makeup minnesota new york photography spring break times square top shop travelling zara