Take me out to the ball game. 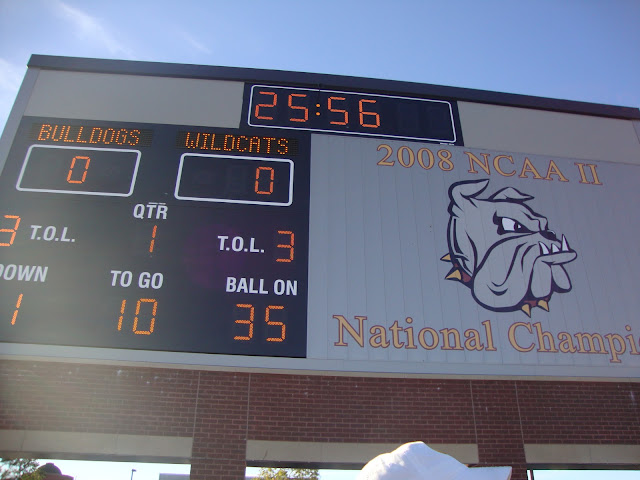 Well, yesterday Lauren and I went to our first American Football game!!
It was an experience we really wanted to have while we were over here, and it was fun but not something we would want to do again any time soon!!
Firstly, it takes FOREVER. Okay, four fifteen-minute-long quarters. Fine. But when you stop the clock every 5 seconds (I'm not even joking), what should take an hour takes TWO AND HALF HOURS.
Not cool when you're in Minnesota and it's cold :[[[
I enjoyed it to start with but it was just one of those games where the first quarter was really exciting and the rest just... wasn't.
Add to that the fact I didn't really get it and you can see why I got bored!!
(I'm really sorry to those of you reading who are actually American, who are probably thinking I'm really stupid and ignorant!! I've never watched American football before so I think all the stuff you're used to- like the time stopping, was really unusual for me!!)

Still, the real American experience was fun!!
We watched the cheerleaders, and, wow are they perky!! I definitely would not be able to stay looking that happy for three hours!! They were fun, it wasn't quite Bring It On, but they were cute and they did cool lifts like this :]] 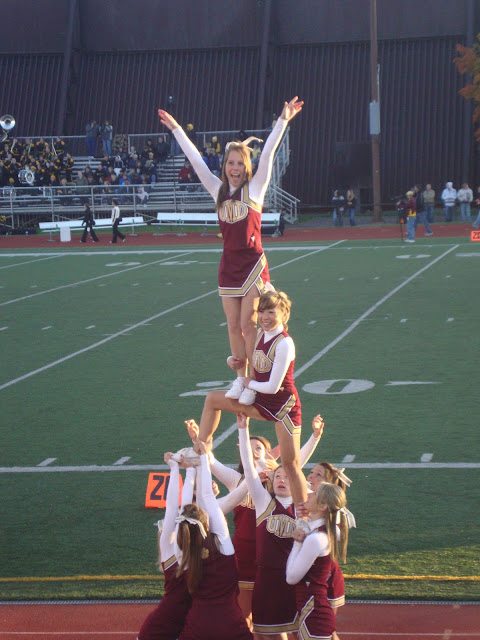 There were SO many people there though, and the whole place was just a sea of maroon. I bought a UMD Bulldogs tshirt (which I am wearing right now) for the game, although I think I won the award for most-over-dressed-person-at-a-football-game in shorts, pearls and a blazer over my supportive shirt. It was nice to see everyone's enthusiasm and excitement. Definitely very different to at home. We're much more reserved and bitter than perky and over-enthusiastic. 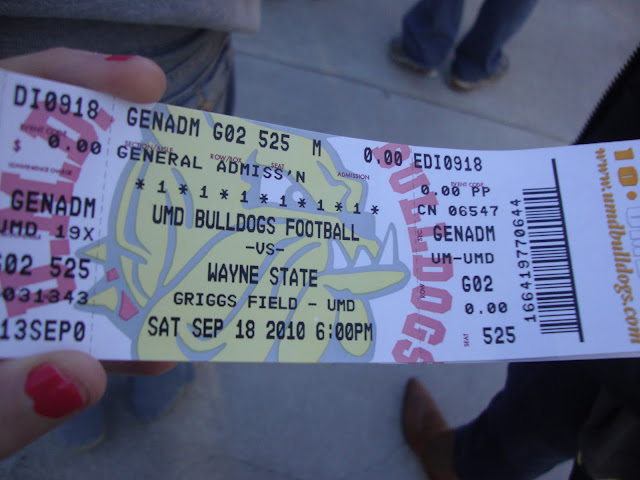 Half-time was fun though!! We got hot drinks because we were FREEEEEZING (even though my hot chocolate burnt my tongue :[[[) and then the other team's marching band and cheerleaders performed and then ours. God, the cheerleaders for the other team were AMAZING. Their marching band did Poker Face and what I'm pretty sure was thnks fr th mmrs, which got me very excited!!

Our marching band were good though; and they did Don't Stop Believing which was very cute and appropriate. Our dance squad were awesome though. I thought about going to try-outs but I realise now I would have been nowhere near good enough!! 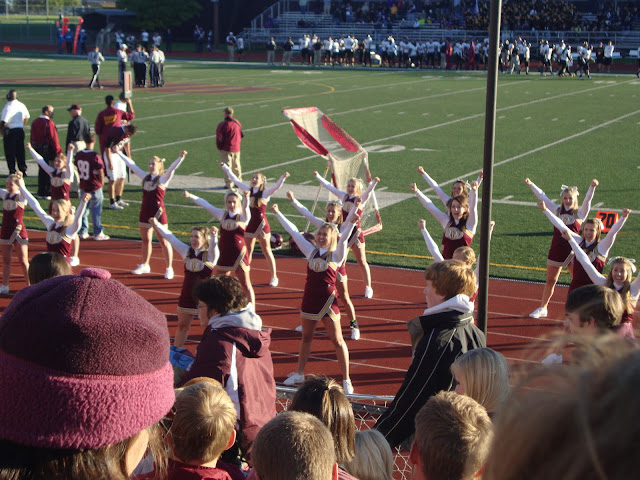 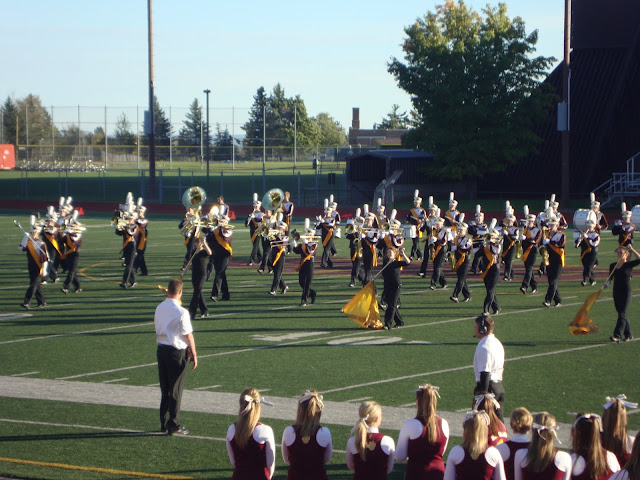 We stuck it out until the end though, and the Bulldogs won 42-10 so at least we went to a game where we actually won!! We might not go again, but if we do we'll go prepared!! But it was a great experience to have had, and now I really feel like I'm in America!! Plus, if nothing else, Lauren and I had a photo with the mascot. 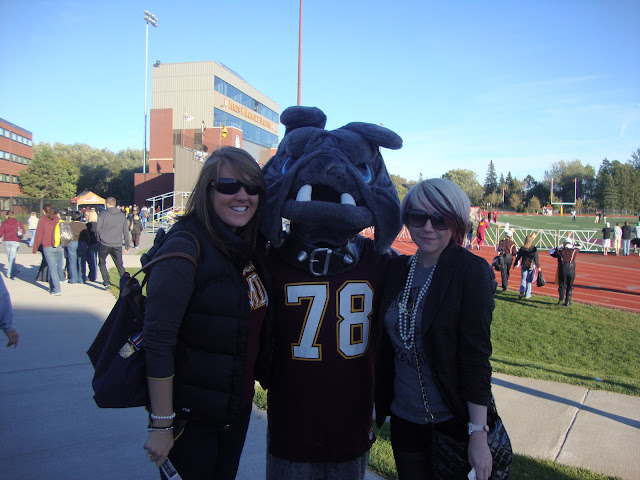 So beer pong, red cups and football games, am I a real American girl or what? :]]]

I'm going to get my laptop looked at in a bit and hopefully I'll be able to get all my files back, which means I should be able to edit my photos from Saturday and have a chance of putting them up.

How was your weekend? Is football normally more fun? Did I miss the point? Should I go again? Let me know, American boys and girls!!