We're all looking for something, something to be 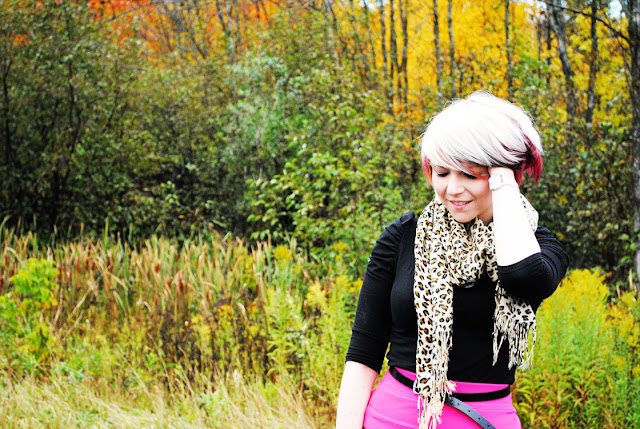 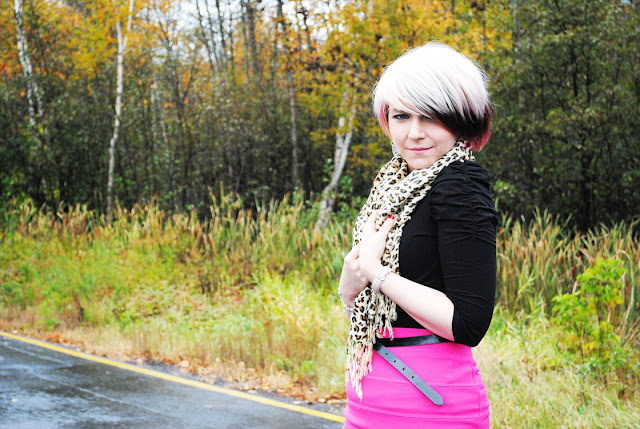 These photos were taken by the lovely Ashley of Two Eyes in the Mirror. We took about a million photos between us using her camera and the one I rented from the library. The ones above and quite a lot of others in this post were taken on the camera I borrowed- isn't it awesome? I'm going to be borrowing it all the time!! When I went to take it back (reluctantly!!) I told the lady I wanted to keep it, but might rent it out again on Friday. She said Fridays are busy so I'll probably have it again by tomorrow!! 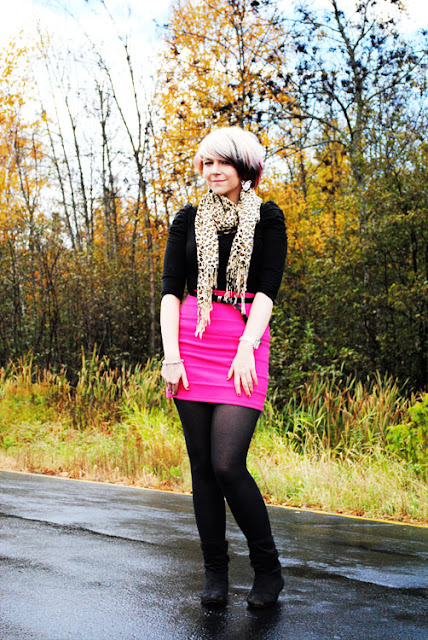 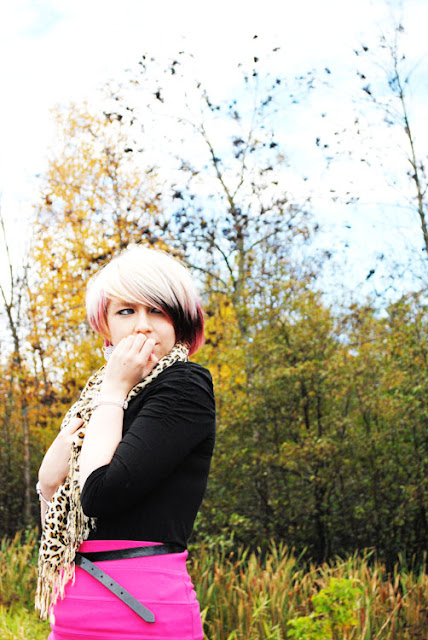 This is the outfit I was talking about in this post. I don't love it quite as much second time around, but a few people had been intrigued by it, so I thought I'd wear it again today. This leopard print scarf is my baby. It's actually a different scarf from this post because that one went AWOL before I left for America, but this one is a nice warm woolly ones for a lovely Duluth winter!! 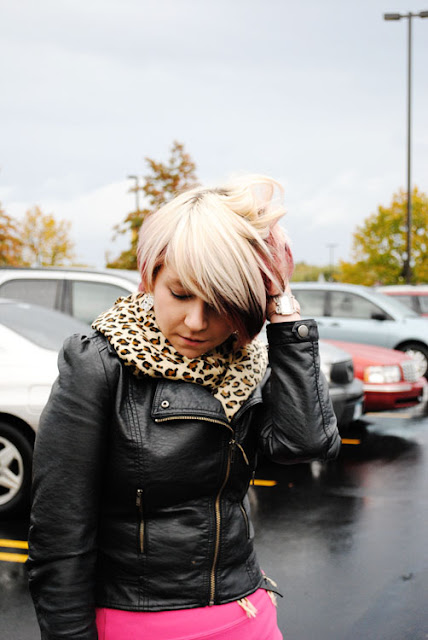 Speaking of that post though, it came to bite me on the bum. My mum rung me and I asked if my clothes were on the way and she said "oh well I read your blog and it sounds like you're enjoying having a small wardrobe." No!! You weren't supposed to read that!! 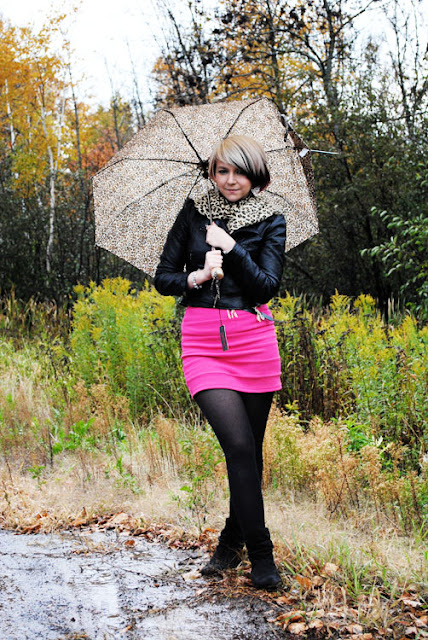 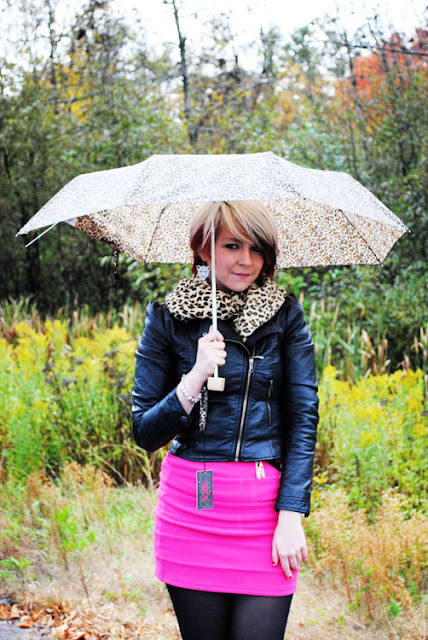 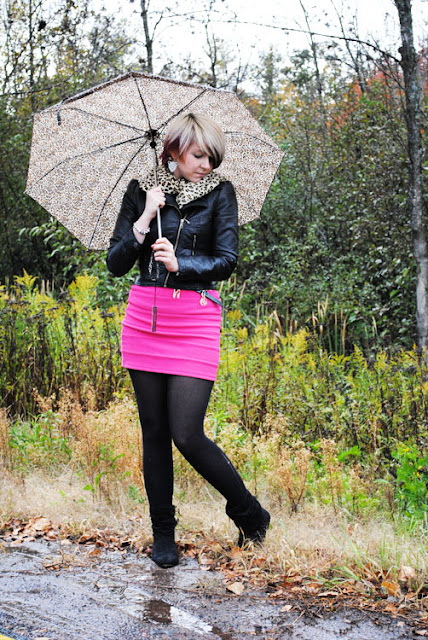 While I was sat in my journalism class just before we went to take photos it started to rain. I thought, oh no, the photos are going to look awful!! But then I thought, oh well, at least my umbrella matches my outfit. I'm not sure if you can really see from these photos but it is in fact leopard print (of course!!). I got my boots are muddy taking photos in the nice greenery though :[[ 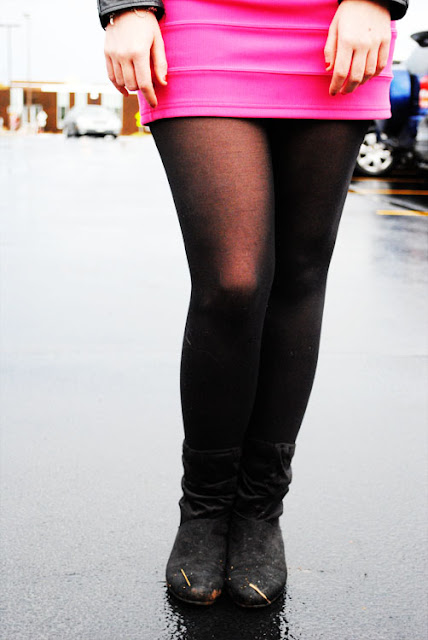 (I wish I could photoshop out the bits of crappy leaf on them!!) 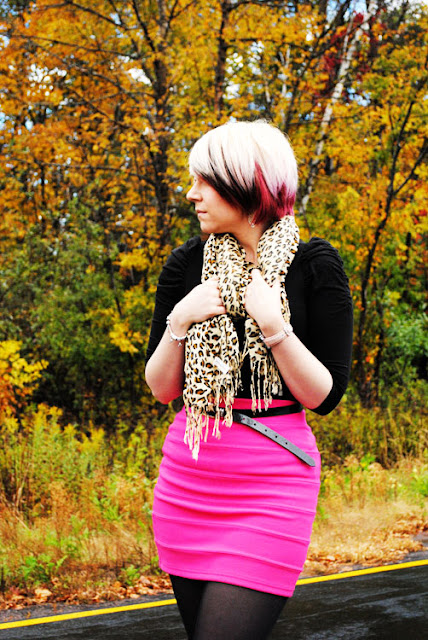 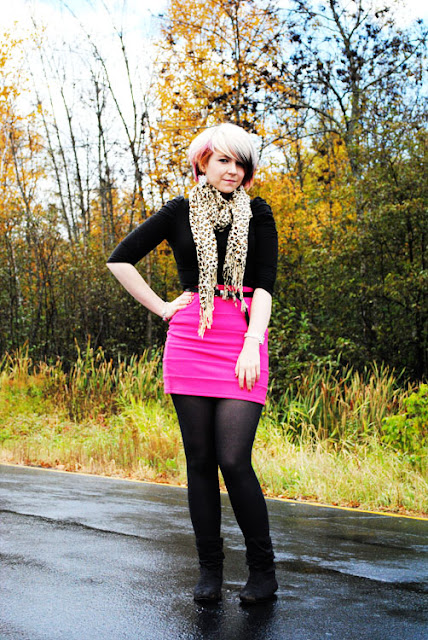 Ahh Ashley just sent me the photos from her camera now but a lot of them are blurry apparently so she's only sent me a few!! The ones I took look okay though- maybe they'll make a photographer of me yet!! Hopefully she'll get all the files I'm sending her now- MegaUpload seems to be being a little biatch!! 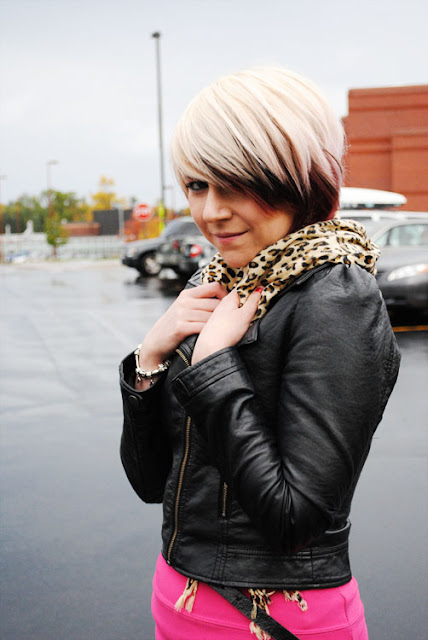 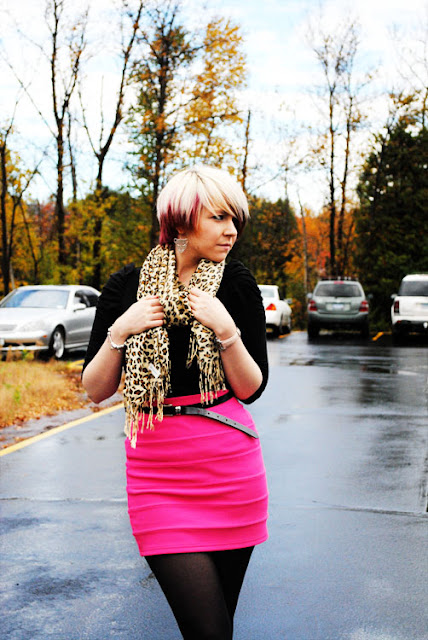 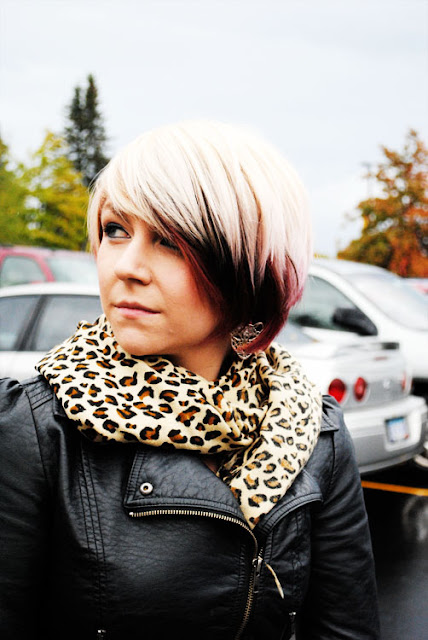 I went crazy this morning trying to find these earrings!! I always wear them when I wear leopard print because they're just so perfect. My friend Eve bought me them a while ago, but I just love them- probably my favourite earrings!! 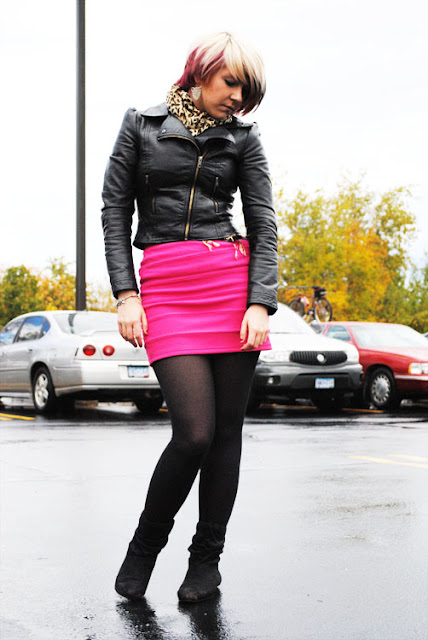 Sorry this post is so photo heavy. I get excited when I have such good photos!! I am definitely renting this camera out again and persevering with it on self timer. I want it so badly- the photos just look so much better than with my little point and shoot, bless it. 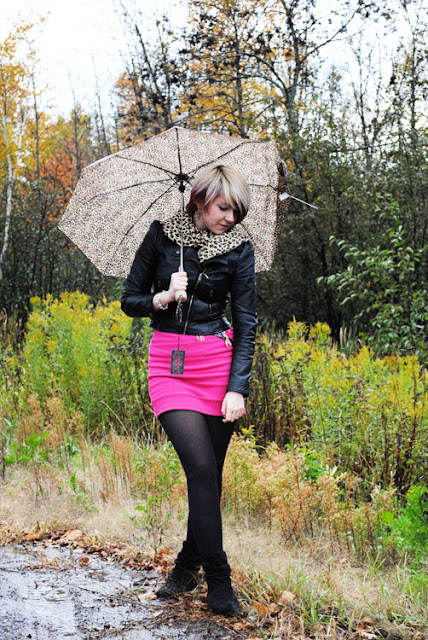 Oh and if you're at all interested in my journalistic achievements, my second column is up on the University website. I know you've all read so much of my stuff about being away from home and homesickness but I do really love this one. My housemate and her friend found it hilarious apparently!! You can read it here :]]]
Well that is definitely more than enough photos for one day!! I am already in my pajamas (it's 6.15pm)- well I went to the gym and had a shower and thought well, I'm not going out again today!! I have a wonderful evening of homework planned-whoopee!!
Hope you're having a fabulous Wednesday,
Charlotte xxx
Labels: autumn duluth fall journalism leather leopard minnesota mixing prints outfit photography the statesman writing