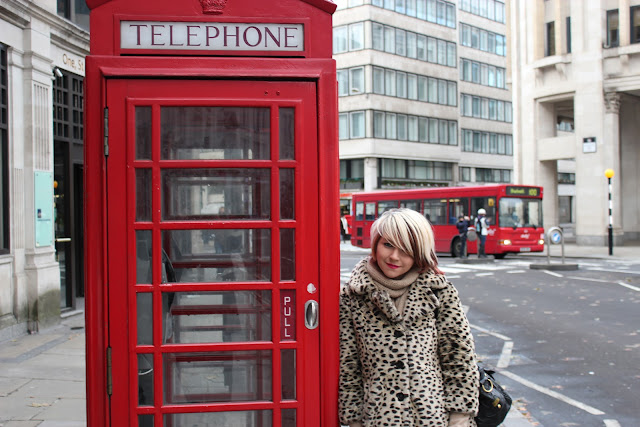 Those of you who have me on Twitter (and if you don't then shame on you!! @gnd_fashion) will know that I ended up having no internet this weekend. I had a few moments of wireless here and there but although we brought the laptop with us we decided against paying for wireless in the hotel. We were far too busy for that!!

I've had an absolutely fab time, it was actually what I wanted to do. Obviously there were a couple of compromises but I had a lot of fun. After being in America for 4 months I just wanted to be really really British for a while!!

I got to see lots of things and take about a million pictures. I had a great time with my parents, which I loved. I mean, there were a couple of things that wound me up. I tend to dislike Londoners who seem to think that London is the only place in England, especially as this morning I heard someone on TV talking about how "people up North have such hard lives." Sorry, what? And I hated all the pretentious posters about how amazing London and Londoners are; as much as I can't wait to live down there (I plan on doing my masters in London) I am a true Northern girl!! Here's what I did...


We got the train from Manchester about 10.30am on Friday and arrived in London at 12.30am. I love living in such a small country where you can travel about a third of the way across the country (as in England, not the whole of the UK) in just a couple of hours. We dropped our things at the hotel and got the tube to the museums. I absolutely love the tube, it's such an amazing idea and so quick!!

First we went to the National History Museum which was awesome. They had a mechanical dinosaur which was amazing. I did make a video but it's too dark to have come out well. I might post it up but you don't really get the true effect and all you hear is me saying "I'm not sure if it's working!!" 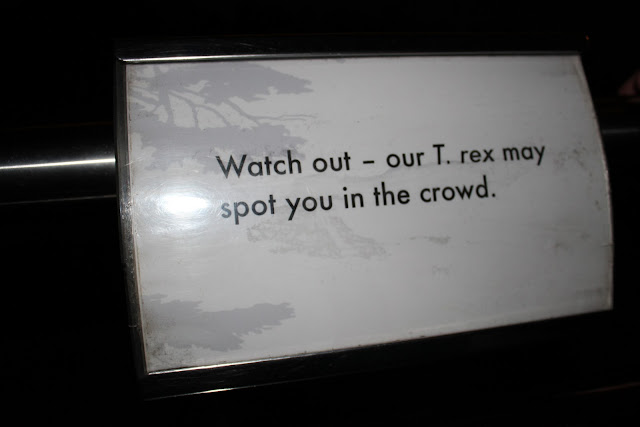 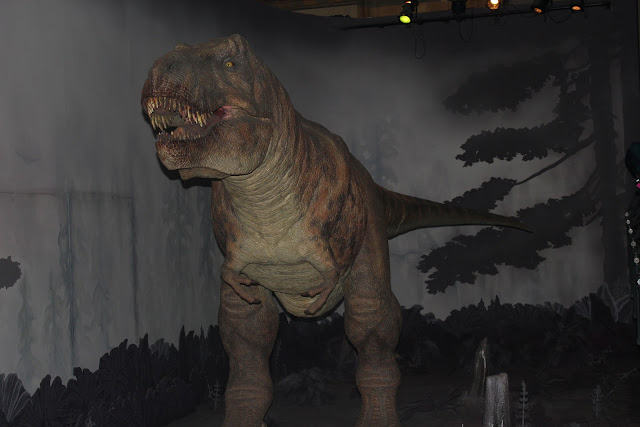 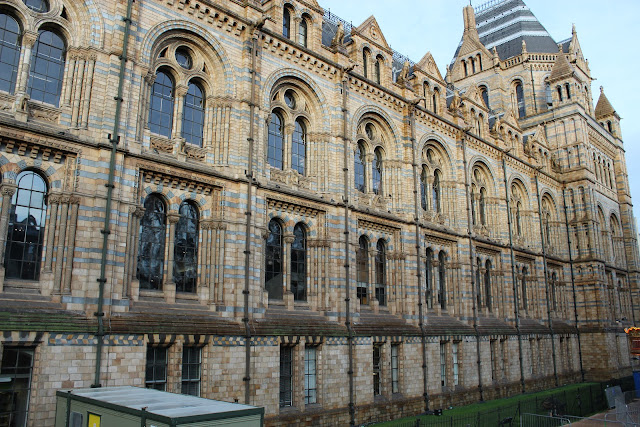 And of course I had to have a picture with a stuffed panda!! As much as it freaked me out... 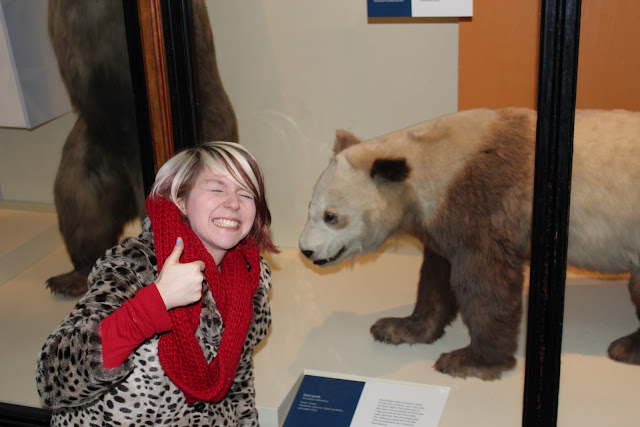 Then we headed off to Covent Garden where we had a bit of a walk around, watched a great string quintet and had dinner. After that we went to a great little comedy club which was a lot of fun!!

Day Two
My main aim of the second day was to go to the Globe. I am an English student and therefore a huge Shakespeare nerd and I loved studying him again this semester. It was because of my Shakespeare class (and amazing teacher) that I decided I wanted to go to London. I was so excited to be at the Globe- it was like Disney land for me!! We went on a tour and then were able to walk around the museum. I also bought a poster, which I will take a photo of when I find a place to put it!! I was upset though because I wanted to go see Hamlet at the National Theatre but it was sold out.

I attempted to do a photo an hour but it ended up just being a selection of pictures!! 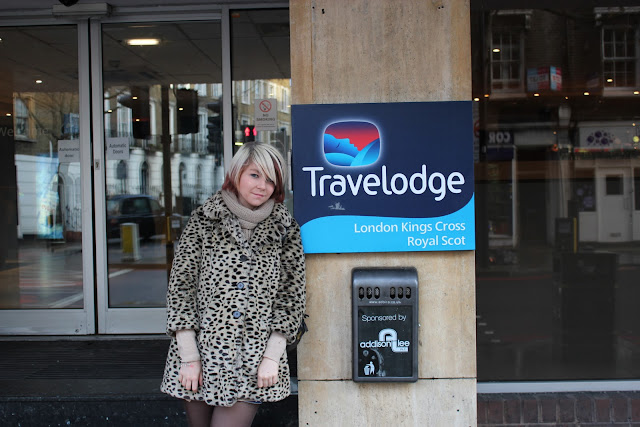 Outside the hotel, naturally. 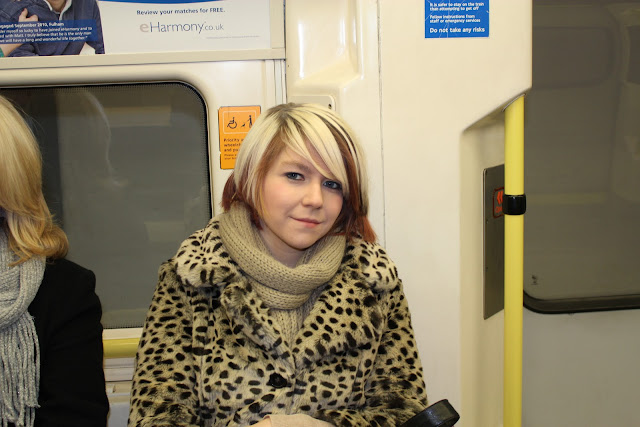 And on the tube. 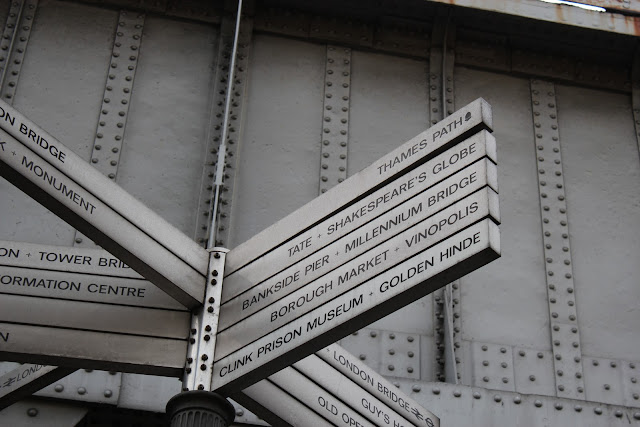 Getting a bit lost on the way to the Globe... 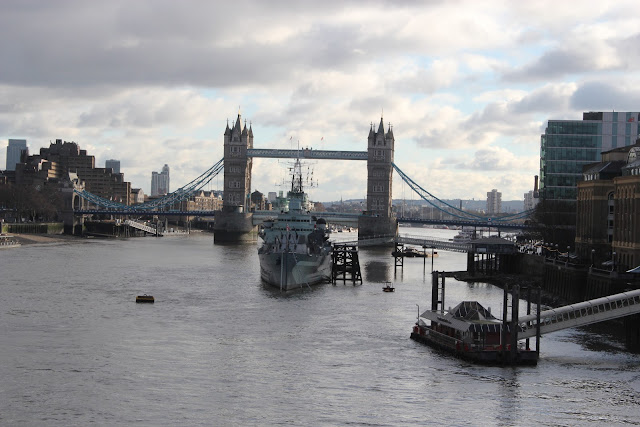 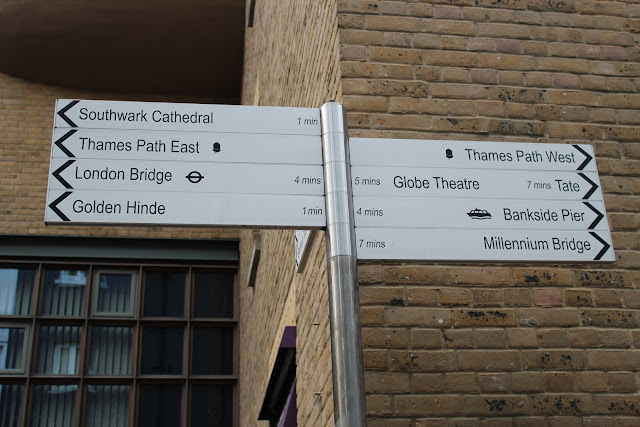 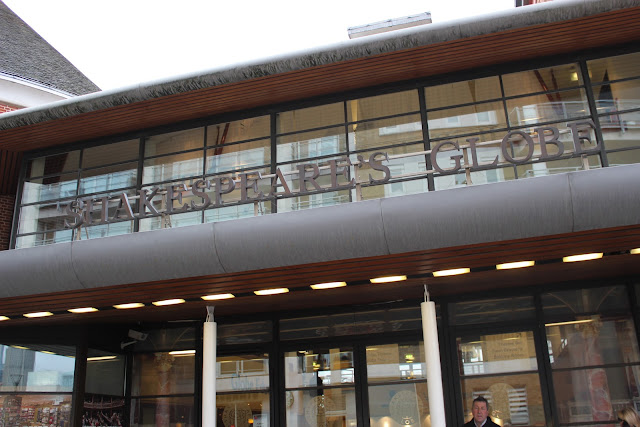 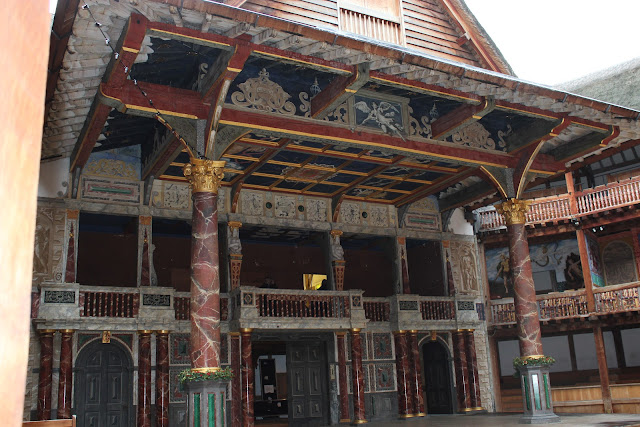 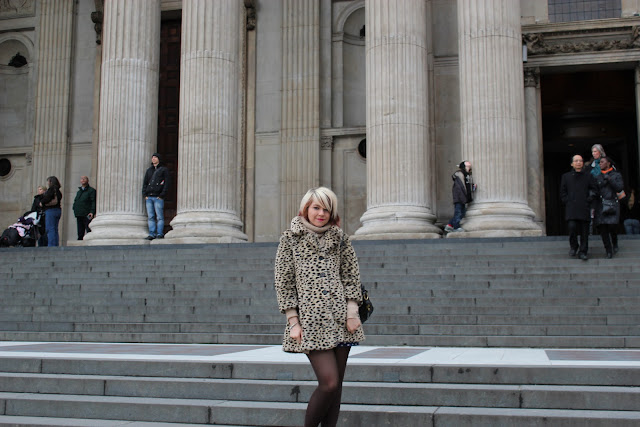 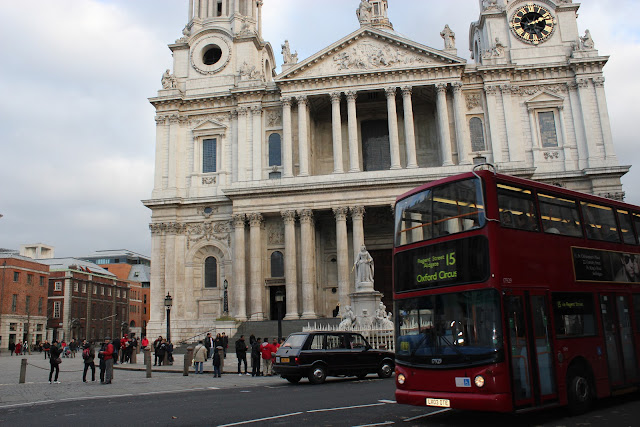 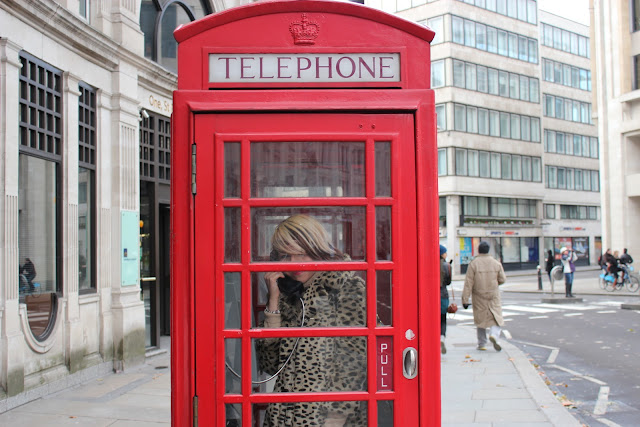 Of course, I had to get into a London phonebox. I have actually never, ever been in a phonebox before because they kind of freak me out!! We have red post boxes up near me but not red phone boxes. Nor red buses!! 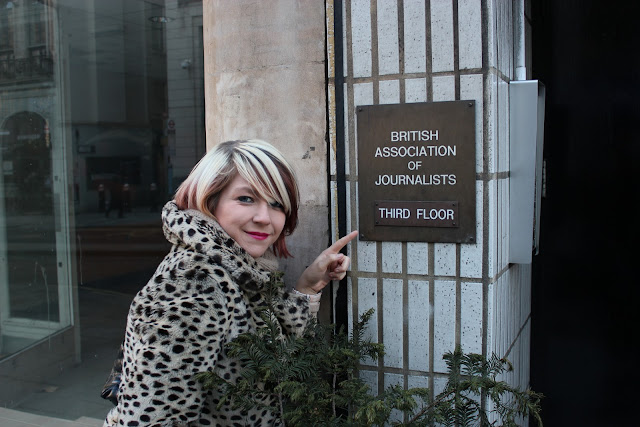 Okay, I'm a massive loser, but I got excited :PP 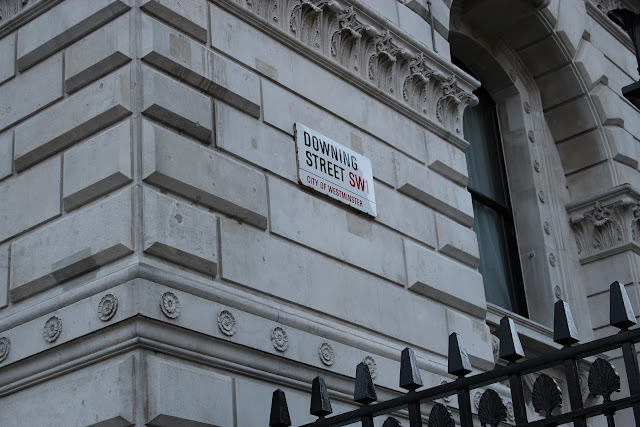 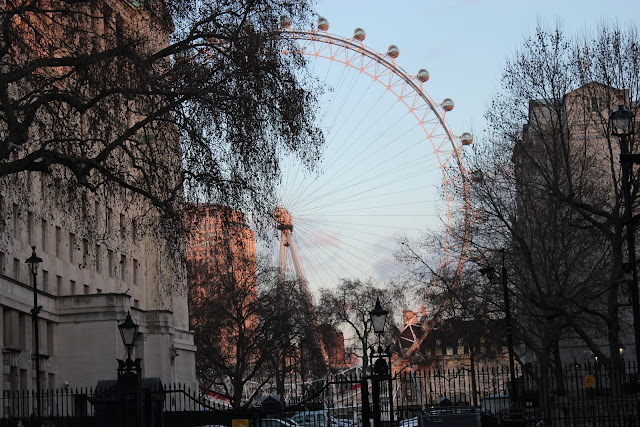 Downing street (well outside it because you can't get down there!!) and the lovely view of the London Eye from there. 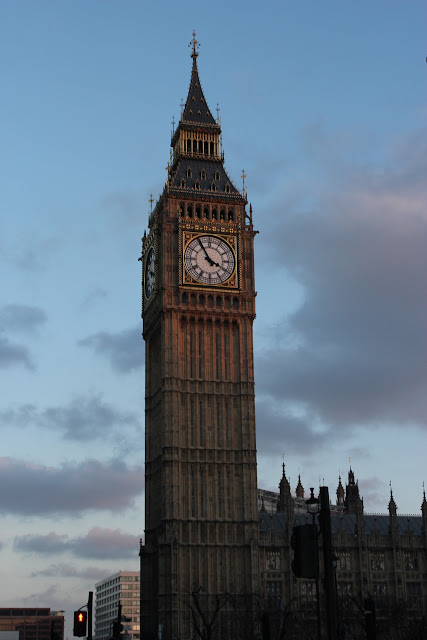 Big Ben. Which wasn't as big as I thought. But bigger than me.
As you can see we had quite a walk round on Saturday day time and we planned on going seeing a show on Saturday night. I really wanted to see Chicago but they only had the best seats left, which were extortionate, and we couldn't get tickets for Hamlet. We ended up going to see The Mousetrap, the longest running show on the West End. It's a huge mystery who commits the murders so I won't ruin it. I loved it but I did thing the end was a bit weak... though like I said, I won't ruin anything!!
We also went to the Victoria and Albert museum, and I was really excited to see their fashion section... which was closed!! I was gutted because if I'd have known I would've gone to the Fashion Museum. Ahh well, maybe next time!!
Day Three
On the Sunday we wanted to do the Tower of London, which again related to my Shakespeare work. We did Richard III this semester so I really wanted to go visit the site of the apparent murders. 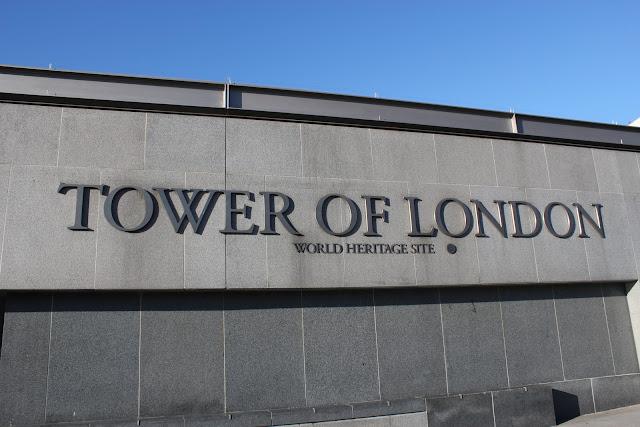 We tagged onto a tour and I learnt a lot about the history of the towers and the events that had happened there. It was really interesting, although a bit chilly!!
I then really wanted to see the standard London sights- The Houses of Parliament, Westminster Abbey,  Big Ben and Buckingham Palace. I've seen them all before but hey, you have to go right? 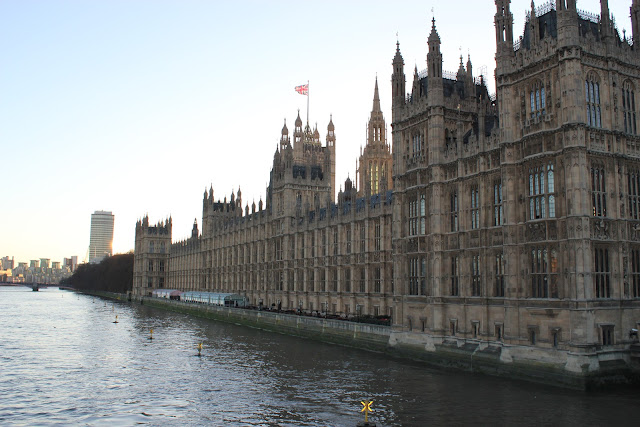 The Houses of Parliament. 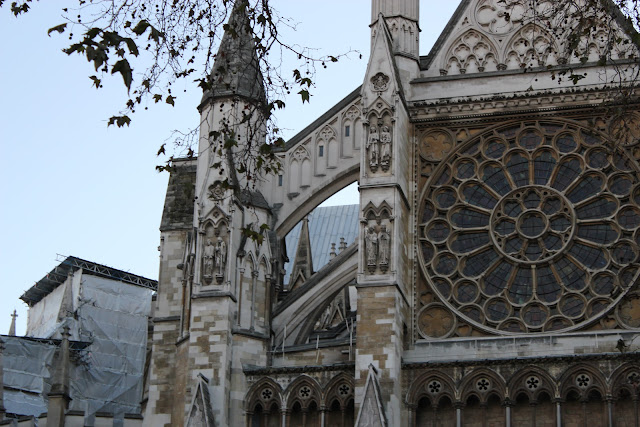 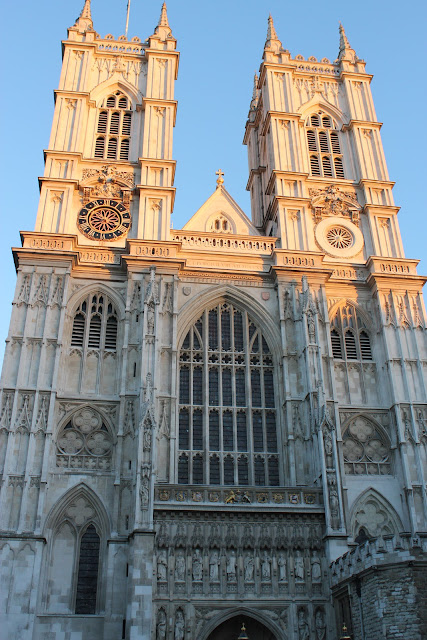 Westminster Abbey- the site of the Royal Wedding this Spring. 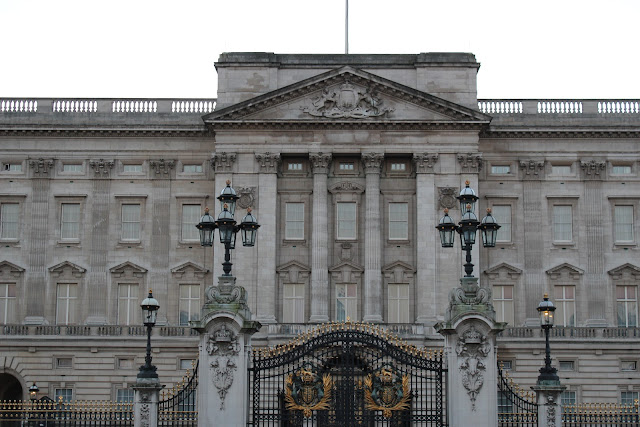 And of course, Buckingham Palace. Though I didn't get to see the changing of the guard!!
We headed then to Trafalgar Square and went to the National Gallery for an hour. We spent a few hours then having dinner in Leicester Square and chilling out before going to see The King's Speech which I loved, and would highly recommend!! Definitely worth the hype.
Day Four.
Well today we headed back to Stockport, but had a quick stop on Oxford Street. I didn't have enough money to really shop so I decided to avoid TopShop, and just got a picture. We tried to get a photo outside but every time my dad went to take it a bus went past and blocked the sign!! I did get a gorgeous duffle coat from Dorothy Perkins though with the last of my Christmas money though.  We then had a quick look around the gorgeous St. Pancras station and then headed back for our train. 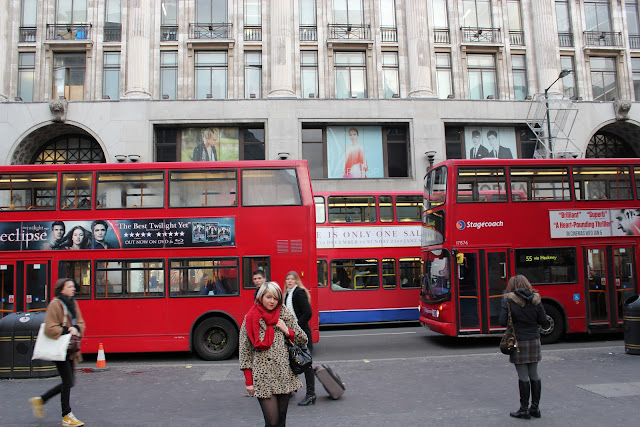 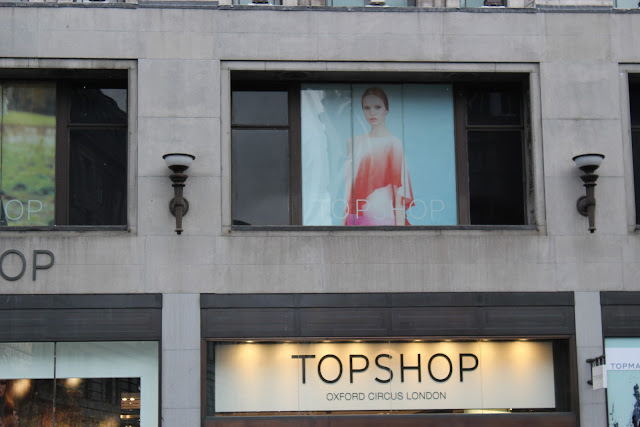