The time has come for colds and overcoats 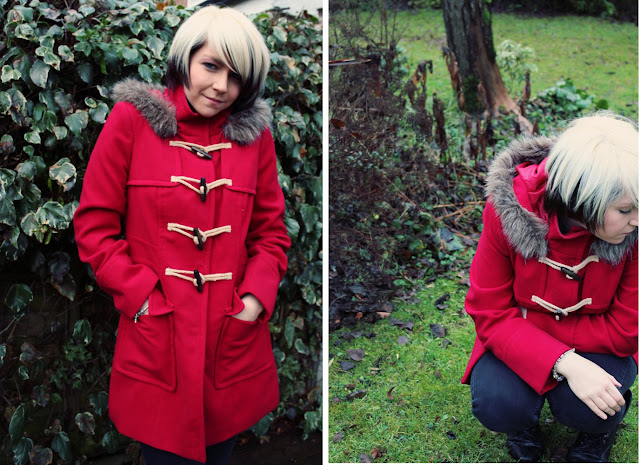 The Duffel Coat
Anyone ever heard of the mysterious Black Duffel Coat Gang of South London? It's a long shot, I know; they are slightly more unruly than the other great English duffel-coat-wearing icon Paddington Bear (depending on the level of one's admiration of cute furry animals). Paddington notwithstanding the Duffel, for me, conjures up romantic images of rough but rather fey British intellectuals, invariably tutored at Cambridge, who drink strong whiskey and have experienced complexions.
Weathered characters like Samuel Beckett, Alan Bennett, David Hockney and later Jarvis Cocker (Jarvis's style seems to encompass everything that was good about the seventies BBC wardrobe) all feel like they should have worn a black or navy duffel coat; whether or not they actually did is immaterial. Certainly the English Beatnik movement and the followers of Sixties trad jazz adhered to the more academic, literary image of the duffel coat.
- Luella Bartley, Luella's Guide to English Style 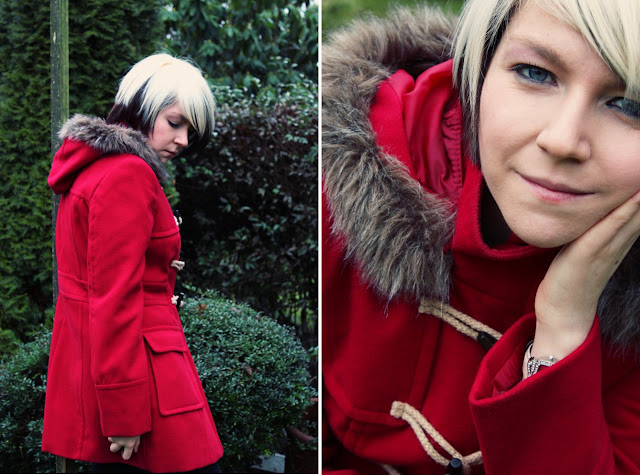 This was originally going to be a post about my love of coats and jackets, but I liked the photos so much I decided it was worth its own post. Thank you, my anonymous commenters yesterday, for what I am deeming constructive criticism. I admit now, looking over the post, that yesterday's post had way too many similar pictures and for that I apologise. From now on I am only going to use 6-10 pictures per post, and if there are more photos I will use the format I am using today- placing two photos together so the post appears less long. I have also, thank you to some more anonymous criticism, been having a go at some new poses. I think I was getting lazy with my pictures, but I'm going to concentrate on fewer, better photographs. 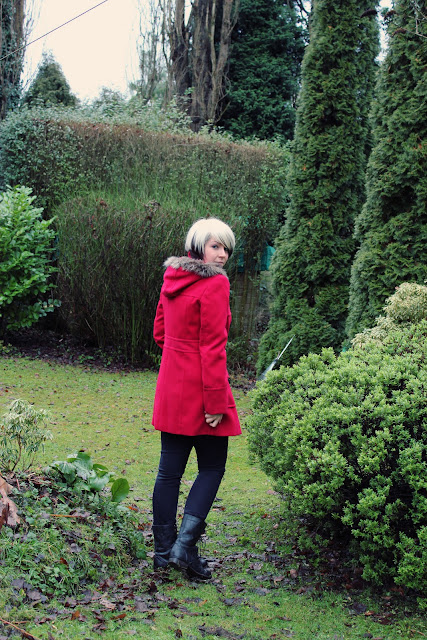 This isn't really an outfit post, per say. I am literally wearing skinny jeans and my Brand New tshirt (Brand New are my favourite band, fact fans!!), but I wanted to keep what could be seen under my coat simple for this outfit. I think in some pictures my coat looks too big, but I almost always buy coats a size bigger to allow me to wear more layers underneath, but in these pictures I am only wearing a tshirt underneath so it doesn't look as fitted. 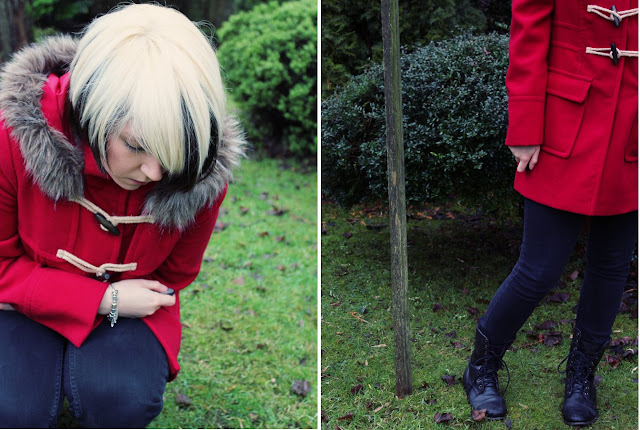 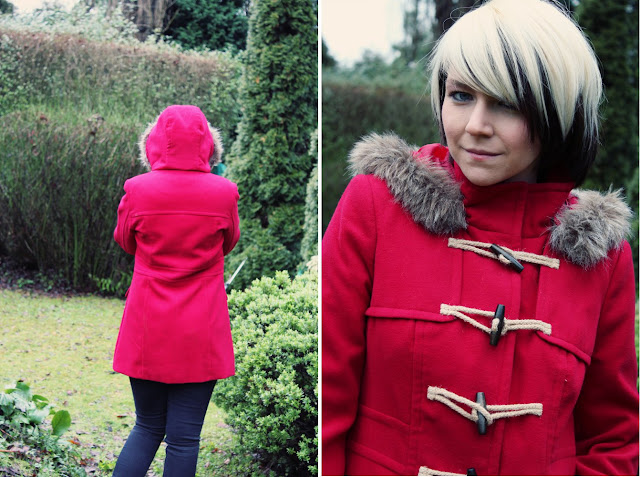 I couldn't resist this coat. I was surprised by the number of people, both here and on Chictopia saying how much red suits me. As I said yesterday, I avoided the colour for years as it clashed with my pink hair. It's great to embrace such a strong, powerful colour again. While I was in London I found myself constantly admiring the duffel coats walking past me on the underground. I had spotted this one online and couldn't stop thinking about it. When I went to Dorothy Perkins on Oxford Street I knew I had to have it. I spent half an hour contemplating before spending the last of my Christmas money on it. I don't regret it one bit- I love it!! 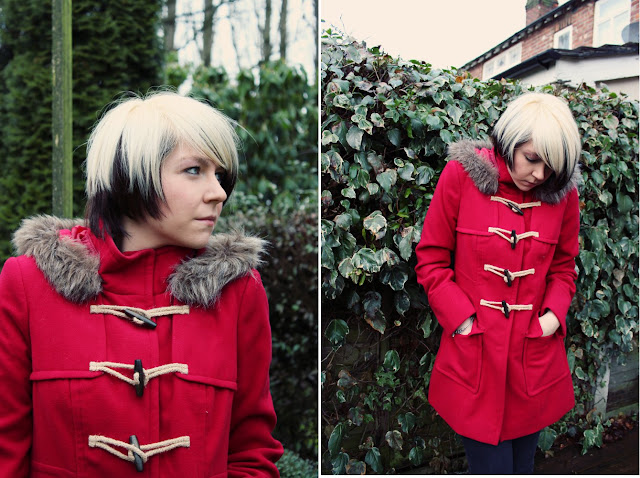 The opening of this post is from Luella's Book of English Style. As I've mentioned before, being both away and home has made me immensely proud of being English and this book really epitomises English Style and is a fascinating read. I'm half-reading it in depth and half skimming through but I will definitely be telling you more about it soon. I'm enjoying the final few days of being able to read for pleasure- I'm currently reading To Kill A Mockingbird, which I've always been ashamed of having never read!! 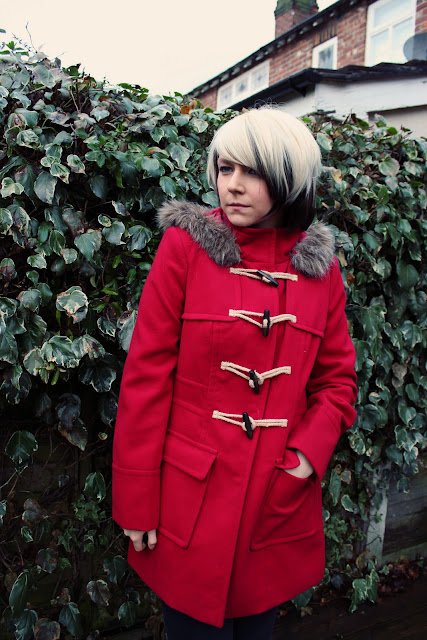 Well tomorrow is my final day in the UK until June. I'm sad but excited. There are a lot of things and a lot of people I have missed back in the States and I'm excited to continue with my year abroad adventure.

Also- I am definitely, definitely doing a whole blog redesign in the next week or so. I'm starting to hate the header and I want something prettier. Wish I still had my old CSS skills!!

Have a lovely day!!